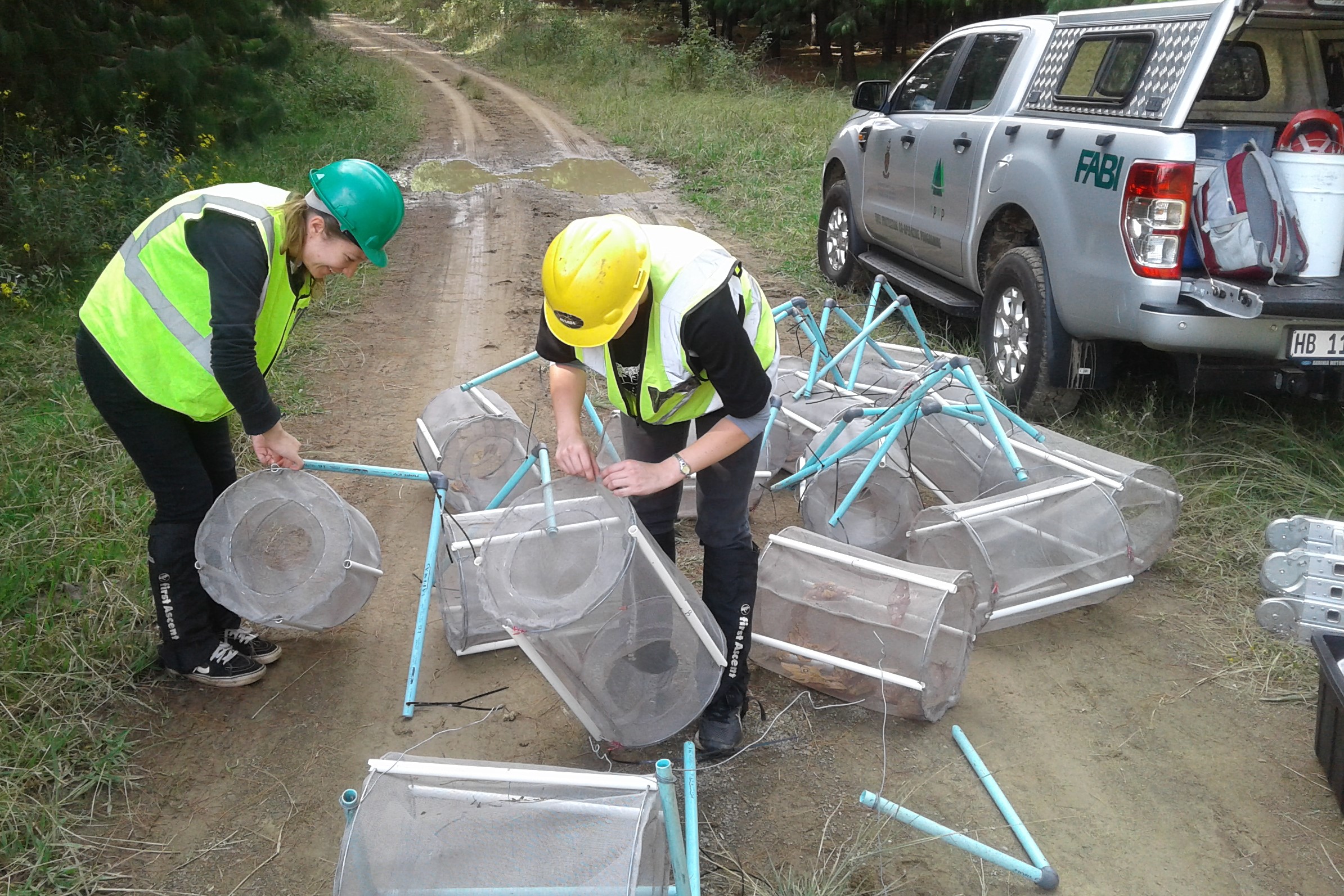 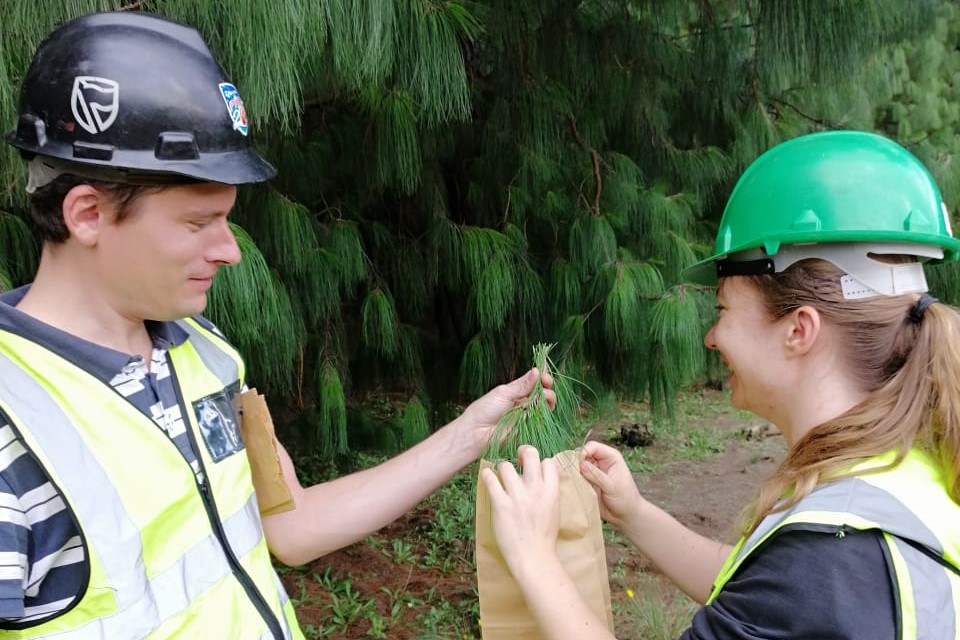 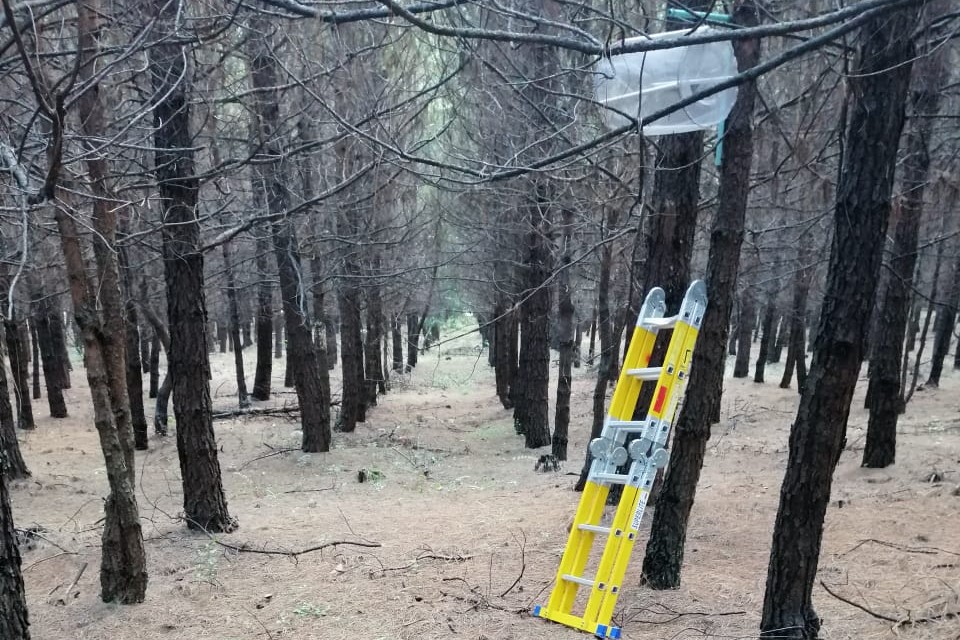 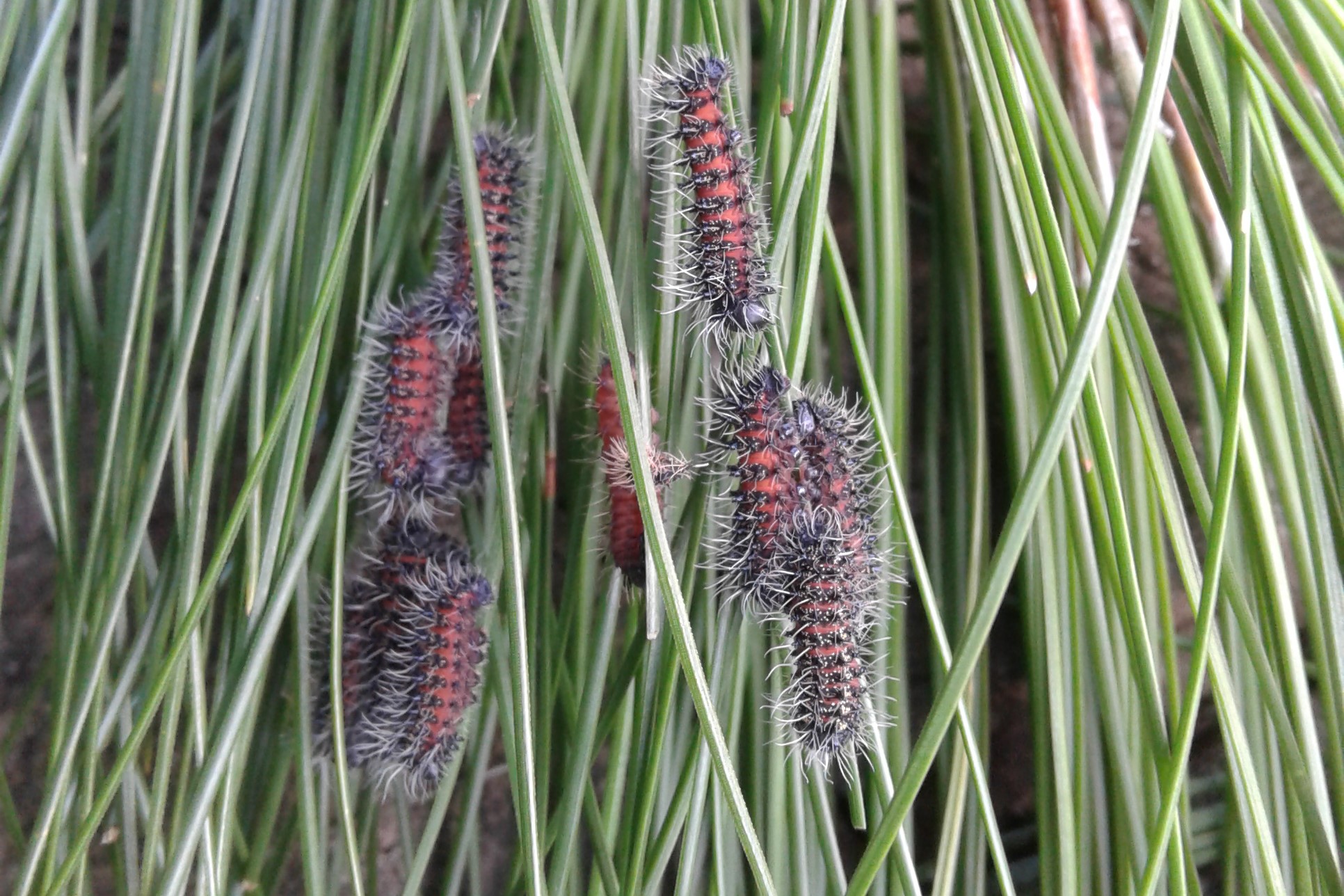 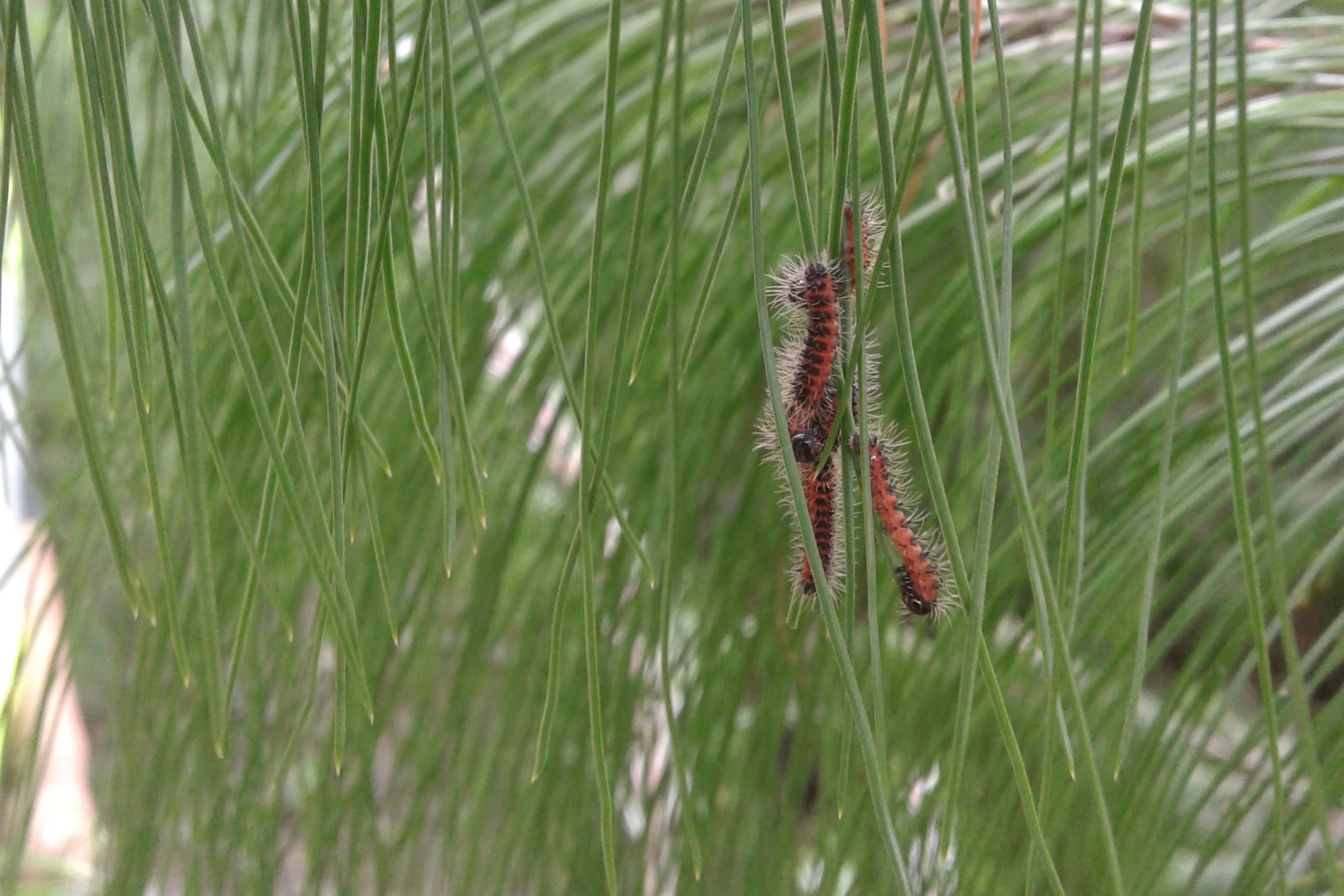 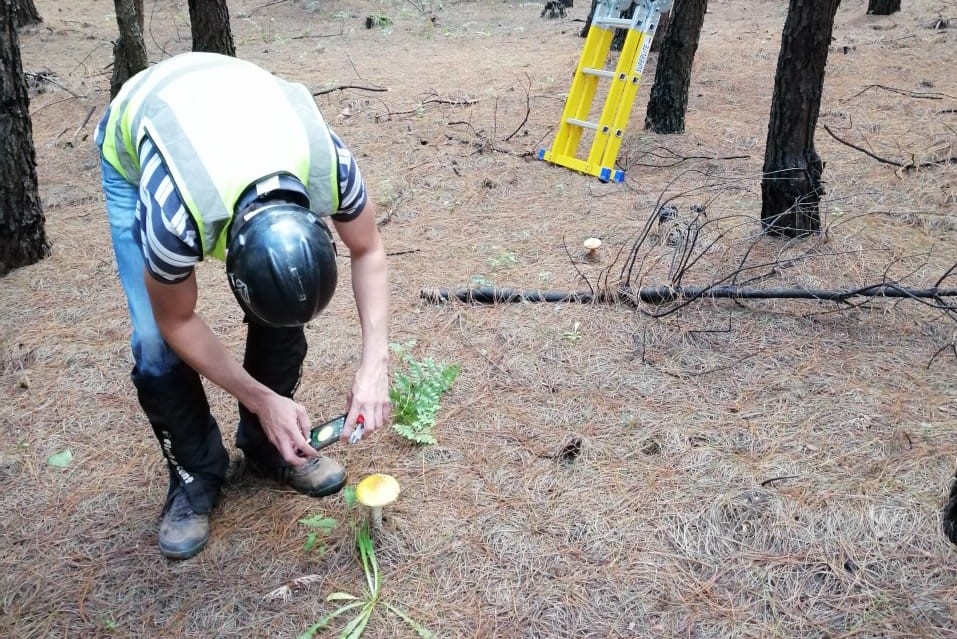 FABIans Dr Marc Bouwer, Luki-Marie Scheepers and Rosa Knoppersen had a short field trip to Bulwer in April to to service and remove pine emperor moth pheromone traps that were previously deployed in that area. The pine emperor moth is a native insect pest in plantations, where it can cause severe defoliation.

The pine emperor moth field trial tested a few ‘unknowns’ regarding the known pheromone. Firstly, we were interested to see if we could develop an artificial lure loaded with the known pheromone compound. Secondly, we tested a custom-made trap design, to examine its ability to trap such large moths. Lastly, we were interested to see how the artificial pheromone lures compared to calling females.

The results from these initial trials are very exciting! The pine emperor moth pheromone appears to be a very potent attractant. And the custom-built traps were effective at trapping the moths in the field. After this positive start, further work will focus on optimising the traps, and investigating possibilities to use these traps as a monitoring tool, and potentially for mass trapping purposes.

A big thank you is extended to Prof Jolanda Roux and Kayla Noeth of Sappi for helping service the traps. We also thank Pemberayi Nyamande of Sappi Bulwer, who allowed us to work in the plantations.