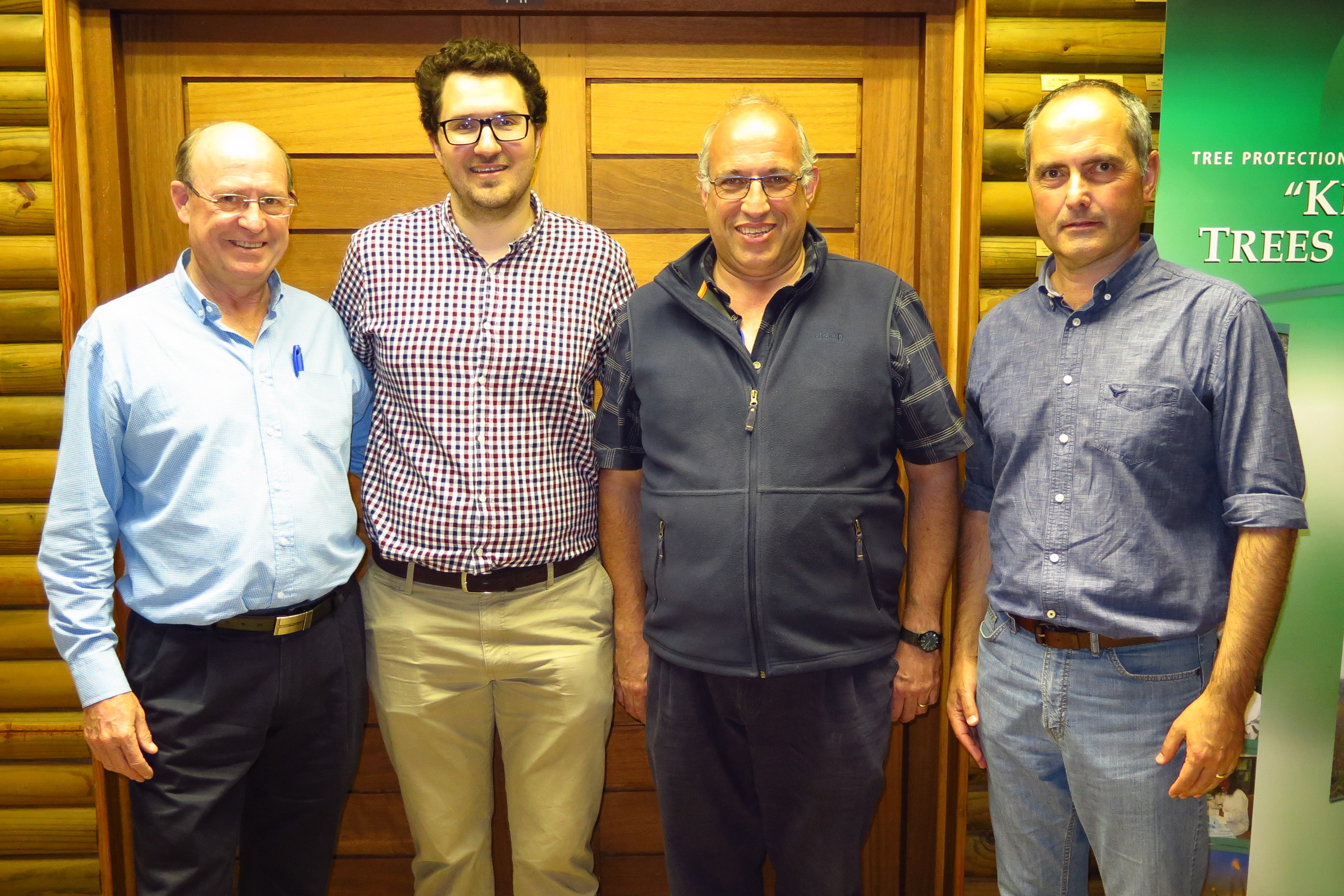 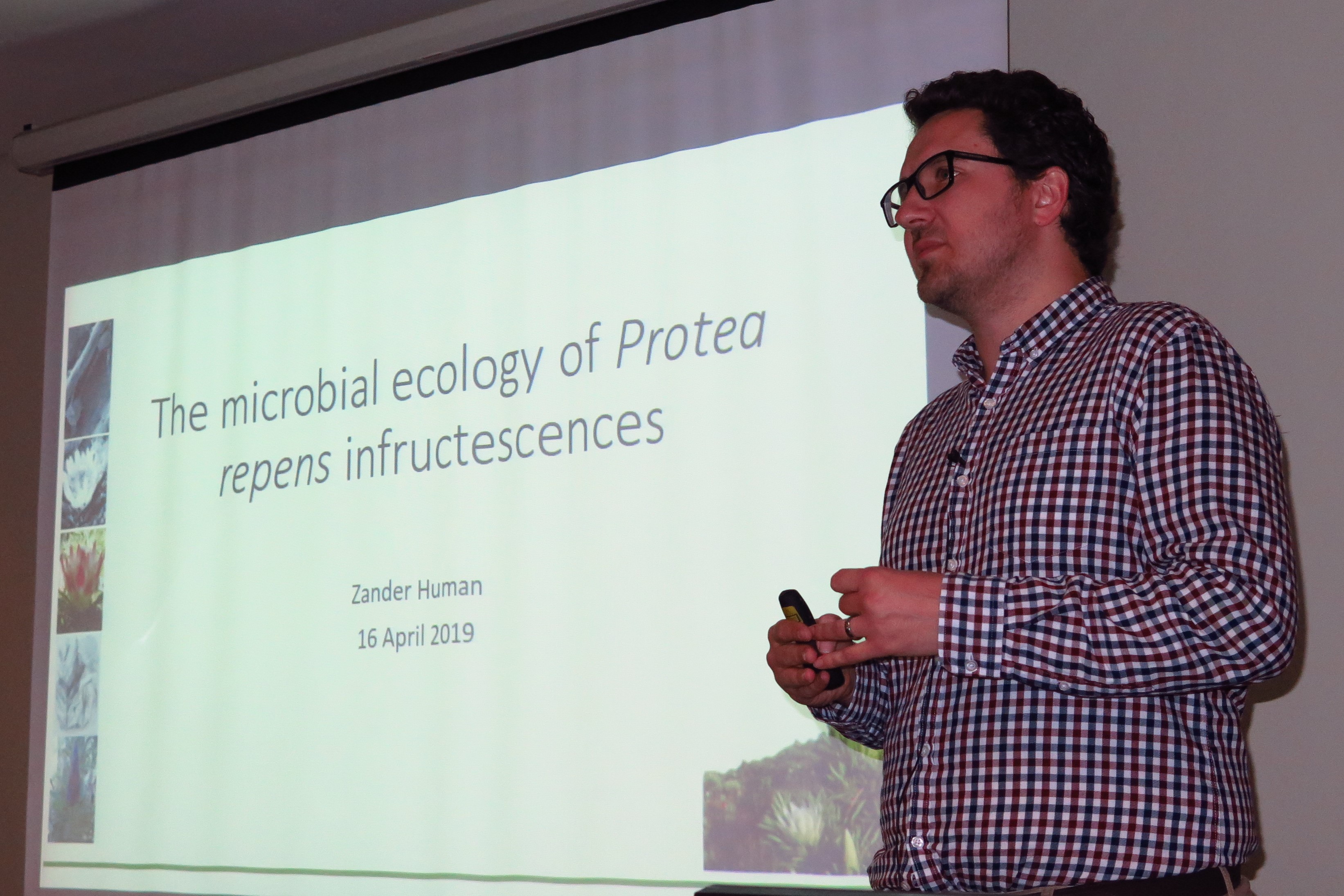 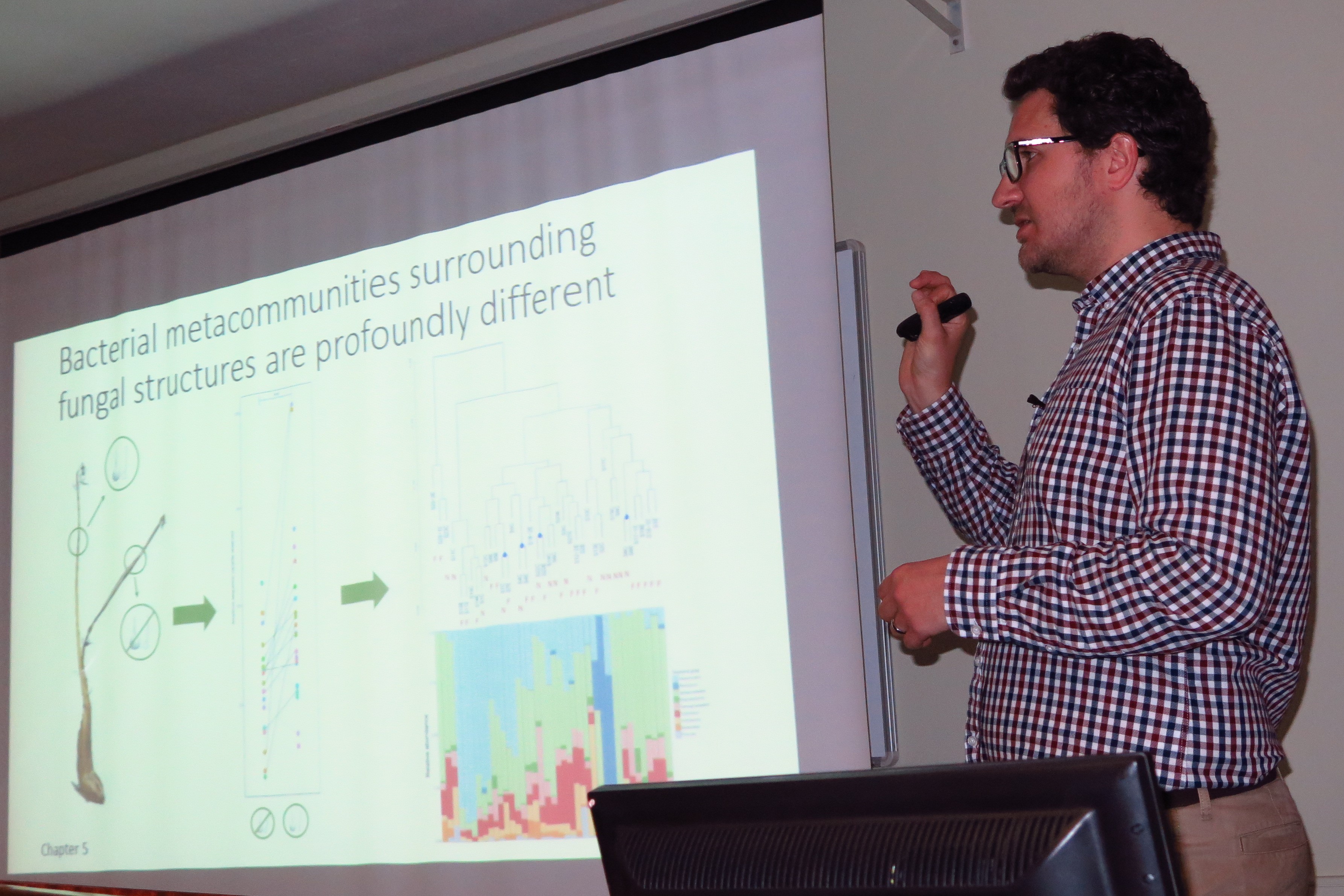 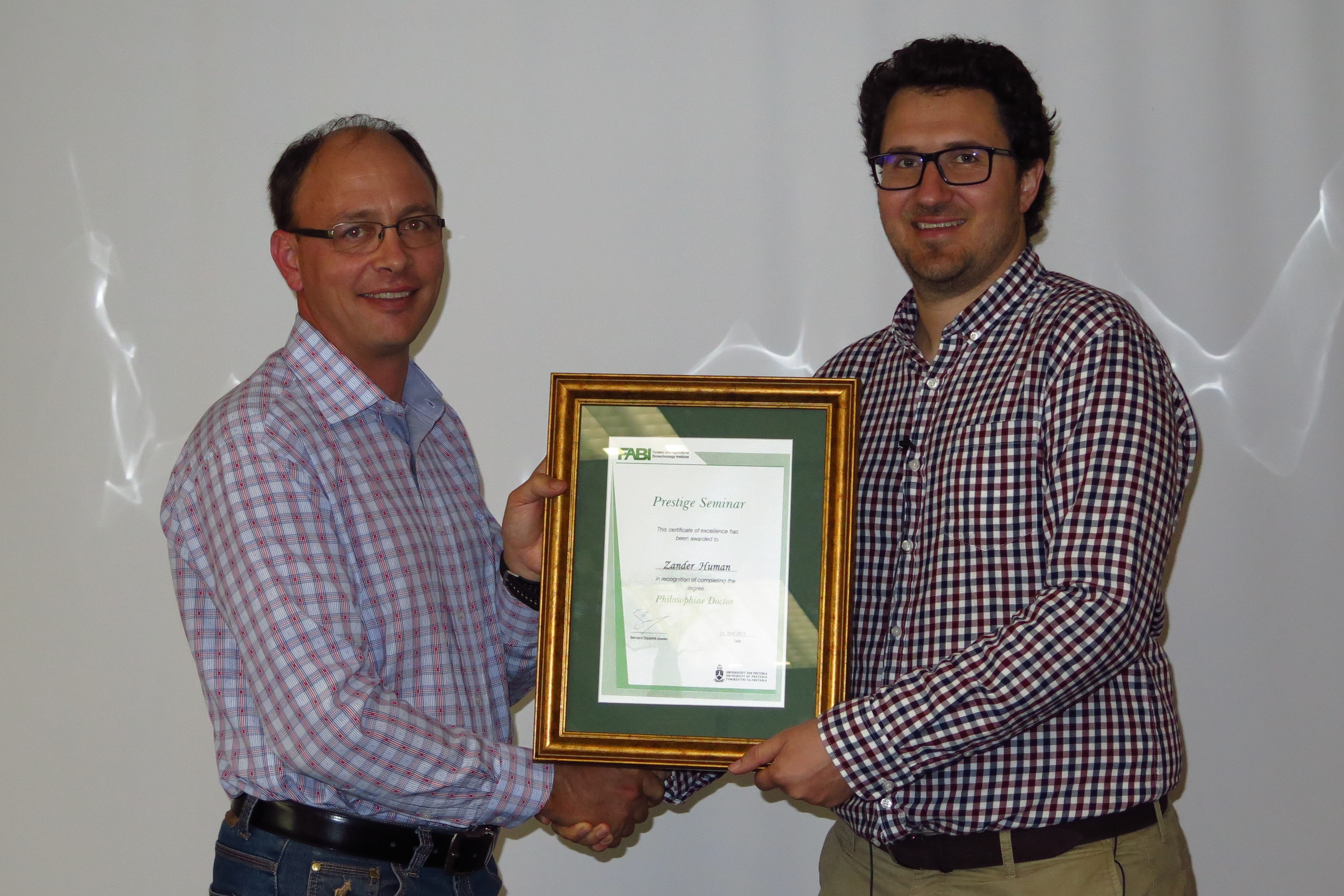 Zander Human successfully defended his PhD thesis after presenting his prestige seminar in the FABI auditorium on 16 April, meeting all the requirements for a doctoral degree. The title of his seminar was “The microbial ecology of Protea repens infructescences”. The presentation was a summary of his PhD research study, which he completed with Professor Wilhelm de Beer, Prof Fanus Venter and Prof Mike Wingfield as his supervisors.

Protea repens grow on nutrient-poor soil in the fynbos biome, a habitat prone to fire. Fire serves as an environmental cue for the release of seeds stored in the reproductive structures of mature P. repens called infructescences. Zander’s study sought to identify the microbial communities present in the various flower stages of P. repens using high-throughput sequencing. He found that the infructescences were abundant in fungi, especially Knoxdaviesia and Sporothrix species, which are vectored by mites.

Zander identified not only fungal communities present in the structures but also bacterial communities. These included actinomycetes in the mature infructescences. He described the infructescences as a “unique” habitat for actinomycetes, especially Streptomyces with their anti-fungal properties. They serve not only as storage organs for seeds but also as a source of microbes to recolonise the landscape after fire. Prof de Beer congratulated Zander for “taking full control of his project” and completing an excellent study with “good publications”.