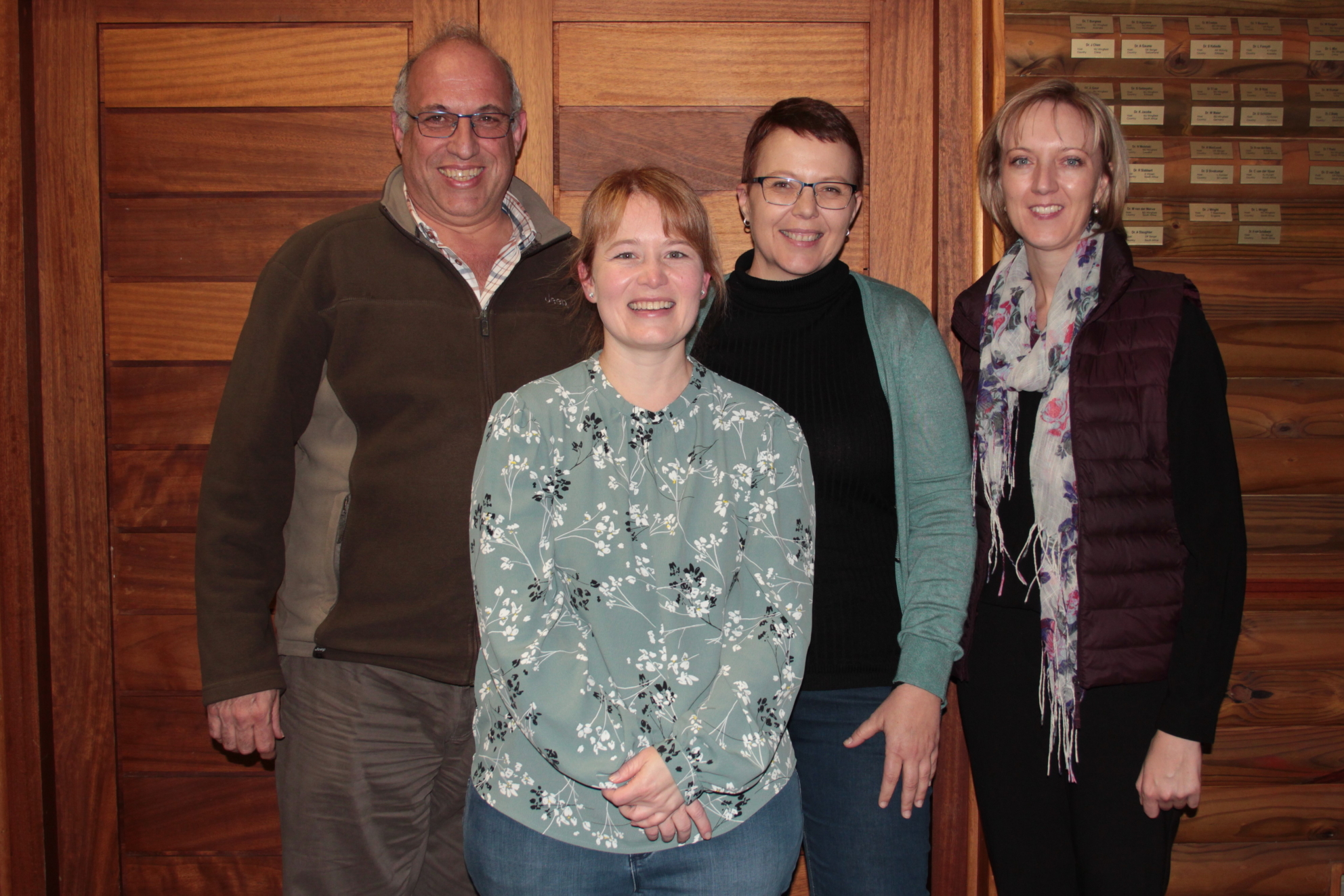 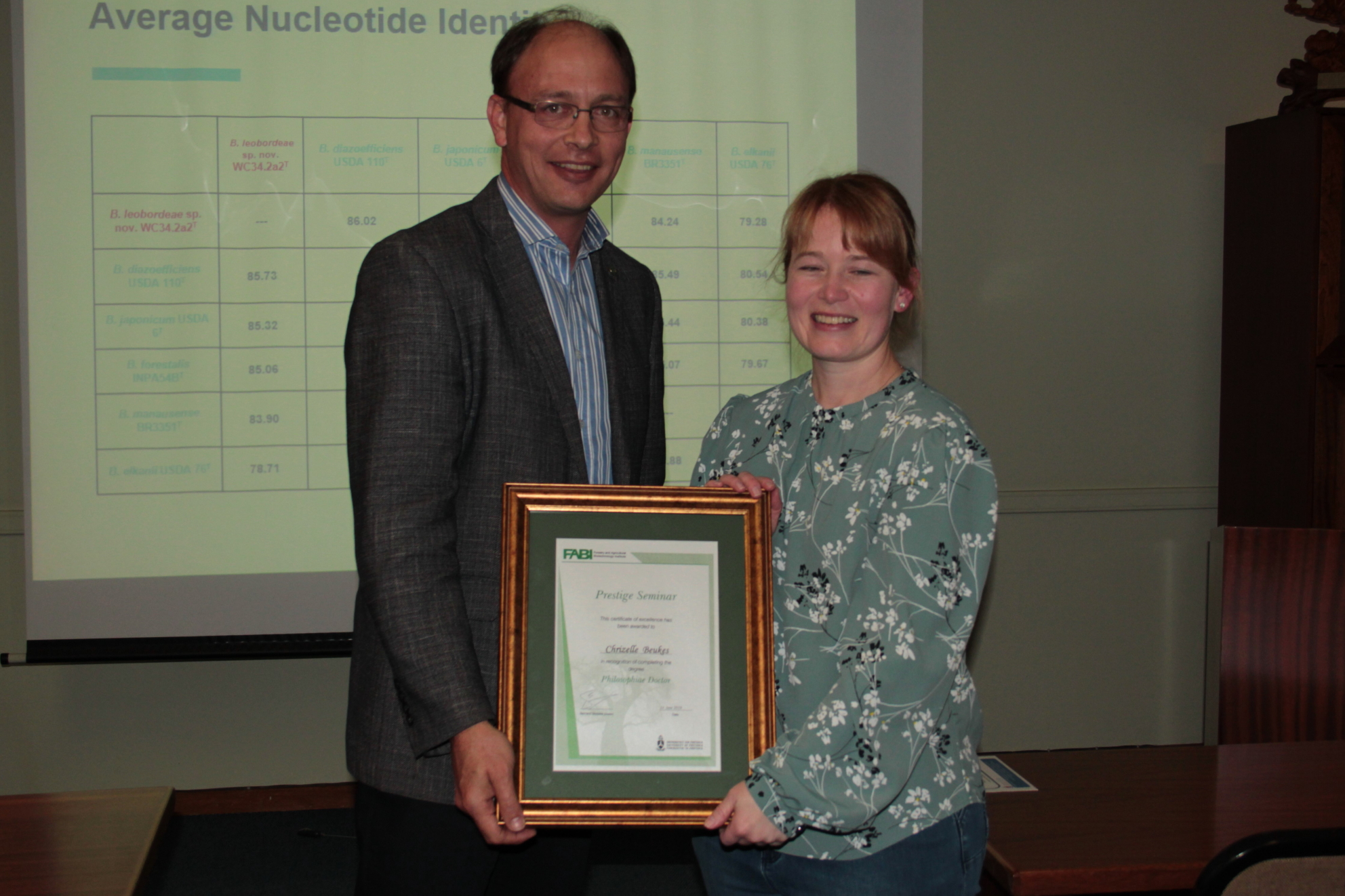 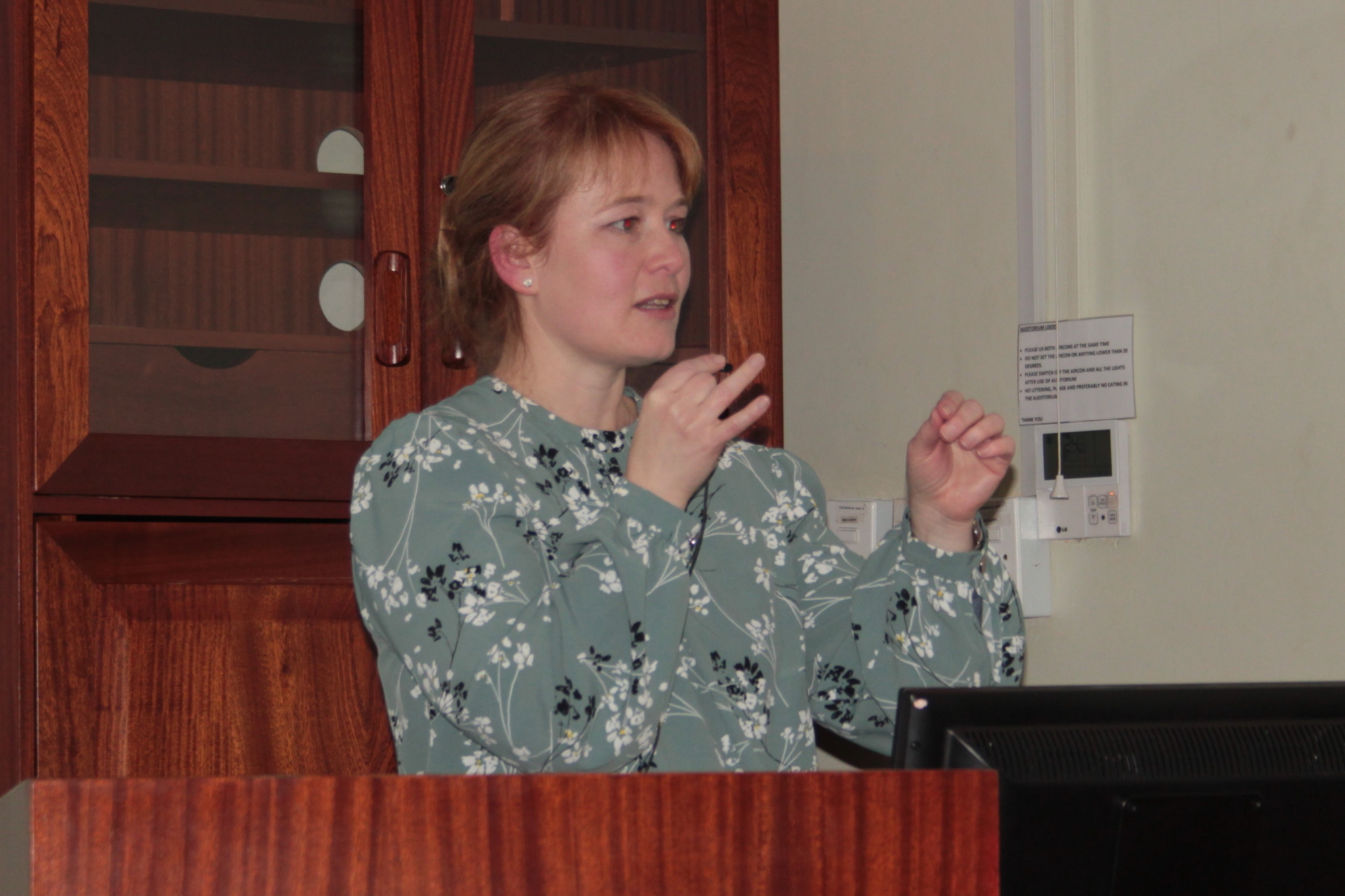 Chrizelle Beukes successfully defended her PhD thesis on 18 June, fulfilling all the requirements for a PhD degree. She presented her prestige seminar titled “Genomic diversity and phylogeography of South African rhizobia” on 14 June. She completed her study under the supervision of Prof Emma Steenkamp, Prof Fanus Venter, Dr Marianne le Roux of the South African National Biodiversity Institute (SANBI) and Prof Tomasz Stepkowski from the Warsaw University of Life Sciences. Her external examiners were Prof Anne Willems of Ghent University in Belgium, Prof John Howieson of Murdoch University in Australia and Prof Brenda Wingfield at the University of Pretoria.

Prof Steenkamp congratulated Chrizelle for putting FABI “on the map of rhizobial taxonomy” and publishing 12 papers out of her study. Her study focused on rhizobia, soil bacteria capable of forming nitrogen-fixing root nodules, that are associated with indigenous legumes. Despite the diversity of indigenous legumes in South Africa, little was known about the identity and diversity of rhizobia associated with them. This study focused on isolates from both the alpha-rhizobial genus Bradyrhizobium as well as the beta-rhizobial genus Paraburkholderia and legume hosts in the mimosoid clade (Vachellia karroo, formerly Acacia karroo) as well as in the Papilionoideae subfamily in several areas across South Africa.

Chrizelle’s study resulted in the recognition of two new Paraburkholderia species (Paraburkholderia strydomiana sp. nov. and P. steynii sp. nov.) as well as a new Bradyrhizobium species. This study was also the first to show that that indigenous Bradyrhizobium isolates appear to have a unique origin for their common nodulation loci, adding at least two novel clades to the existing global nodA phylogeographic framework. It also showed that V. karroo can associate with both alpha- and beta-rhizobia, which possibly explains its invasiveness. Through a phylogenomics approach, she determined the generic boundaries and relationships within Burkholderia sensu lato.