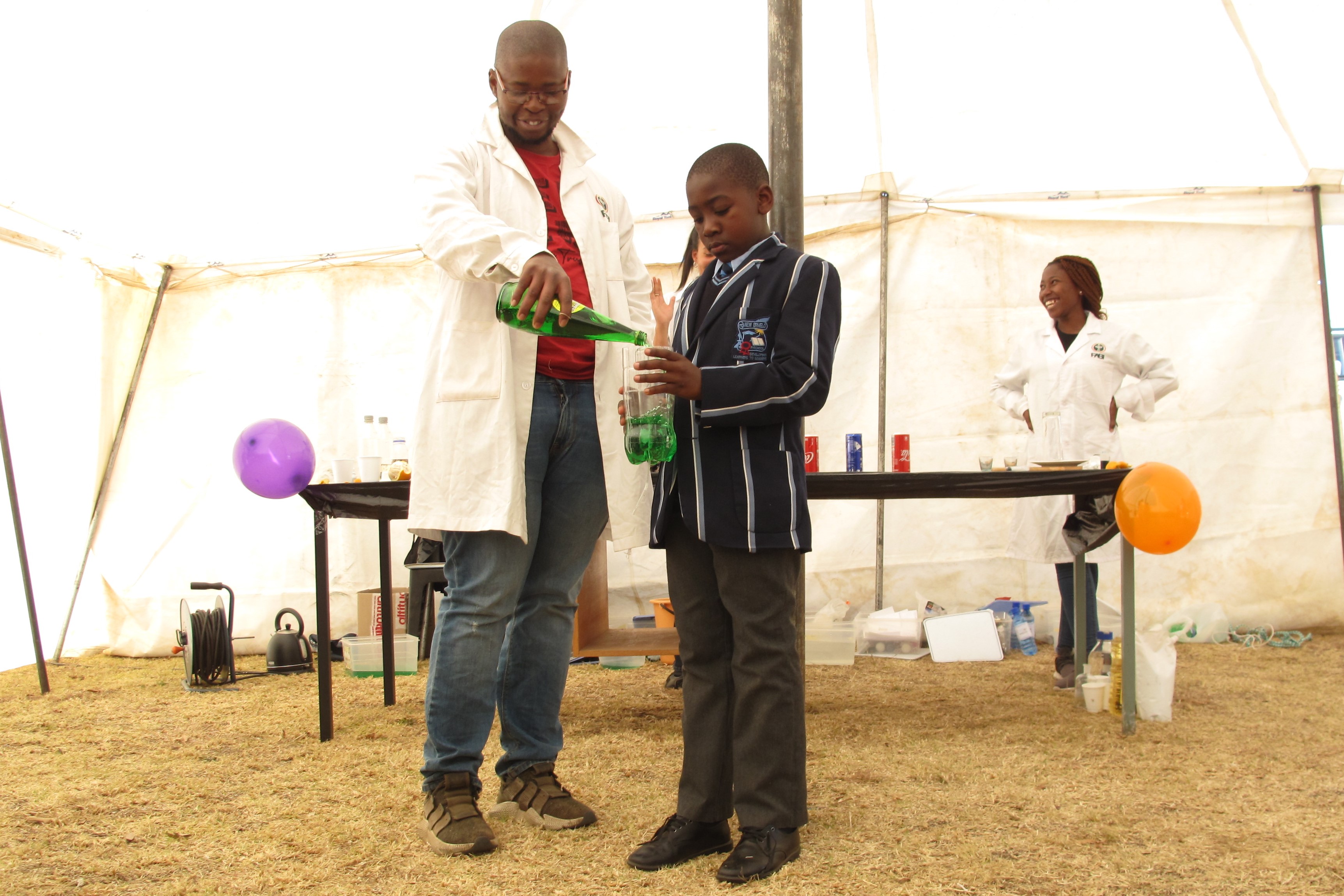 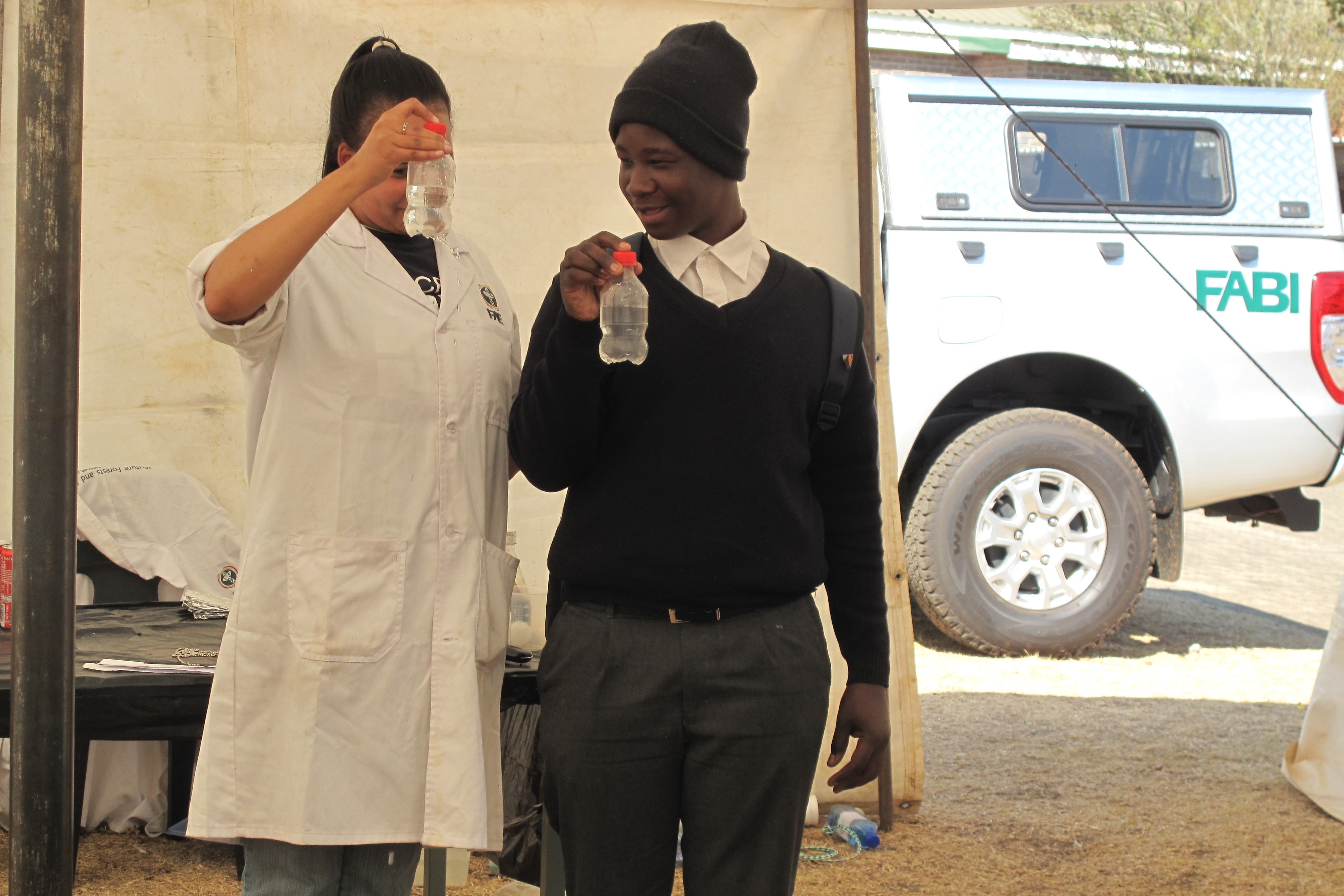 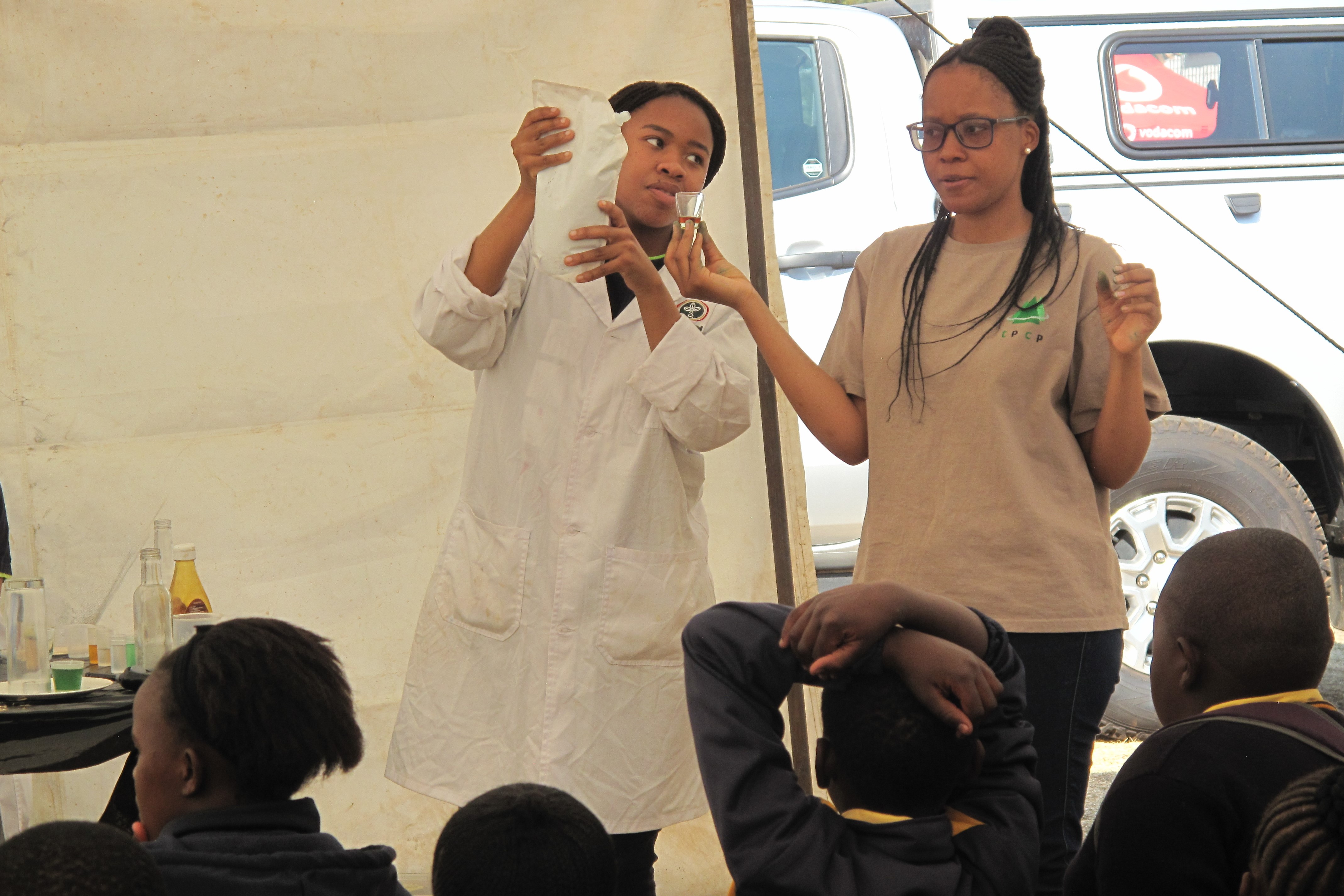 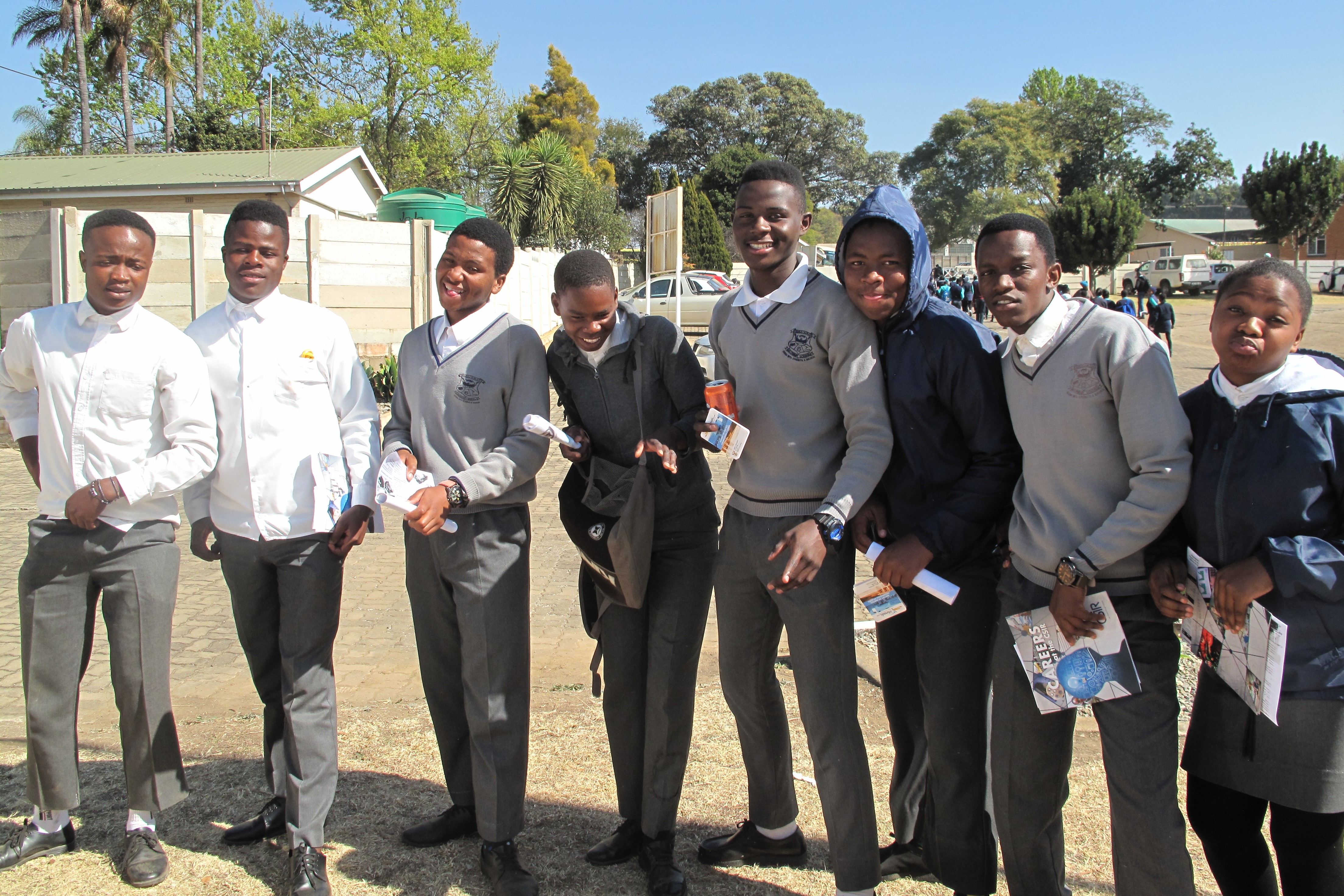 The DST-NRF Centre of Excellence in Tree Health Biotechnology (CTHB) Outreach Team in FABI geared up once again to participate in the 2019 National Science Week (NSW) which took place from 29 July to 2 August. This initiative is driven by the Department of Science and Technology and is a countrywide celebration of Science through Science-based activities. The team were equipped with new and exciting experiments as well as lots of energy and enthusiasm and was one of 31 exhibitors that travelled to the Mondi Science, Career Guidance and FET Skills Centre in Mkondo, in the Mpumalanga Province.

The team engaged with approximately 8,000 learners and educators from schools within and surrounding the Mkondo area, on the importance of Science by doing science experiments. These experiments incorporated various disciplines such as Chemistry, Biology, Mathematics and Physics. Most of the experiments were performed using common household products. Some of these experiments included “water come out”, which requires learners to get water out of a bottle with a hole without squeezing the bottle, thereby explaining the principle of surface tension; “traffic light”, which mixes chemicals together to induce colour changes from green to red to orange (the same colours as a traffic light) and the “density” experiment  which illustrates how various liquids have different densities.

Members of the CTHB Outreach Team were Juanita Avontuur, Modjadji Makwela, Fezile Mthunzi, Sthembiso Mngadi and Pozisa Majaja. The team returned to FABI at the University of Pretoria satisfied, knowing that they could impart their knowledge and love of Science in a way that could popularize Science to a broader South African society.