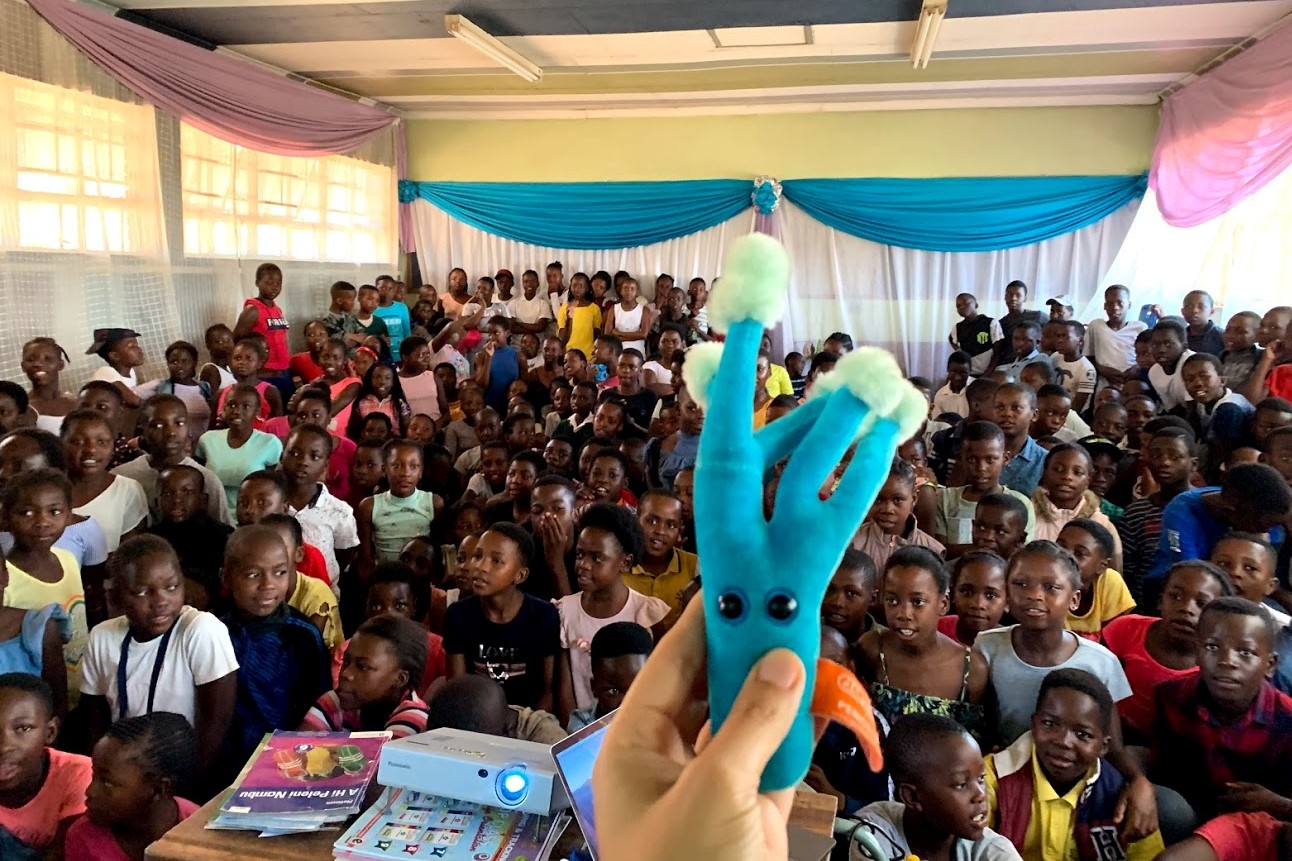 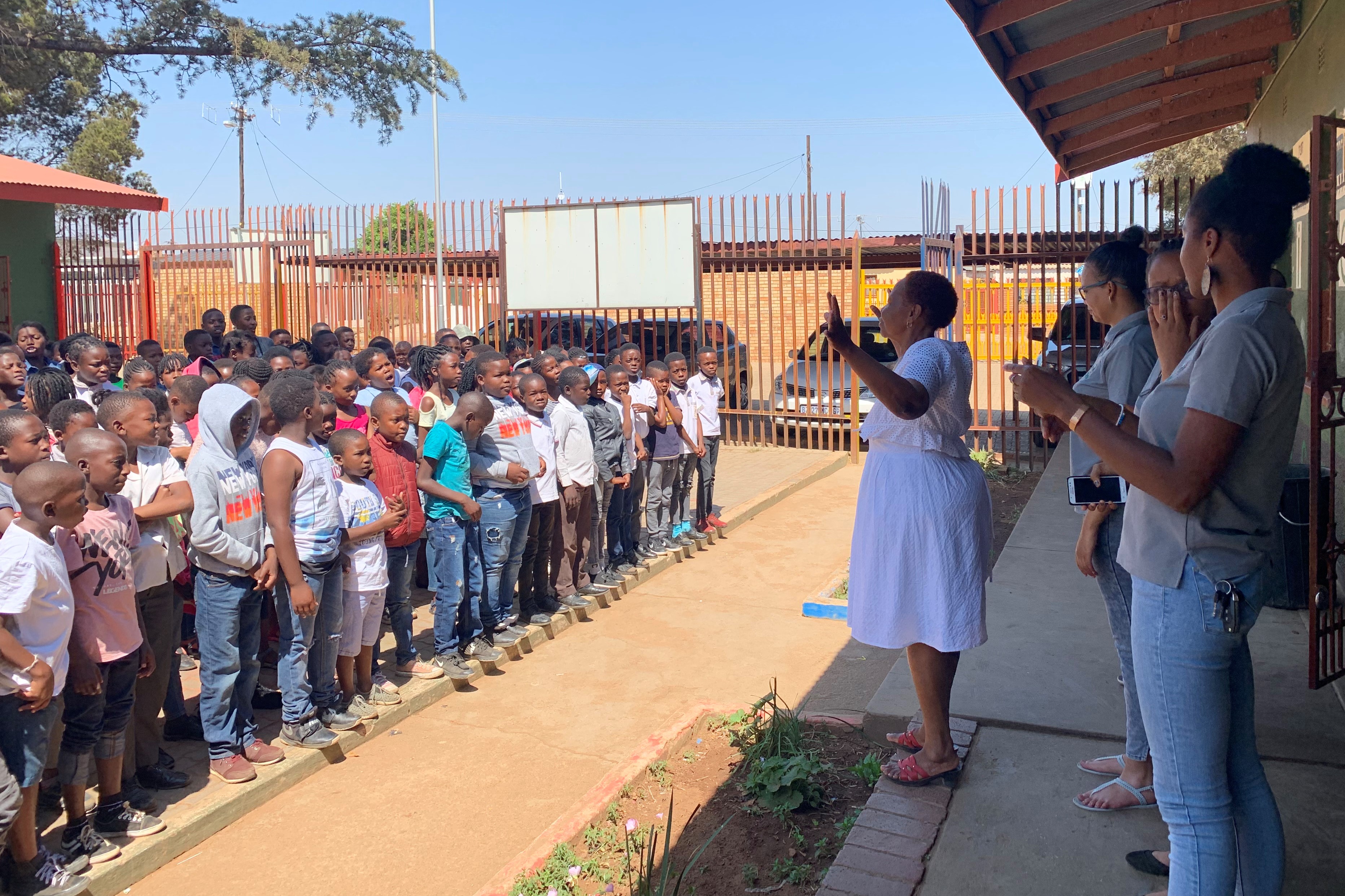 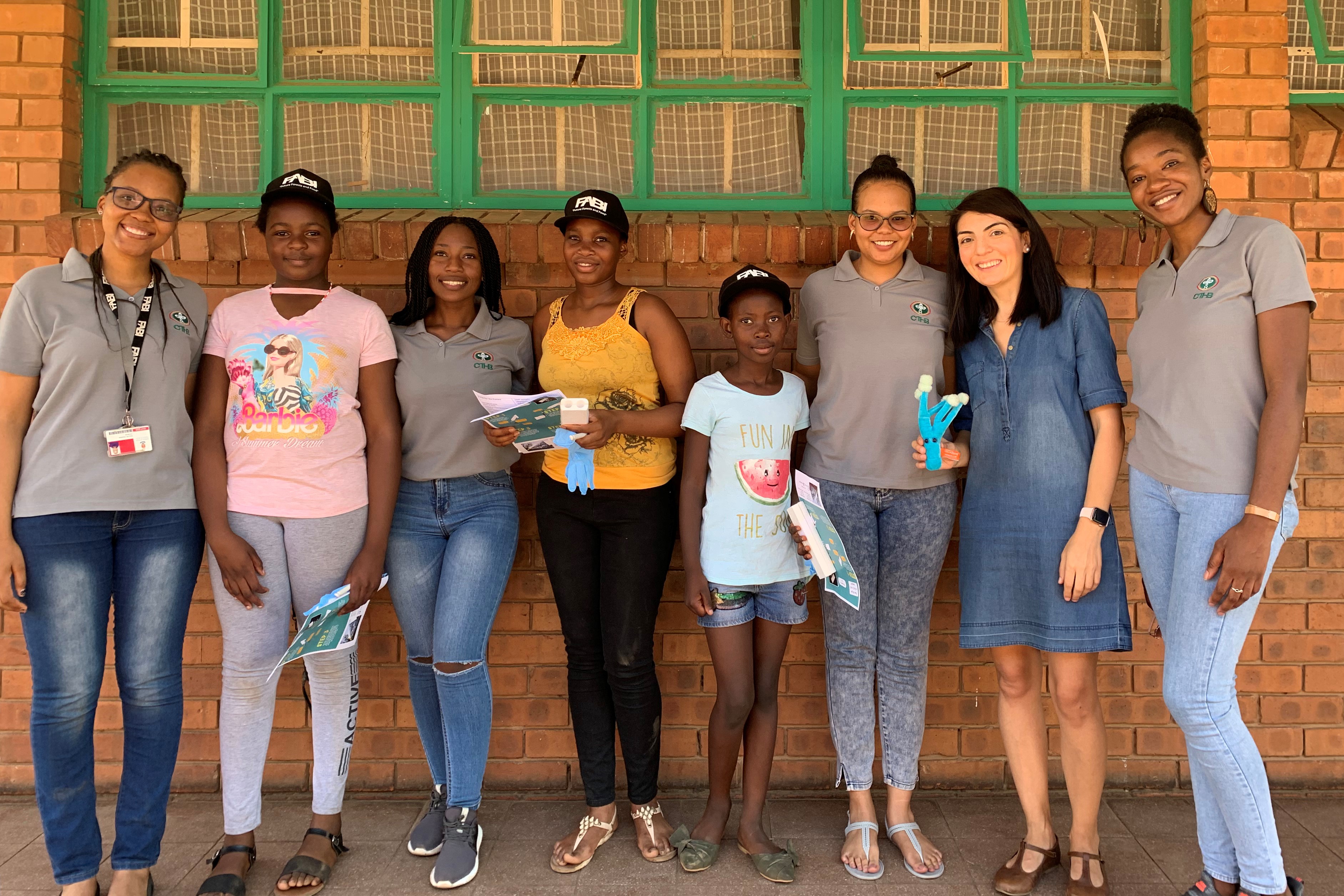 The DST-NRF Centre of Excellence in Tree Health Biotechnology (CTHB) outreach team from FABI was involved in a ‘Fungi for Future’ initiative which forms part of their citizen science project. This initiative was launched by the Westerdijk Fungal Biodiversity Institute (WI) and the University Museum Utrecht in the Netherlands. The aim of this project is to generate awareness and excite young children about science and mycology specifically.  A sampling kit is distributed to the learners between the ages of 10-13 who use it to collect soil samples from their surrounding environments. The soil samples will be examined at WI and fungal species will be isolated and identified. If a new fungal species is discovered from the learners’ soil samples, it will be named after them.  WI, in collaboration with FABI, sought to interest primary school learners in South Africa to take part in this project.

FABI Research Fellow Dr Neriman Yilmaz and the outreach team visited two schools in Mamelodi, Nwa’vhangani and Tlakukani Primary School with the aim of choosing three learners from each school to actively participate in this project. With the help of the outreach team, Dr Neriman gave a short presentation at each school, educating the learners about the importance of fungi and getting them excited about science. She told them about the good and the bad fungi, making an example of penicillin which is used in pharmaceuticals to make medicine. She also told them about other industrial uses of fungi including making blue cheese which she also gave to learners to see and taste. The learners were keen to know more and they asked a lot of questions about fungi.

At the end of the presentation, the team asked a few questions to test the learners’ interest. Learners who showed the most interest and participated more by answering the questions were then chosen to participate in the WI initiative. The rest of the school was then released, and instructions were given to the teachers and the chosen learners on how to do the sampling. Overall the CTHB Outreach Team, (Juanita Avontuur, Modjadji Makwela, Fezile Mthunzi, Benedicta Swalarsk-Parry) together with Dr Neriman Yilmaz were pleased to have taken part in this initiative and shared their passion for science and mycology with these very eager learners.