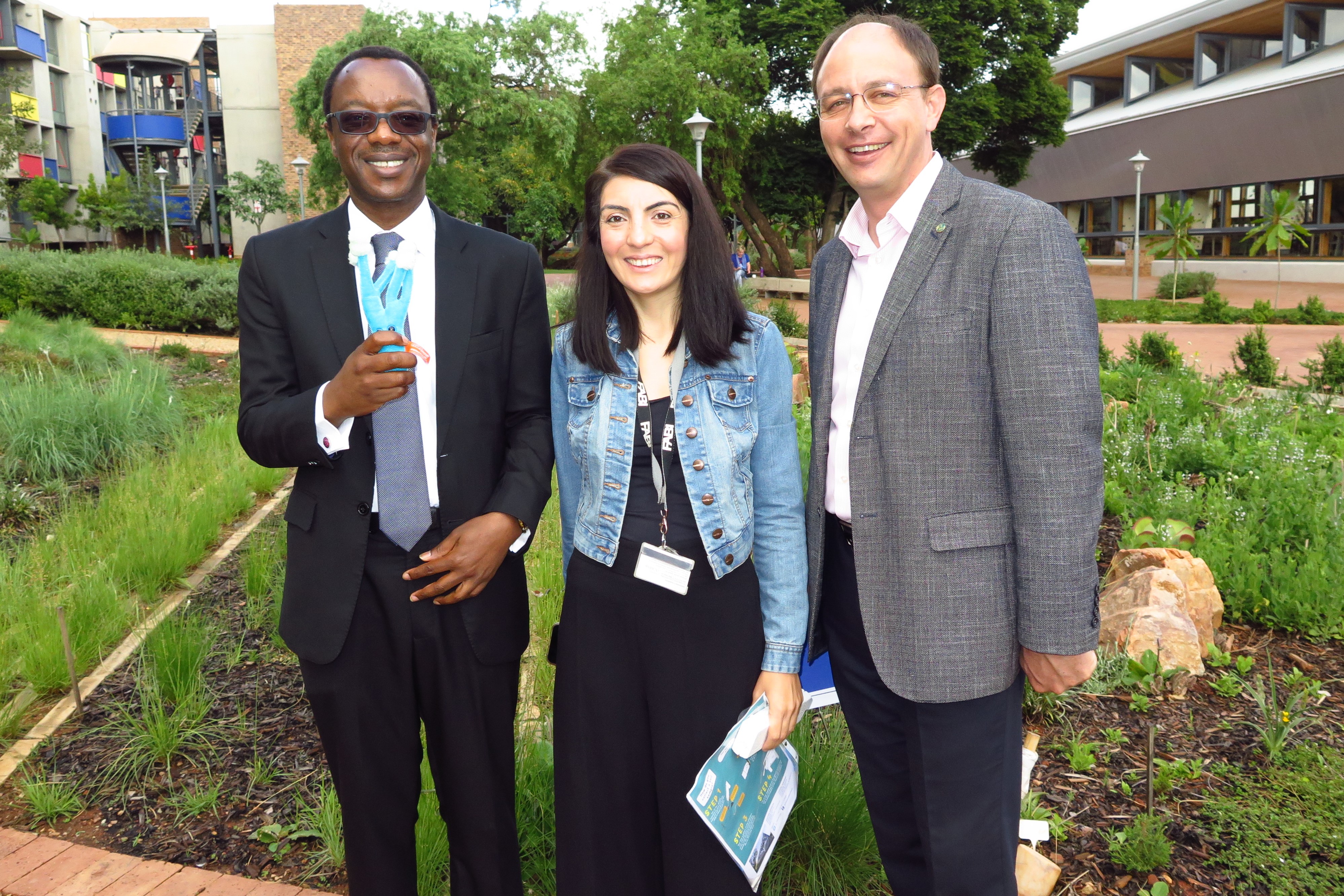 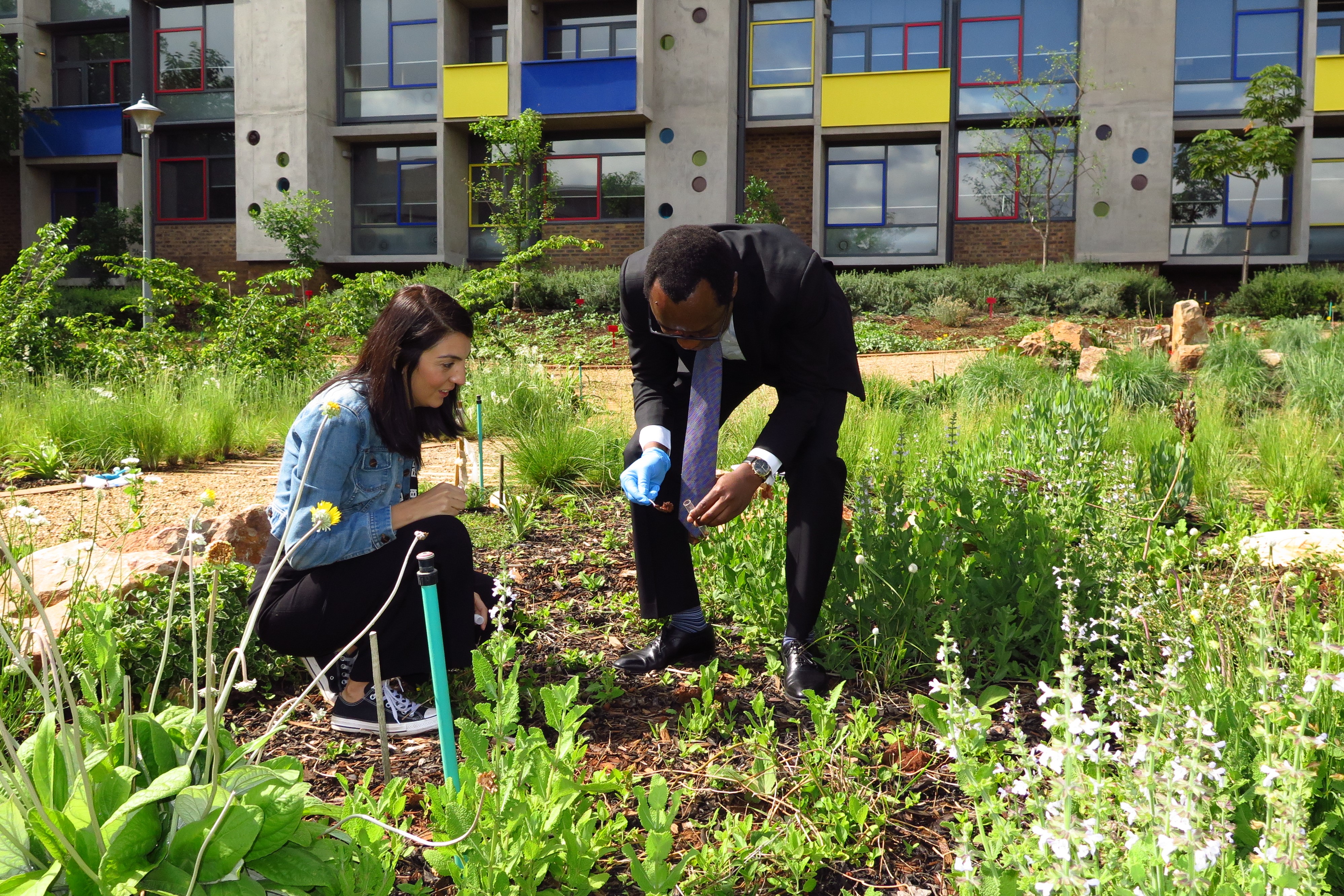 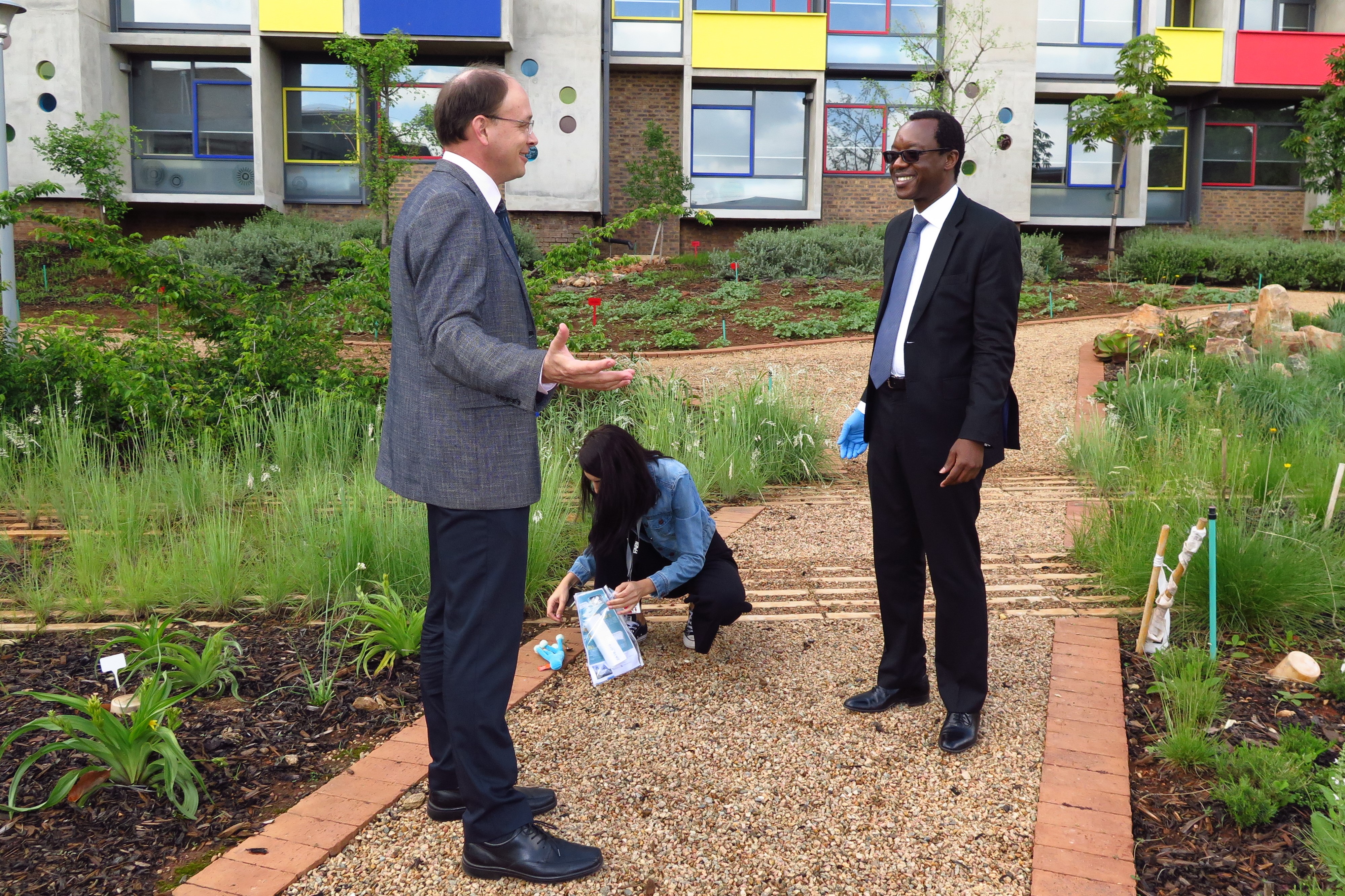 University of Pretoria Vice-Chancellor and Principal, Prof. Tawana Kupe collected soil samples at the Future Africa campus on 30 October as part of a FABI-hosted Citizen Science project “Fungi for Future”. This project was launched by the Westerdijk Fungal Biodiversity Institute (WI) and the University Museum Utrecht in the Netherlands. It aims is to generate awareness and excite young children about science and mycology. A sampling kit is distributed to primary school children who use it to collect soil from their gardens. These soil samples are examined at WI who isolate fungi from it. When new species are discovered, it is named after the child who collected the soil sample. FABI has partnered with WI, under the project leadership of  Senior postdoctoral Fellow Dr Neriman Yilmaz. FABI Director and founder-Director of Future Africa, Prof. Bernard Slippers noted that this project puts children in contact with world class research being done at the University but also educates them on fungi.

Ten kits will be used to pilot the project in South Africa. Dr Neriman Yilmaz and the DST-NRF Centre of Excellence in Tree Health Biotechnology outreach team recently visited two schools in Mamelodi, Nwa’vhangani and Tlakukani Primary Schools where they launched the project. And this week, three collection kits will be given to the students at Menlo Park Primary School.