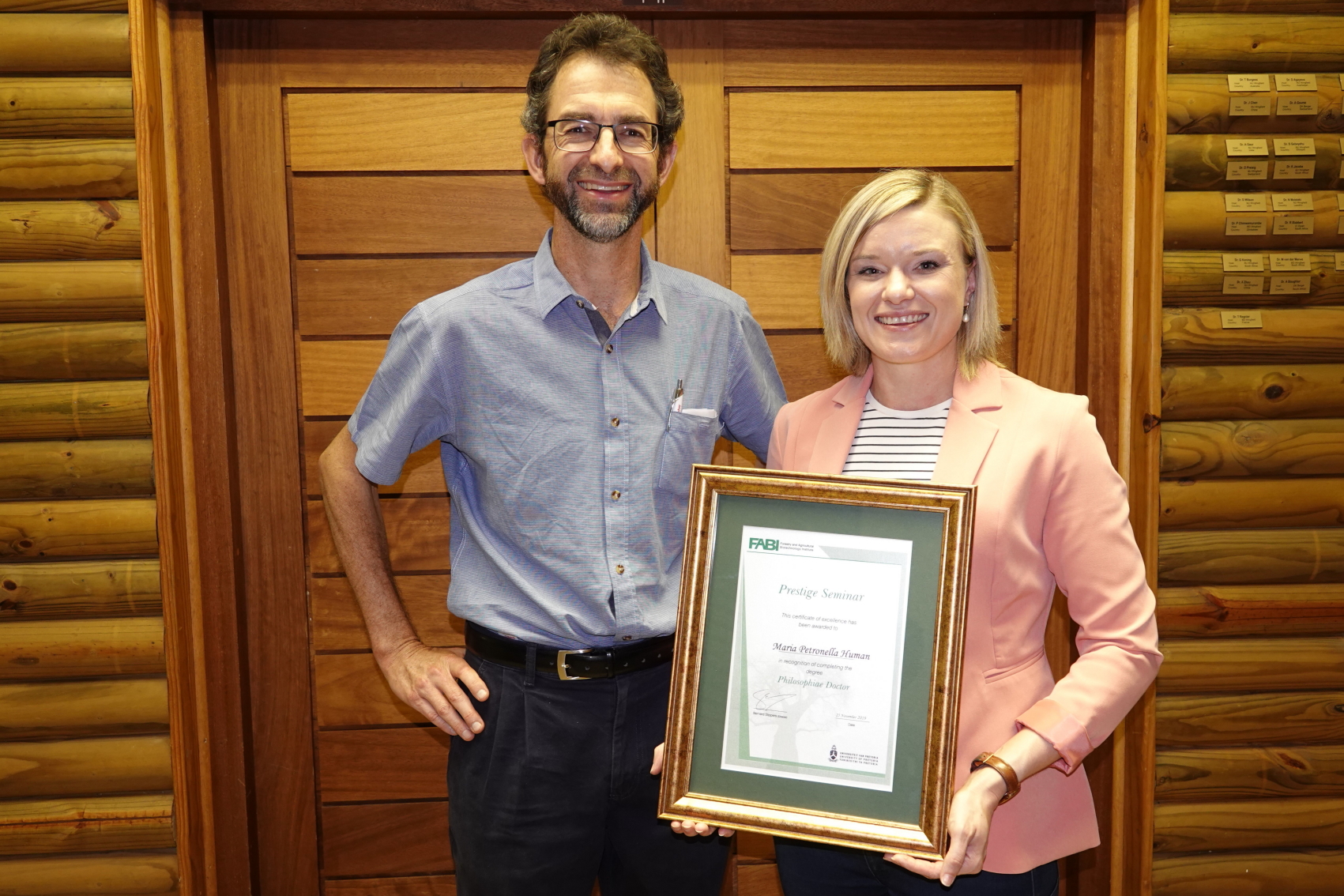 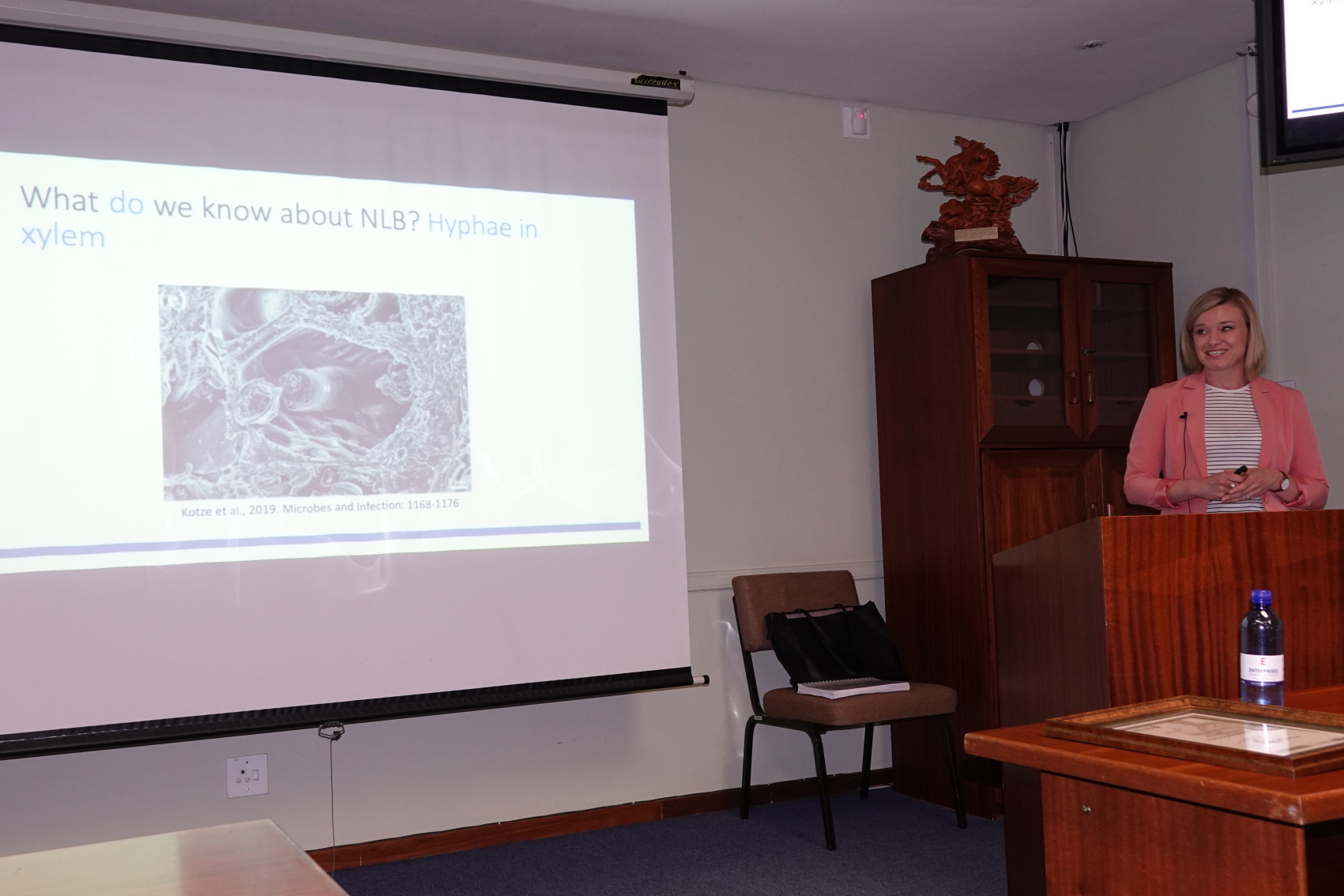 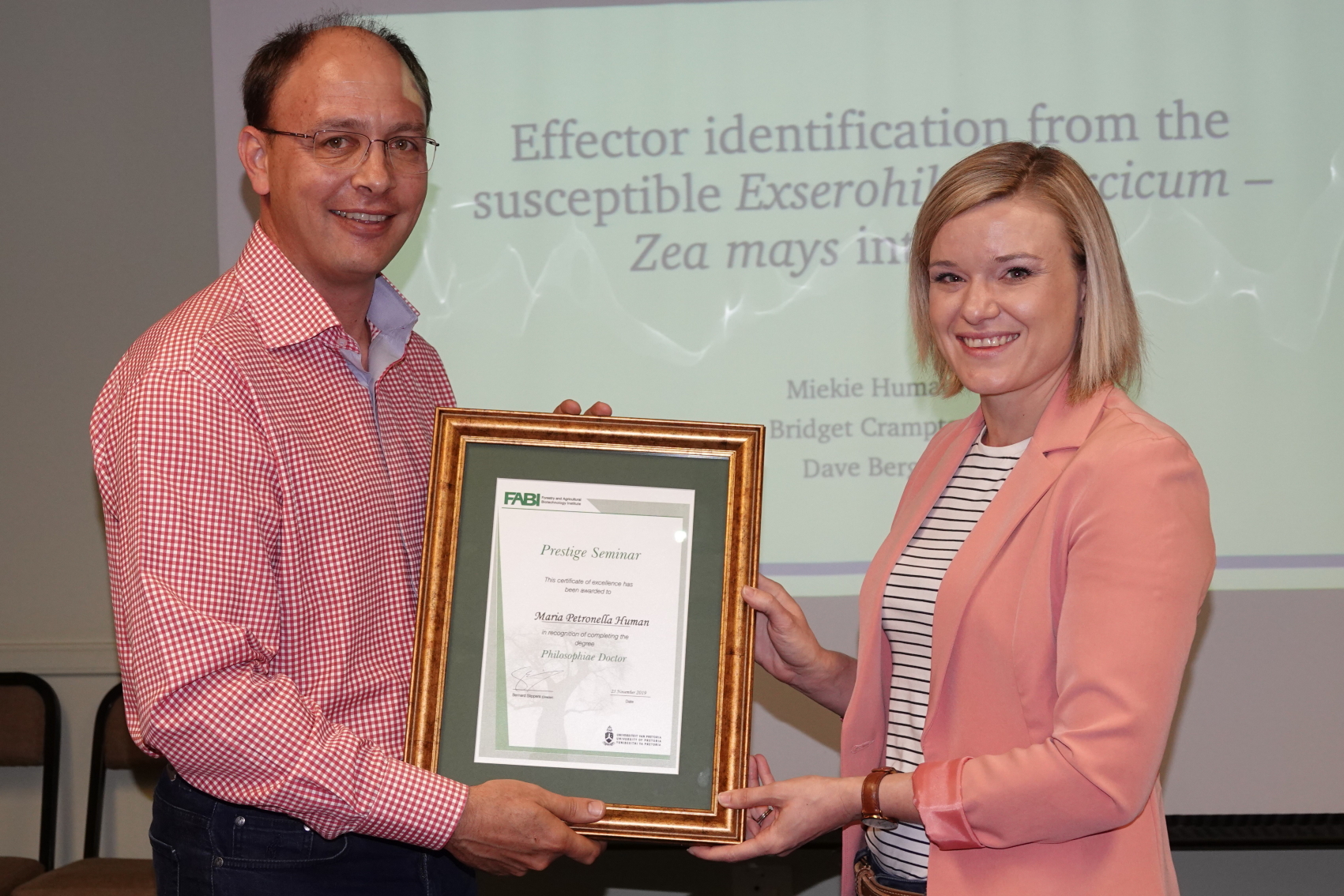 FABI congratulates Miekie Human, who on 25 November marked the successful completion of her PhD thesis with a prestige seminar. She is 14th FABIan to achieve this feat in 2019. Her seminar highlighted the interaction between Exserohilum turcicum, the causal agent of Northern leaf blight, with maize in causing disease. She completed her study titled “Effector identification from the susceptible Exserohilum turcicum – Zea mays interaction” with Dr Bridget Crampton and Prof. Dave Berger as supervisors. Her examiners were Dr Jason Rudd from Rothamsted Research in the United Kingdom, Dr Dietmar Stahl from KWS SAAT AG in Germany and Prof. Sanushka Naidoo at the University of Pretoria.

Northern leaf blight contributes to annual yield losses in maize in South Africa and poses a threat to the country’s food security. Miekie argued that understanding the pathogen’s interaction with its host would contribute to proactive management of the disease. Miekie investigated the expression of fungal genes at different disease stages after E. turcicum infection to identify disease-causing mechanisms. She identified the effector complement – genes that are crucial to the ability of the pathogen to infect and colonise the host.  Miekie also investigated host specificity of fungal isolates from maize and sorghum by studying the population genetics of the pathogen and comparing effector sequences.

FABI Director Prof. Bernard Slippers congratulated Miekie on a “quality PhD” while Dr Crampton (speaking from the UK via Skype) described her as a “star student” who had developed techniques that are used by students in the Cereal Foliar Pathogen Research group.