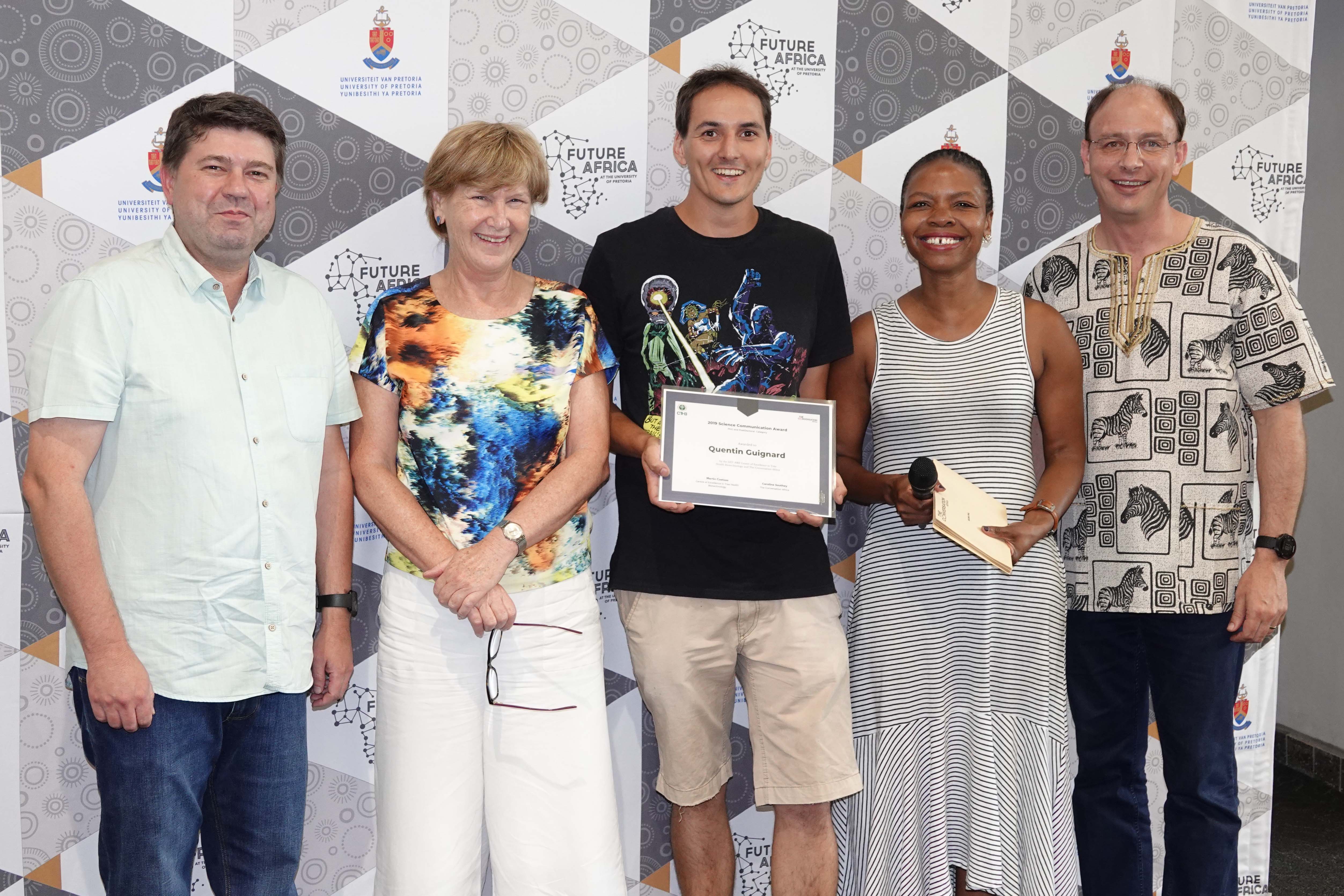 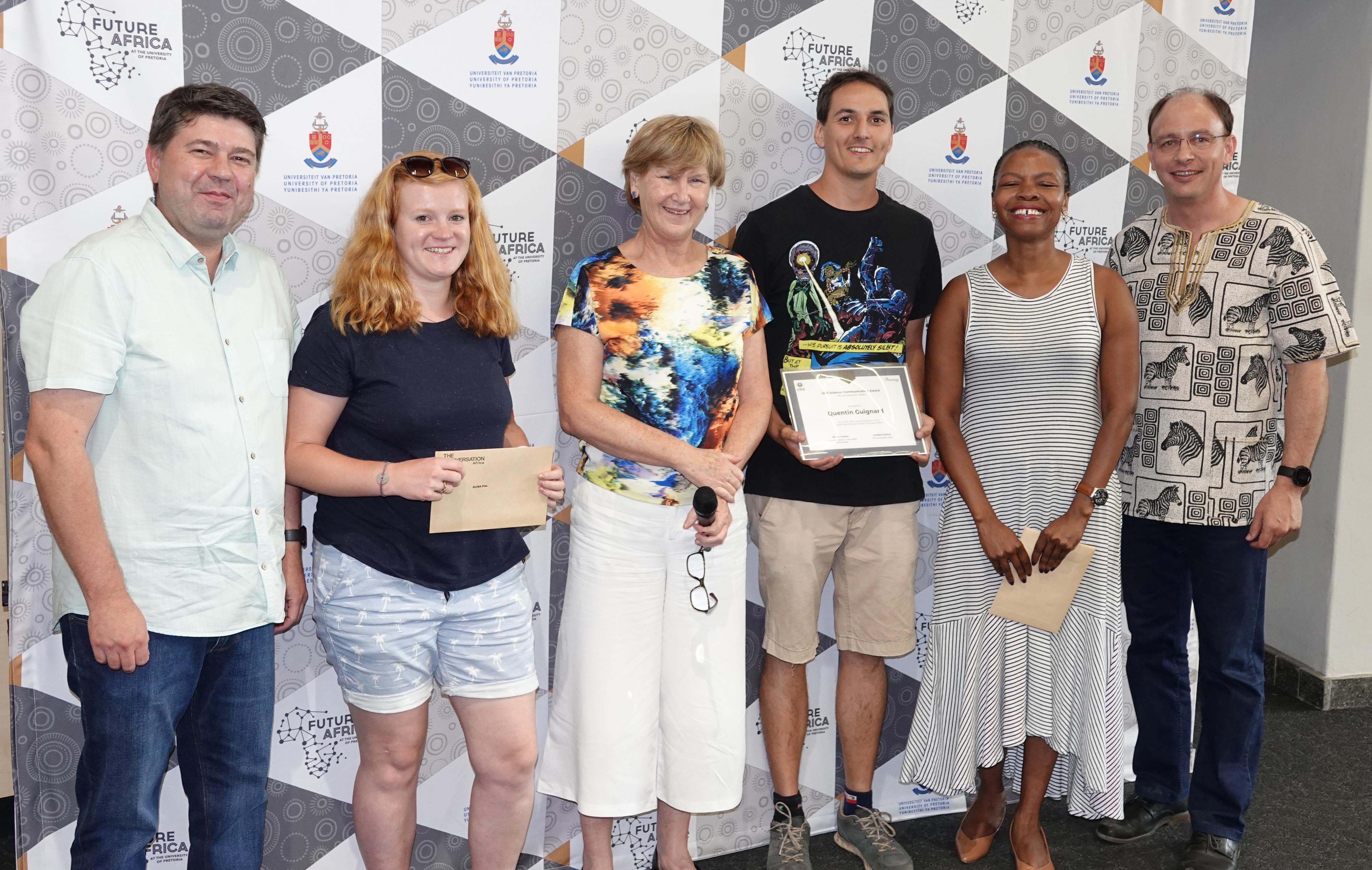 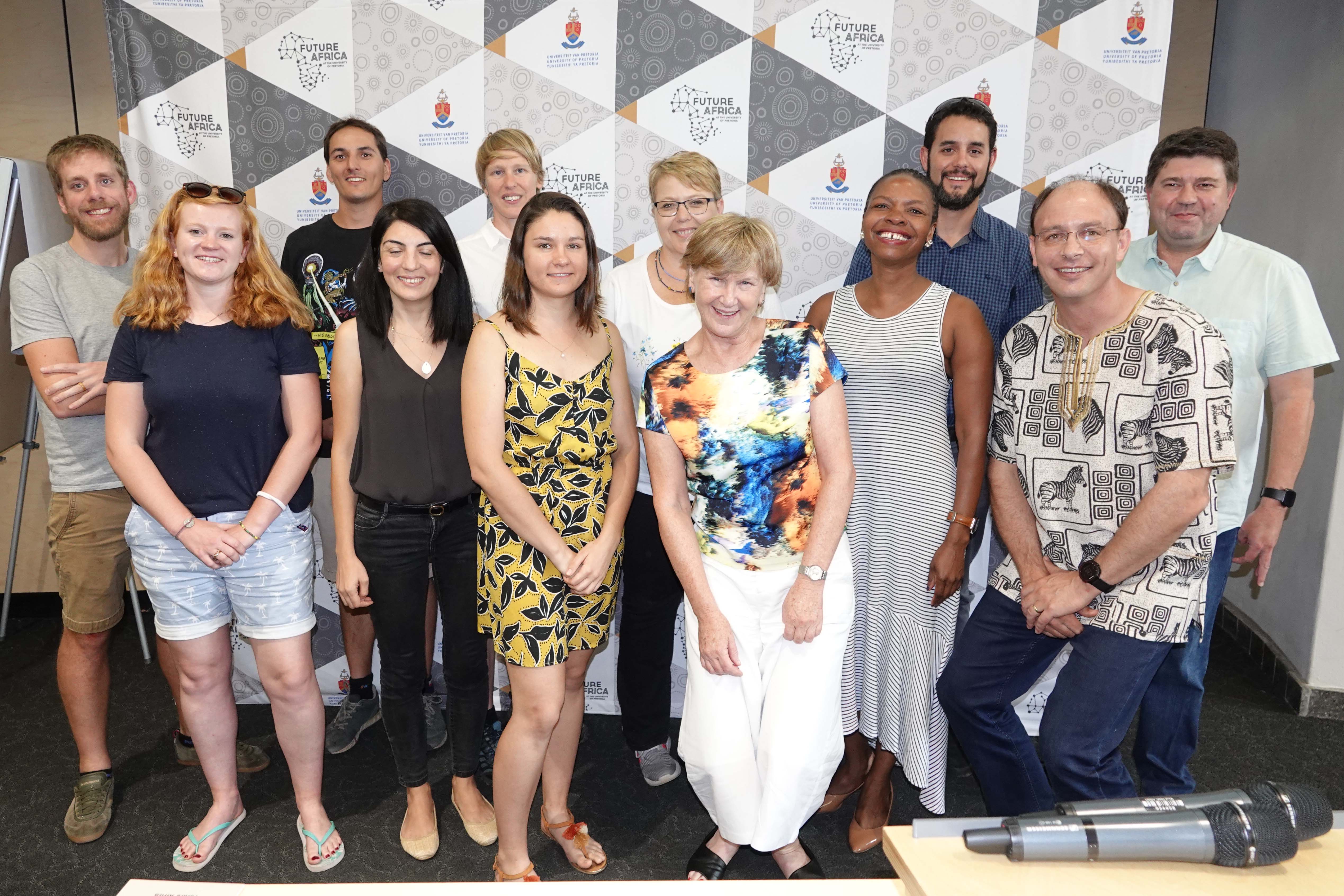 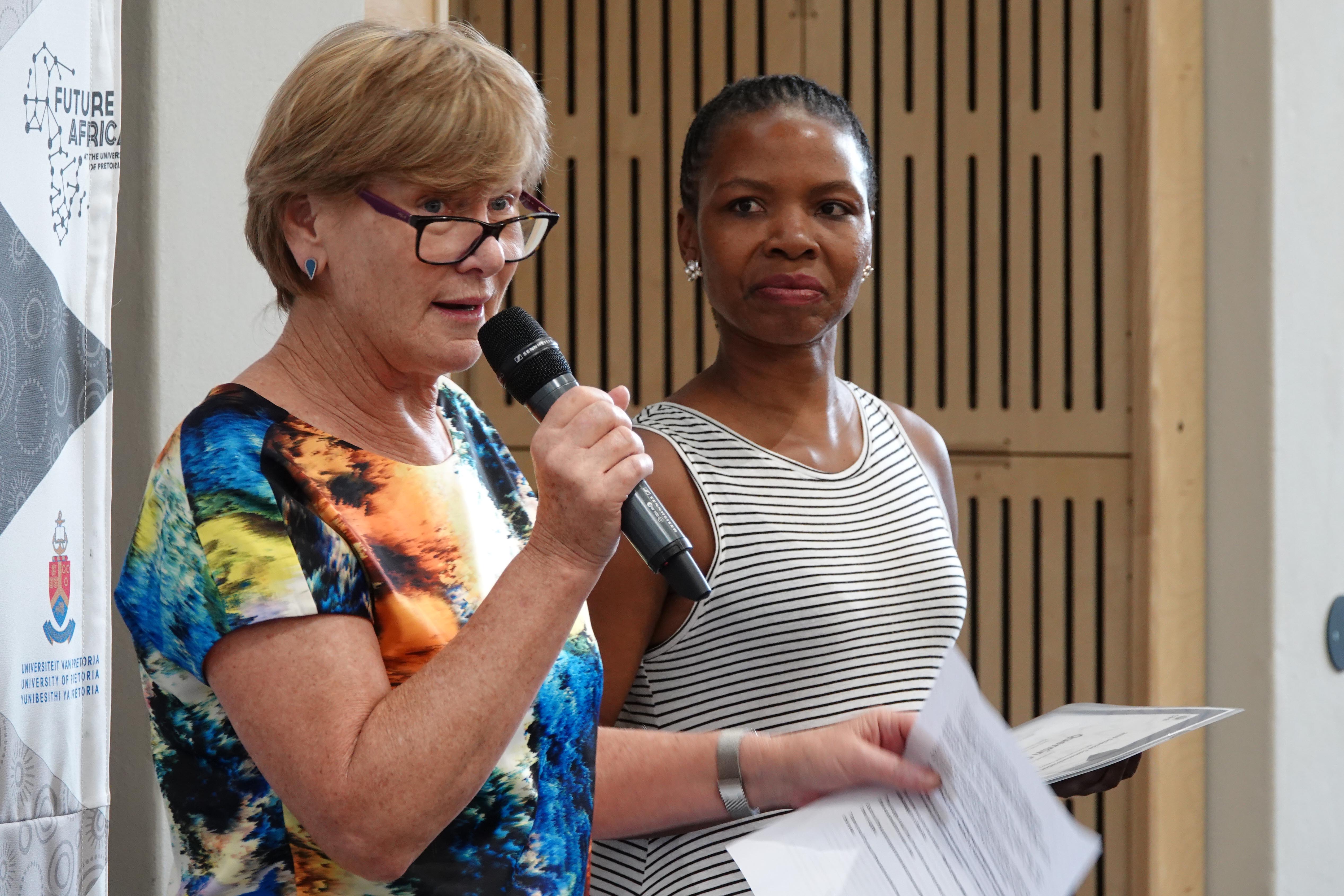 FABI PhD candidate Quentin Guignard bagged a R30,000 cash prize paid towards attending an international conference of his choice after winning a writing competition held in conjunction with the DSI-NRF Centre of Excellence in Tree Health Biotechnology (CTHB) and The Conversation Africa. Elisa Pal was announced the runner-up during the TPCP and CTHB stat session report-back meeting at Future Africa on 17 January. Caroline Southey and Pfungwa Nyamukachi from The Conversation chose the winner and runner-up from eight submissions received. The competition was open to PhD students and postdoctoral Fellows in FABI and they had to write an article on their research. Quentin’s prize-winning article will be published on The Conversation, an online platform that gives a journalistic spin to articles written by academics from institutions worldwide. Interested mainstream media then publish the articles as they are on their respective platforms. The judges said they ruled on the length of their articles, their relevance to the public and their accessibility to readers who are not scientists. They therefore had to be explain the science behind them simply without the use of jargon. His article will soon be published online to a global audience.