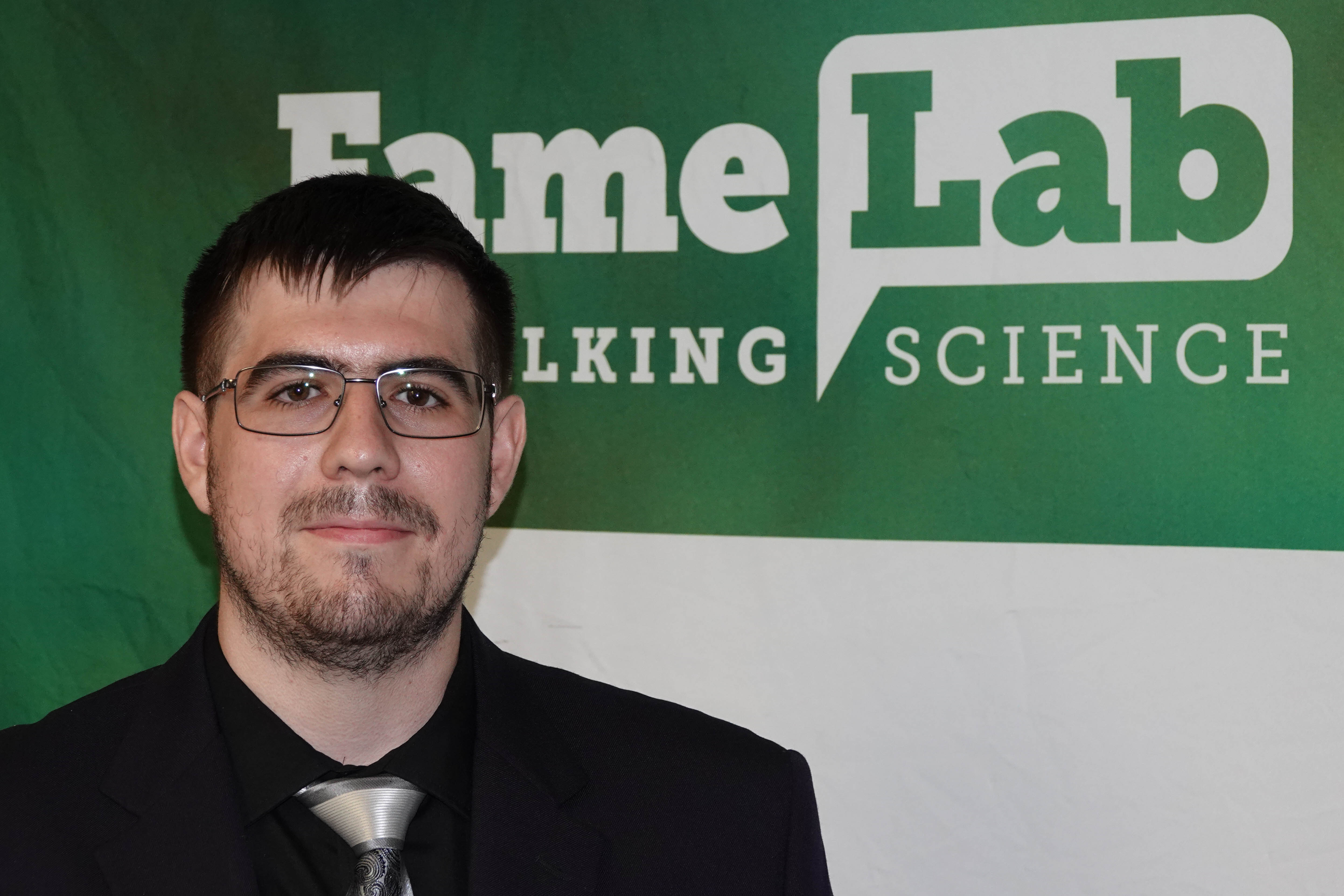 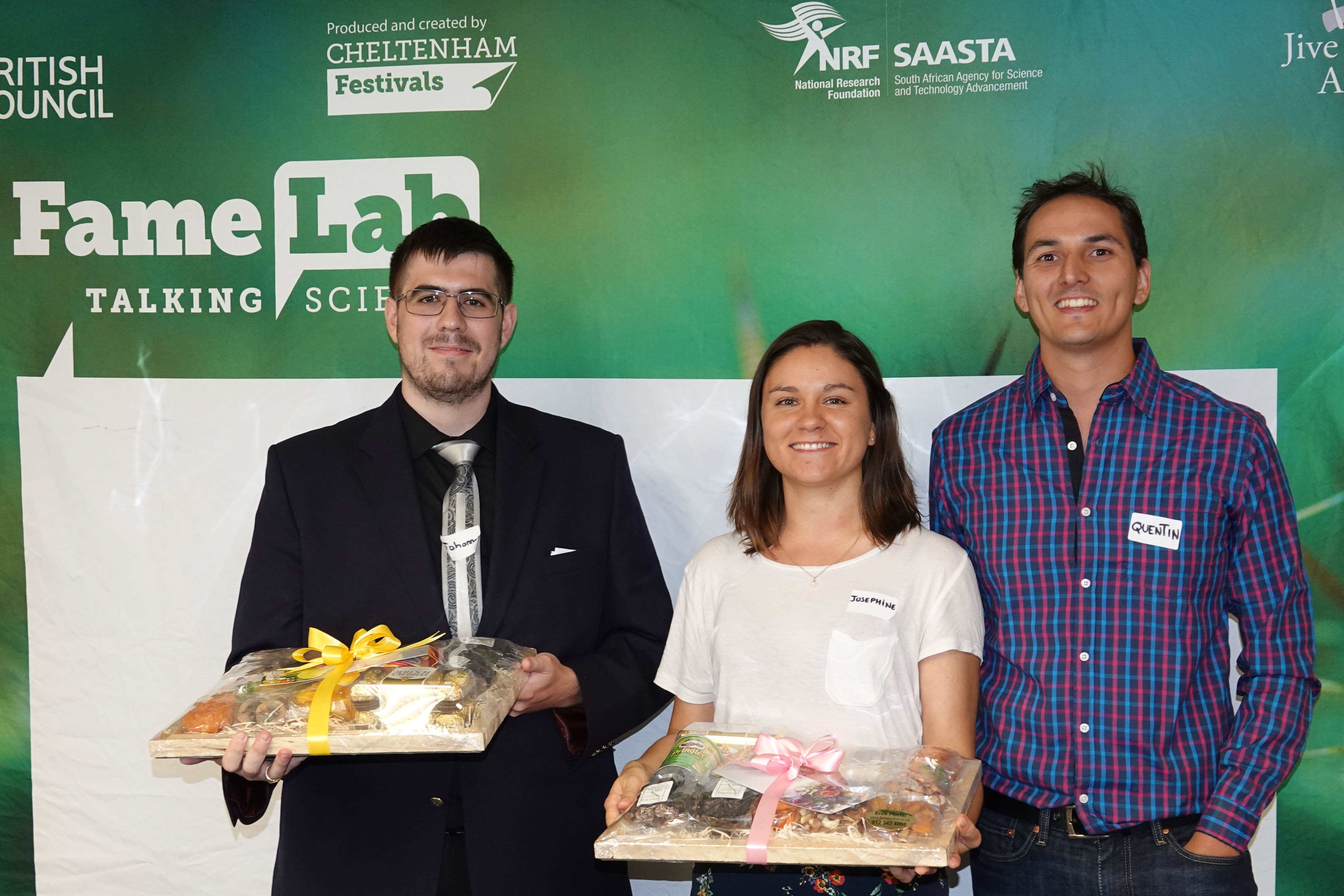 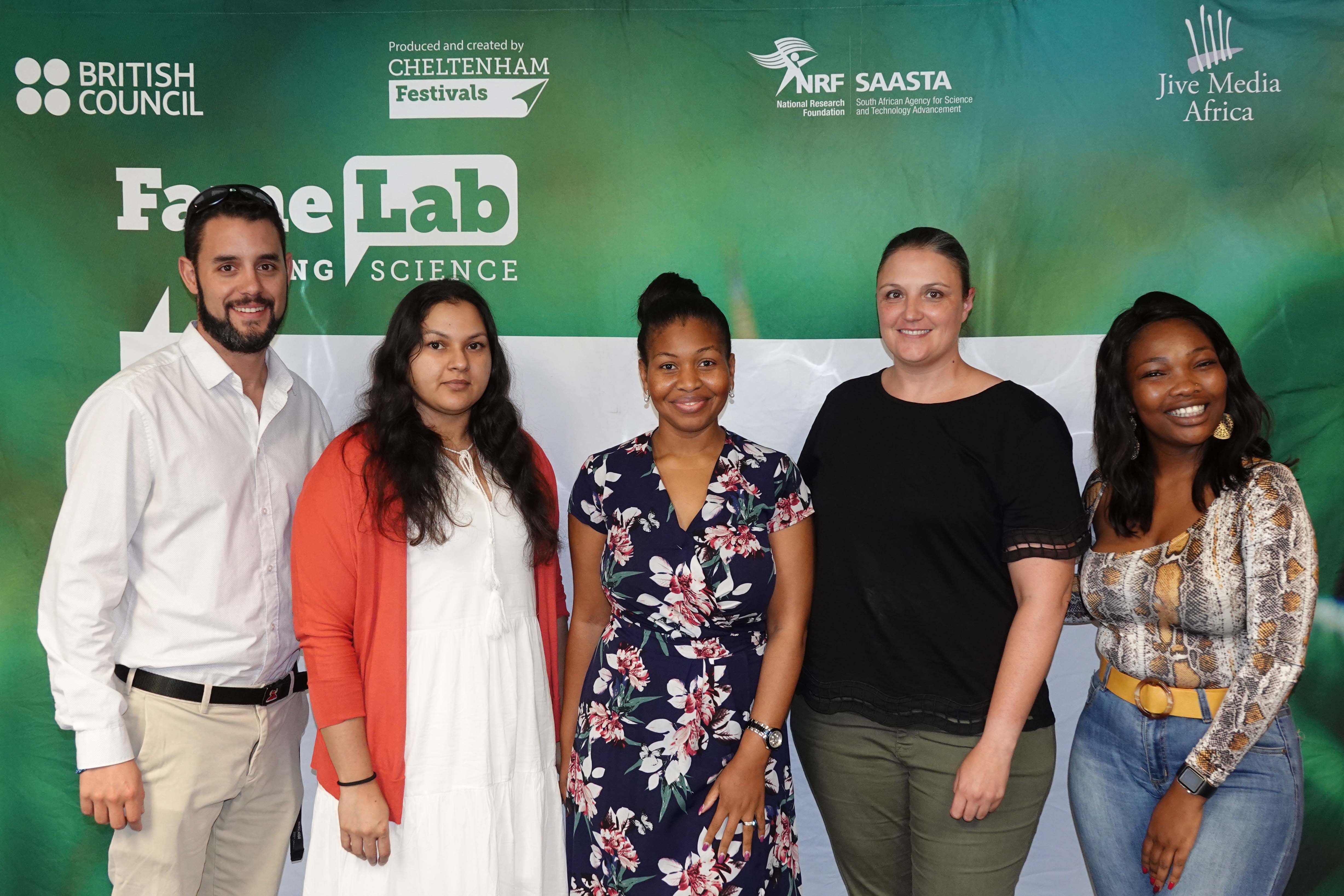 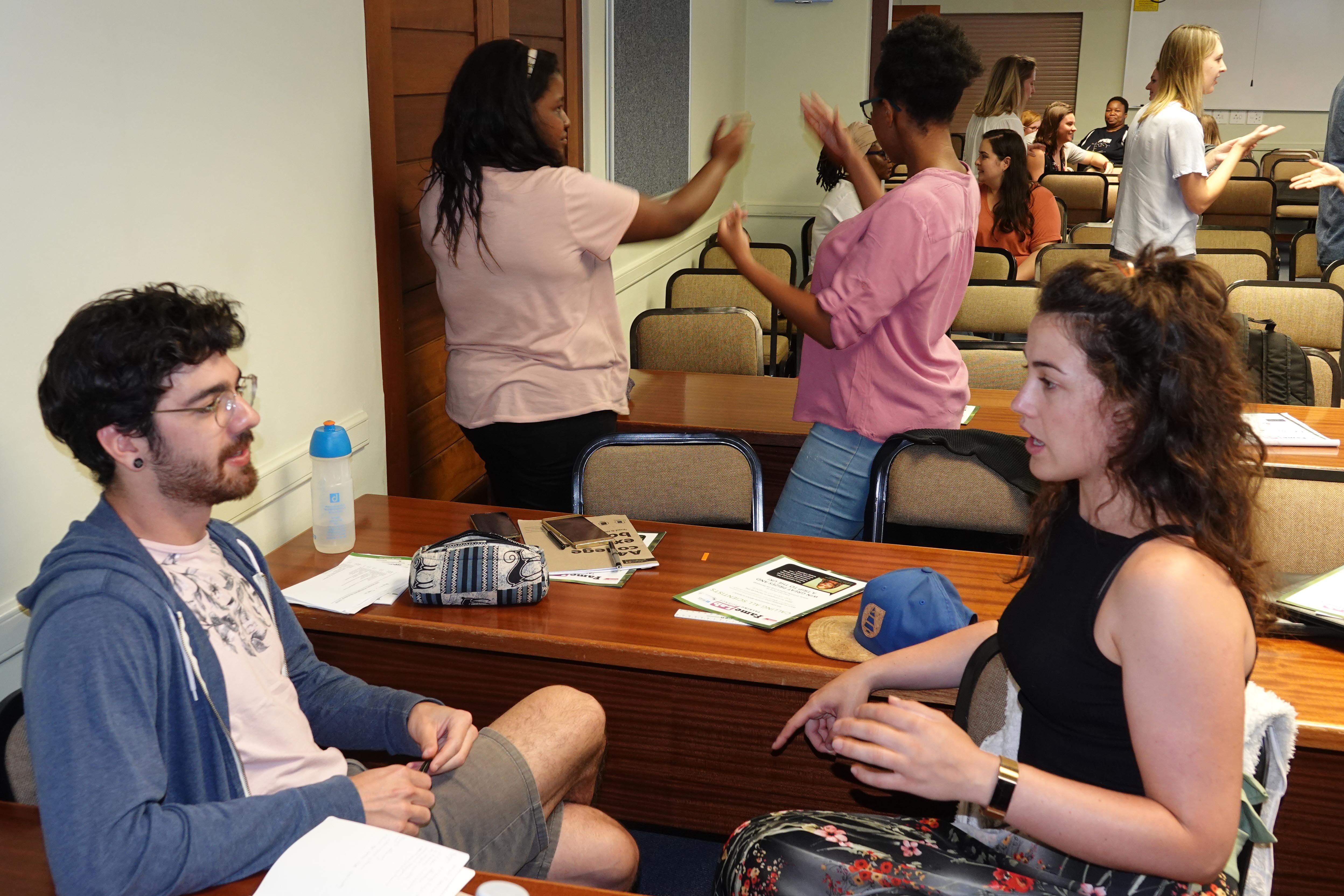 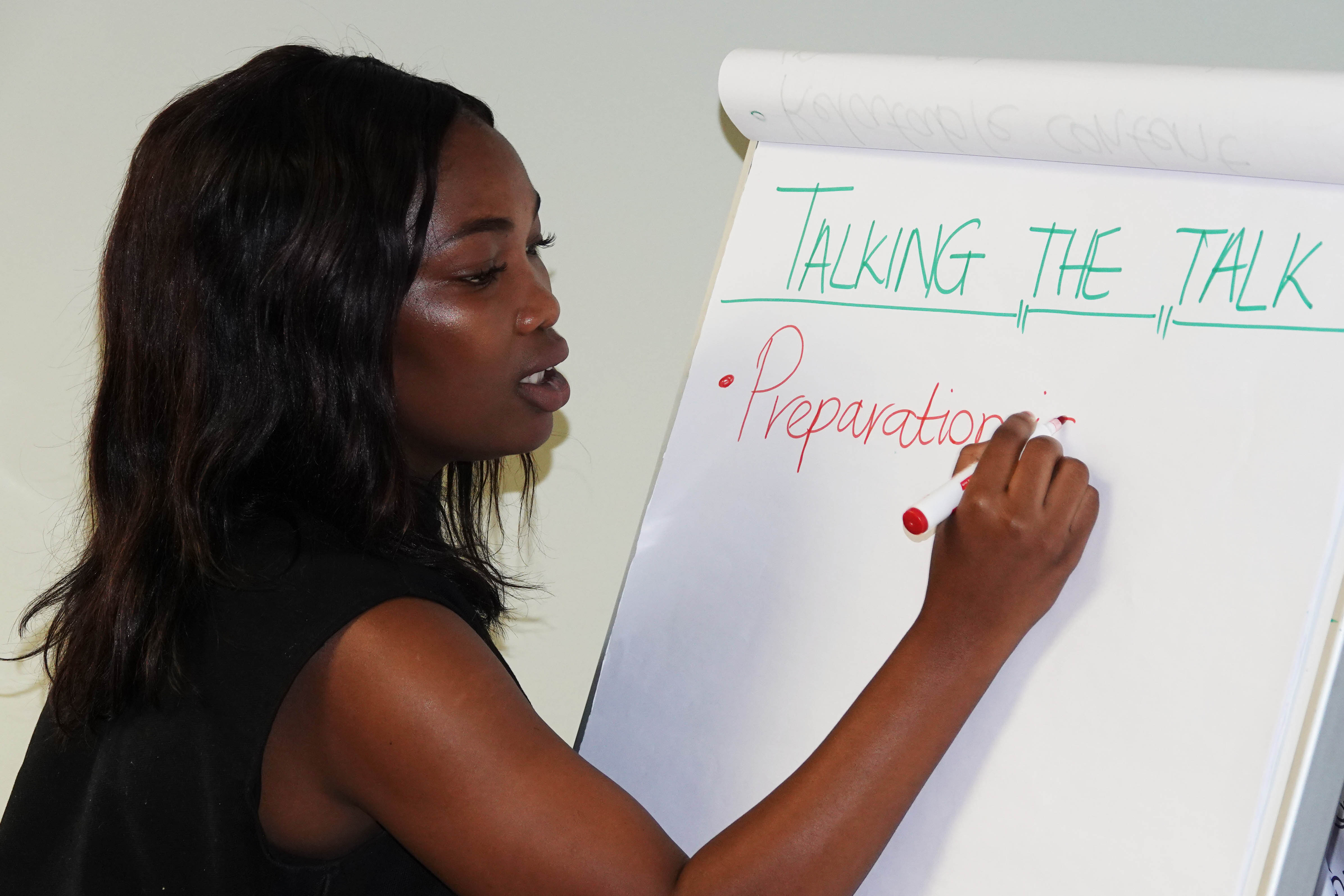 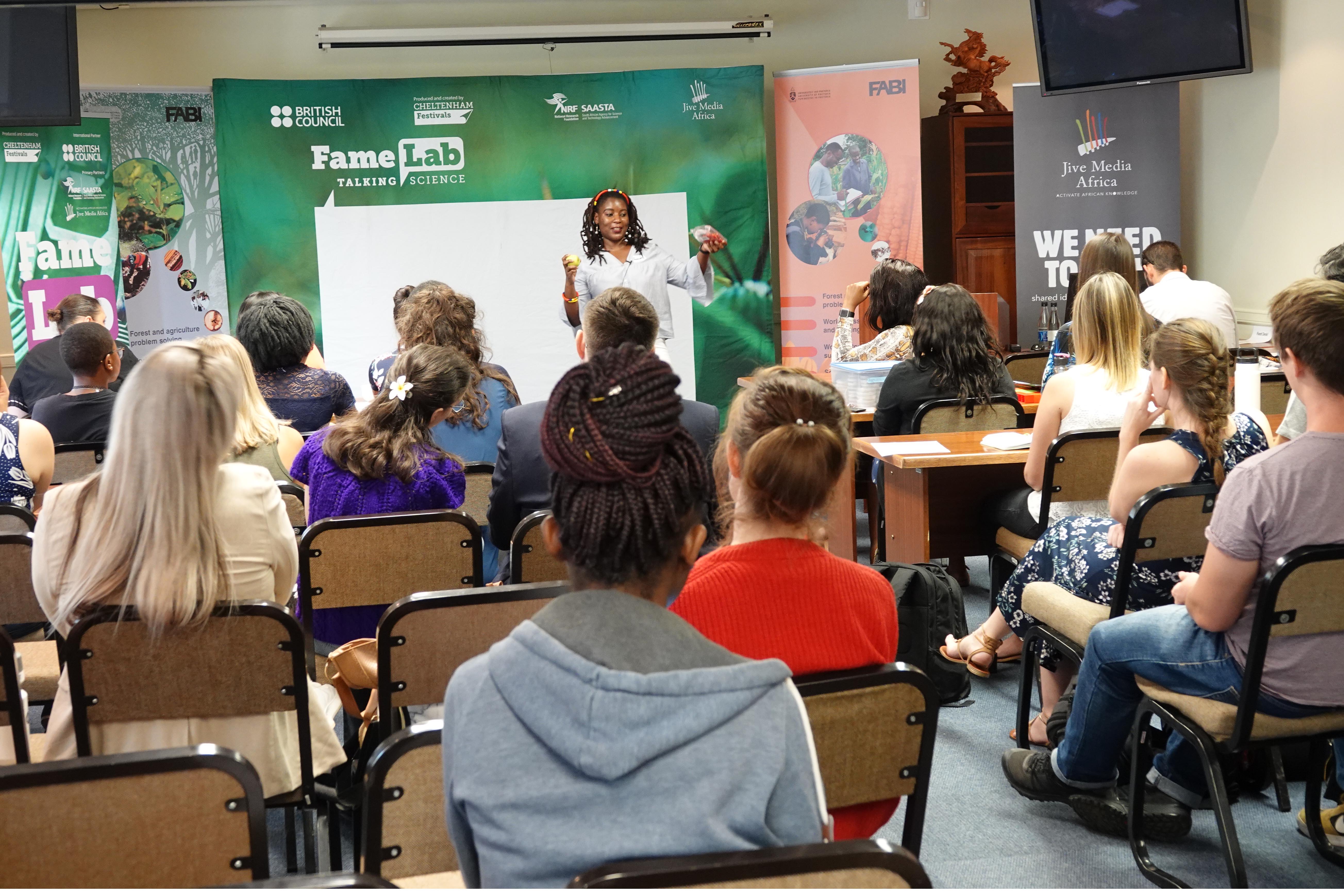 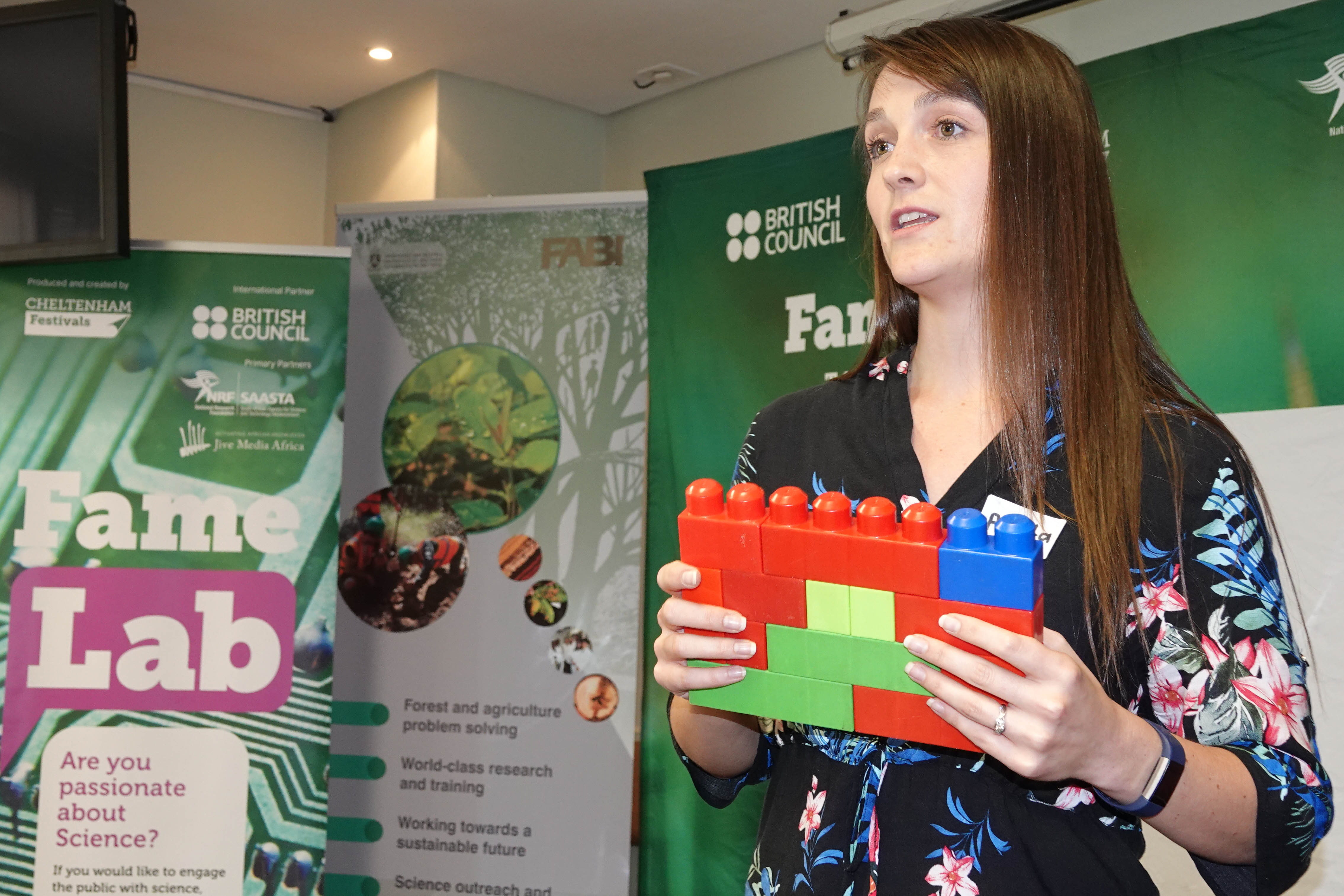 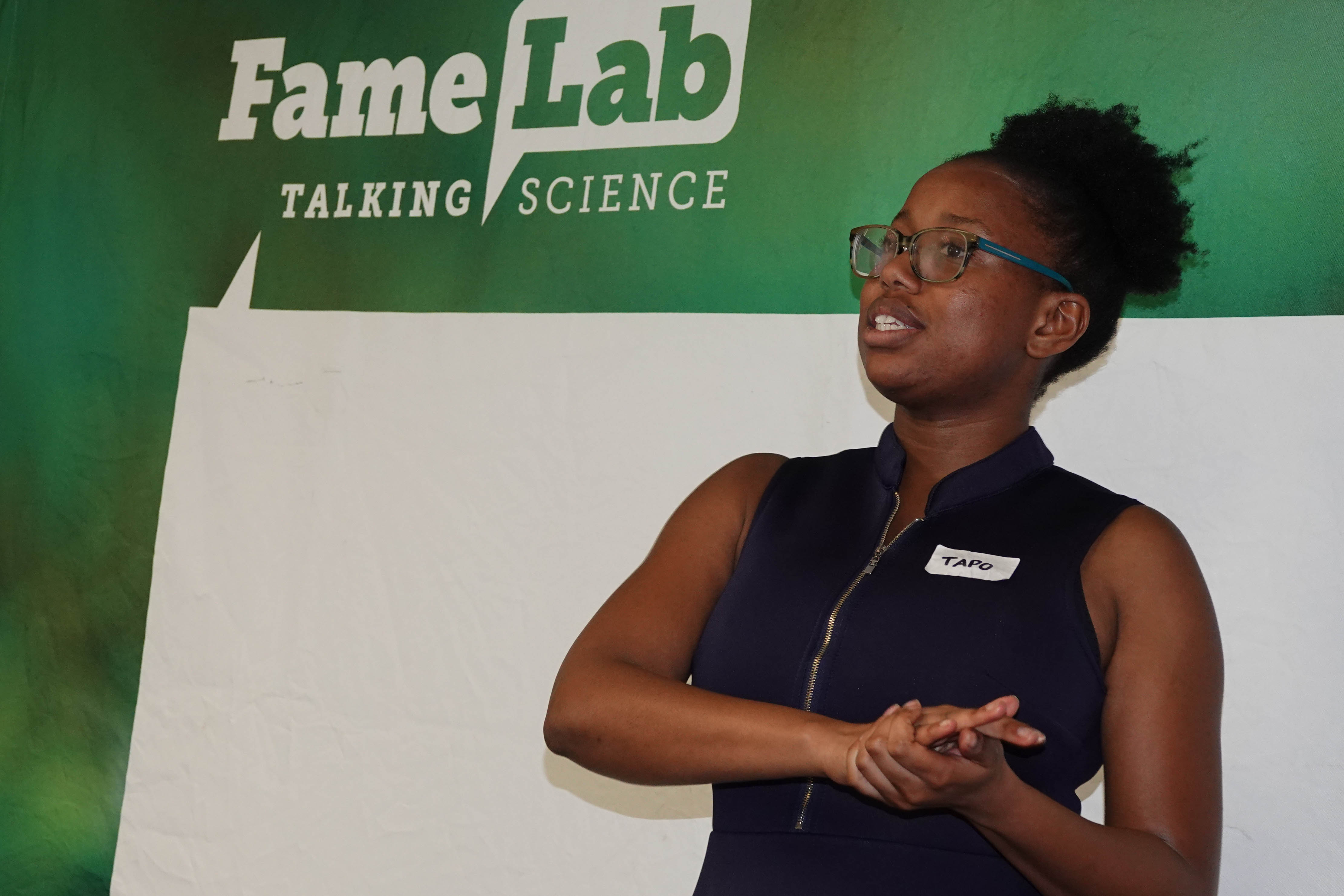 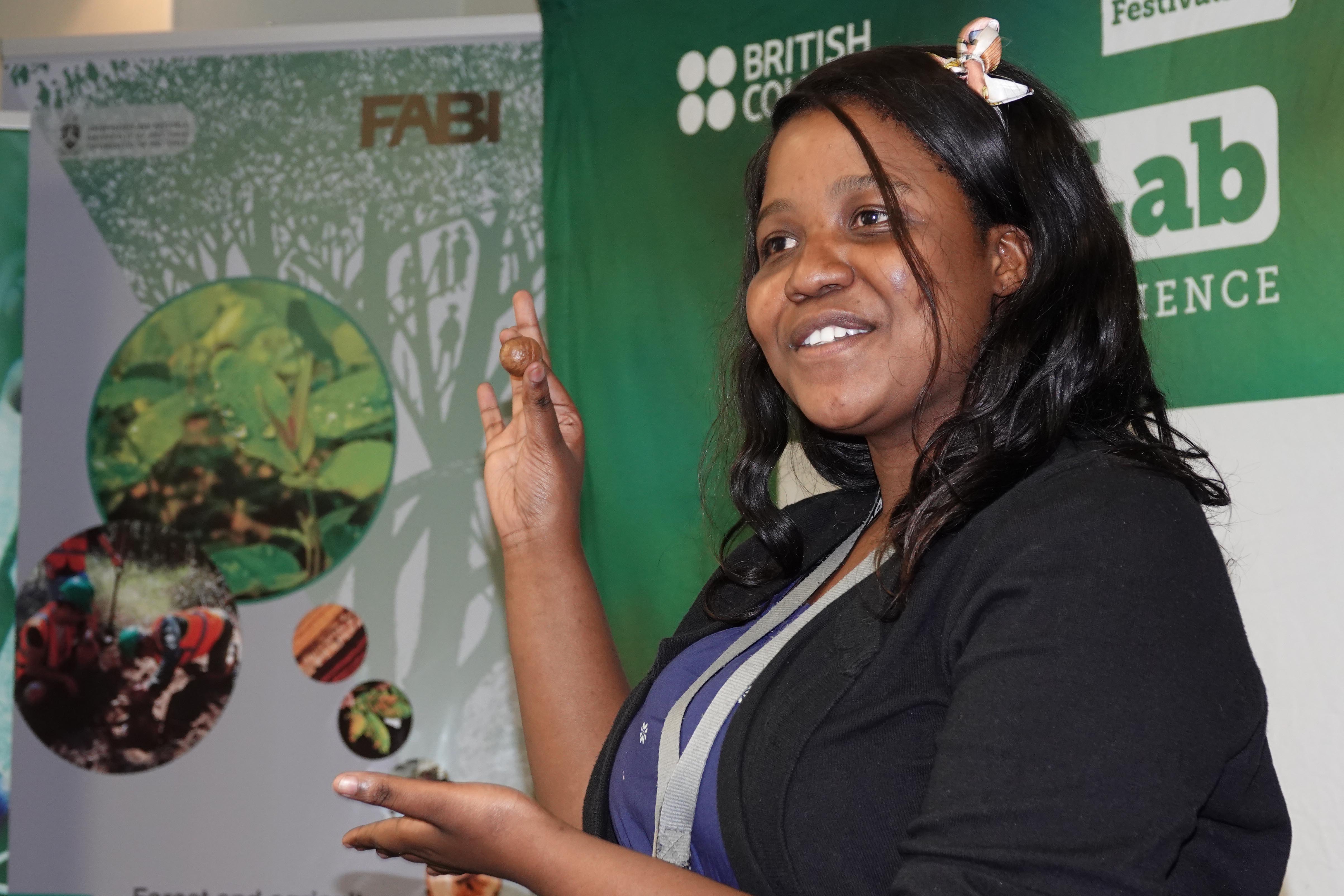 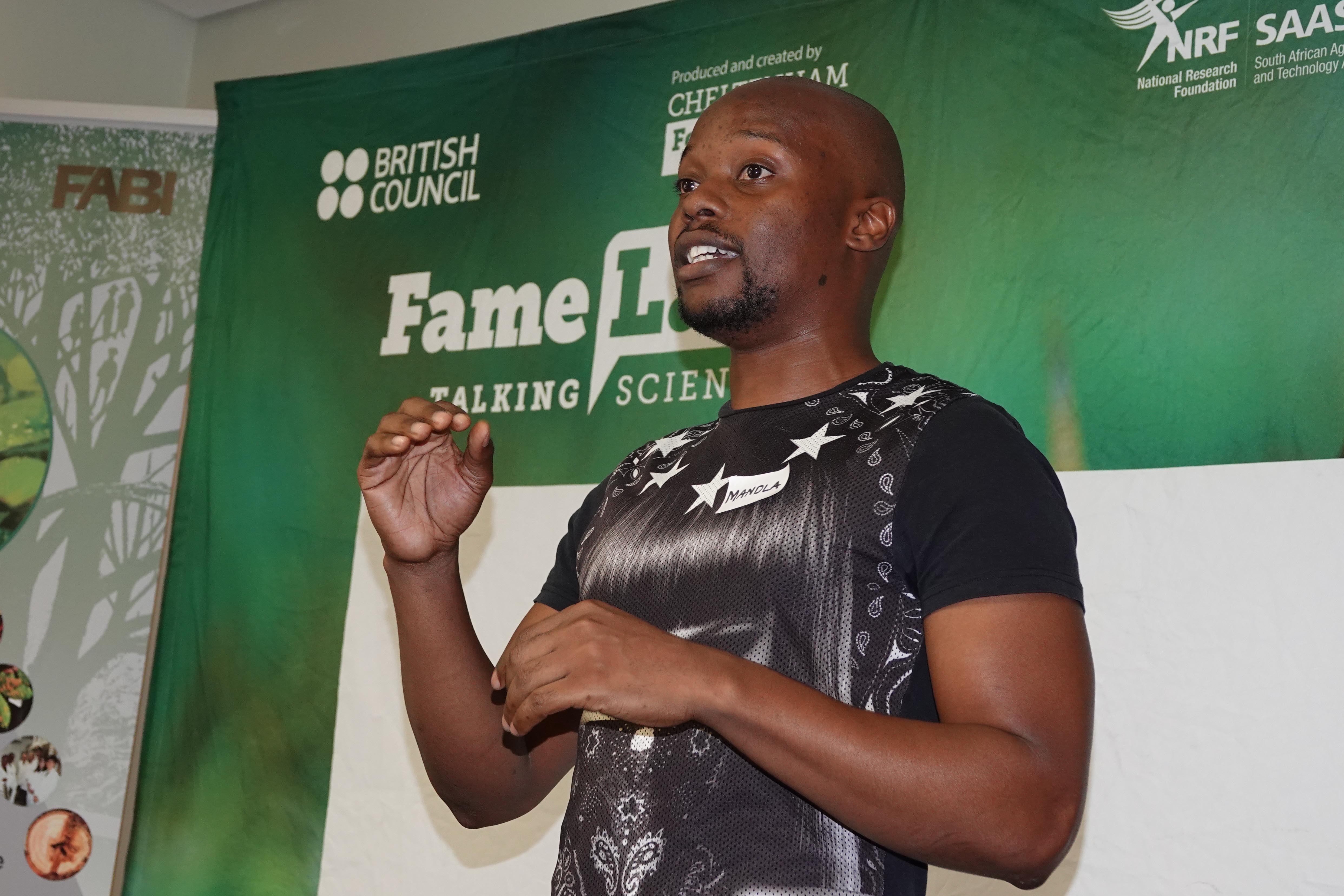 Two FABIans have each earned a spot in the FameLab SA contest and they stand a chance to represent South Africa in the FameLab International finals in the United Kingdom. MSc student Christoff Joubert and PhD student Josephine Queffelec were crowned winner and first runner-up respectively at the FameLab heats at FABI on 5 February. FABI hosted the contest, with a special focus on plant health, in celebration of 2020 as the International Year of Plant Health.

FameLab is an international competition open to anyone between the ages of 21 and 35 studying or working in the science, technology, engineering and mathematics fields. The aim is for the contestants to interpret their work to a lay audience in just three minutes. Thirty postgraduate students at the Institute participated in a science communication workshop facilitated by training facilitator Sthabile Mazubane from Jive Media Africa and Darryl Herron (a FameLab South Africa 2018 finalist) on 4 February in preparation for the heats.

The judges, Dr Nicky Creux, Campaign Strategist and Senior Copywriter at the Department of Institutional Advancement (DIA) at the University of Pretoria Shakira Hoosein as well as Deputy Director for Marketing and Communication at DIA Thembi Tlale, judged the talks on the three Cs – content, clarity and charisma. Though the presenters had to simplify their science for a wider non-scientific audience, they had to achieve this without “dumbing down” the science while being engaging and fun.

The judges praised the presenters for the creativity in which they interpreted their science and the ability to “squeeze in” years of research in three minutes. Topics focused on plant health and included the intricacies of fungal reproduction, the use of pheromones in pest management and the contribution of beneficial bacteria to food security. FABI Director Professor Bernard Slippers congratulated the presenters on the skill they demonstrated and their commitment to sharing with the world the work done in the Institute. The winner of FameLab SA gets an all-expenses paid trip to The Times Cheltenham Science Festival in the UK.