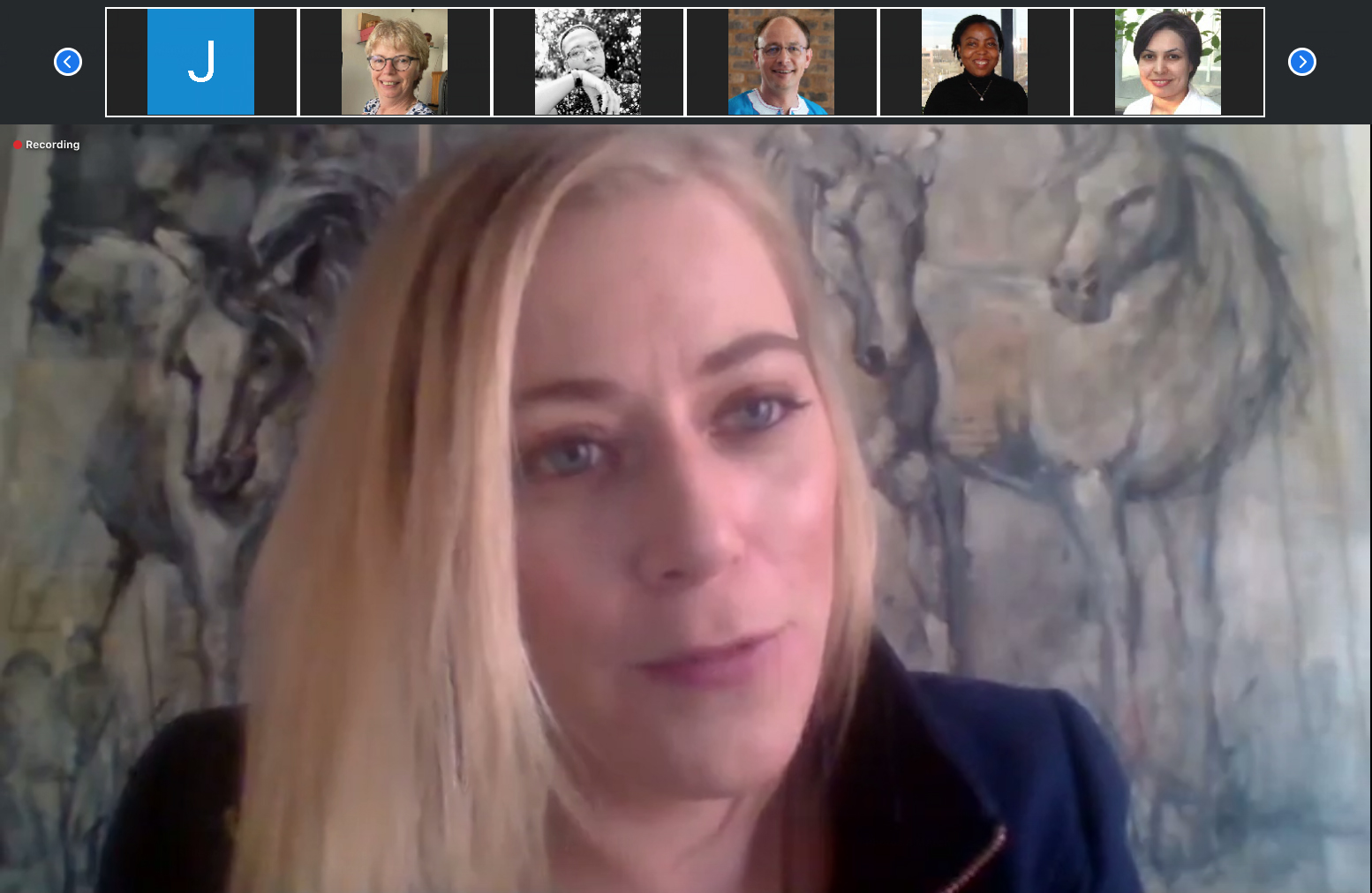 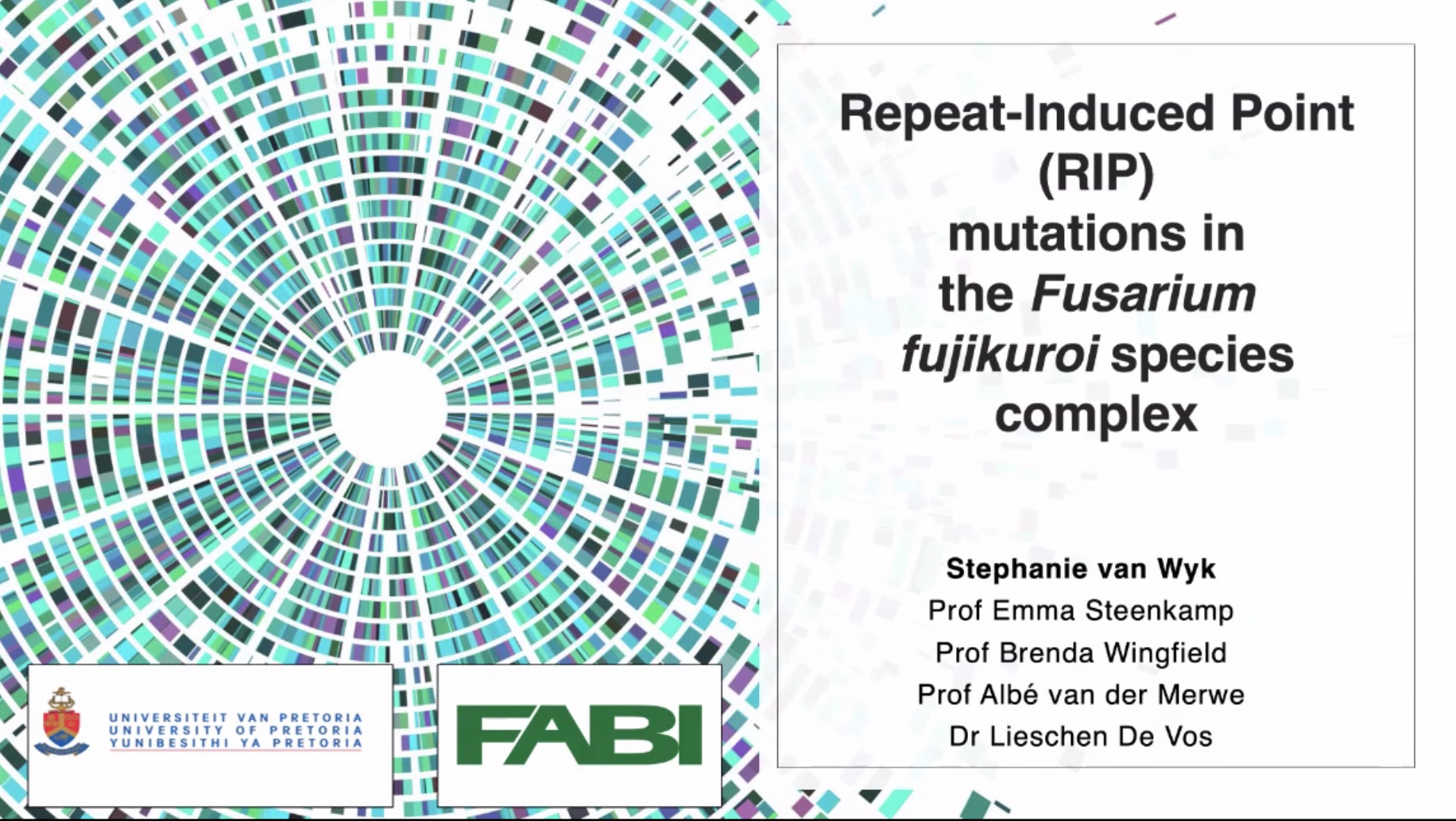 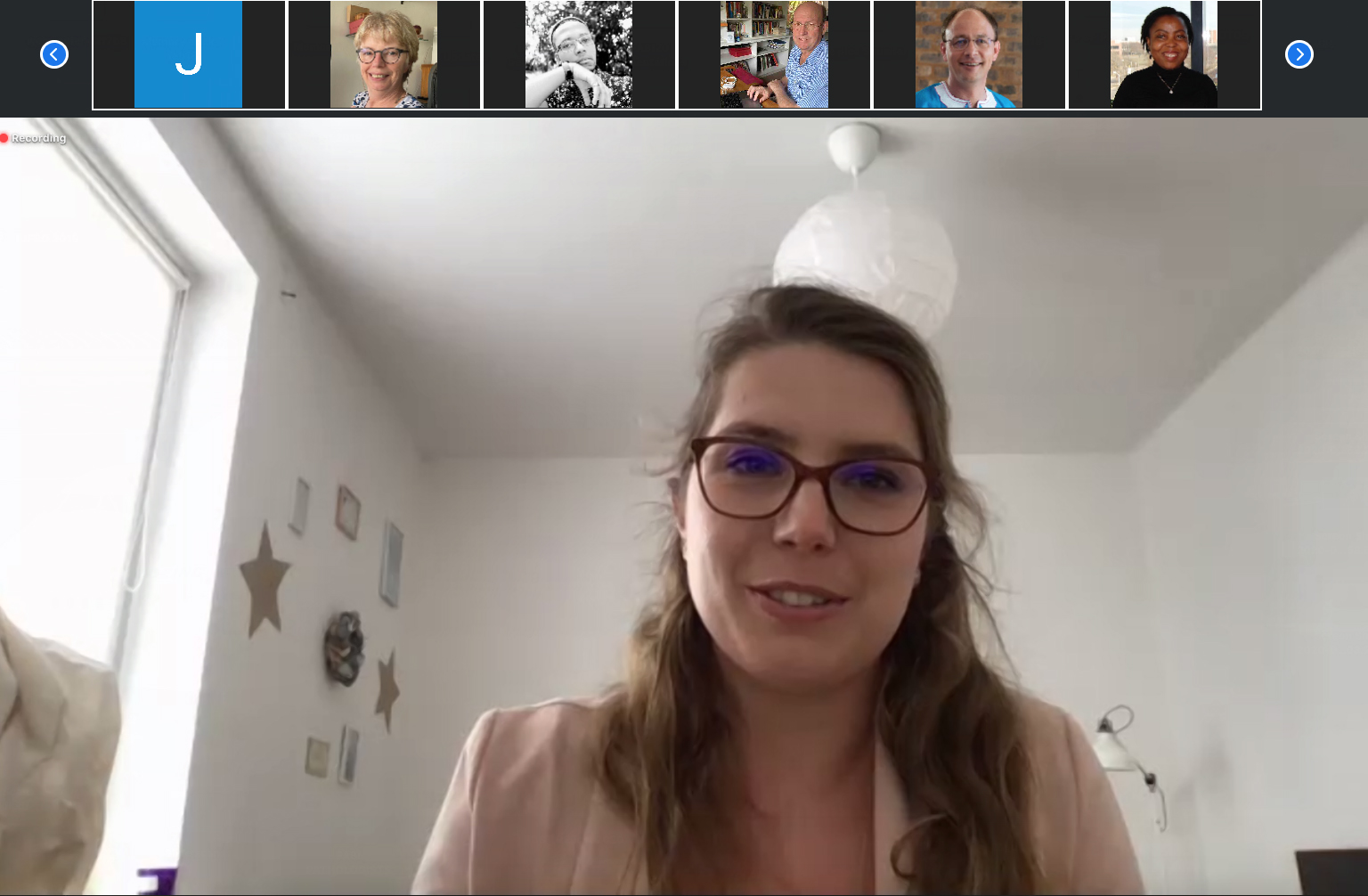 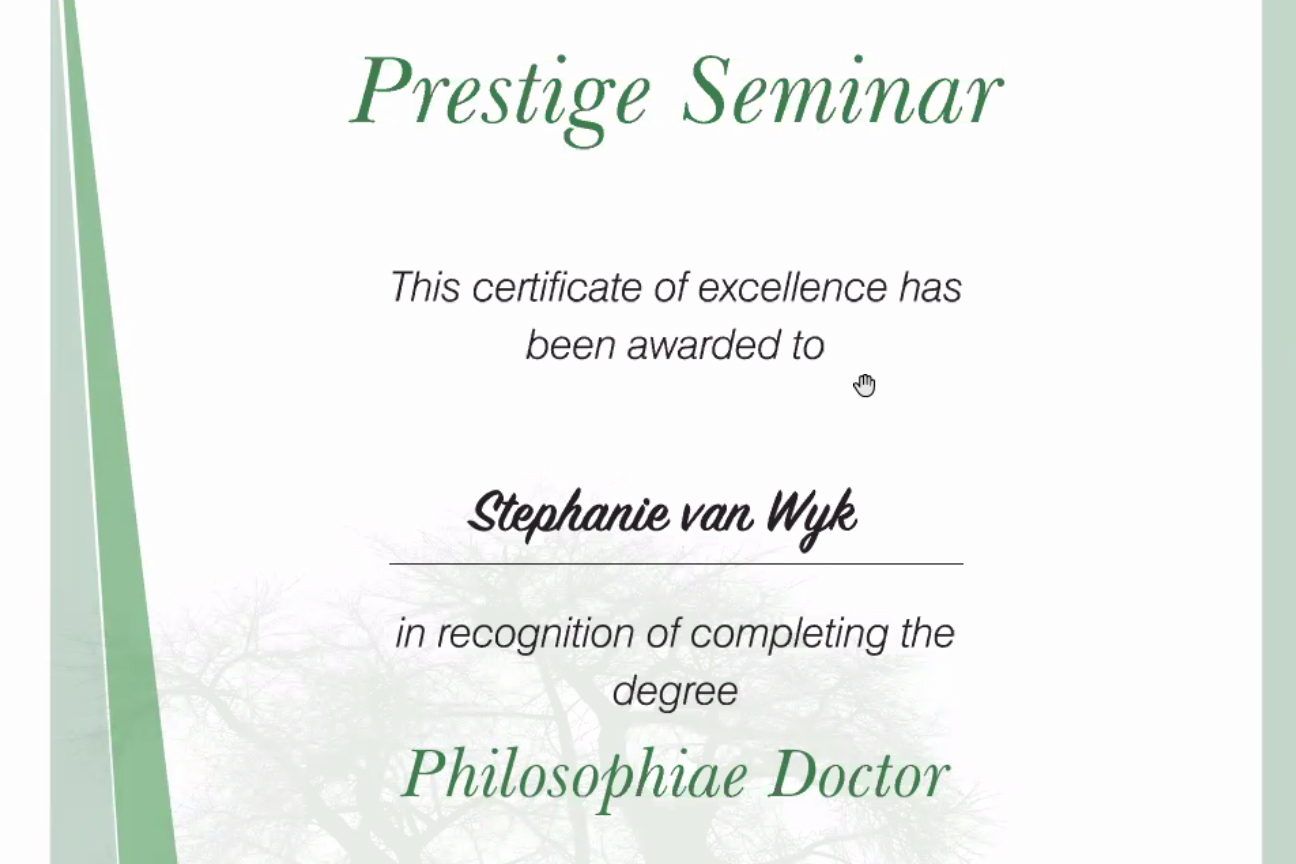 FABI congratulates Stephanie van Wyk who presented her PhD prestige seminar and thesis defence on 2 June, the first FABIan to do so using the online meeting platform, Zoom. The title of her seminar was “Repeat-induced point mutations in the Fusarium fujikuroi species complex.” Stephanie completed her PhD with Prof. Emma Steenkamp, Prof. Albe van der Merwe, Prof. Brenda Wingfield and Dr Lieschen de Vos as supervisors. Her UP examiner was Dr Tuan Duong, and external examiners Prof. Percy Chimwamurombe of Namibia University of Science and Technology and Dr Alice Feurtey of ETH in Zurich.

Prof. Steenkamp congratulated Stephanie on setting a “very high bar academically” with three chapters from her thesis already published in scientific journals. She further said that she was proud of the body of work that Stephanie had produced and the scientist she has become.

A recipient of FABI’s premium FABIan of the Year award in 2019, Stephanie joined FABI in the third year of her undergraduate degree as a mentee in the CTHB Undergraduate Mentorship Programme. She also bagged the Best Oral Presentation award in 2017 and 2018 for her humorous displays at the annual SPOOF meeting.

Her PhD study entailed the design and development of The RIPper, a bioinformatics tool to study repeat-induced point (RIP) mutations in the genome sequences of Ascomycota. The RIP mutation pathway is a fungal-specific genome defence mechanism that counteracts the deleterious consequences of transposable elements (TEs). This pathway permanently mutates its target sequences by introducing cytosine to thymine transitions. The results presented in this thesis provided valuable insights on the genome-wide occurrence, extent and cumulative influence of RIP amongst fungi representing varying degrees of divergence. Prior to the research presented in this thesis, investigation on the genome-wide occurrence of RIP has been limited due to restricted computational techniques.

Her research represents an assembly of studies dealing with genome-wide analyses of RIP using the improved set of software tools. Based on the findings of this research, the use of a sliding-window approach and optimised parameters enabled identifying the extent and occurrence of RIP beyond gene-level analyses. Further, the software developed in this thesis enabled automation of in silico RIP analyses. RIP analyses performed with The RIPper allowed validation of this tool’s ability to detect RIP affected regions in fungal sequences. In silico RIP analyses using The RIPper software enable the study both fine-scale and the genome-wide RIP in Ascomycete sequences.

The occurrence, genetic context and frequency of RIP mutations were investigated in the genome sequences of the pitch canker pathogen, Fusarium circinatum, and its close relatives in the Fusarium fujikuroi species complex (FFSC). The results showed that RIP is an important driver of genome variation and differentiation of the different sub-genomic compartments of F. circinatum.  It was shown that RIP leads to an overall increase of the AT-rich sub-genomic compartment of F. circinatum and that the cumulative influence of RIP on the overall base composition can influence the physical properties of regions with RIP.

The body of knowledge generated in this study forms a baseline to enable future comparative analyses of RIP of newly sequenced genomes. Moreover, the data generated here can now serve as a baseline for functional investigations to address questions relating to the biological and molecular determinants directing the observed variation in RIP of fungi.