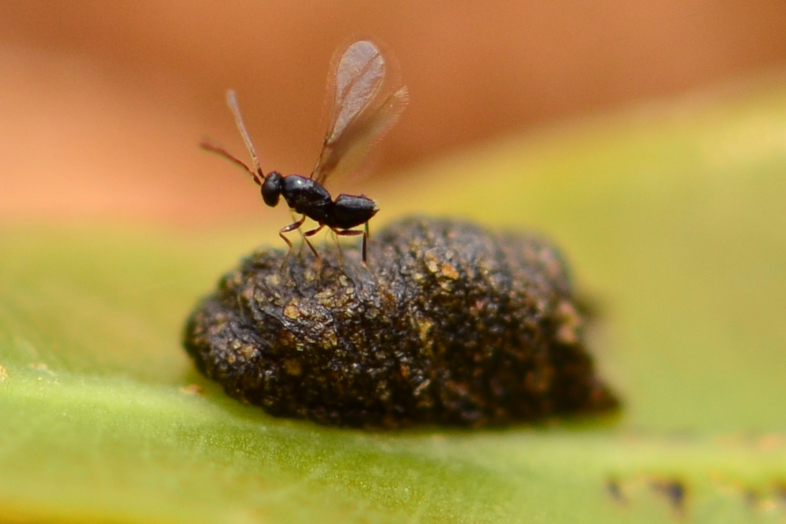 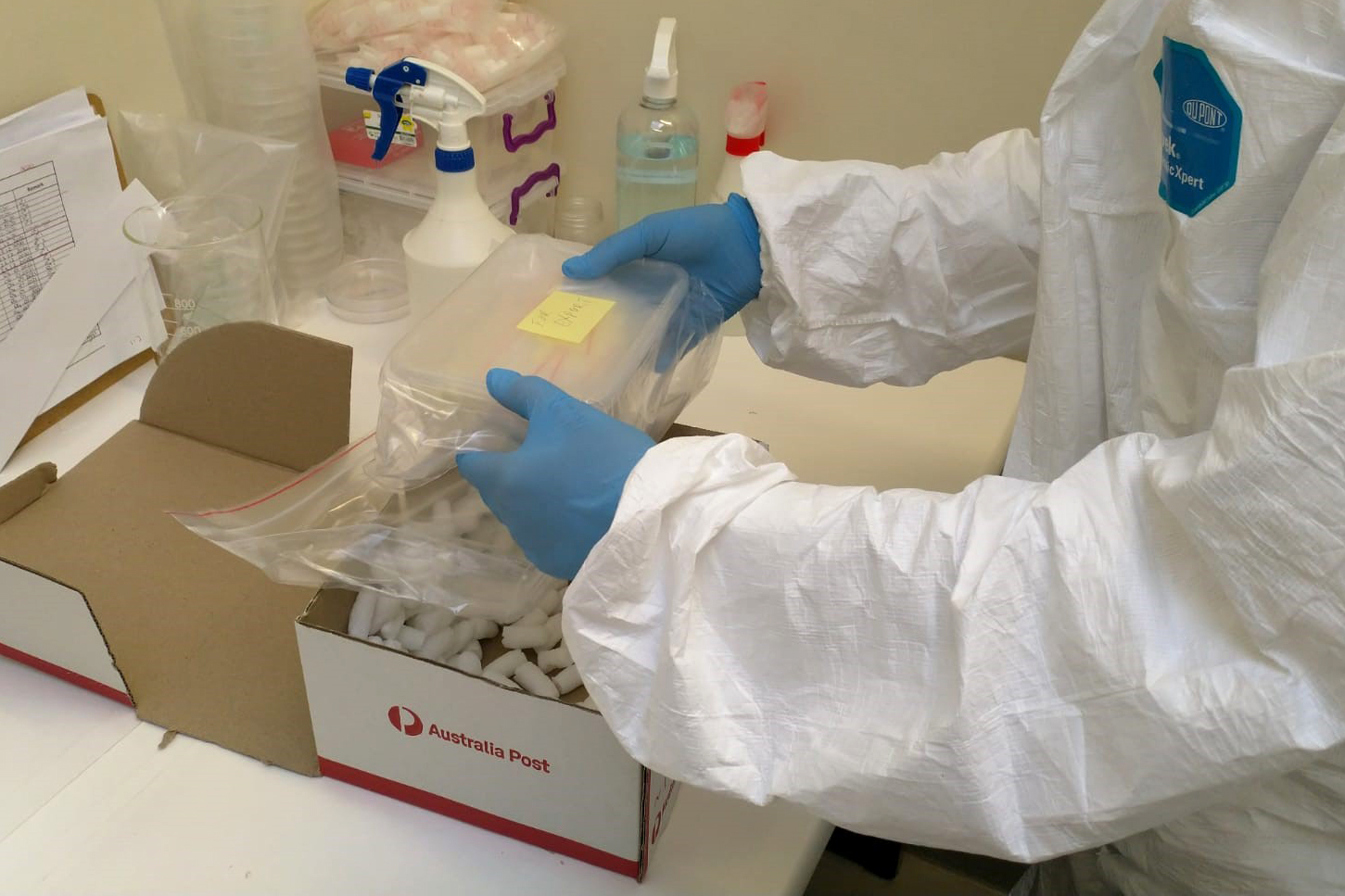 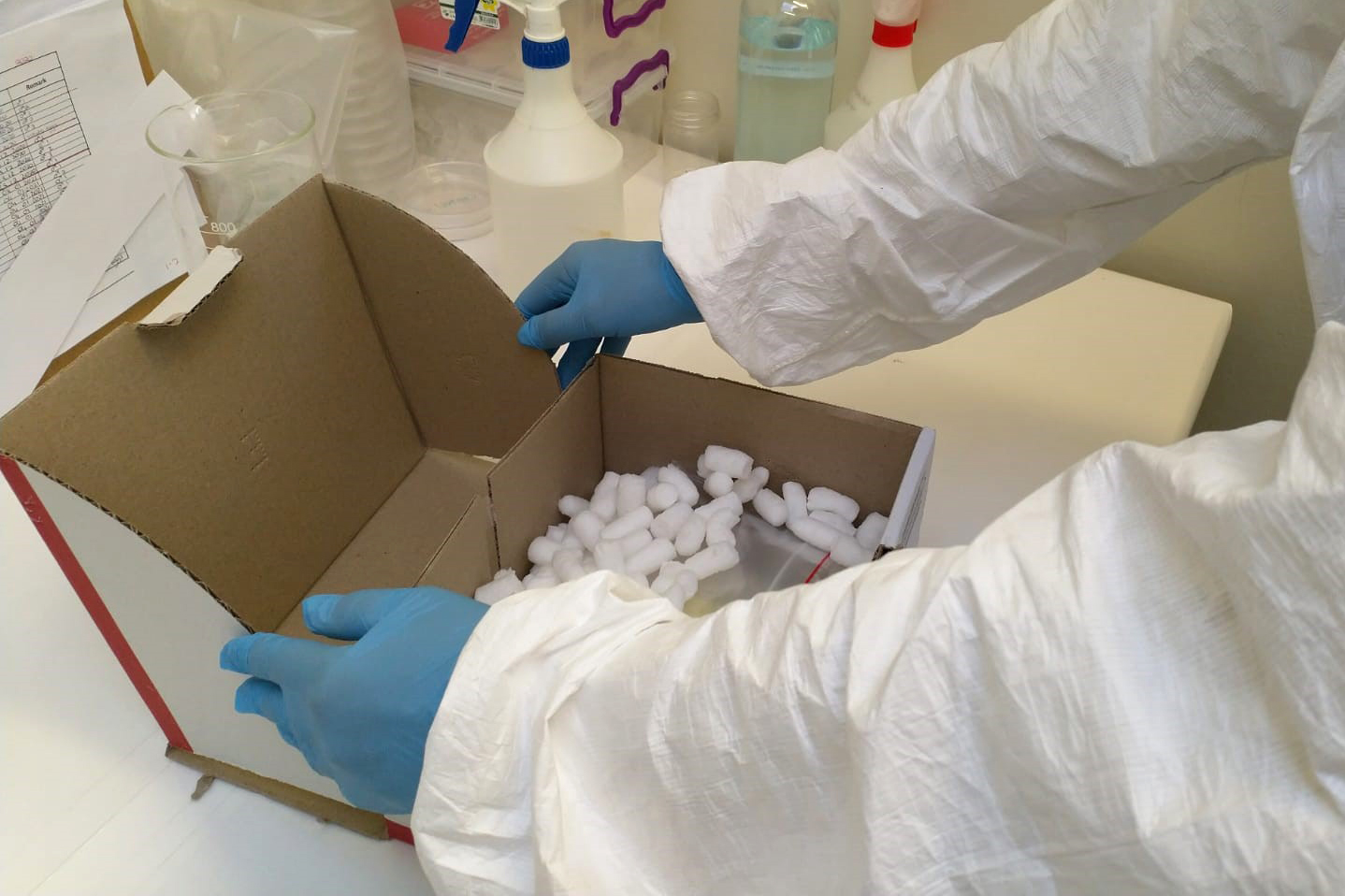 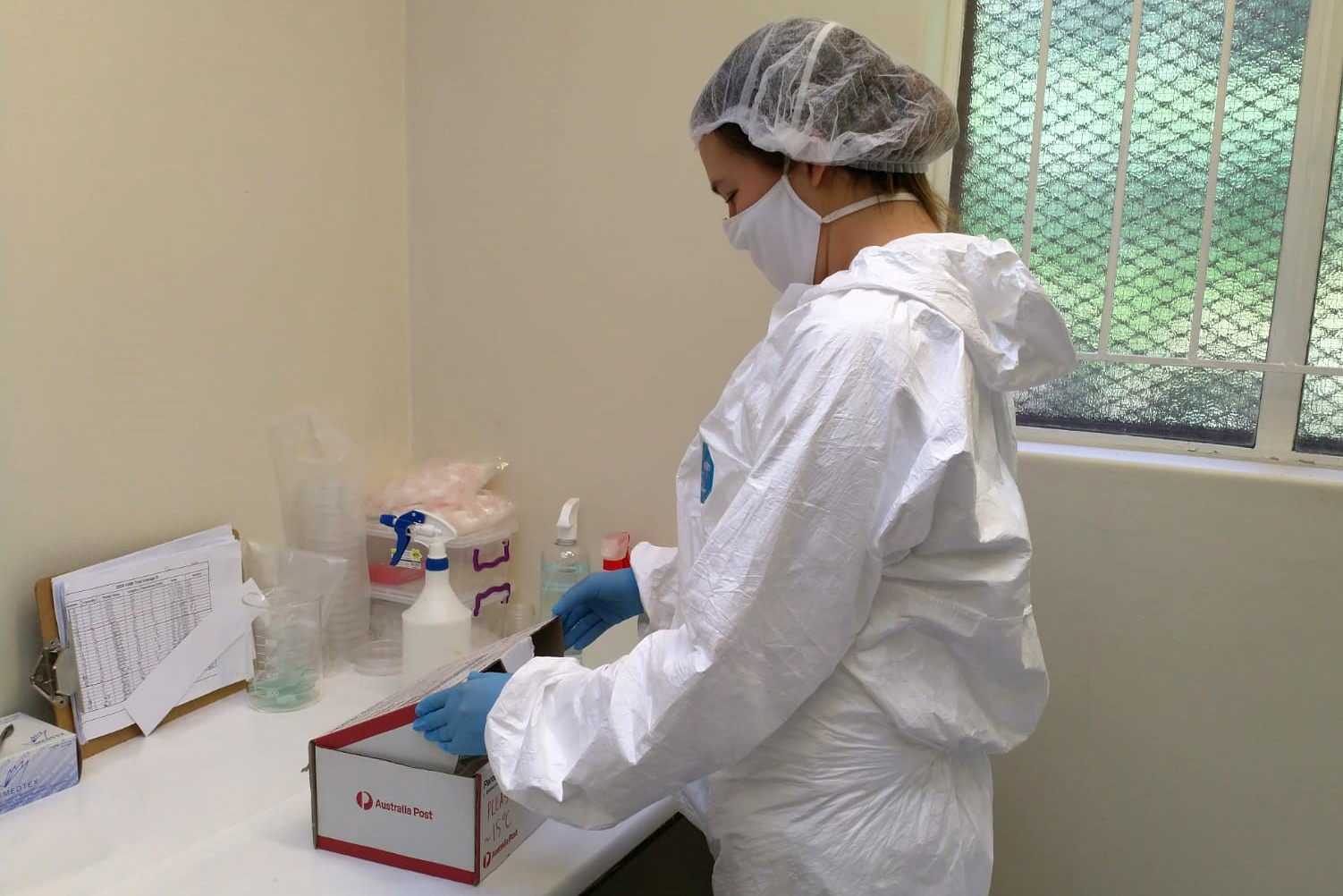 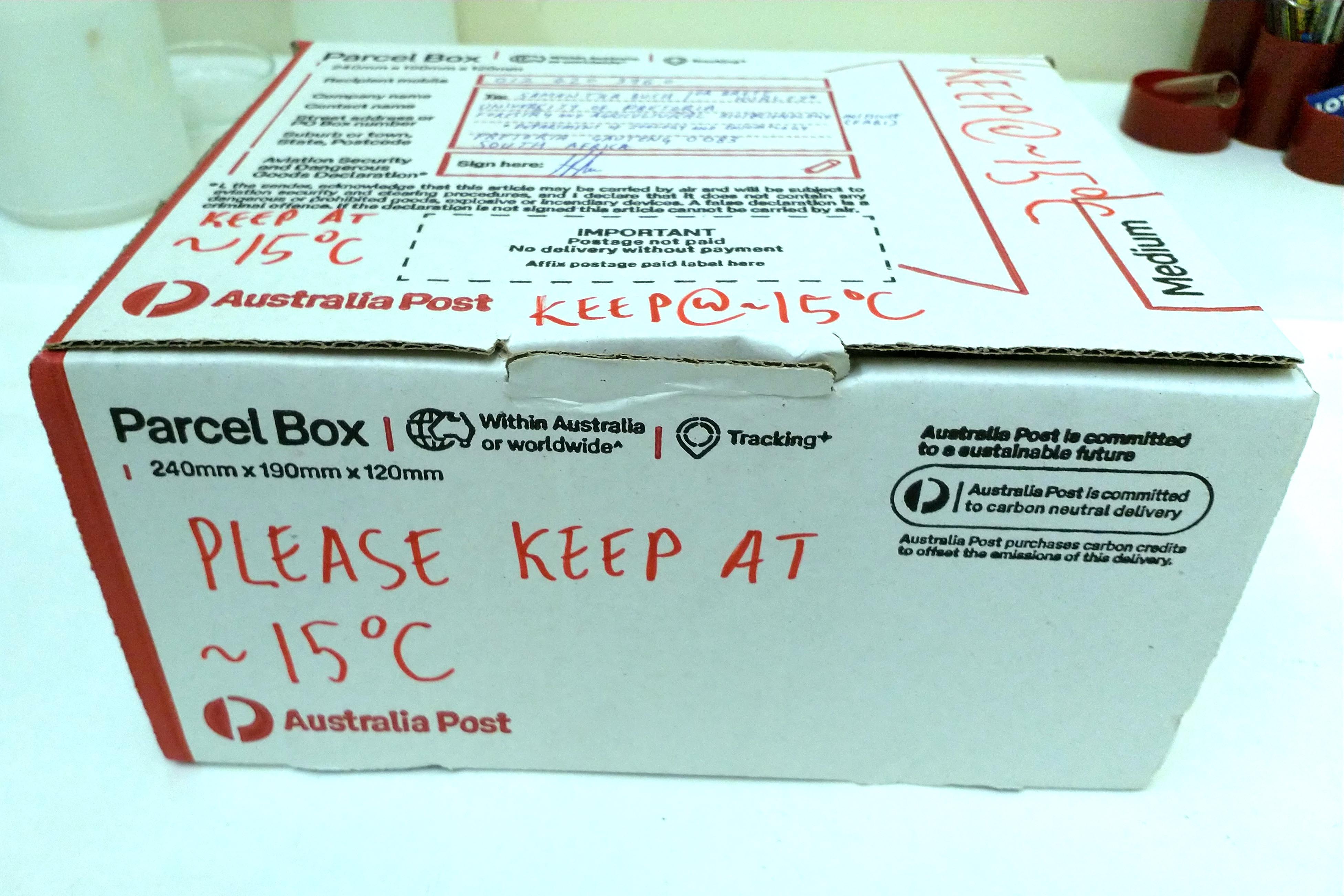 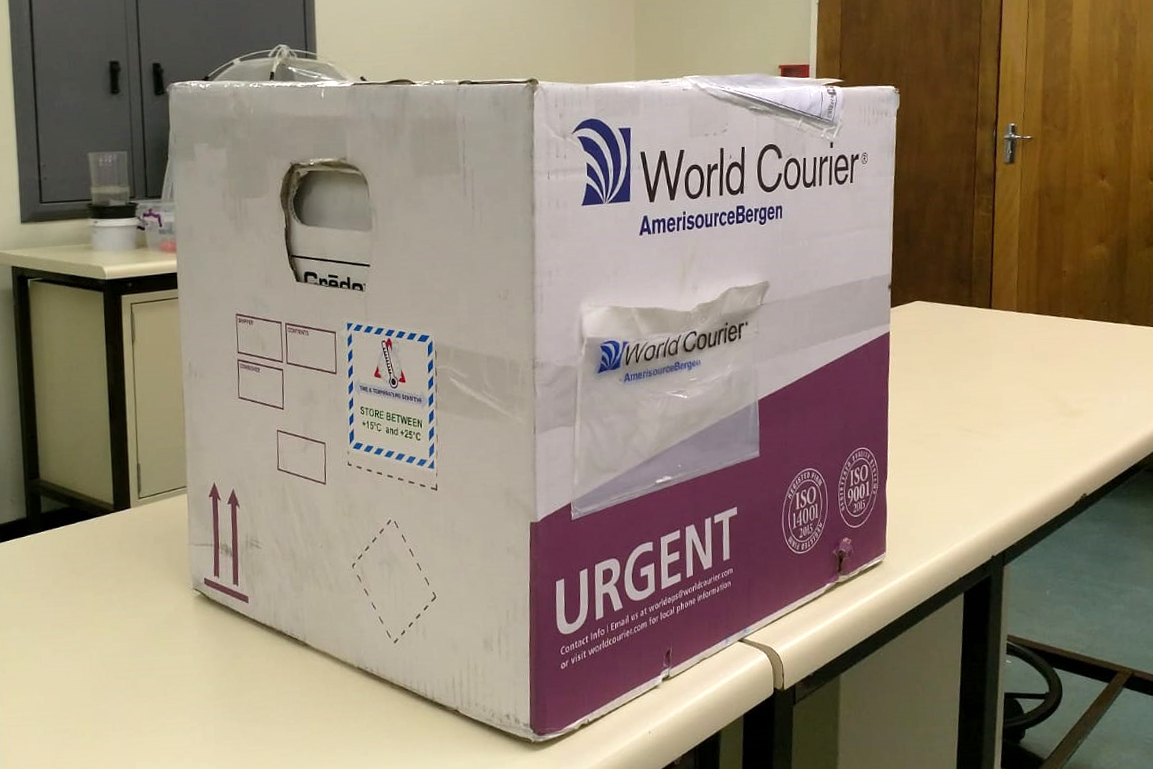 The original shipment of Anaphes nitens received by F.G.C. Tooke in 1926 originated from a single location in South Australia. The climate of that region is considerably different to that of the major Eucalyptus production regions in South Africa. The team at FABI have been collaborating with BiCEP (Biological Control of Eucalypt Pests) to identify regions in Australia that are climatically similar to that of the KwaZulu-Natal and Mpumalanga provinces where outbreaks of Gonipterus are observed.

Despite travel restrictions due to the COVID-19 pandemic, a shipment of Anaphes nitens collected in Queensland, Australia was received by the FABI biocontrol facility at the University of Pretoria’s experimental farm last week. The shipment is currently placed in the quarantine facility where the insects will be reared. Experiments are being planned and plans are under way for the release of this population of Anaphes nitens. The experimental work forms part of a PhD project of Harm Barten.

The team at the FABI, Biocontrol facility would like to thank Dr Simon Lawson and Andy Howe for their perseverance and dedication in making the shipment possible. We also thank World Courier Services for taking great care of a very valuable shipment.

Photos of the Anaphes nitens female on a Gonipterus sp. n. 2 egg capsules is taken by Dr Michelle Schroder and of the A. nitens shipment at the FABI biocontrol facility by Samantha Bush.