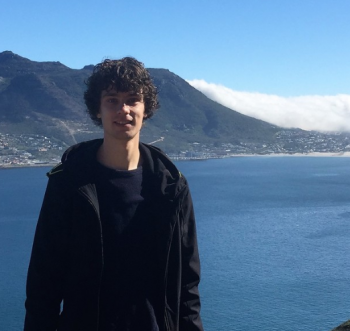 I did my BSc and MSc at Wageningen University in The Netherlands where I studied Biology, with a specialization in biological control of insects. During the bachelor I took part in the minor Ecology and Biological Control of Insects and during my master thesis I worked on geotaxis in the two-spot ladybird beetle, a natural enemy of aphids on lime trees. Besides that I did an internship at the North West University in Potchefstroom, where I studied the effect of host size on the development of a parasitoid of stemborers in maize.

To continue my career as an entomologist I started with a PhD at the University of Pretoria where I am working on biological control of Gonipterus sp. n. 2, a major pest in Eucalyptus plantations. To control this pest the egg parasitoid Anaphes nitens was imported from Australia and released in South Africa in 1926. Although this introduction is generally seen as an example of successful classical biological control, the pest still remains of importance for the forestry industry today.

Recently a new A. nitens population was imported from a different locality in Australia, which is better climatically matched to the main Eucalyptus growing areas in South Africa. Several fitness characteristics will be compared for the two populations and the crosses between them. Besides that the response to various (extreme) climatic conditions will be evaluated for the two populations. Lastly a microsatellite marker set will be designed to analyze the genetic population structure of A. nitens in South Africa and Australia.