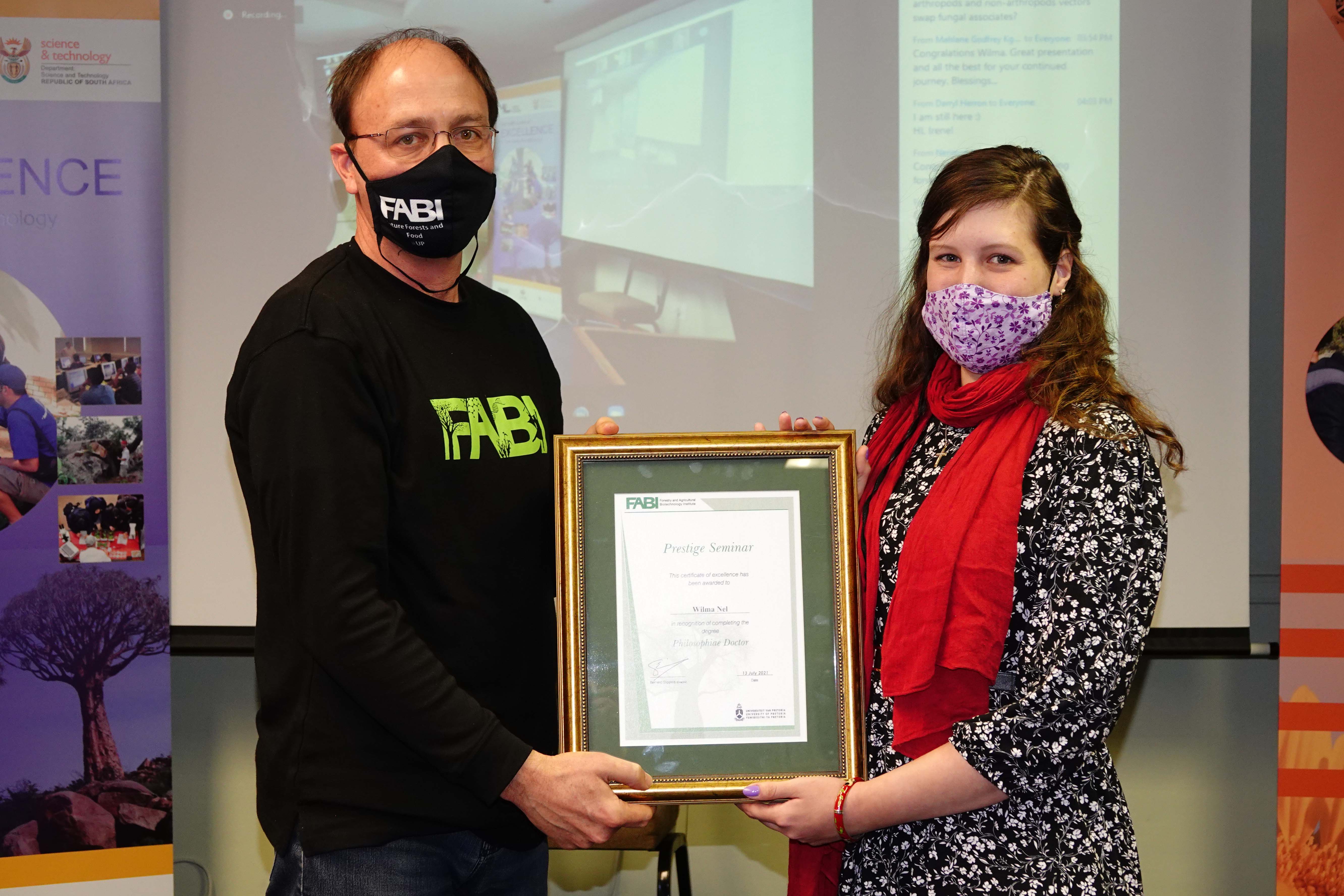 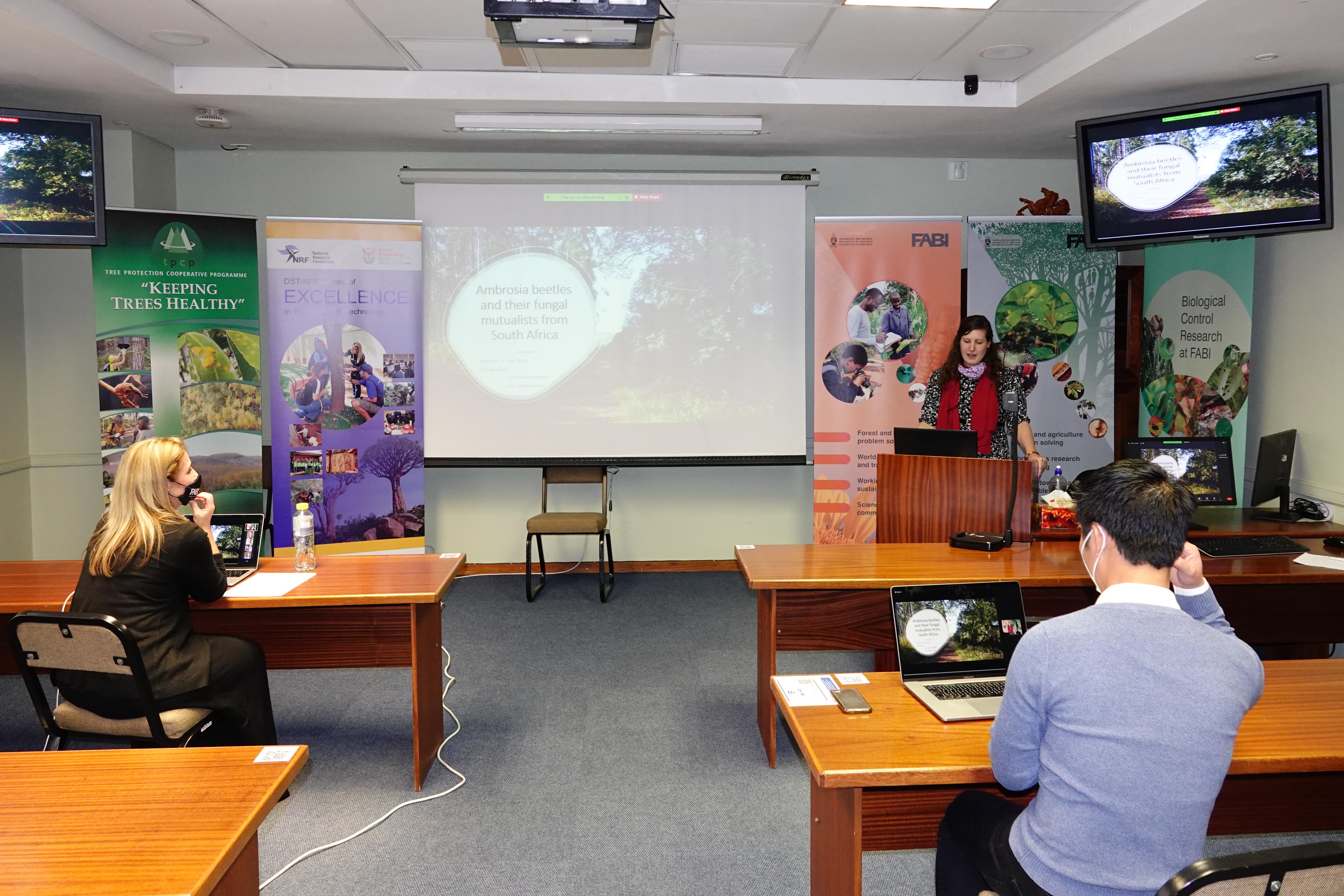 Congratulations to Wilma Nel on completing all requirements for her PhD on 13 July. She presented her Prestige Seminar “Ambrosia beetles and their fungal mutualists from South Africa” online. This is also a celebration for Dr Tuan Duong as this is the first PhD candidate to complete their degree under his primary supervision - a highlight for a researcher. Her co-supervisors for her PhD were Prof. Mike Wingfield and Prof. Wilhelm de Beer.

The recent introduction of the devastating Polyphagous Shot Hole Borer (Euwallacea fornicatus) and its fungal symbiont (Fusarium euwallaceae) into South Africa led to renewed interest in ambrosia beetles and their symbiotic fungi in the country. However, a large gap exists in studies focussed on these insects and their associated fungi originating from South Africa. Wilma’s study set out to address some of this knowledge gap. Results from this study shows that South Africa is home to a rich biodiversity of ambrosia beetle species, their closely related bark beetle cousins, and the fungi they associate with.

Wilma’s study also resulted in the description of five new Ophiostomatalean species with three of these species (residing in two new genera) being identified from fungus farming termite mounds - a unique and unexplored niche in which to find these fungi. By analysing genome sequence data from many species, Wilma was able to show that a symbiosis with arthropods evolved by various members of the Sordariomycetes, including those with ambrosia beetles, resulting in losses of genes belonging to many important gene families. This study further showed that the longer a species has been in symbiosis with its insect partner and the more strictly they associate, the more extreme the changes to their genomes are.

FABI wishes Wilma well with a postdoc she will shortly commence in the Institute.