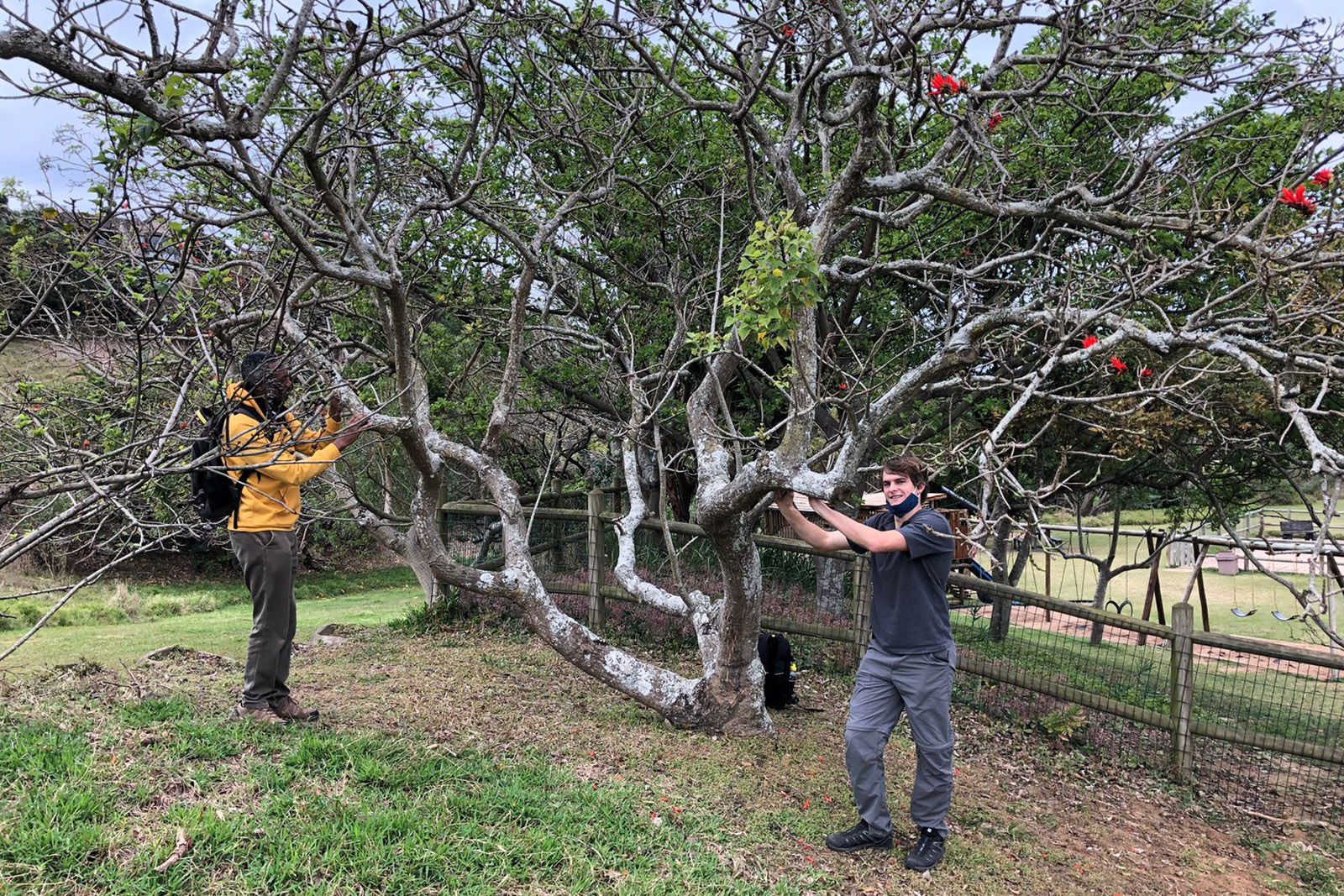 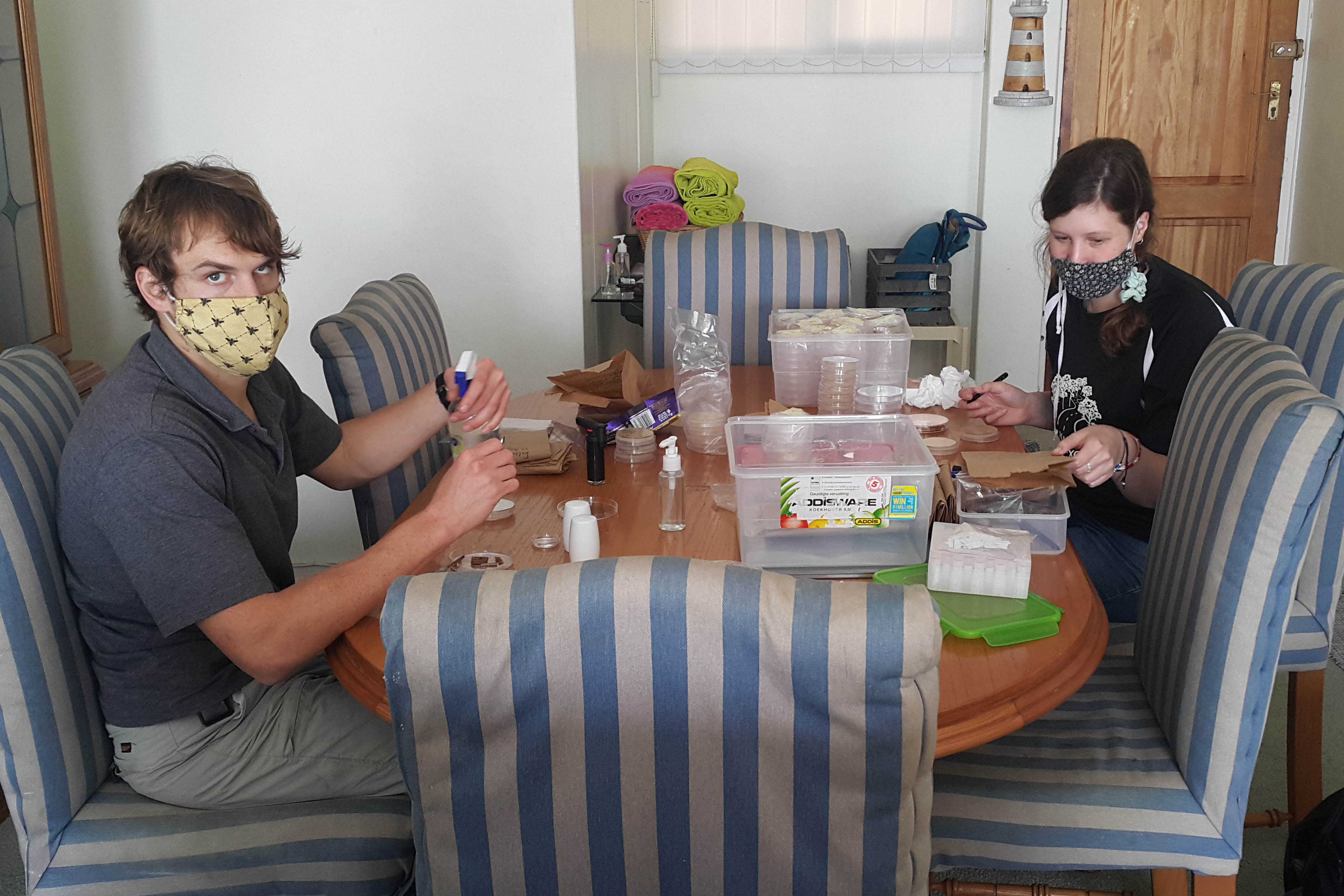 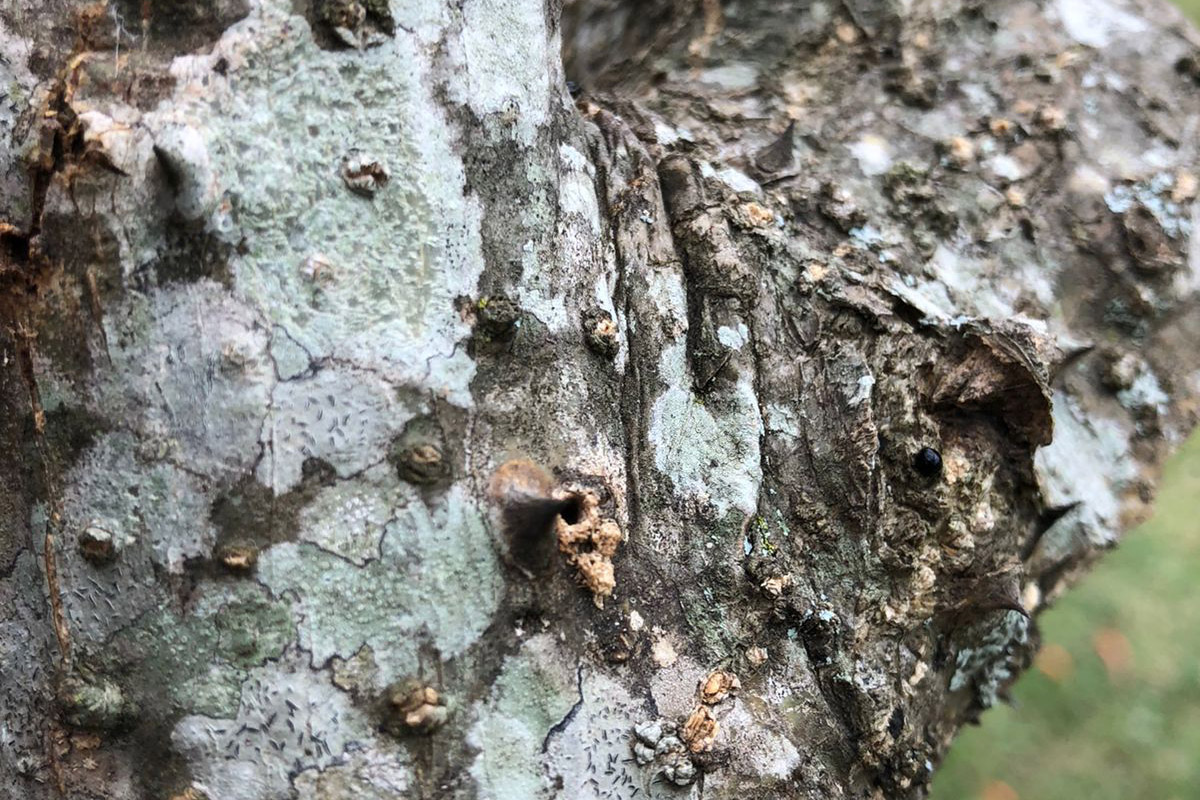 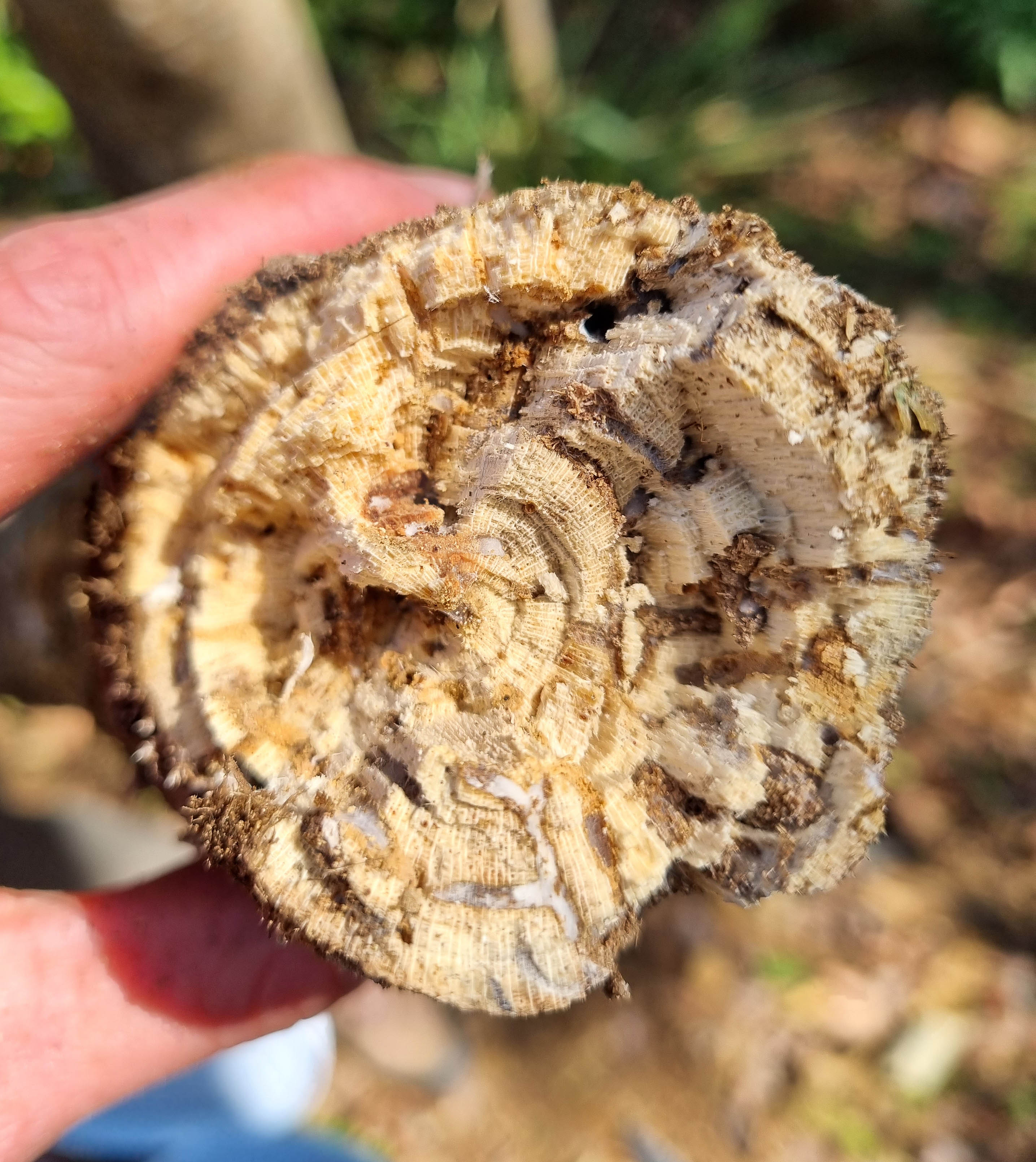 The Polyphagous Shot Hole Borer (PSHB), Euwallecea fornicatus, is one of the most serious biological invasions in South Africa. This tiny beetle and its fungal symbiont, Fusarium euwallaceae, attack over 100 tree hosts in South Africa, including many ornamental and native tree species. Living inside its tree host for most of its life cycle, and with a very high reproductive rate, this insect is very difficult to control.

One of the potential control options is biological control. An important step in developing biological control is to determine if any native insects (such as predators, parasitoids and entomopathogens) have already recruited PSHB as a host, and thus have become natural enemies that can be used in a biocontrol strategy. For this purpose, a team from FABI visited various sites in the greater Durban area to scout for native natural enemies that may have recruited the PSHB. This included the Durban Botanical Gardens and natural areas of Northern coastal forest, Swamp forest and Mangrove forest.

Material infested with PSHB was collected and any natural enemies found from these samples will be identified. Material potentially infested with another ambrosia beetle species closely related to PSHB, Euwallacea xanthopus, was also collected. Native to Africa, this species has previously been detected infesting trees in KwaZulu-Natal, but very little is known about the beetle, its fungal symbiont/s or its host range. Due to its close relationship to PSHB, native natural enemies of this beetle will also be investigated for their potential as biocontrol agents for PSHB.

This project forms part of the PhD of Garyn Delport, to understand the ecological landscape for the potential control of PSHB, and the Postdoc of Dr Wilma Nel, to investigate biological control strategies for PSHB. The research is funded by the Department of Forestry, Fisheries and Environment (DFFE) and involves FABI researchers Profs. Brett Hurley, Wilhelm de Beer, Bernard Slippers, Mike Wingfield and Dr Neriman Yilmaz, as well as Prof. Francois Roets (Stellenbosch University) and Prof. Martin Hill (Rhodes University).