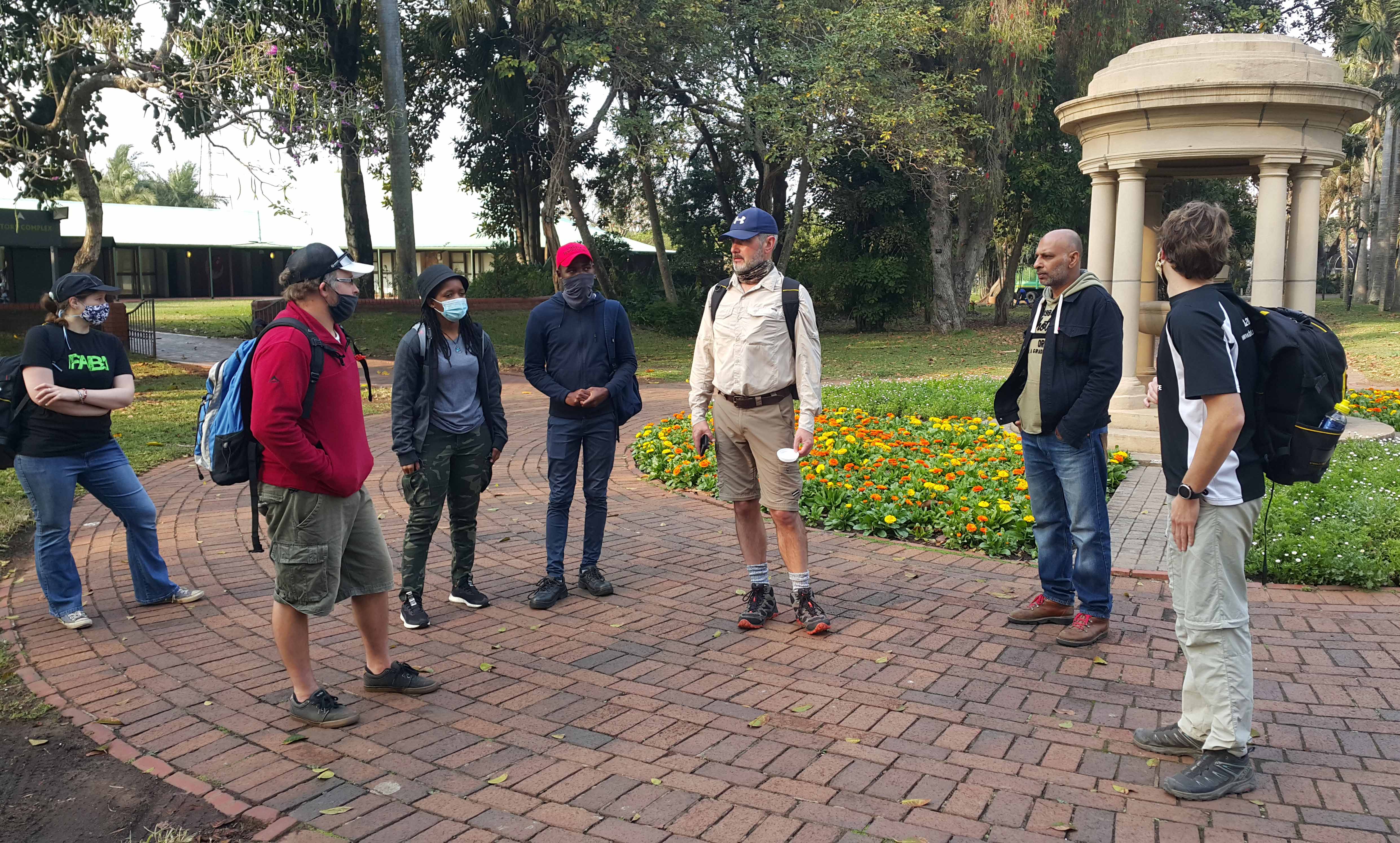 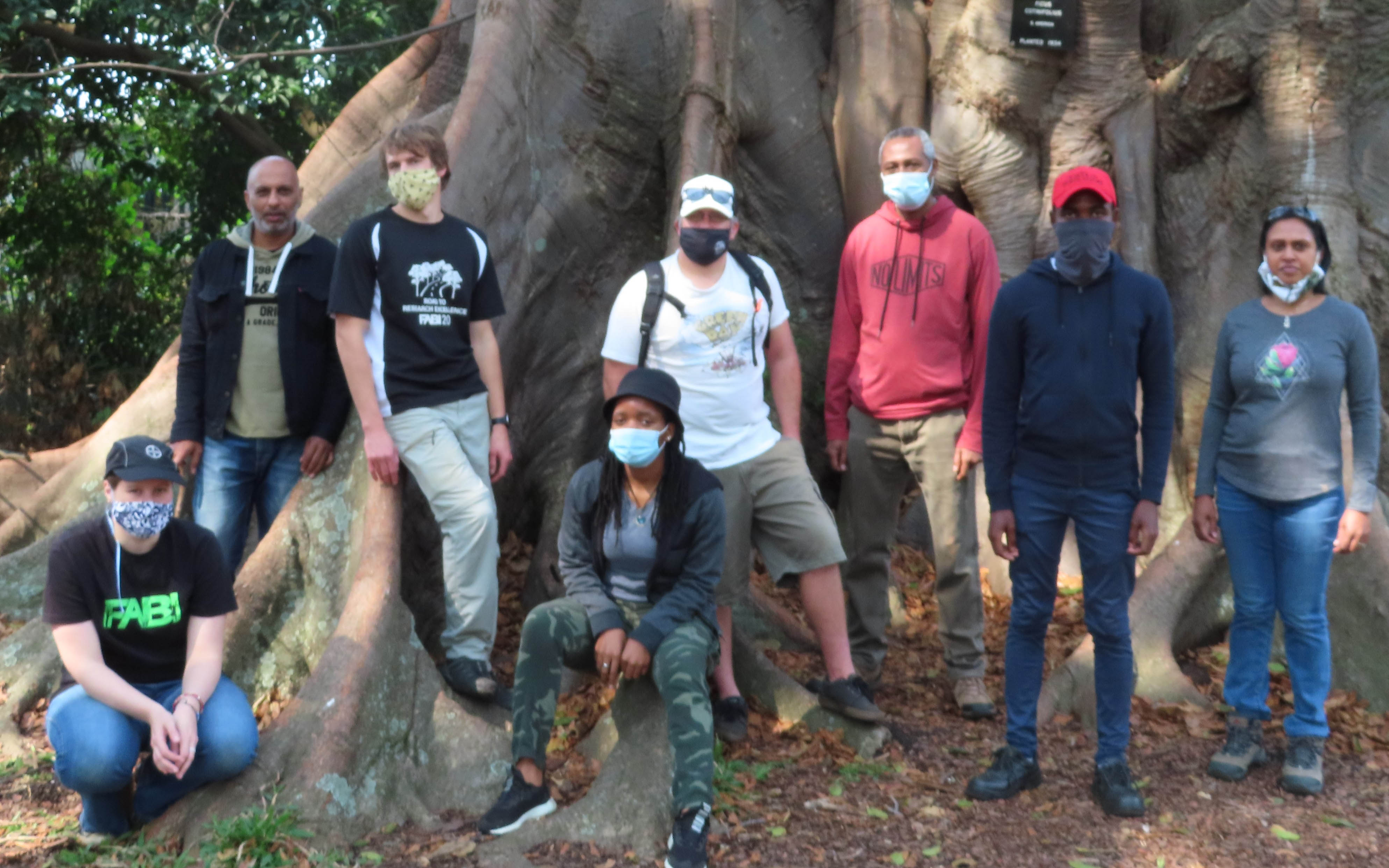 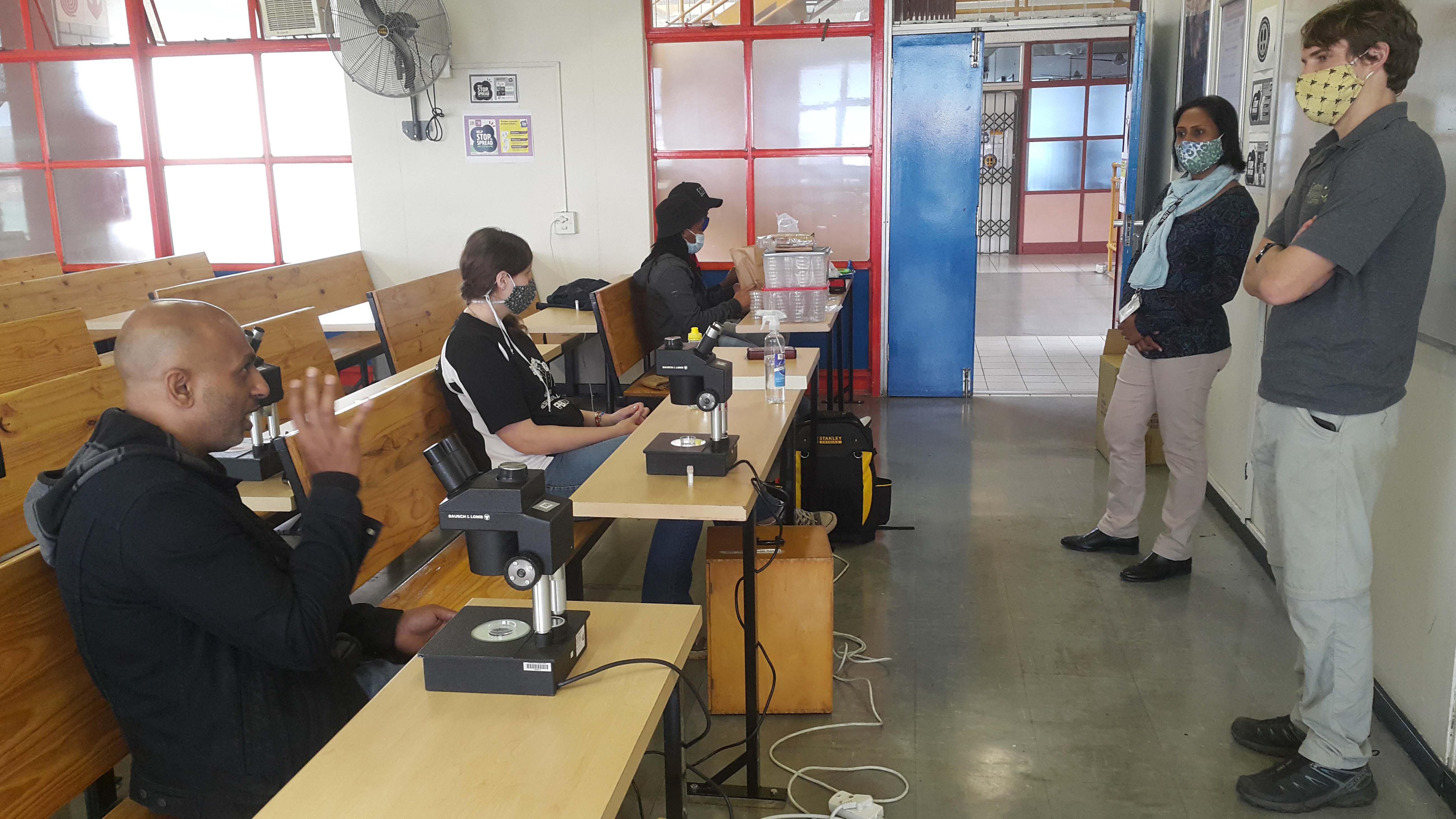 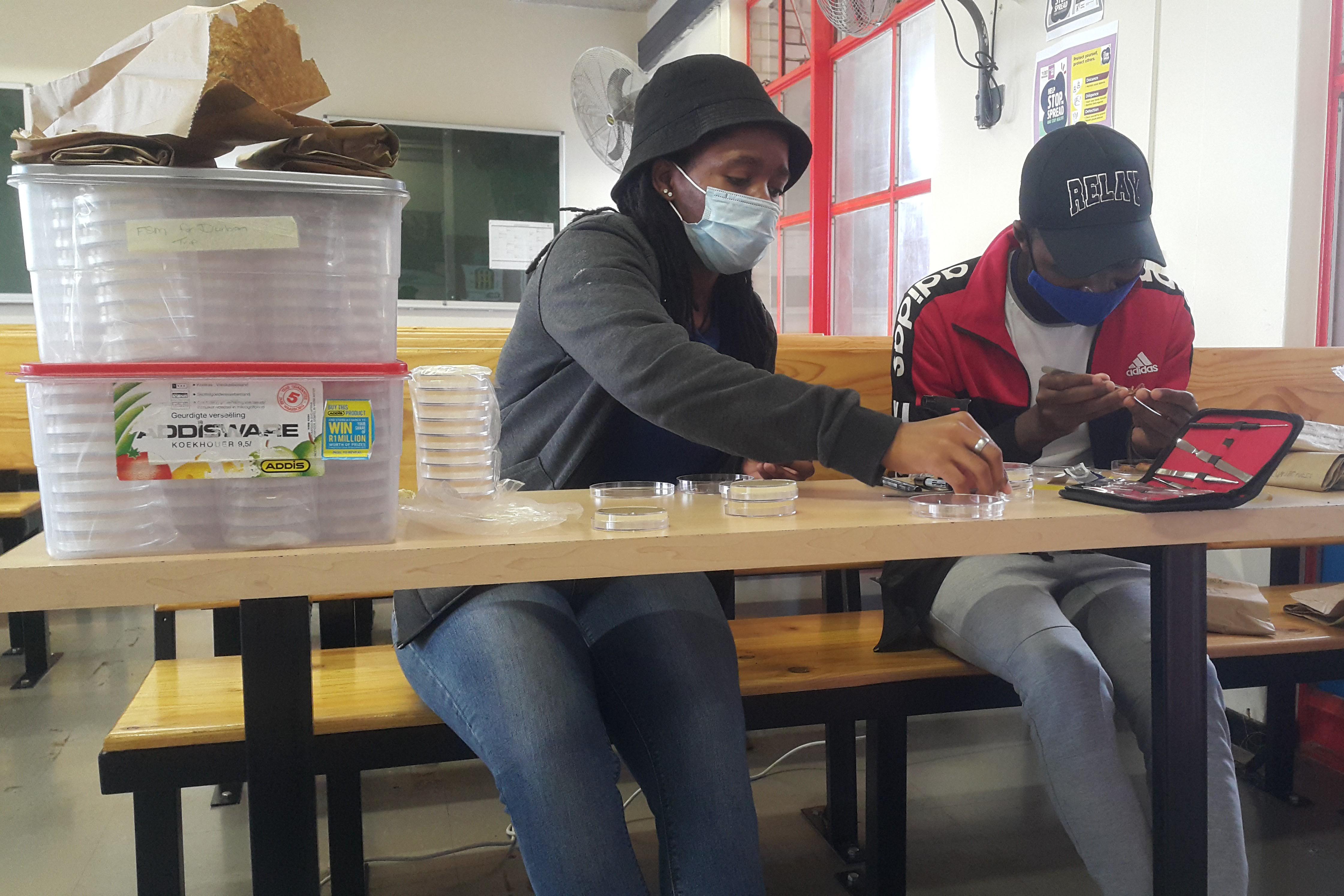 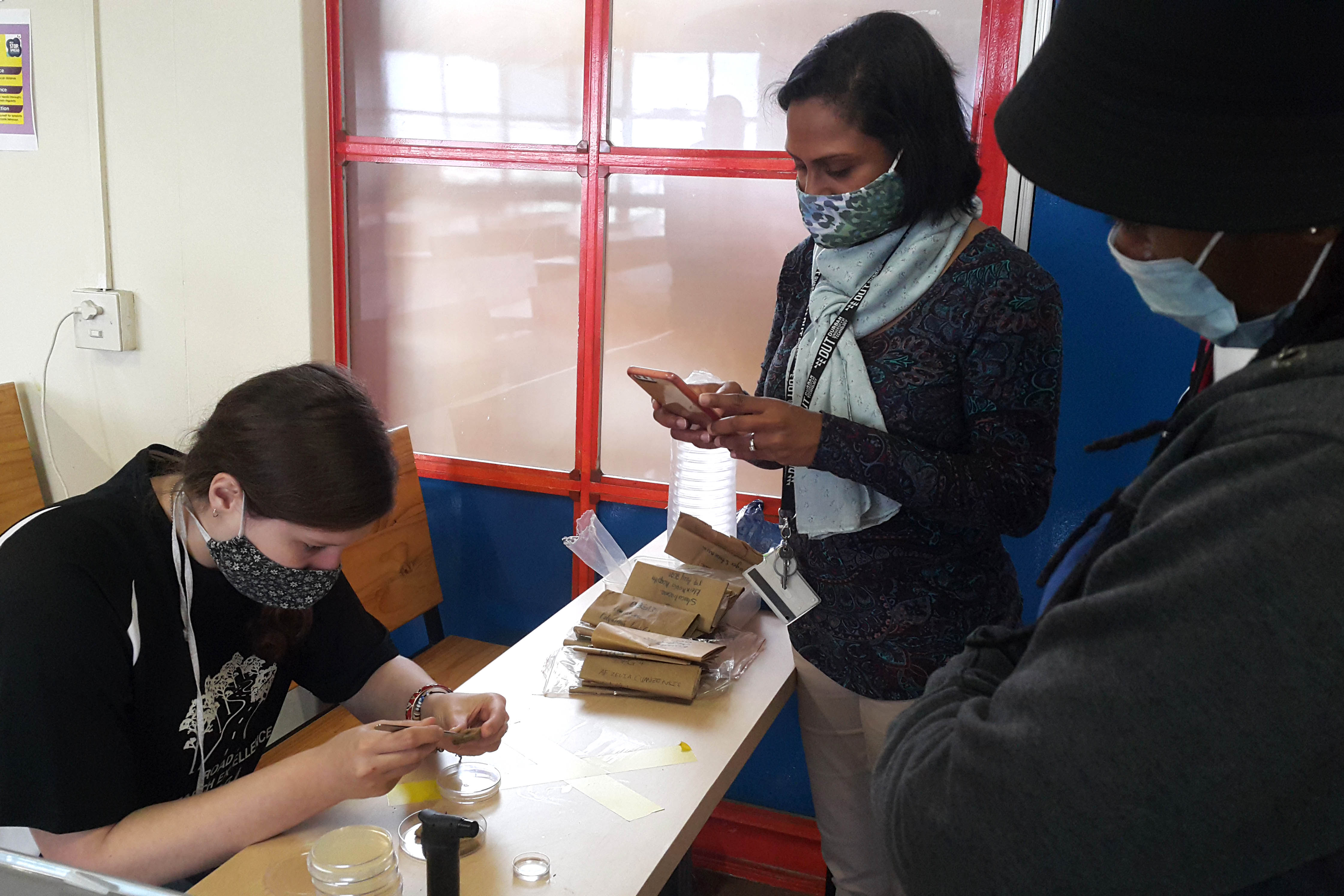 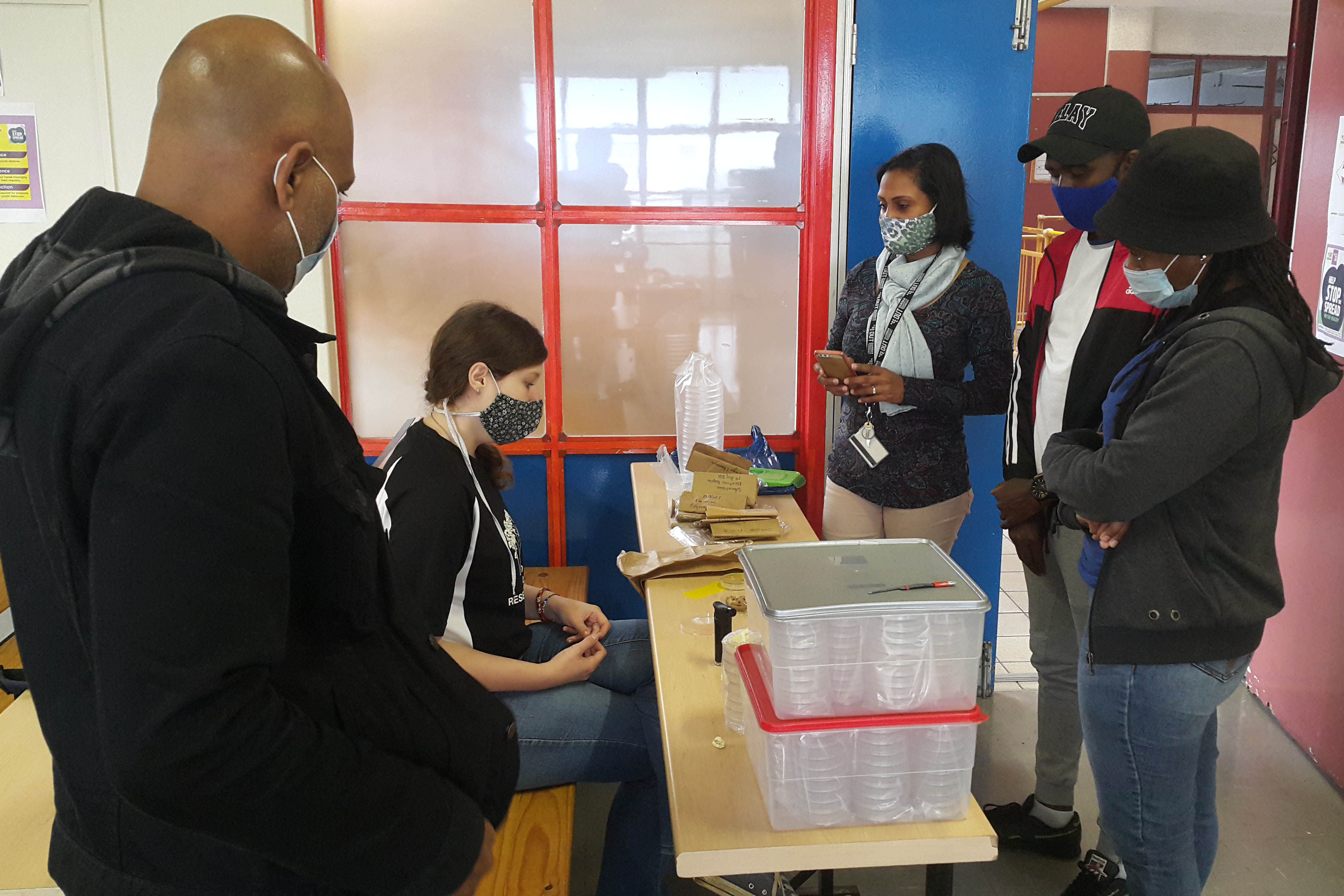 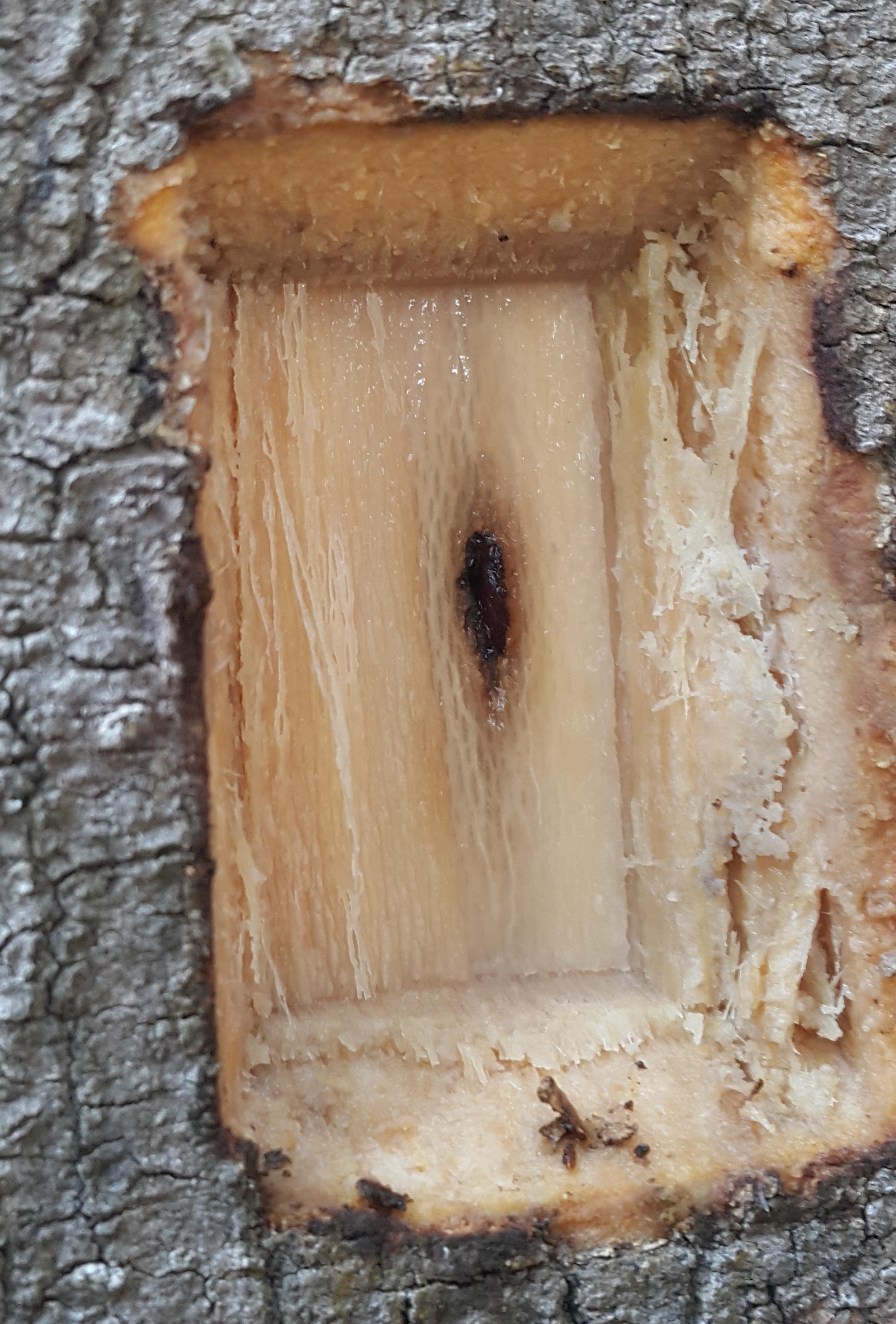 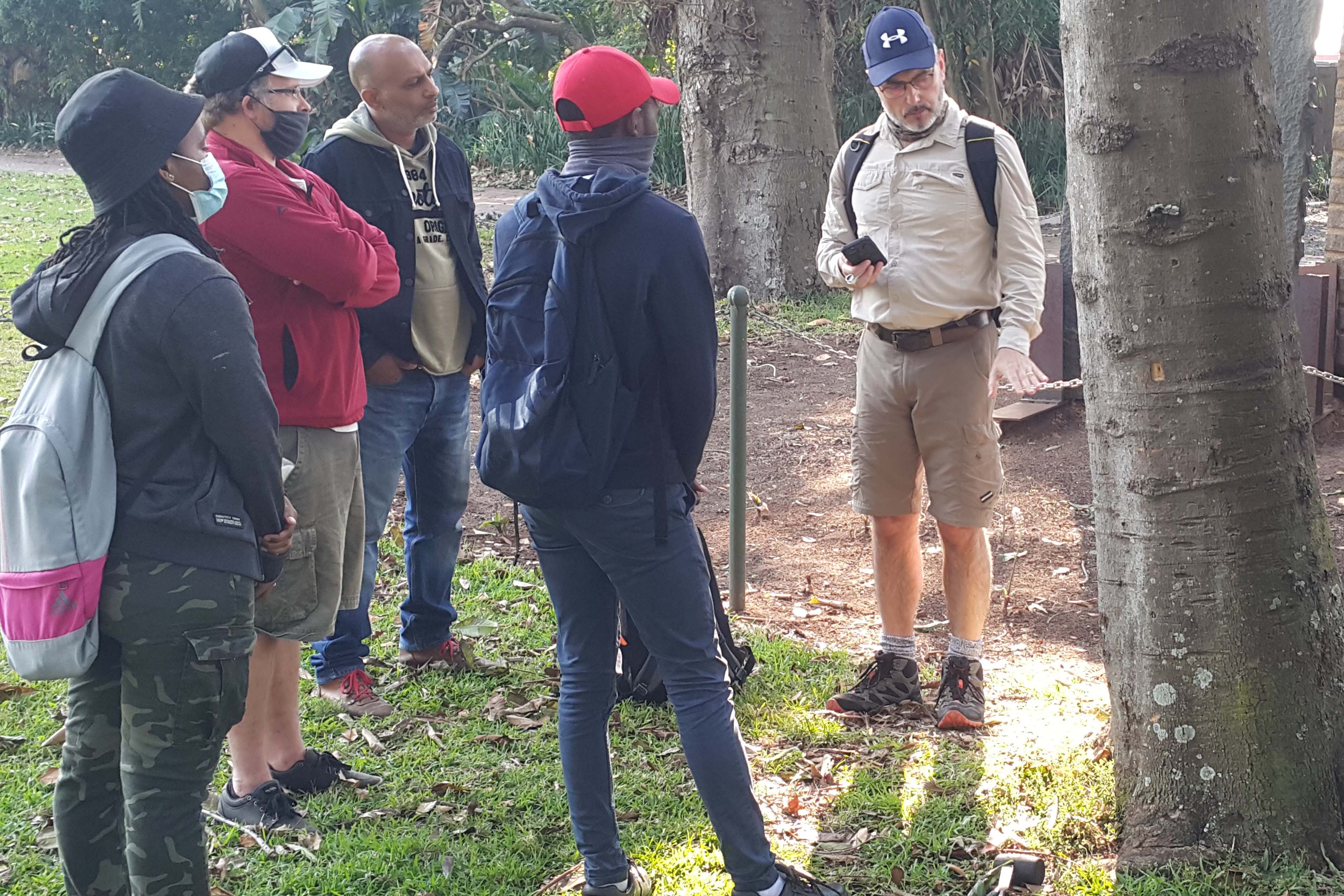 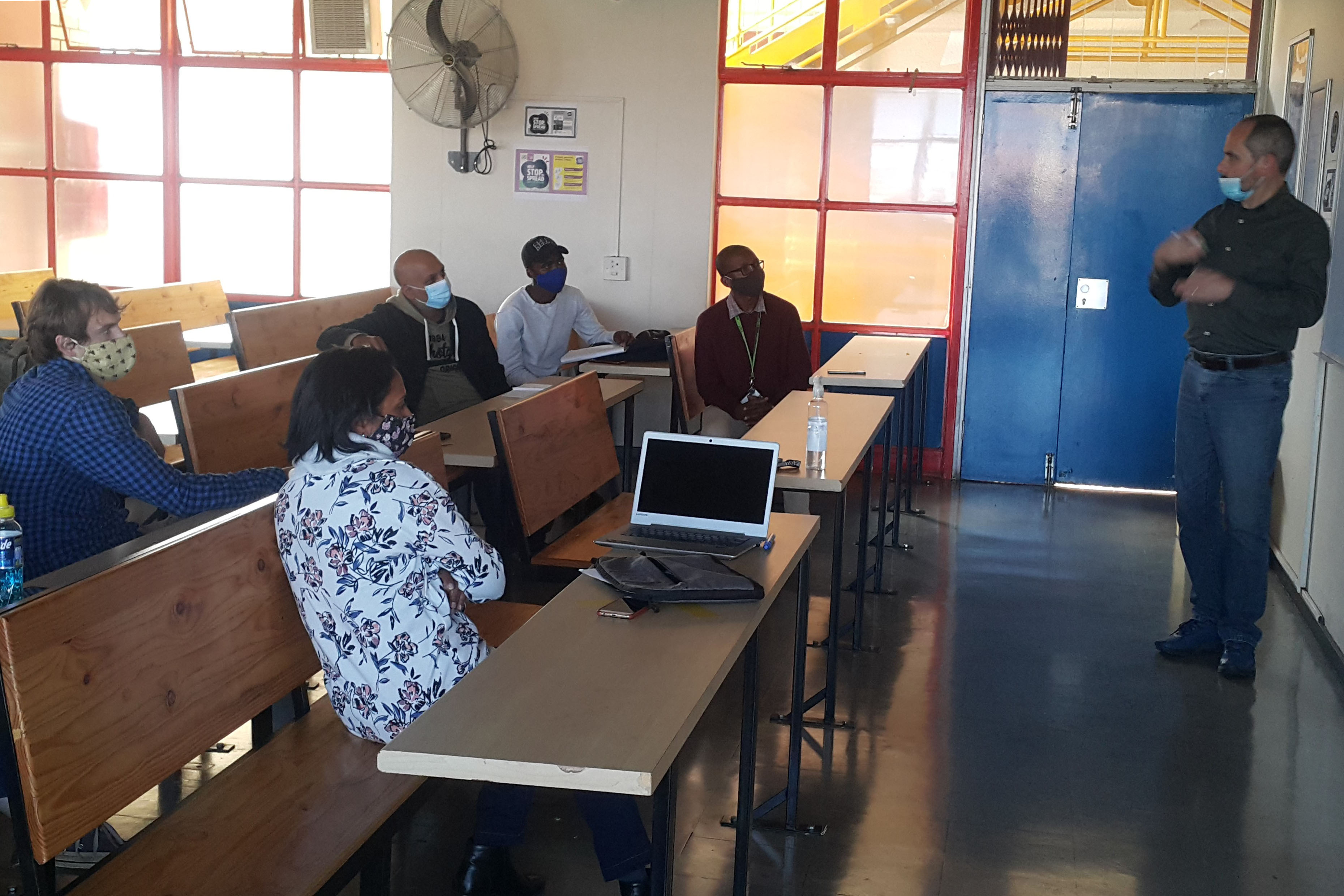 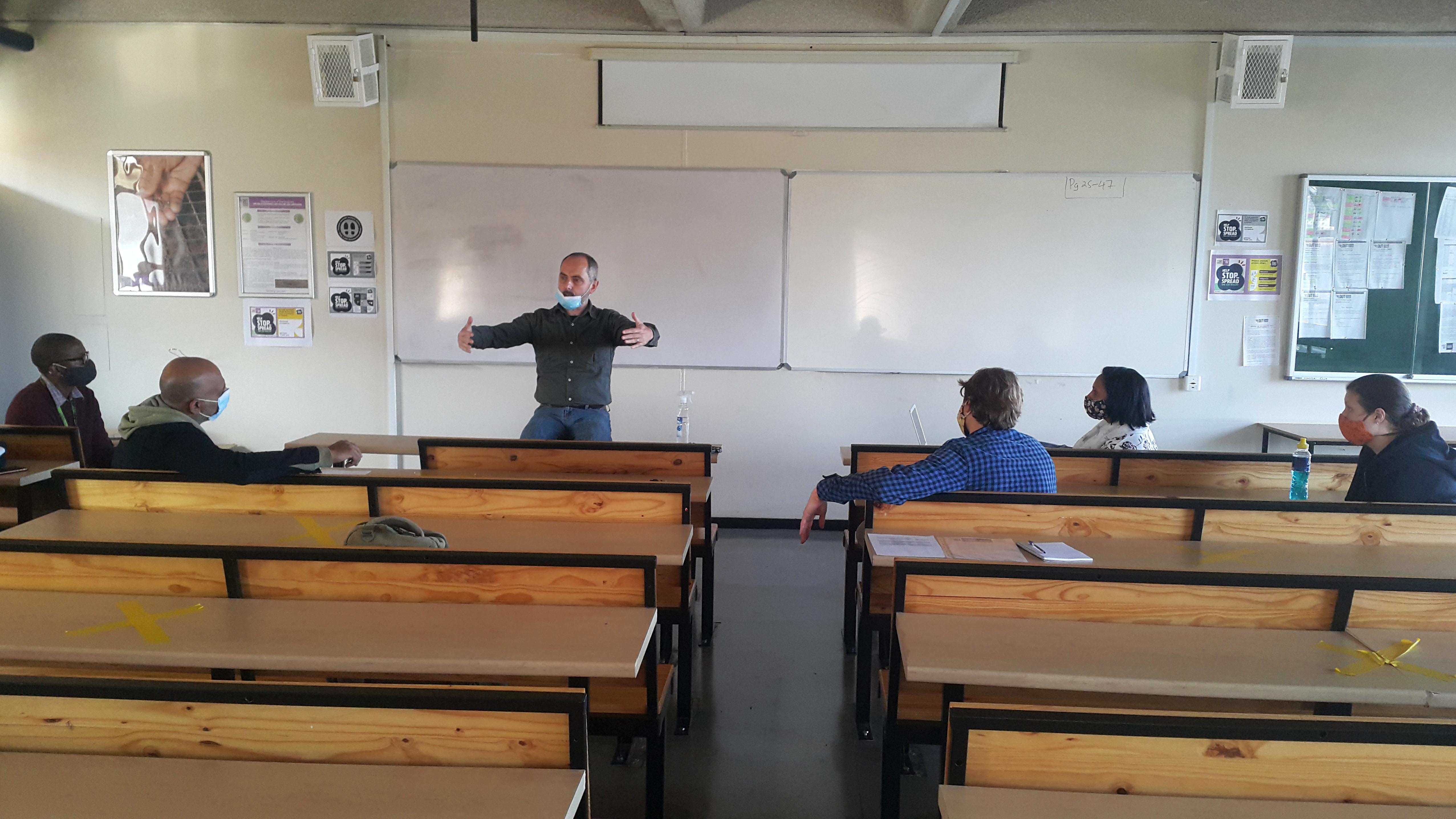 Recently, Drs Mesfin Gossa and Trudy Paap had established a collaboration partnership with the Department of Horticulture at Durban University of Technology (DUT) to train students through the SANBI Sentinel Plant Project. In May 2021, they had hosted a three-day training workshop on plant health in collaboration with Ms. Indrani Govender and Dr Mark Maistry from DUT. Following the workshop, three student projects, with a focus on monitoring Polyphagous Shot Hole Borer (PSHB) infestation in Durban Botanic Gardens (DBG), Zimbali Coastal Estate and Amanzimnyama Garden (a private garden in Tongaat) were identified. The students are being supervised by Ms. Govender, a lecturer at DUT and technically supported by Drs Gossa and Paap.

As part of this initiative, a team of FABI researchers including Dr Mesfin Gossa, Prof. Wilhelm de Beer and Dr Wilma Nel along with PhD candidate Garyn Delport, travelled to Durban to support student training at DUT. On the first day, the team from FABI and DUT had a fruitful discussion regarding the PSHB invasion in South Africa, the ongoing research projects, and the monitoring happening in Durban and its surrounding. On the second day, the team took the students out to Durban Botanic Gardens and showed them how to identify PSHB infested trees and sampling techniques. The students had the opportunity to see the signs and symptoms of PSHB infestation, identify infested trees and collect samples. On the third day, the team demonstrated isolation techniques to the students. Following the demonstration, the students had practiced sample plating on culture media with the objective to isolate and confirm the presence of the fungal symbiont of PSHB.

On their way back to Pretoria, Prof. de Beer and Dr Gossa have visited the KwaZulu-Natal National Botanical Garden. There, they had a brief discussion with Mr Mpho Mathalauga, a horticulturist at the garden, regarding the possibilities of setting up PSHB monitoring scheme in the garden. The current student training and capacity building support rendered by the Sentinel Plant Project is valuable in strengthening plant health capacity in South Africa.