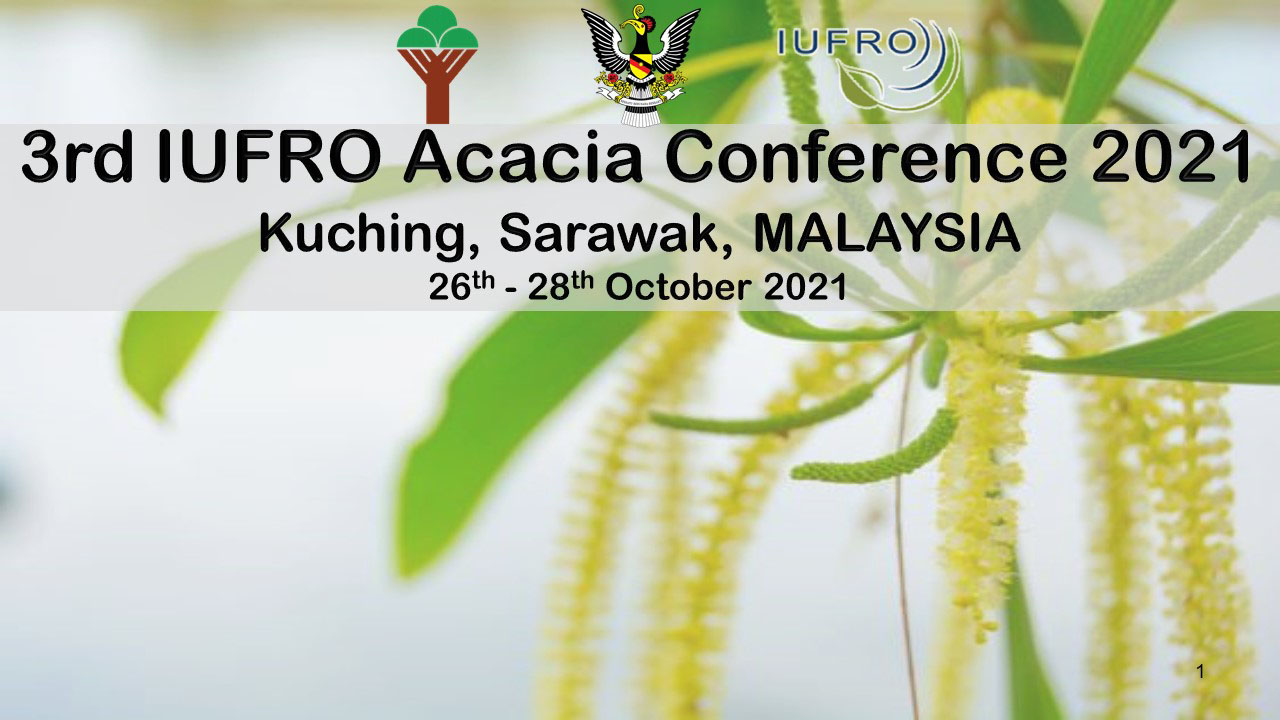 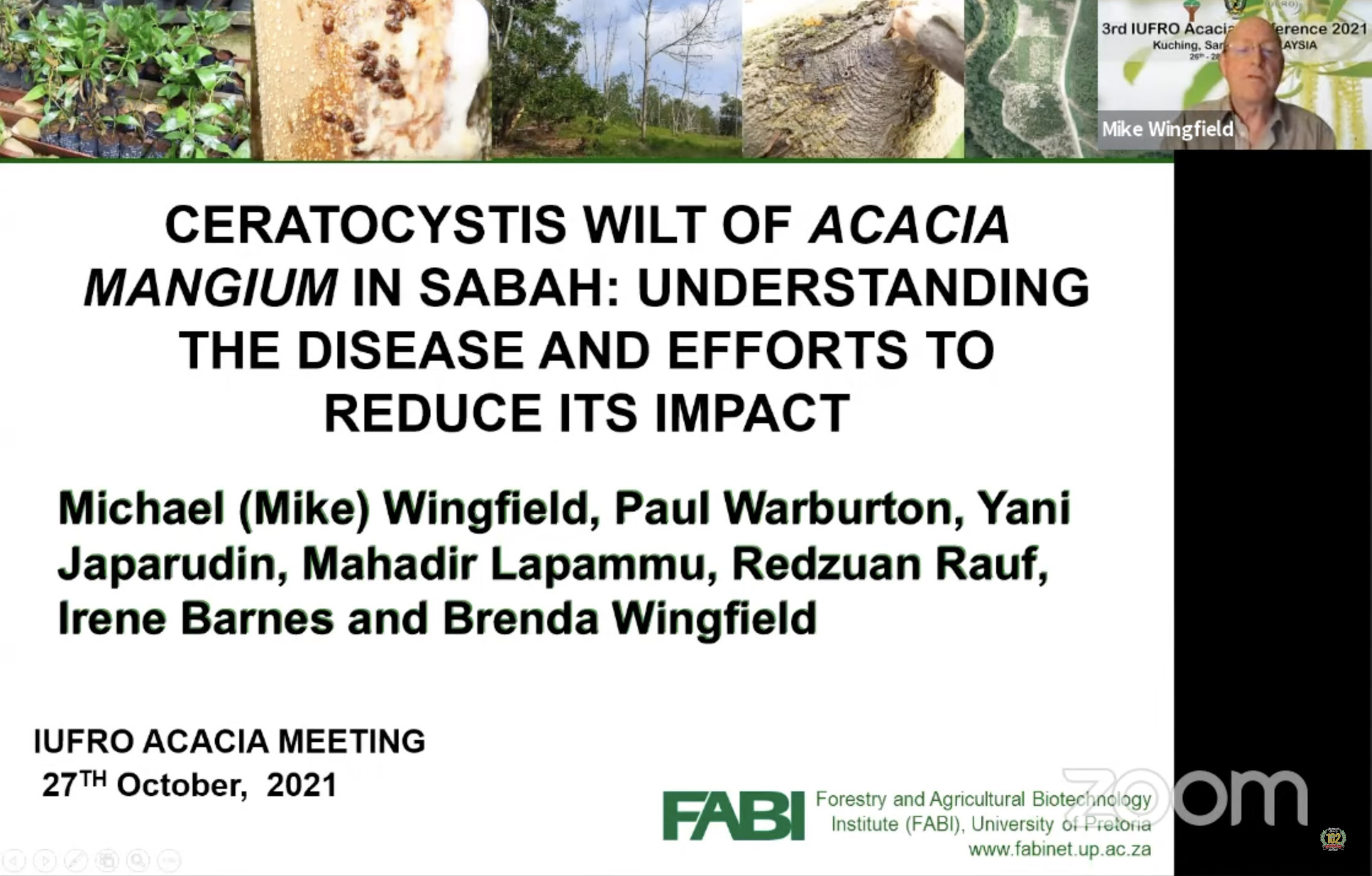 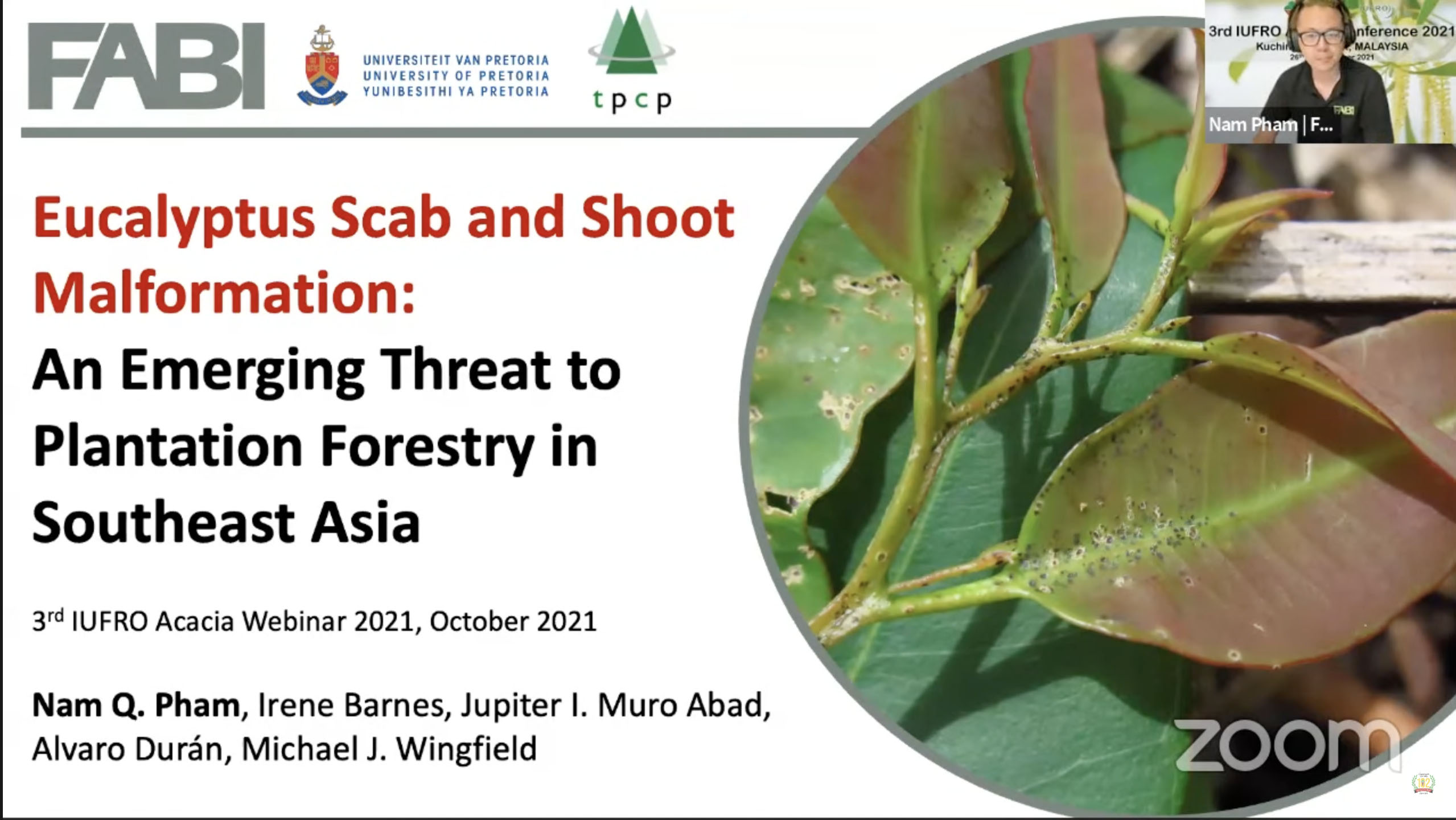 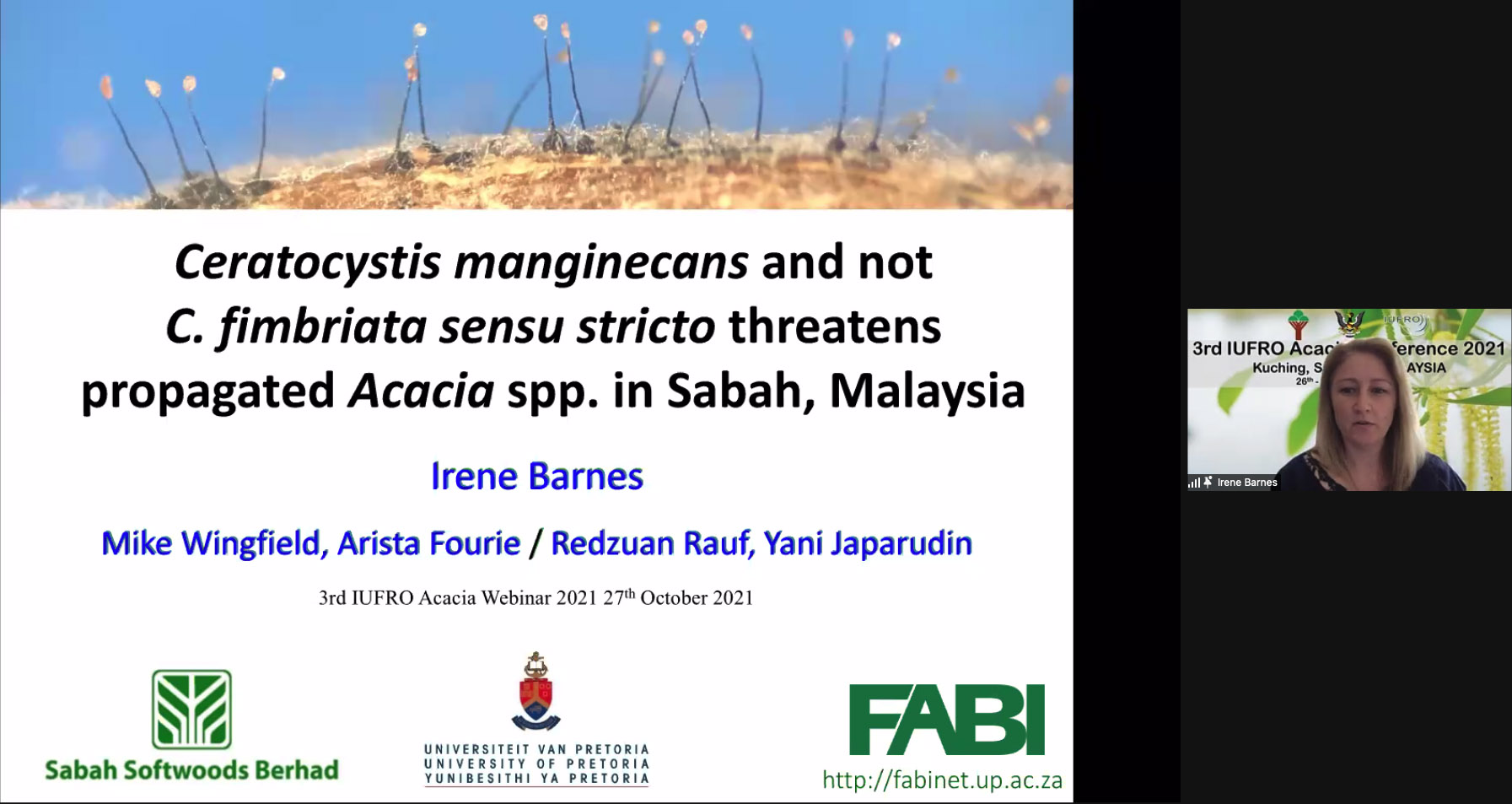 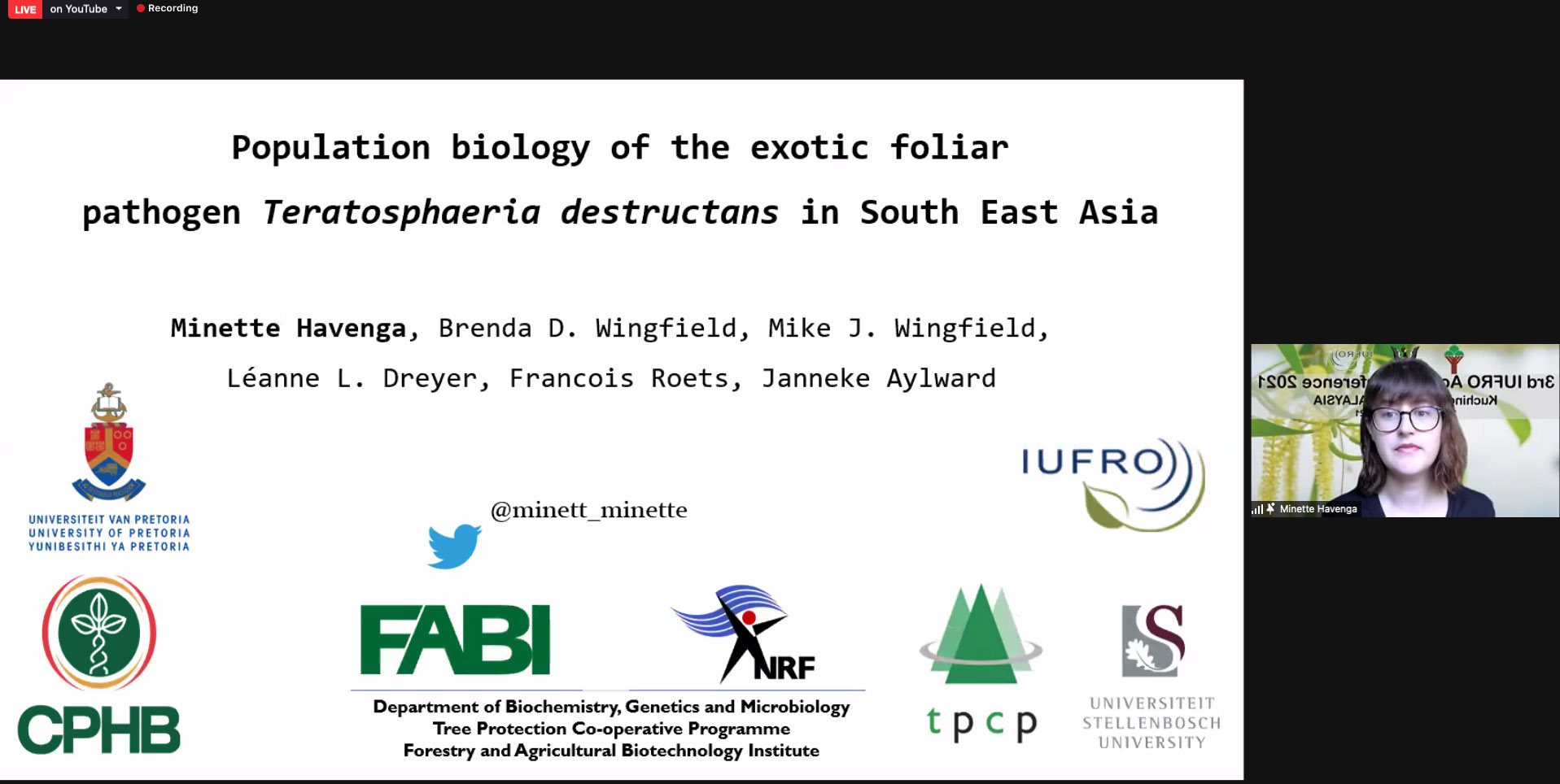 Research units of International Union of Forest Research Organisations (IUFRO) typically host about 50 meetings (of various sizes) each year.  Since the onset of the CoViD-19 pandemic, such meetings have not been possible and many have been replaced by virtual webinars and seminar series. This was also true for the IUFRO Working Party 2.08.07: Acacia genetics and silviculture with the theme ‘Embracing transformation for sustainable management of industrial forest plantations’, which that hosted their third international meeting as virtual webinar from 26-28 October.

The meeting co-ordinated by the Forest Department Sarawak (Malaysia) where a local forest researchers were able to attend in person. But the virtual platform made it possible for a large number of people to attend from many different parts of the world.  This was also true for a team of FABI and FABI-associated researchers that presented talks in a day-long session dealing with tree health issues.  Many of these presentations were linked to research that Prof. Mike Wingfield, founding Director of FABI and Immediate Past President of IUFRO has conducted with various students in Malaysia and linked to a project co-ordinated by the Borneo Forestry Cooperative (BFC).  The research team of the BFC are based in Sabah and were thus able to attend the webinar in Malaysian team.  The five FABIans based in South Africa needed to be awake at 03h00 to participate. Other presenters at the event included several FABI collaborators including Dr Julian Chan (ICFR), Dr Stuart Fraser (Scion), Dr Simon Lawson (University of the Sunshine Coast) and Ms Yani Japarudin (BFC).