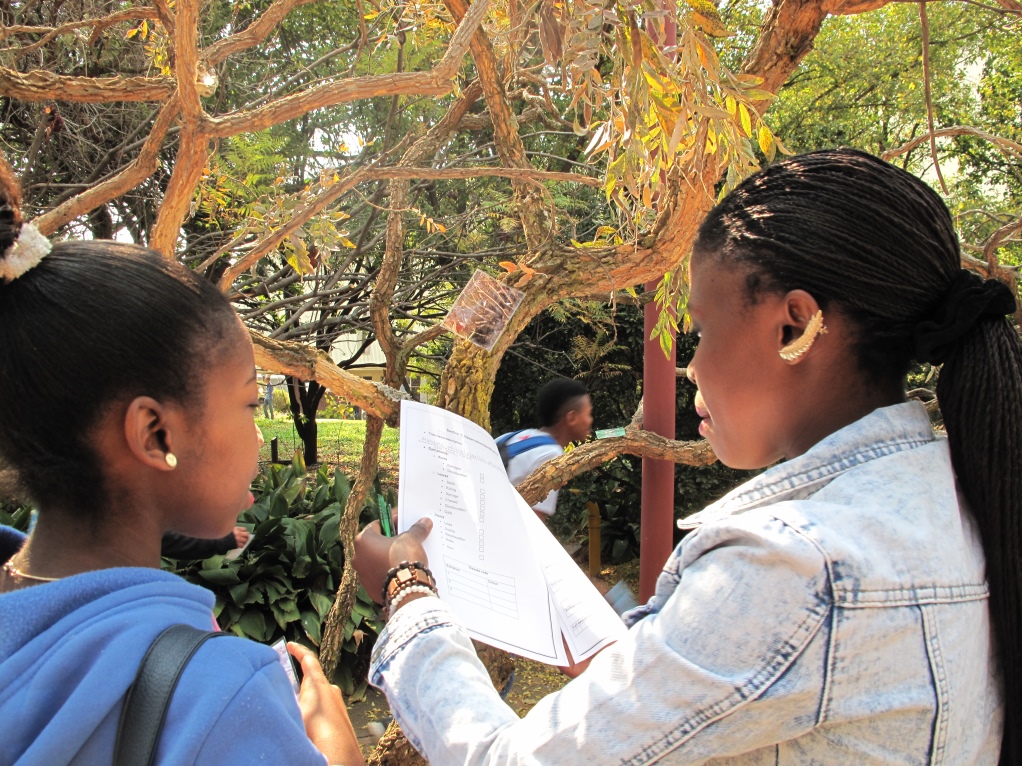 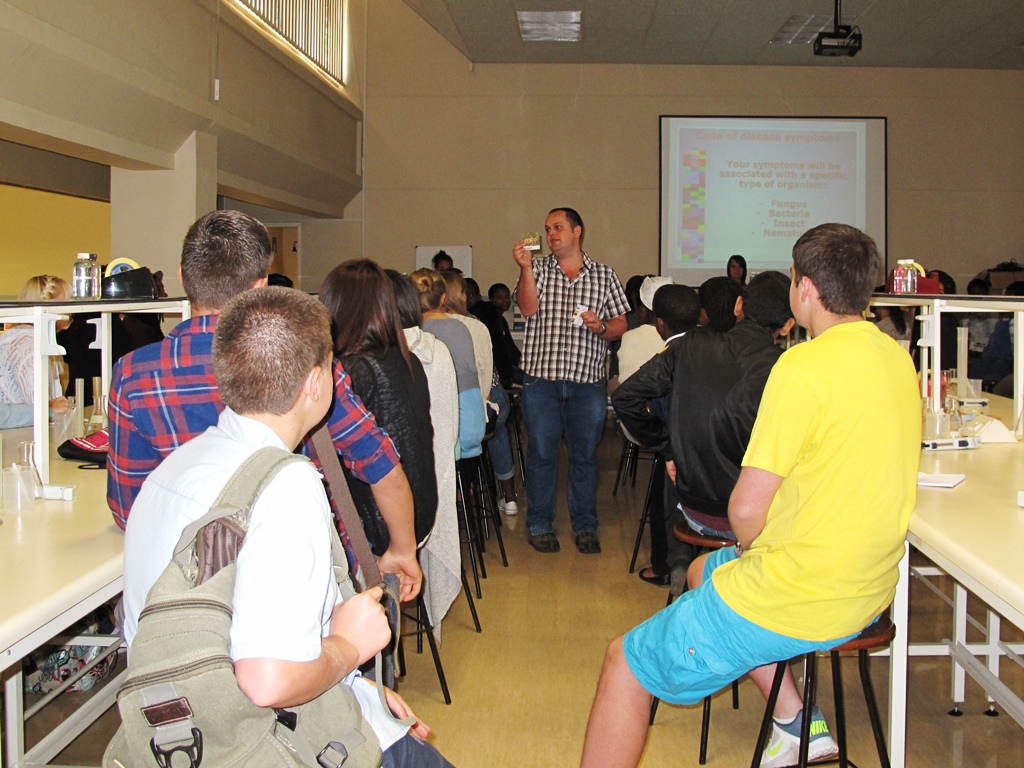 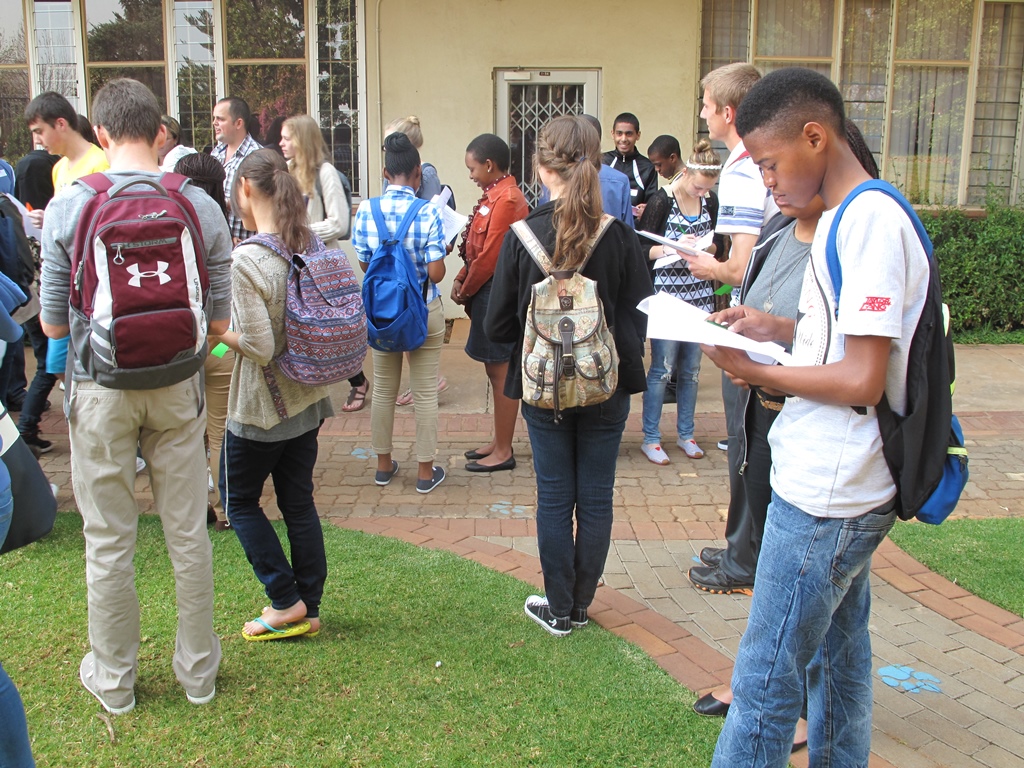 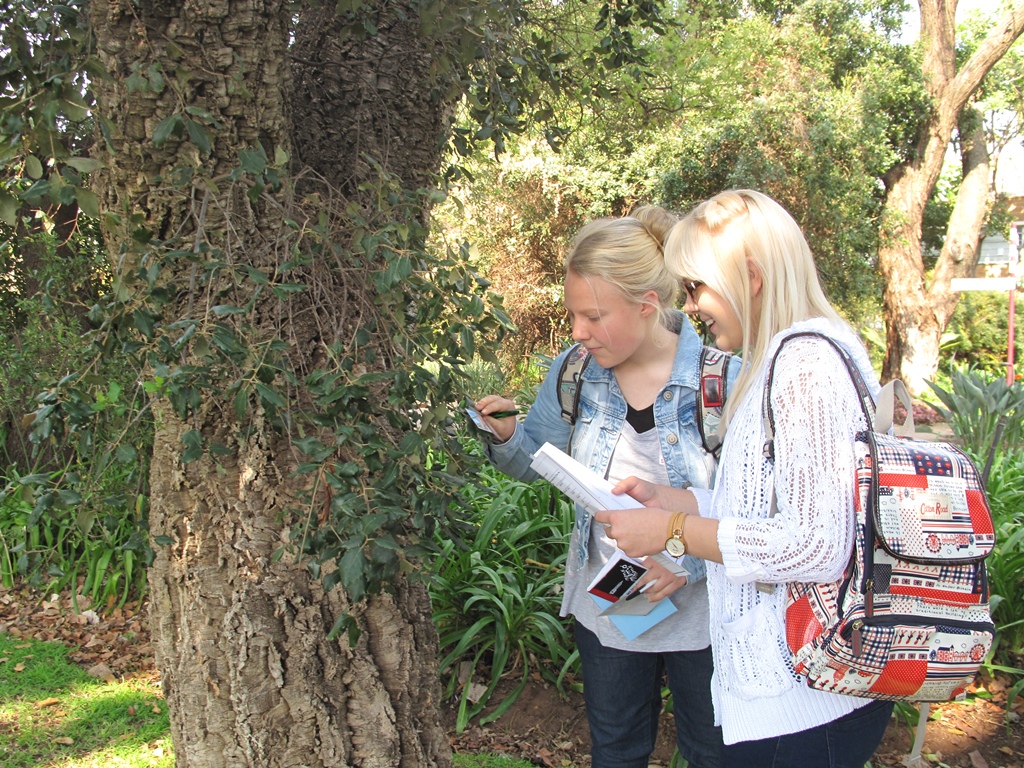 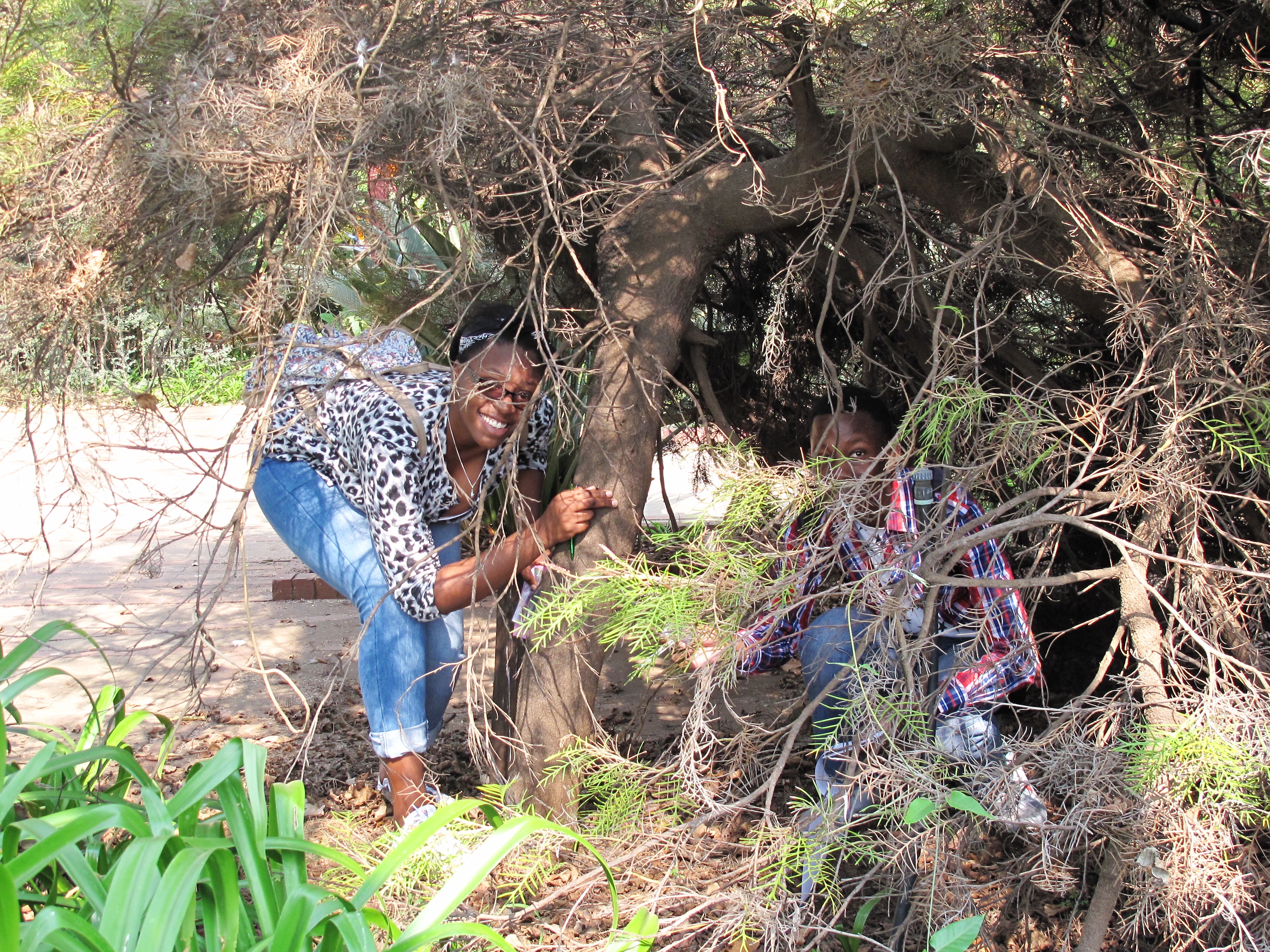 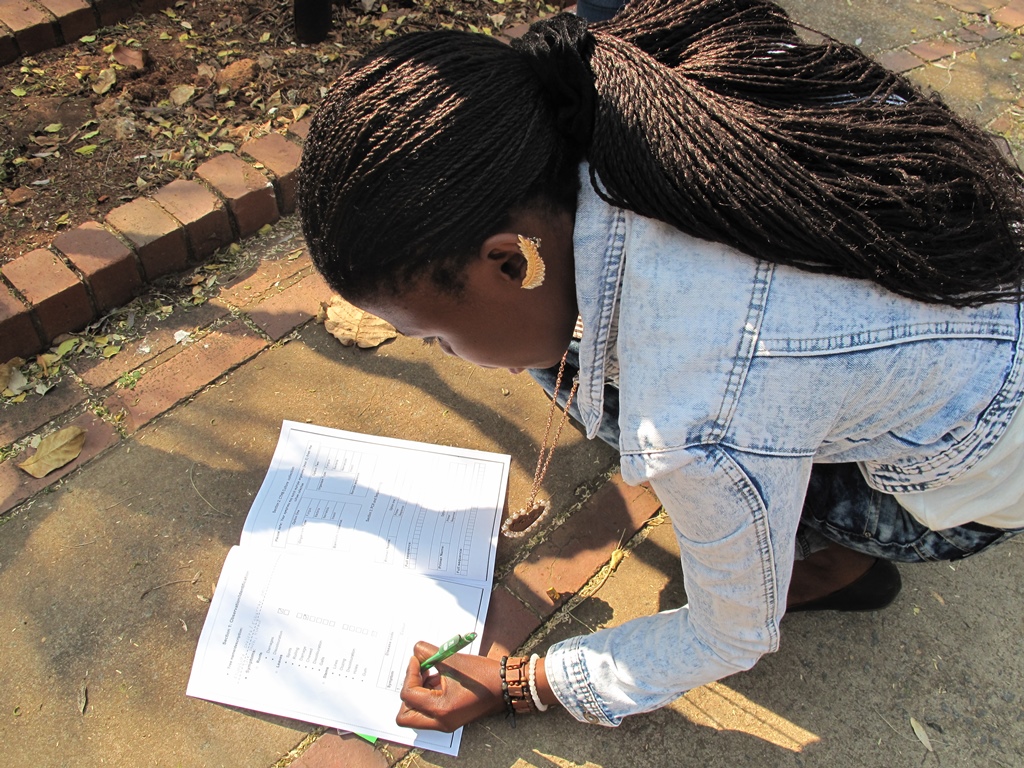 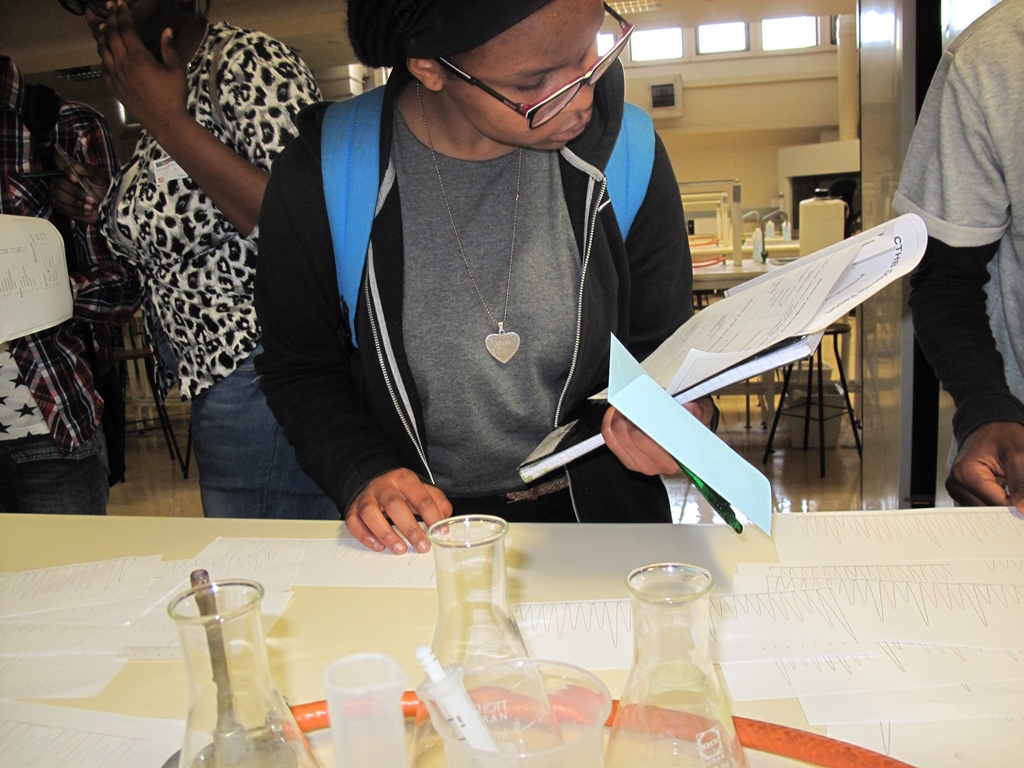 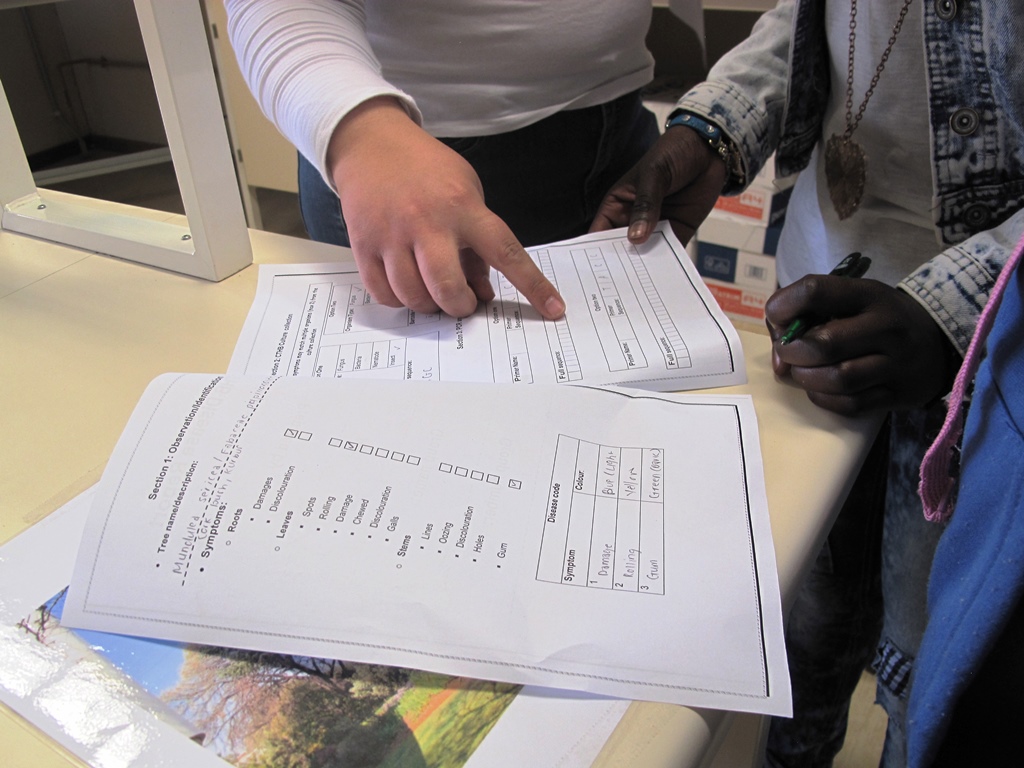 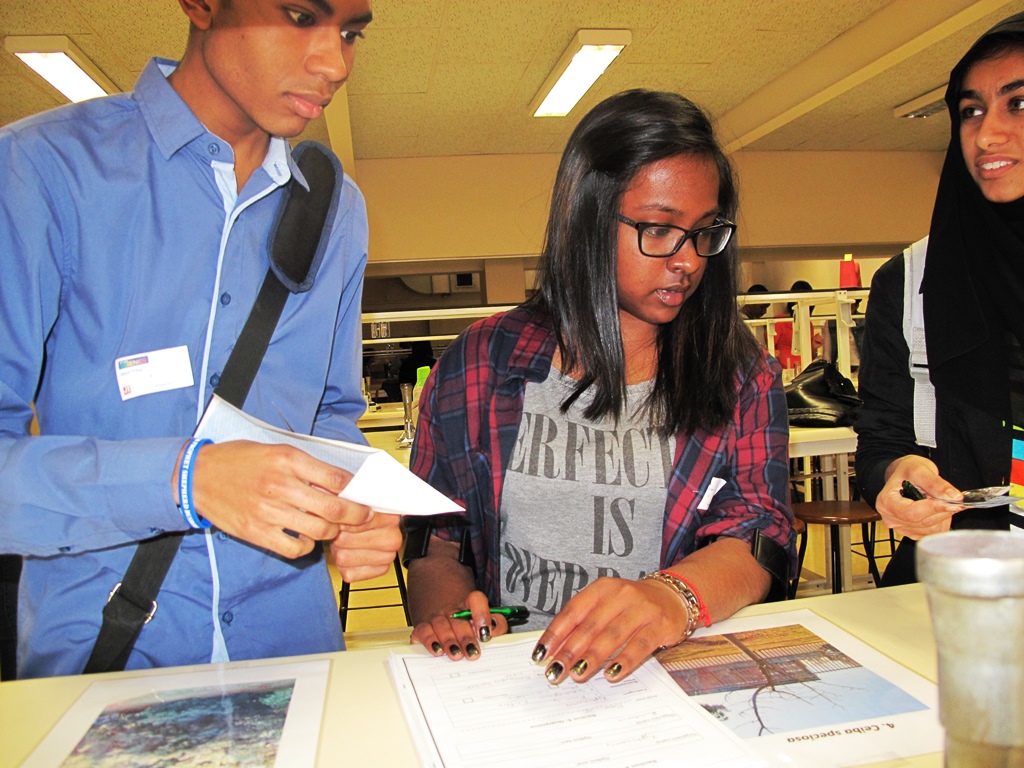 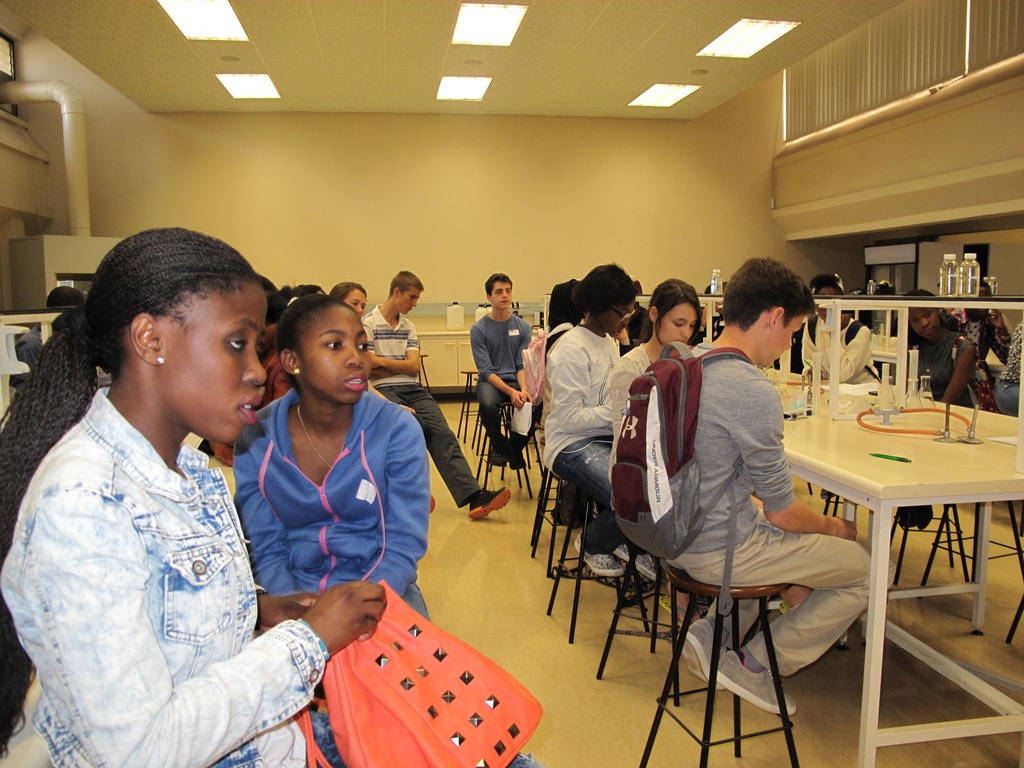 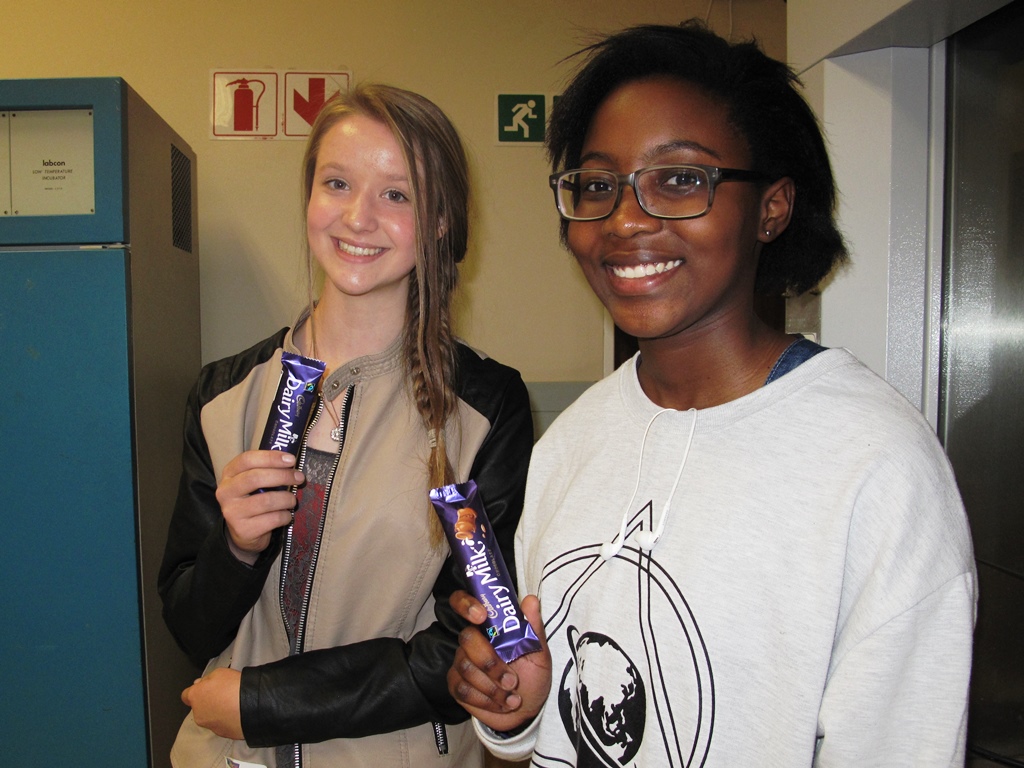 Identifying the causal agents of the most baffling plant diseases is a major feat that can take scientists years of research both in the field and in the laboratory. A group of 50 Grade 10 learners from various Pretoria schools explored the many steps involved in researching plant diseases with a team of students from the DST-NRF Centre of Excellence in Tree Health Biotechnology (CTHB) in FABI. The learners were participants in the University of Pretoria’s science enrichment programme, UP with Science.

The learners were mentored guided by the CTHB Outreach team consisting of postgraduate students Juanita Avontuur, Arista Fourie, Palesa Madupe, Benedicta Swalarsk-Parry and Markus Wilken. The team came up with a game that involved a treasure hunt in the Manie van der Schijff Botanical Garden and in the UP BioLabs to identify the organisms responsible for various tree diseases.

Working in pairs, the learners began the game by matching the disease symptoms in photos to those pasted on particular trees in the botanical garden. The game condensed the various stages of research such as finding and matching the symptoms of plant diseases, and doing DNA sequencing and BLAST analyses to identify the disease causing organisms.

The learner teams then had to tick all the steps and record their findings in an answer sheet. Savannah Bennett of Hatfield Christian School and Promise Ramphekwa of Reitumetse High School of Team Savpro were the winners. We congratulate them and hope they are inspired to become scientists one day!