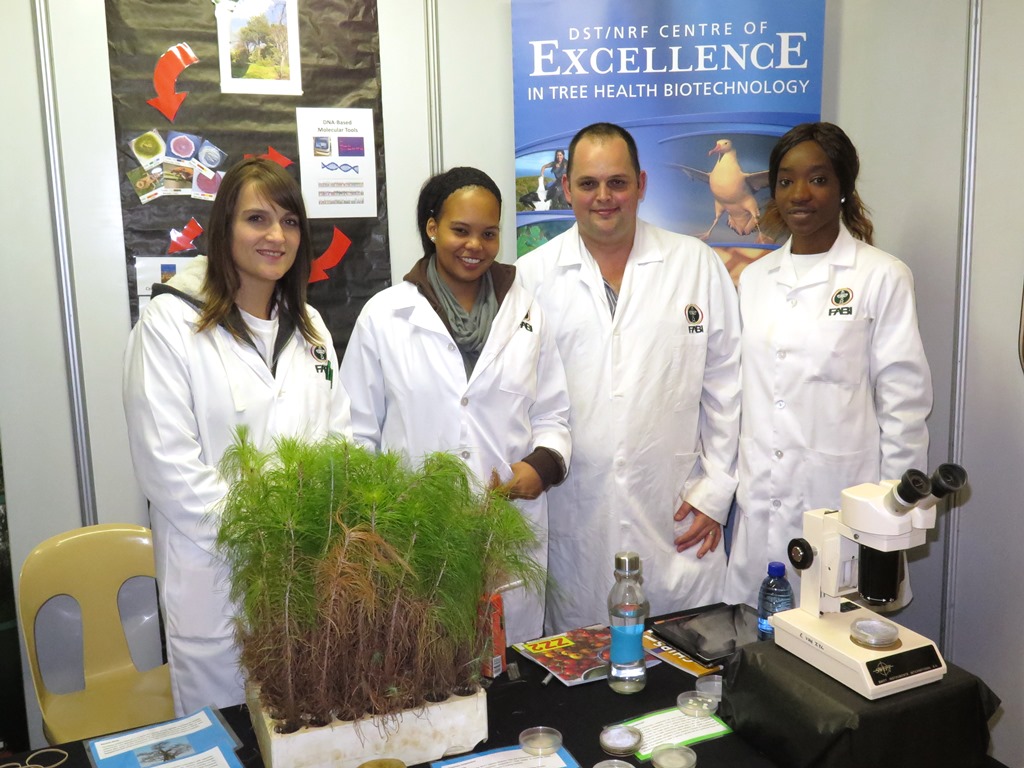 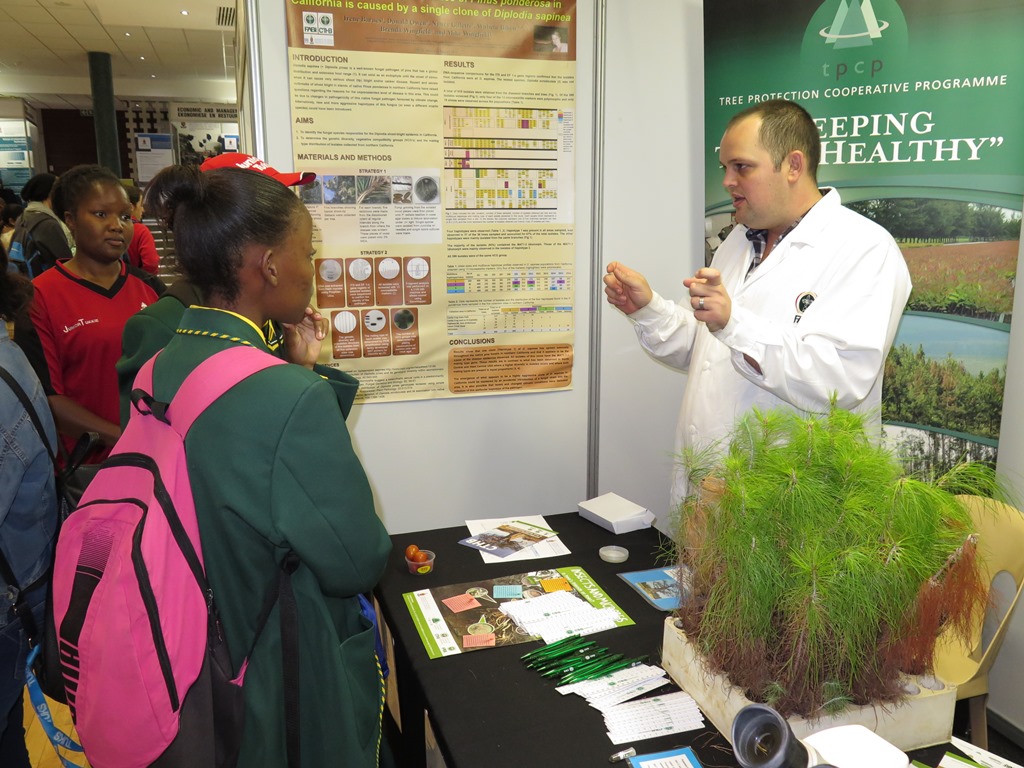 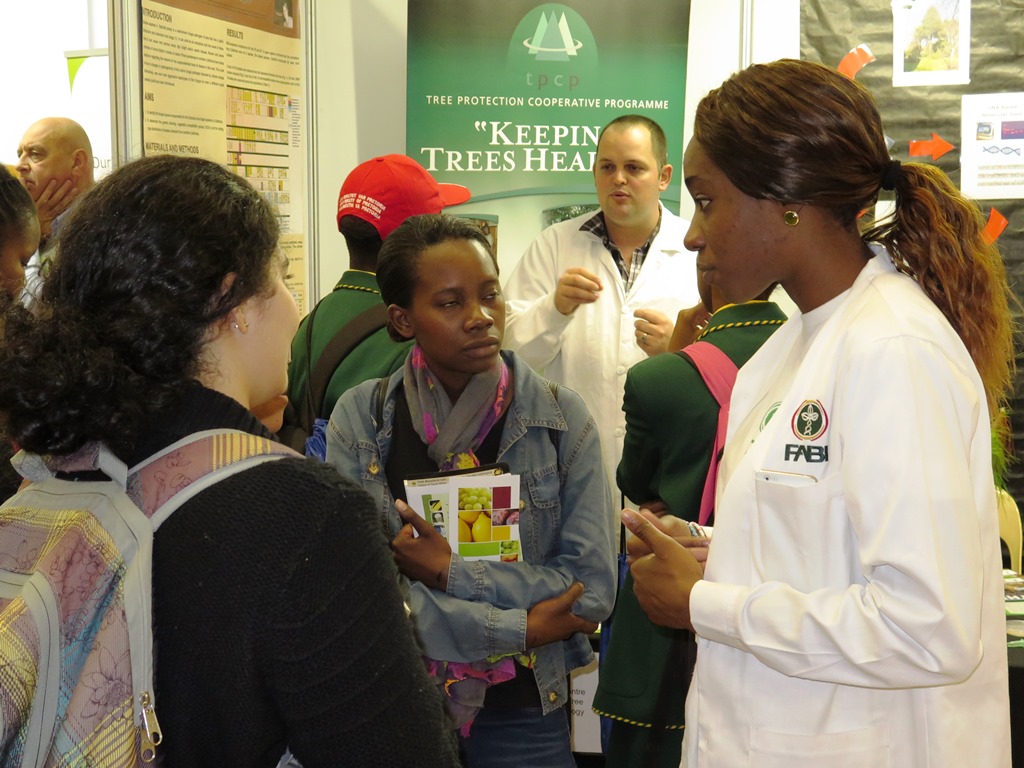 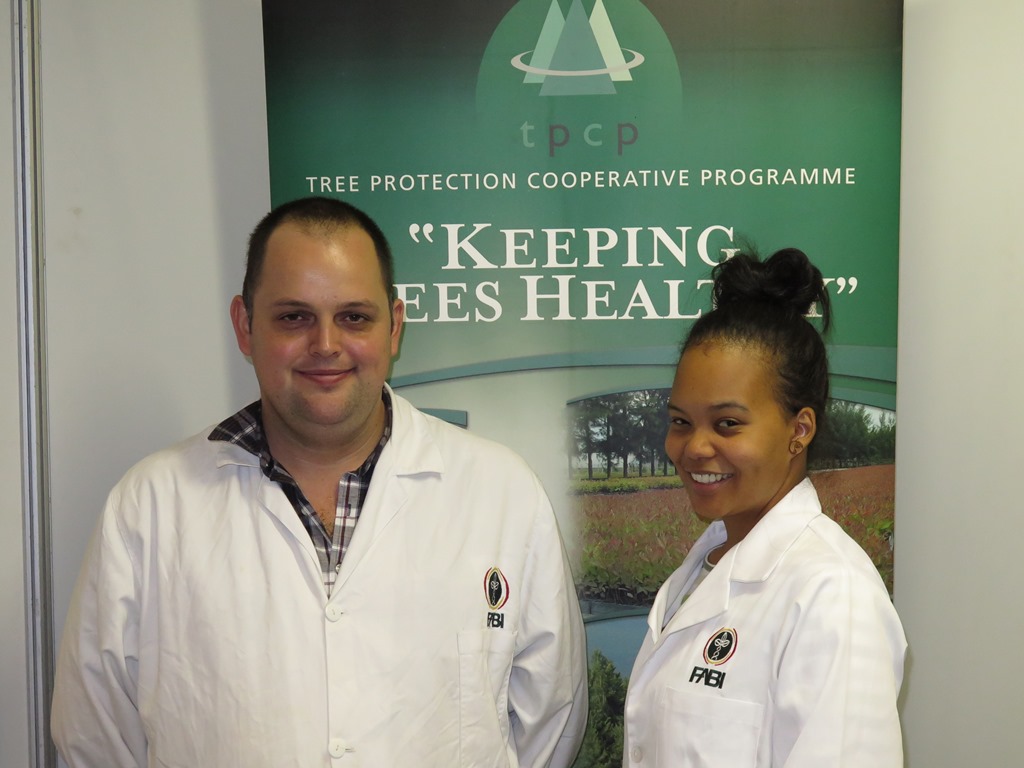 Eager young minds from schools across different provinces made their way to a stall attended to by four FABIans at the 2016 Junior Tukkie/PMA Agri-Food Career Fair at the University of Pretoria on 21 and 22 May. Postdoctoral fellow Dr Markus Wilken and postgraduate students Juanita Avontuur, Arista Fourie and Benedicta Swalarsk-Parry fielded questions from high school learners excited to learn more about tree health – a study field many had not considered before. They however didn’t limit their questions to what it would take for them to also don the white lab coats worn by the FABI team. Some were eager to find out whether tree scientists earned a lot of money!

The career fair is an initiative of the Produce Marketing Association, the UP Faculty of Natural & Agricultural Sciences, JuniorTukkie and the UP Graduate Career office. Held every year, the fair showcases different career, study and bursary opportunities in the agricultural and food sciences for high school learners and undergraduate university students. Learners from the Eastern Cape, Gauteng, KwaZulu-Natal and Limpopo attended the annual fair.