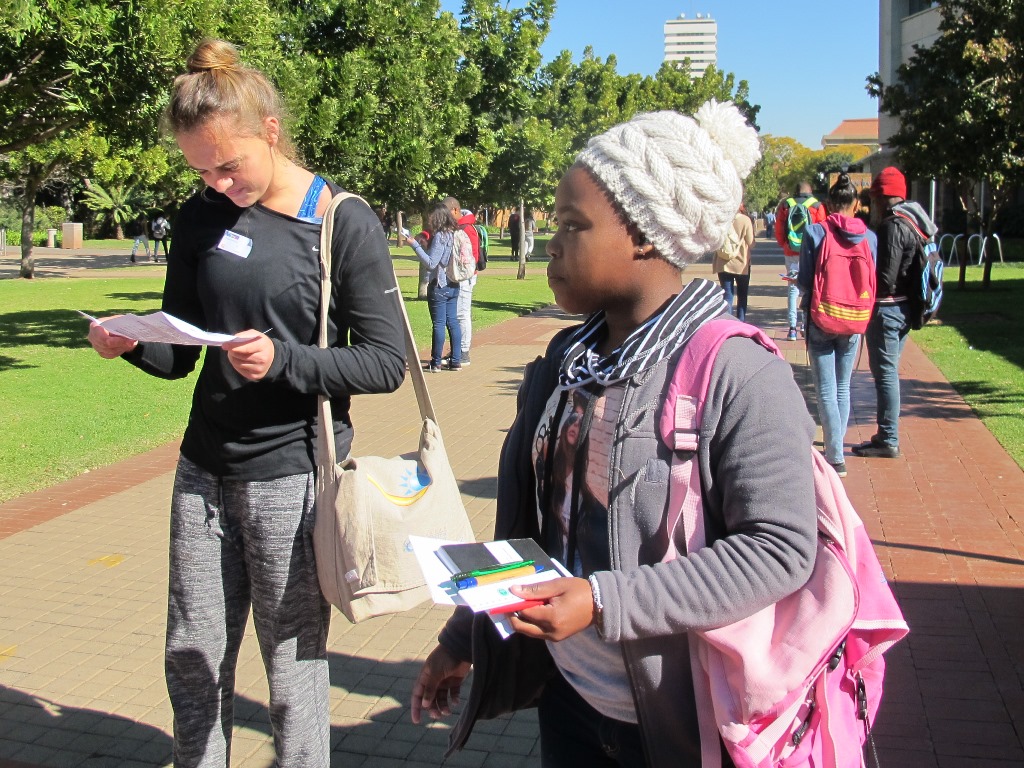 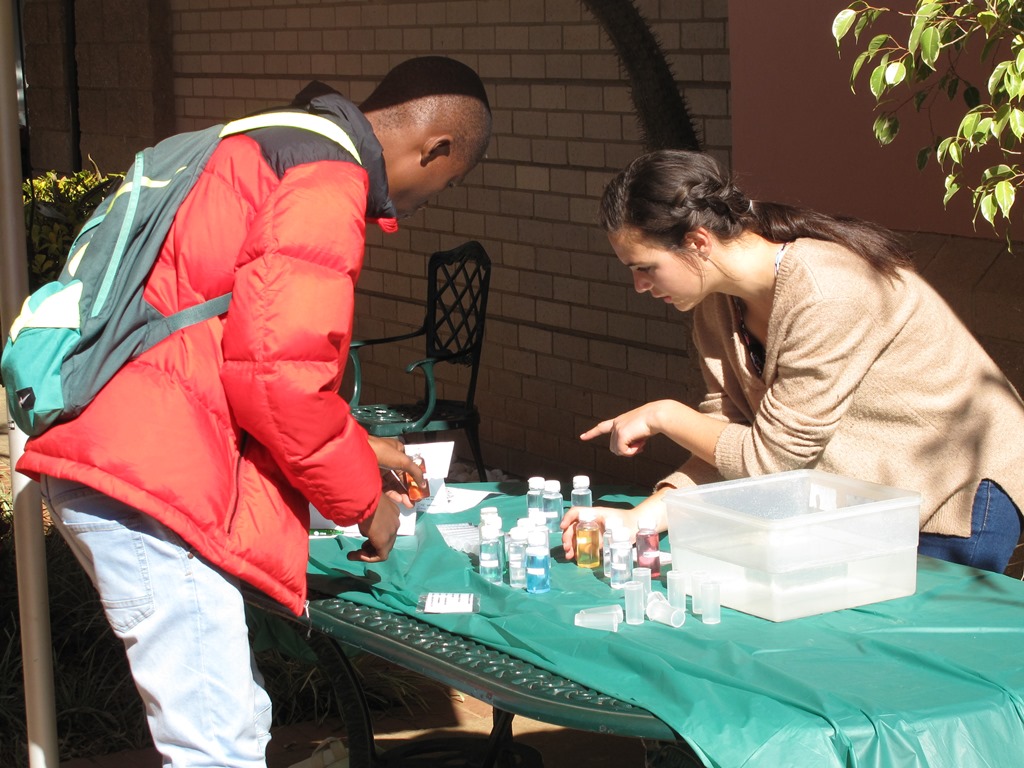 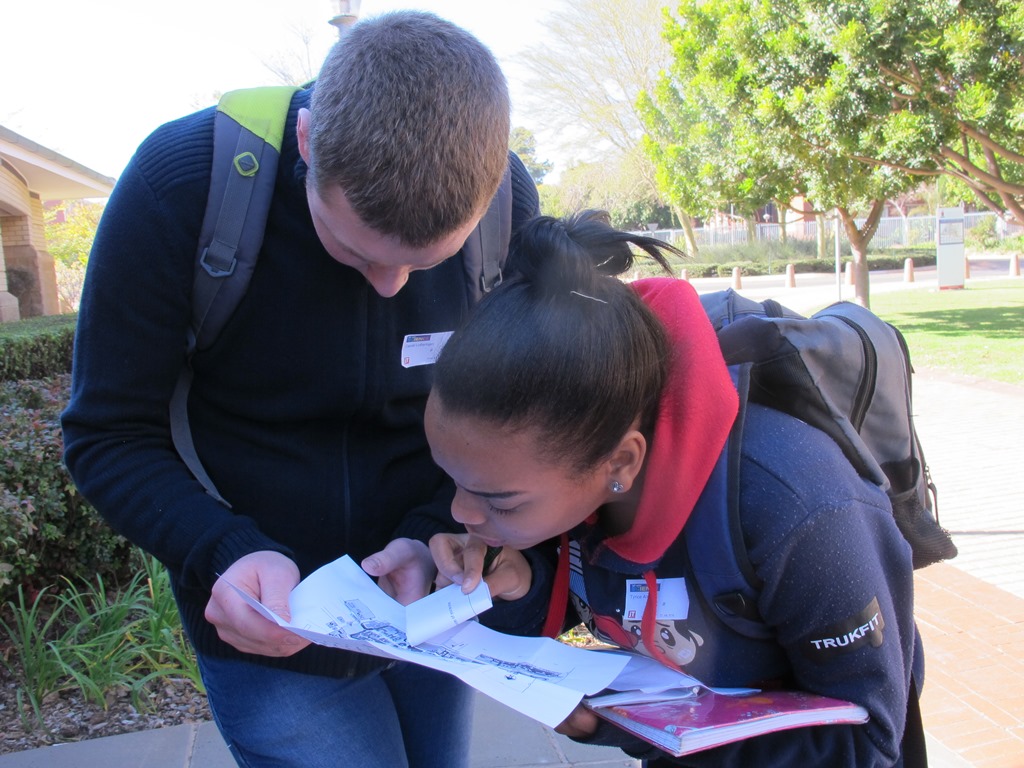 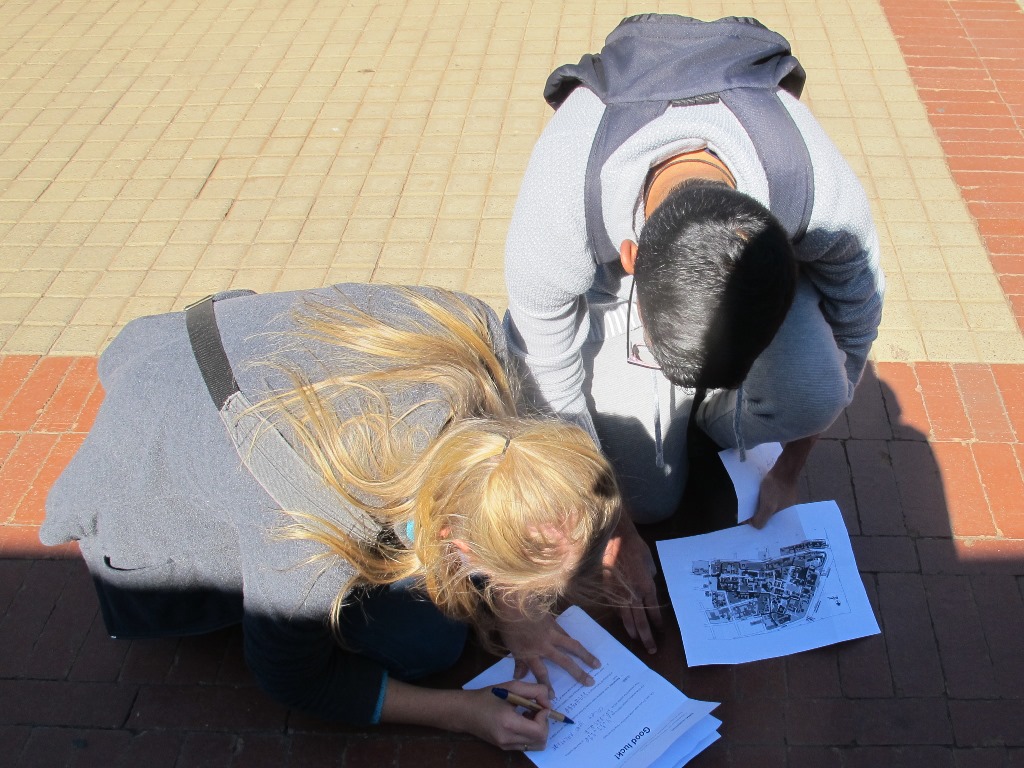 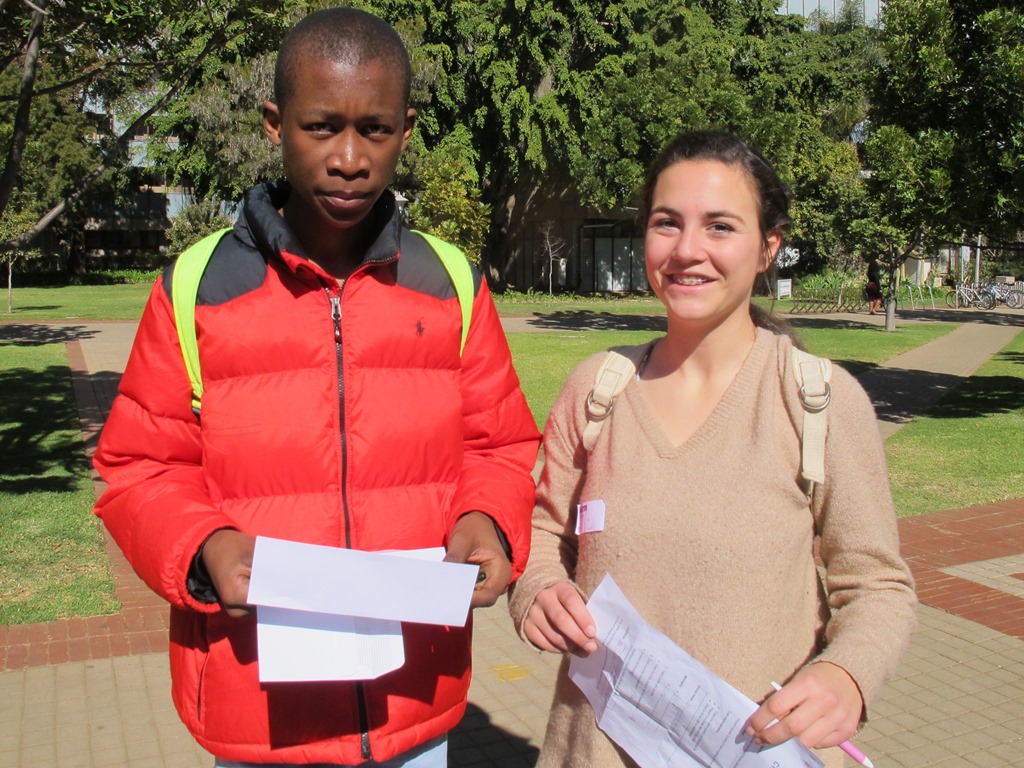 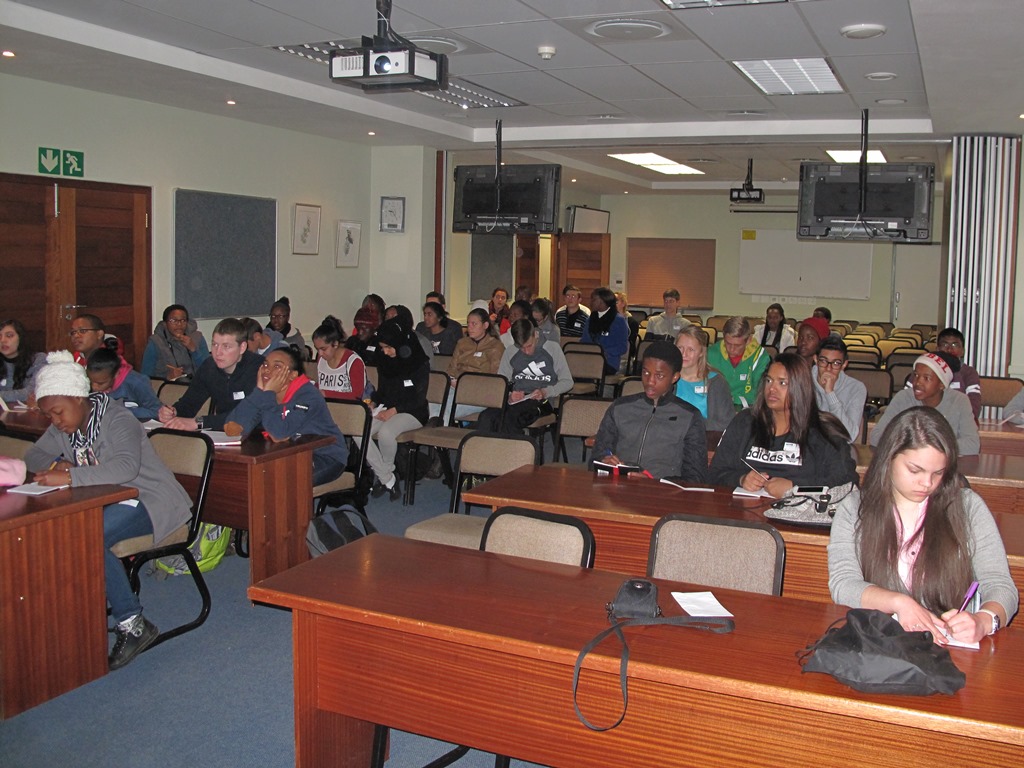 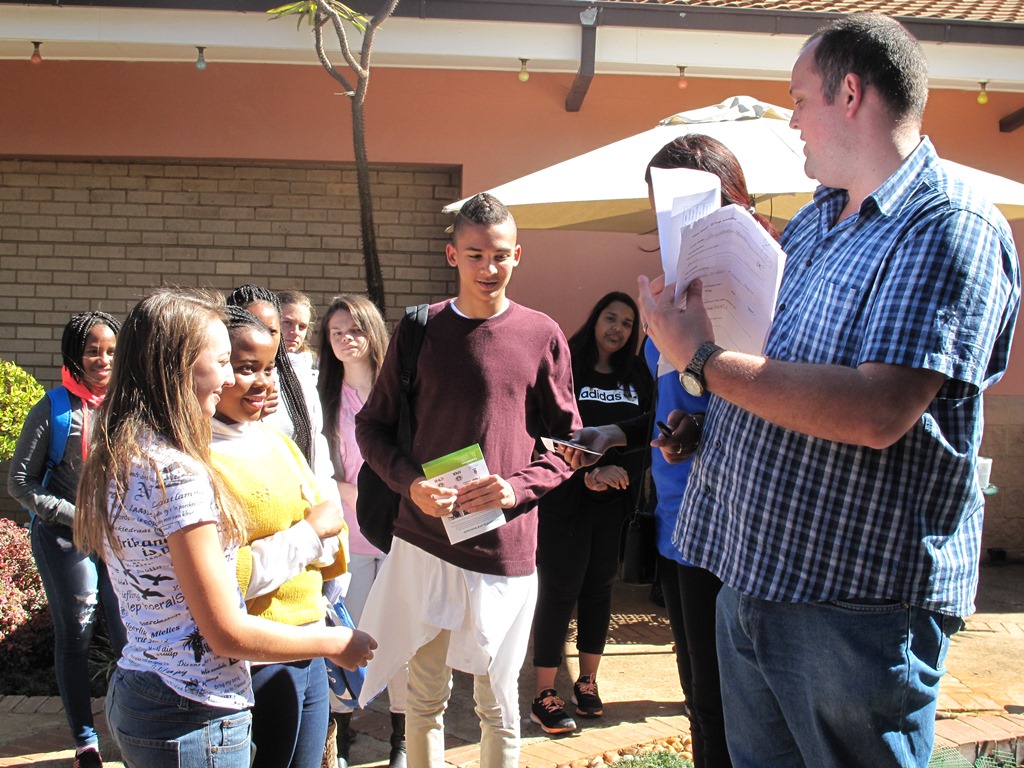 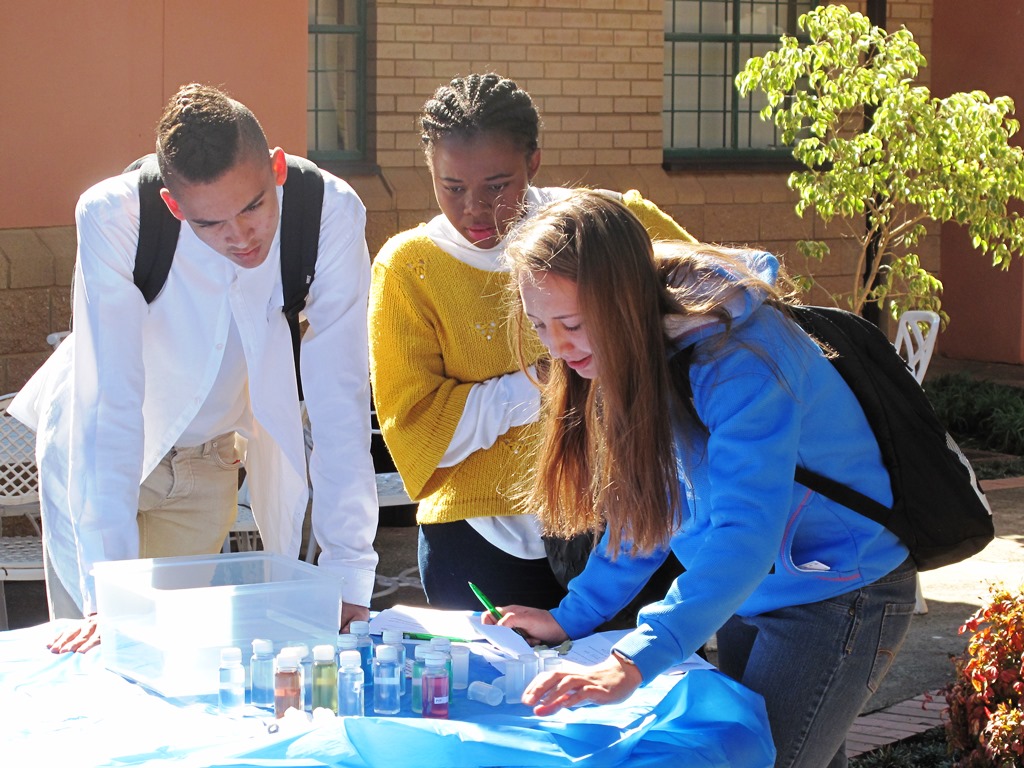 Grade 10 learners taking part in the CTHB Tree Disease Treasure Hunt at FABI on July 23 needed a combination of smarts, speed and sweat to complete the challenge and claim their prizes.  Three groups proved their mettle by completing the challenge several minutes ahead of more than 40 groups and bagged themselves book vouchers. The treasure hunt was organised by the Outreach team in the DST-NRF Centre of Excellence in Tree Health Biotechnology (CTHB) at the University of Pretoria (UP). Its aim was to allow the learners to experience the various stages of research done in the CTHB in an interactive, fun but challenging manner.

The learners, who are in their first year of the UP and JuniorTukkie’s science enrichment programme UP with Science, were mentored by staff and students in the CTHB. The CTHB Outreach team made of Dr Markus Wilken, Juanita Avontuur, Arista Fourie and Benedicta Swalarsk-Parry devised the challenge modelled on the popular reality TV game show, The Amazing Race. Clues vital to completing the challenge lay in a presentation by Arista Fourie explaining the stages of research done in the CTHB to identify and treat various threats to the health of indigenous trees. Armed with a map leading to spots around the UP campus and at FABI as well as an answer sheet, the teams dispersed to hunt for clues to complete the challenge in the shortest time. The treasure hunt condensed the stages of tree disease research such as looking for symptoms of disease and identifying the organisms causing the symptoms through molecular techniques.