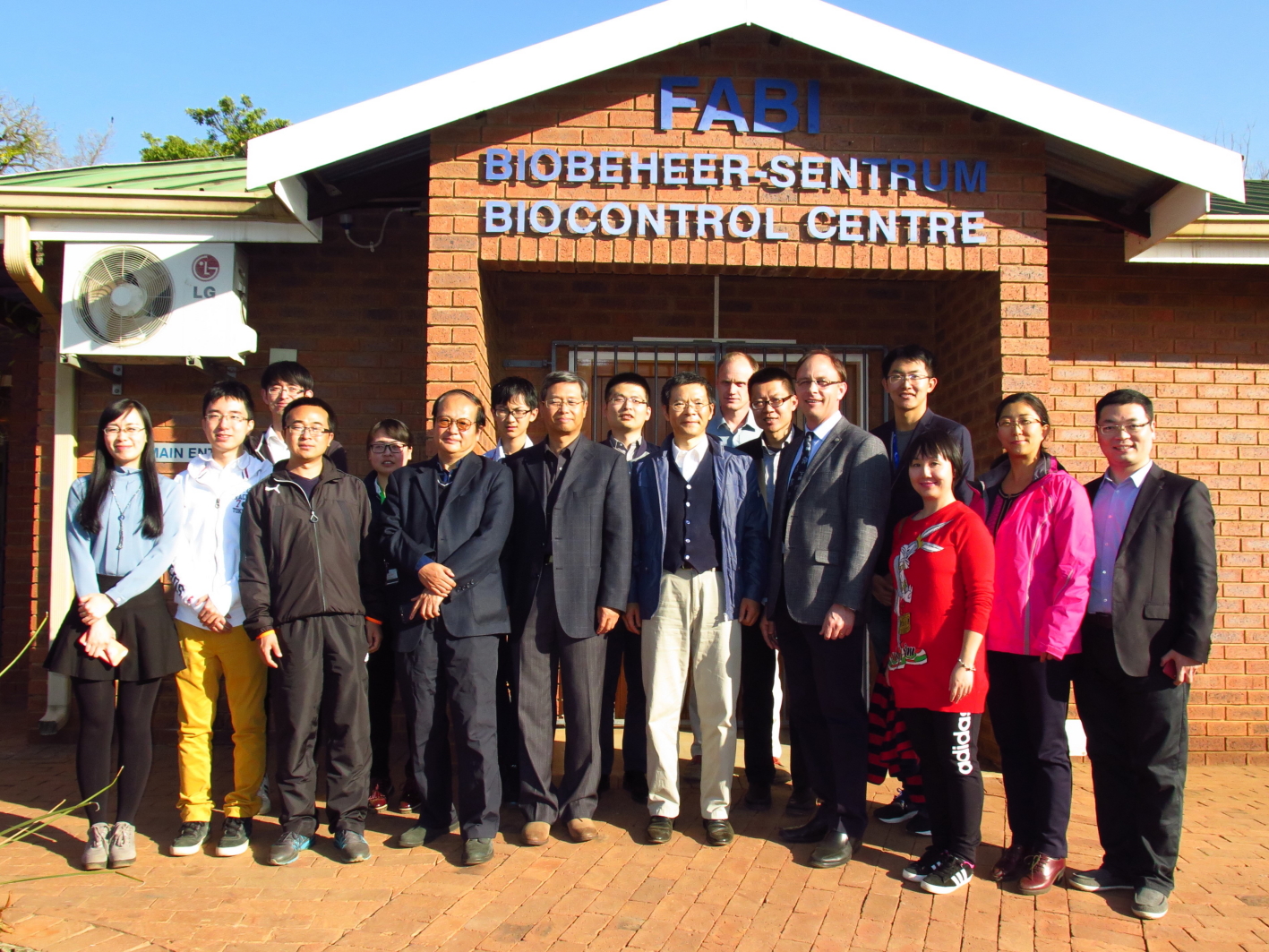 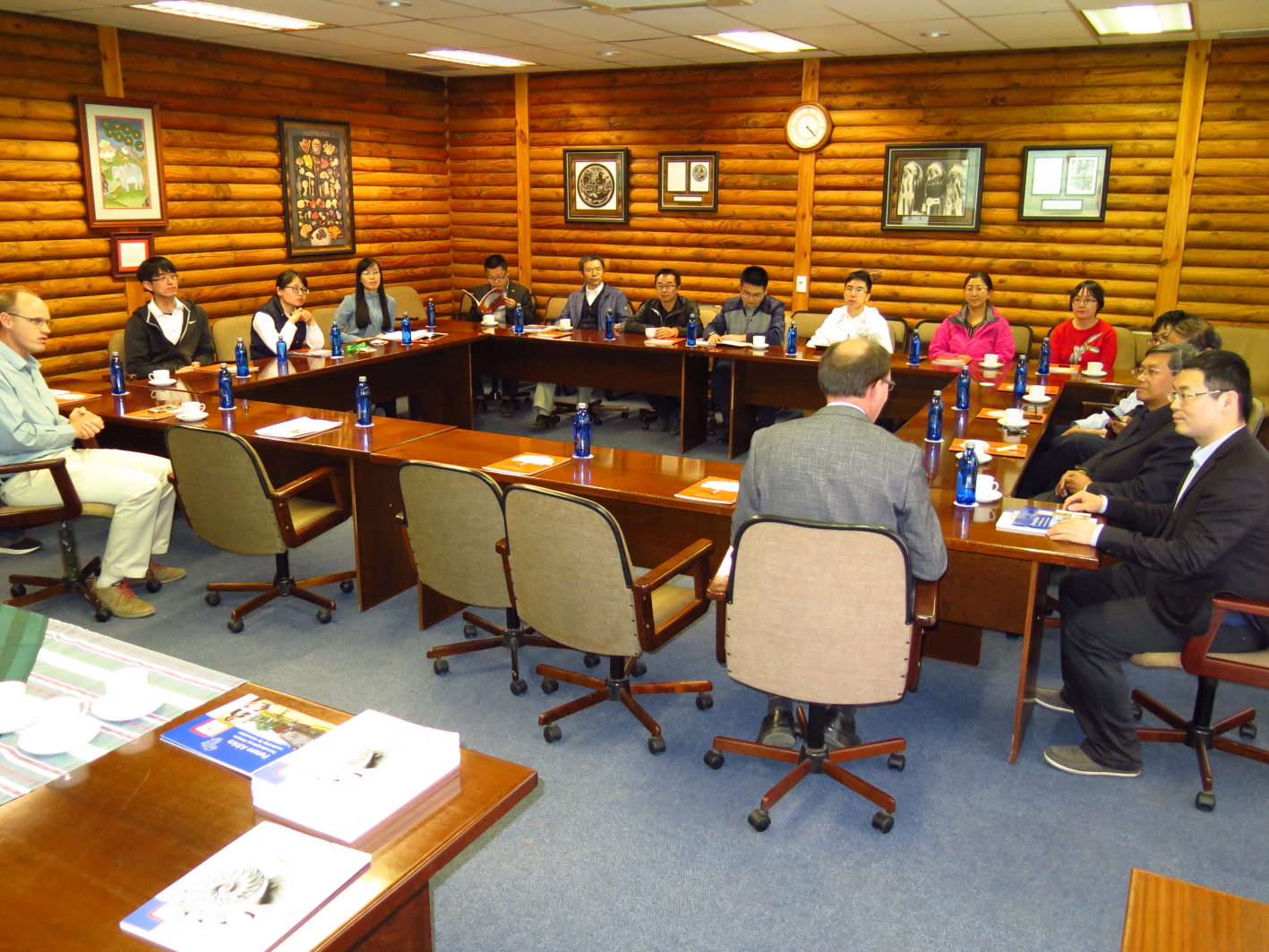 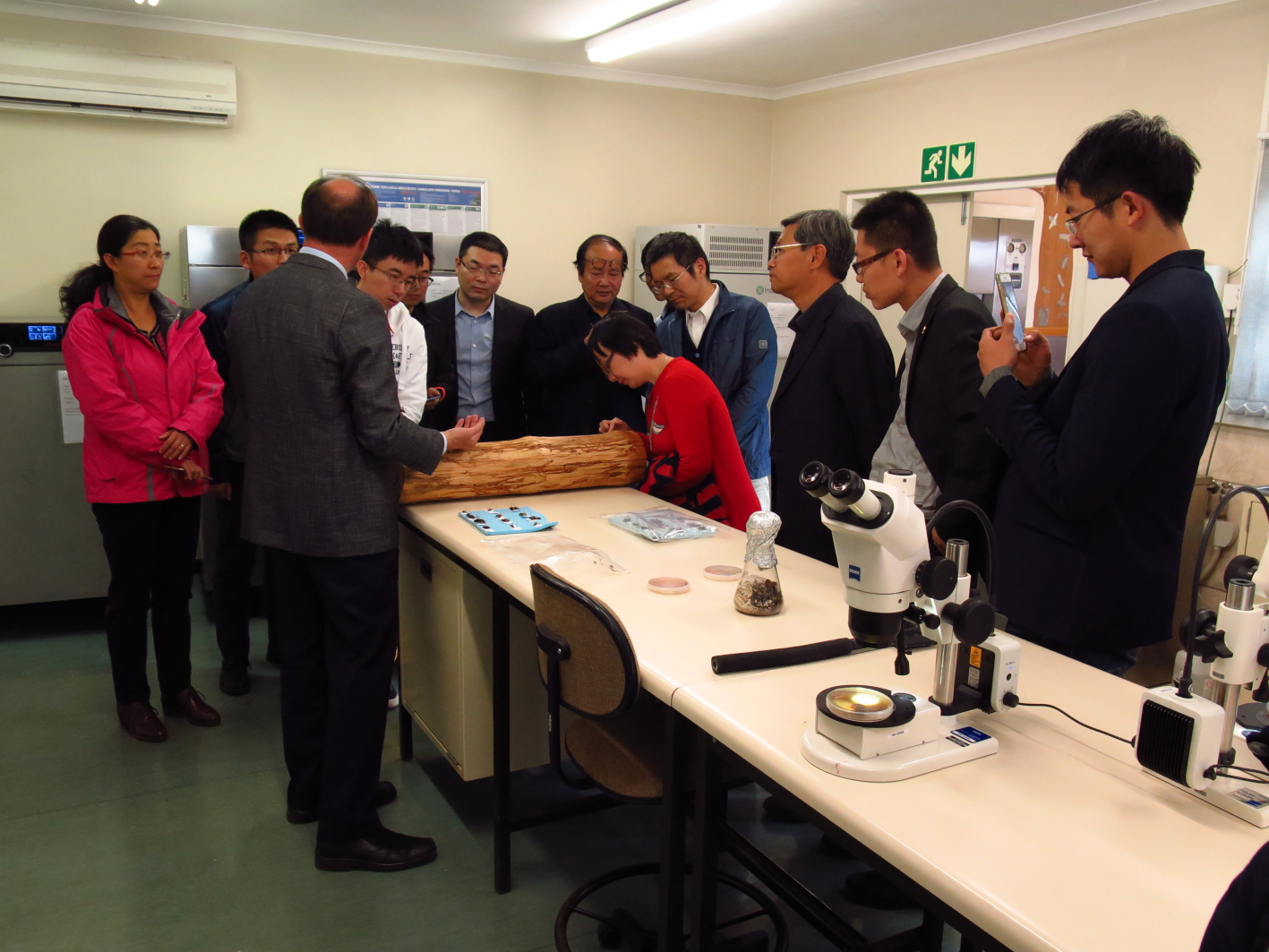 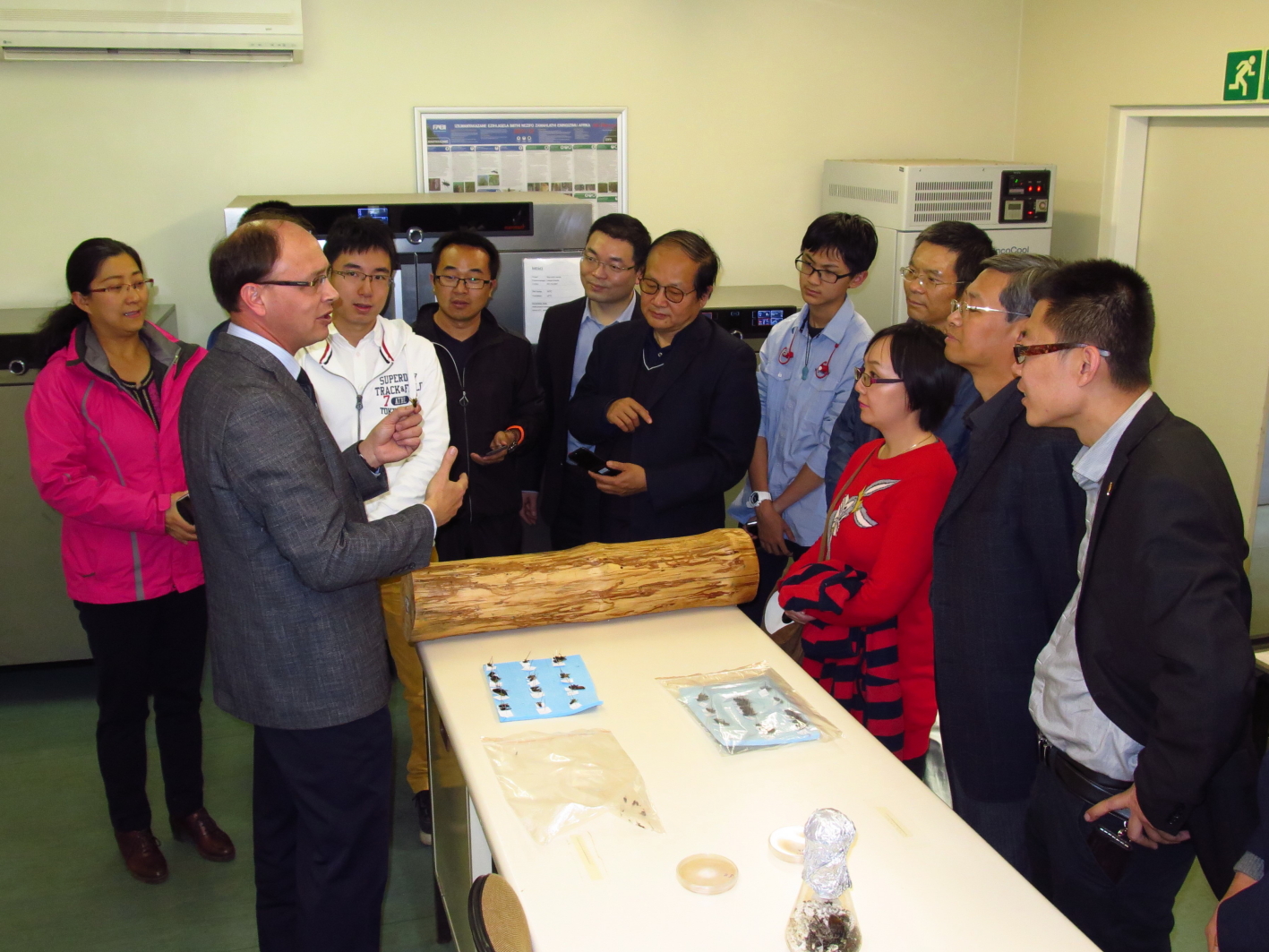 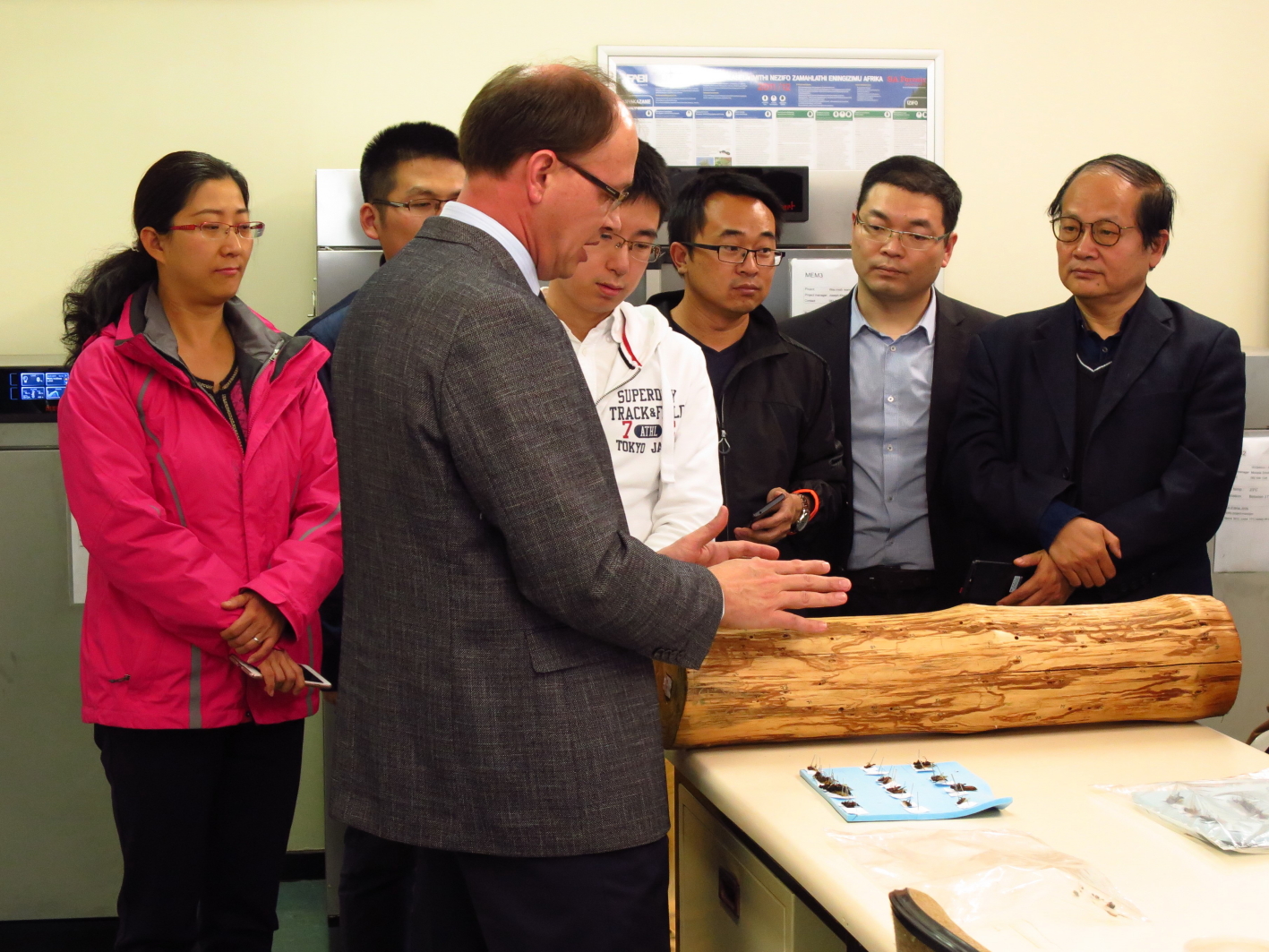 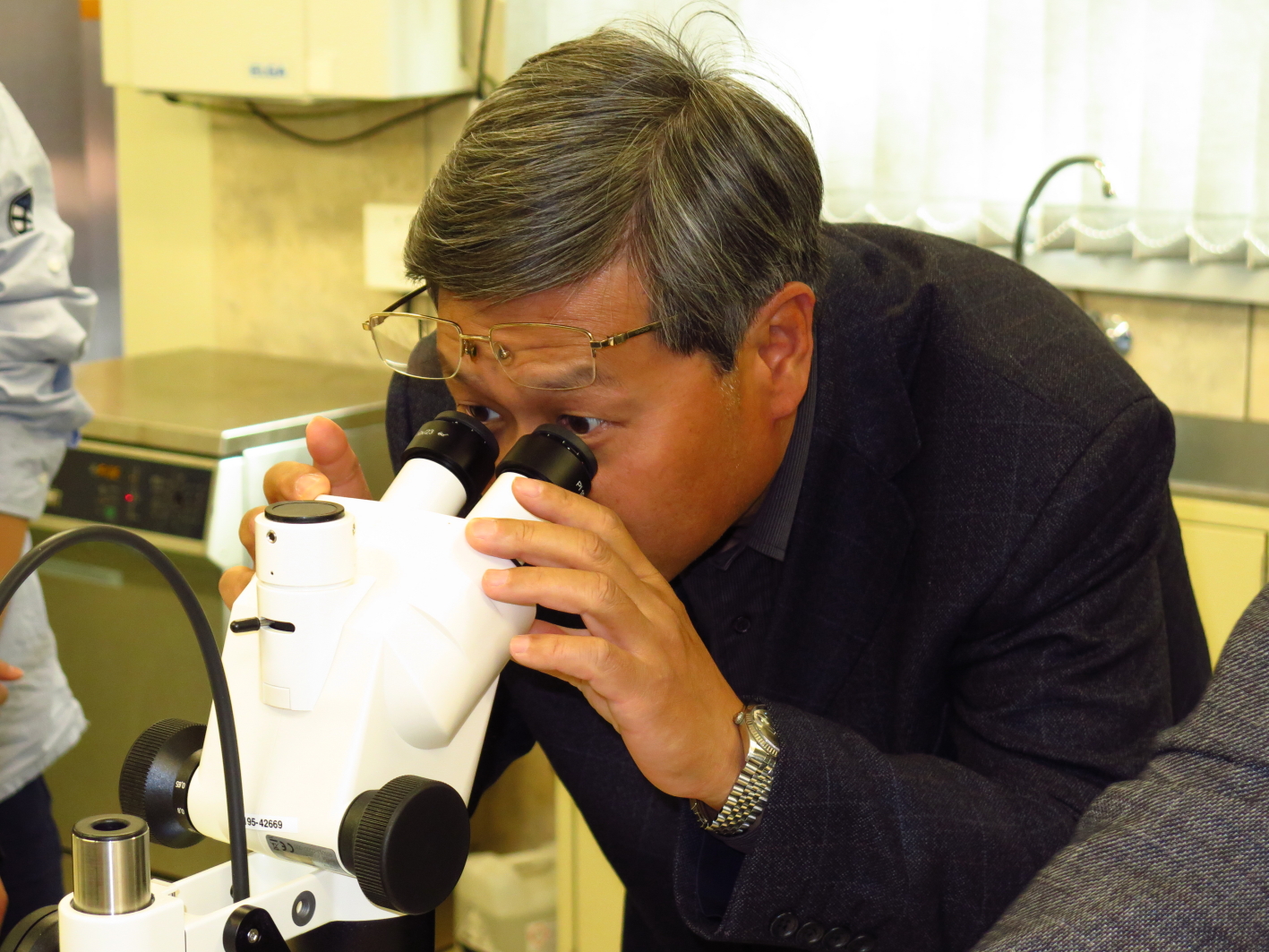 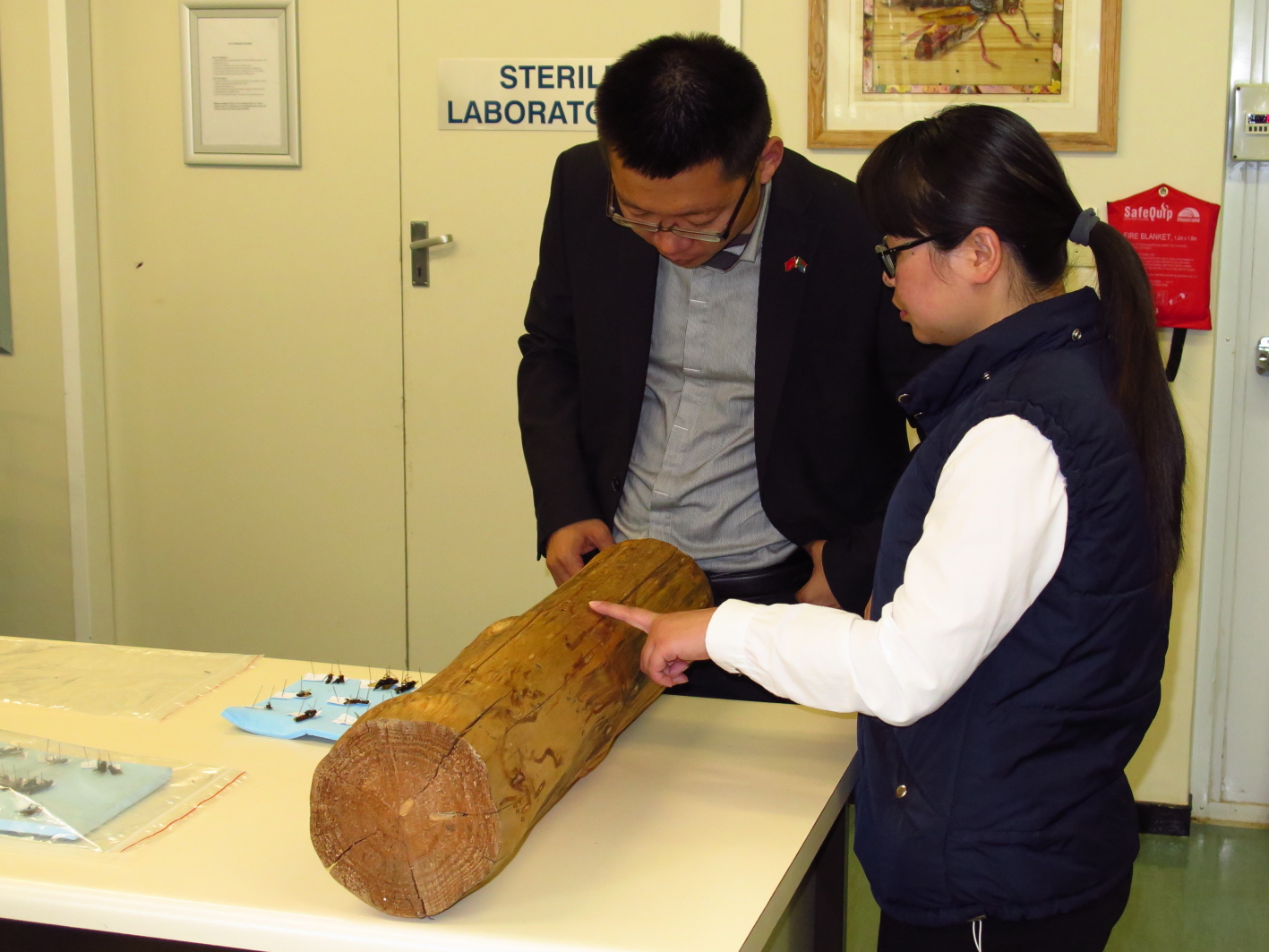 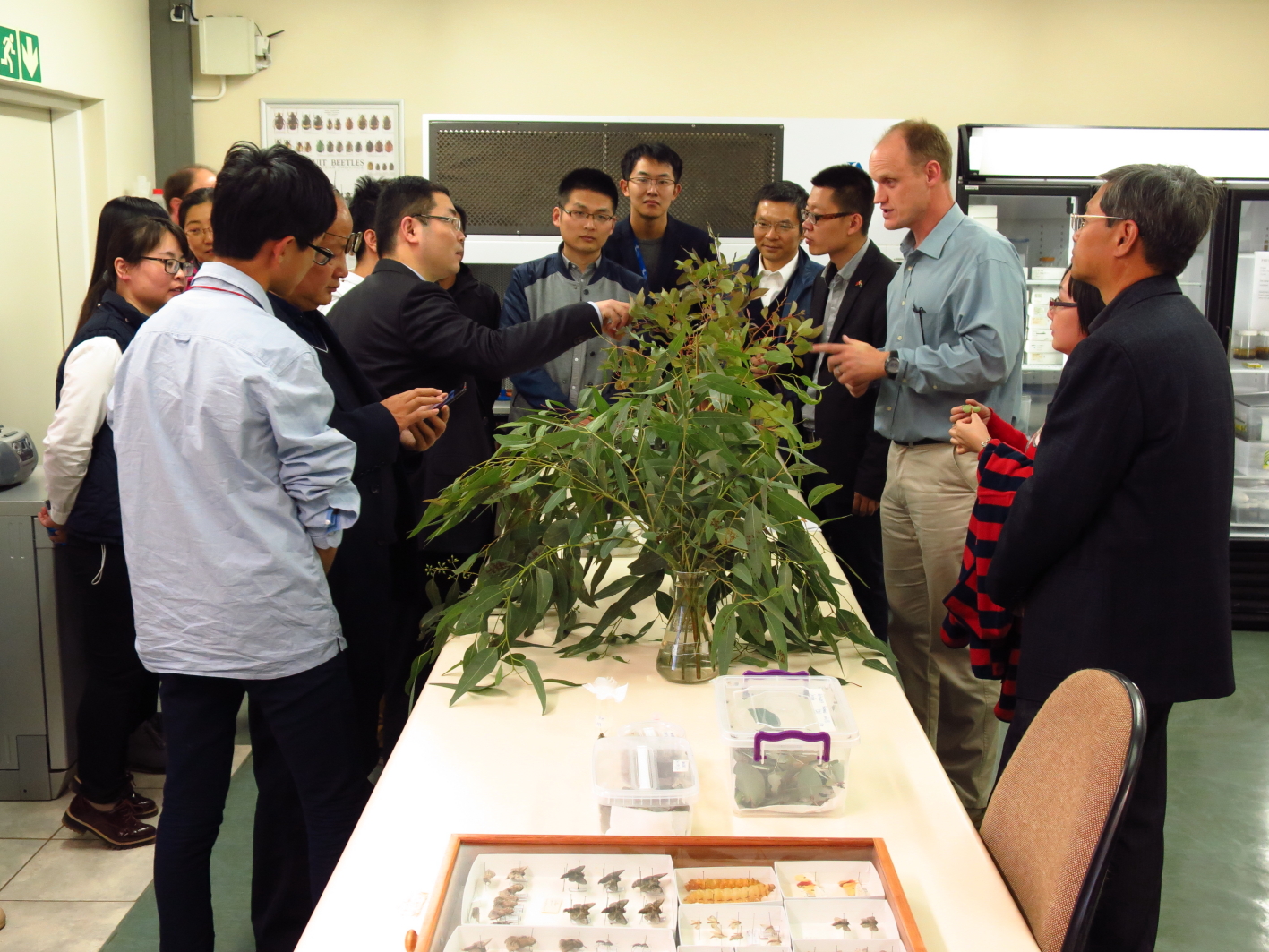 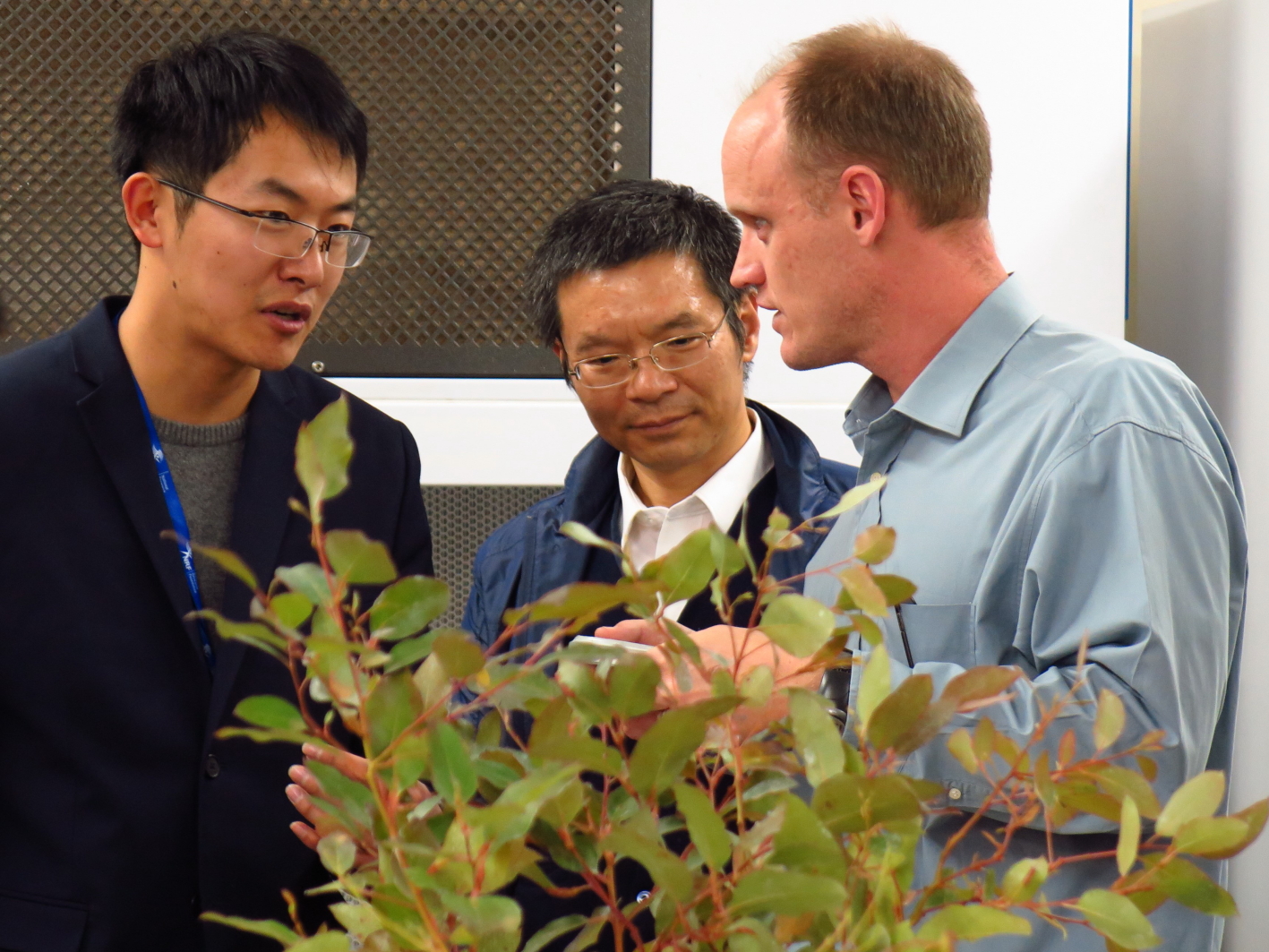 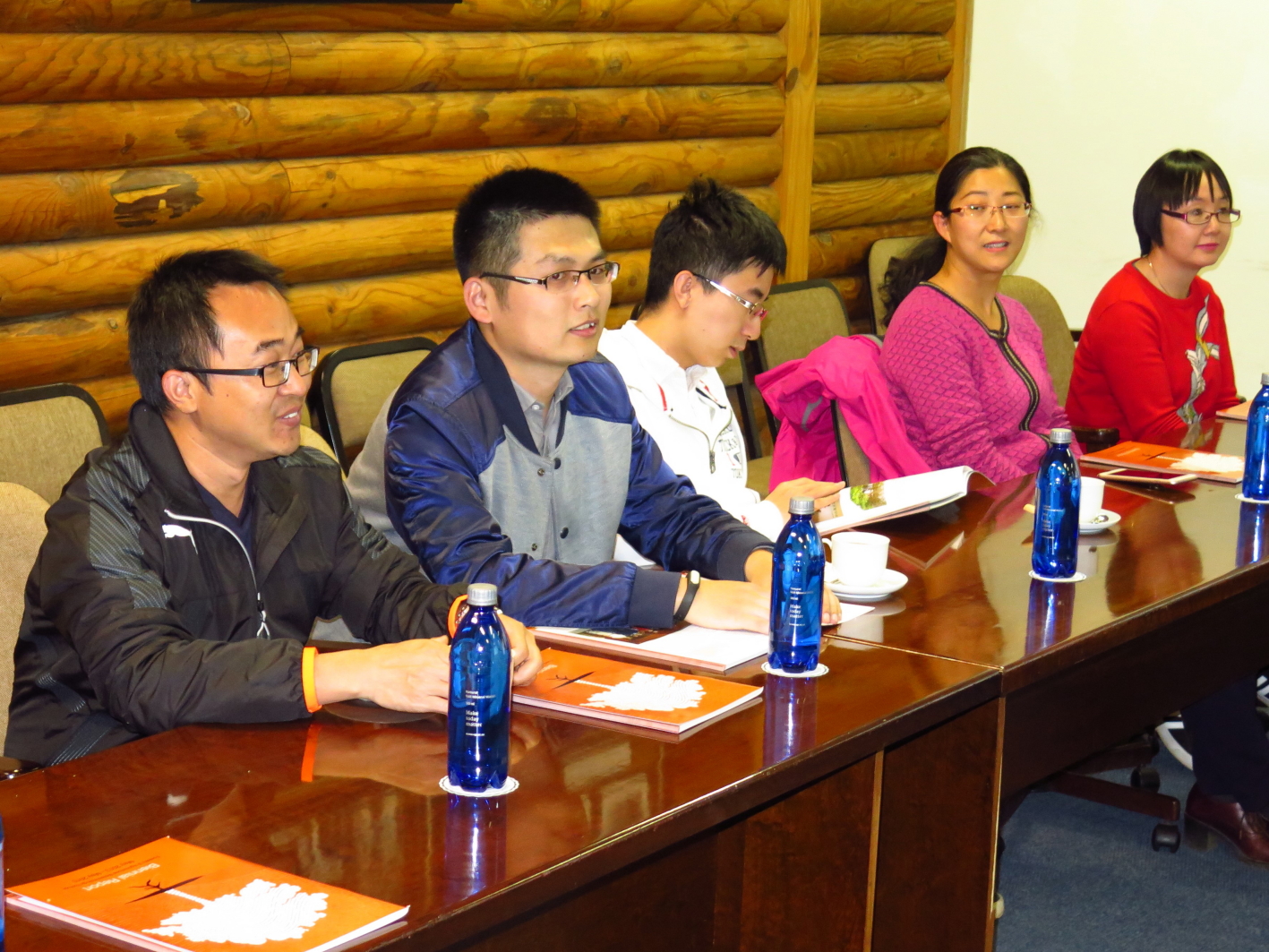 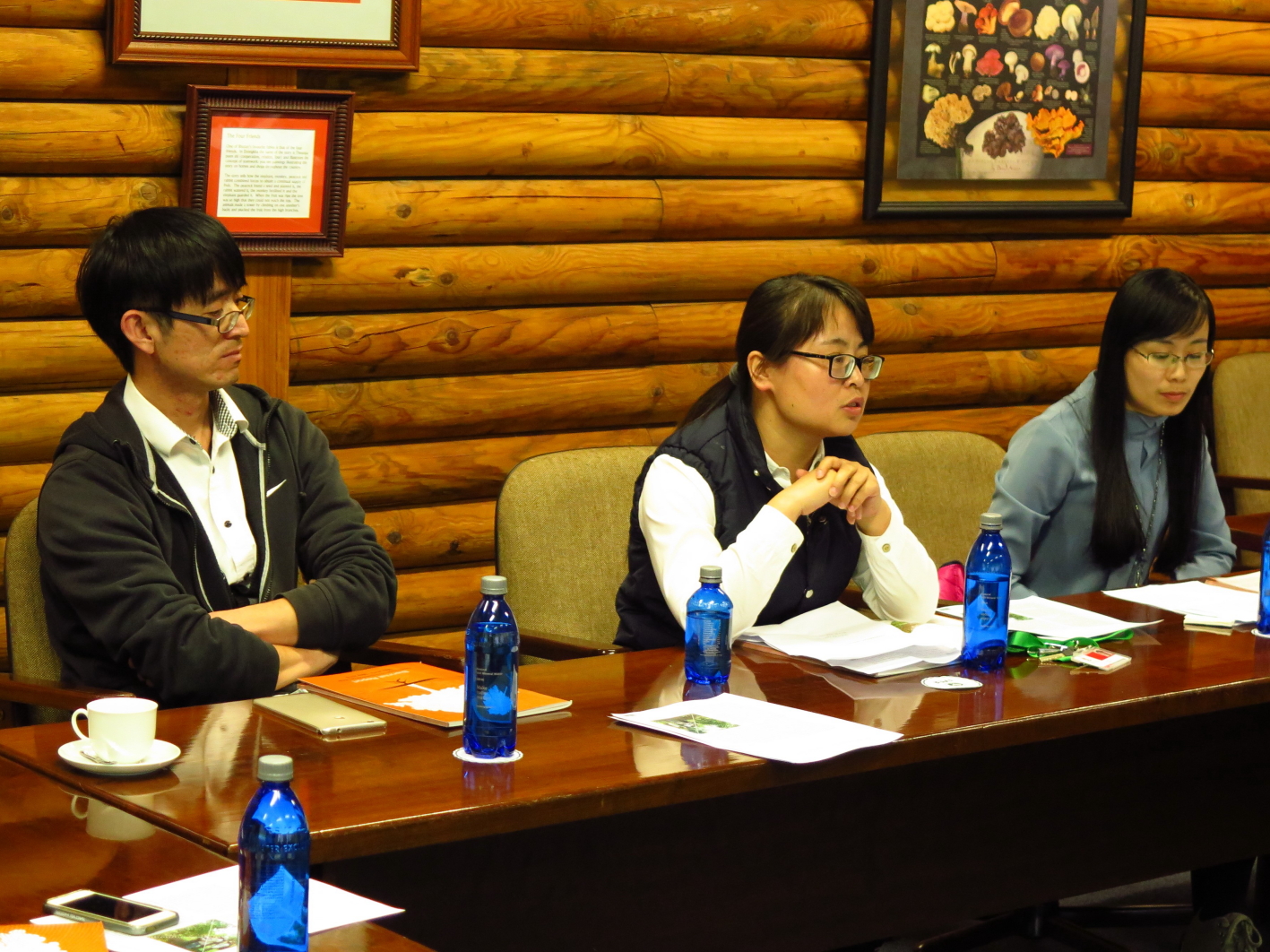 FABI was honoured to receive a visit on 28 July by a delegation from the Pretoria Embassy of the People’s Republic of China, led by Counselor Huang Wei. The 12-member group was welcomed by Prof. Bernard Slippers and Dr Brett Hurley along with PhD candidates RunLei Chang, FeiFei Liu and JieQiong Li.

They were shown the research work being undertaken at the FABI Biocontrol Centre at the University of Pretoria’s experimental farm. Thereafter, the group moved to the Institute’s Hatfield Campus laboratories where they were shown the rest of the research facilities. Prof. Slippers also gave an overview of FABI’s achievements over the past 28 years and expanded on the successful ongoing partnership with China.

The Institute has had a long association with China through the CERC-FABI Tree Protection Programme (CFTPP), a cooperative venture between the China Eucalypt Research Centre (CERC) of the Chinese Academy of Forestry in China, and FABI. Counselor Wei spoke of the strong bonds between these institutions and he saw opportunity for growth in cooperation going forward.

The CFTPP arose from a long-term collaboration between the two institutions that was formally established in 2014. This relationship developed from joint funding to the two groups respectively by the Governments of the People’s Republic of China and the Republic of South Africa as part of bi-lateral funding managed by the Department of Science and Technology (South Africa) and Ministry of Science and Technology in China. It has resulted in many important outputs in terms of fundamental research, solutions to eucalypt disease problems and education of postgraduate students.