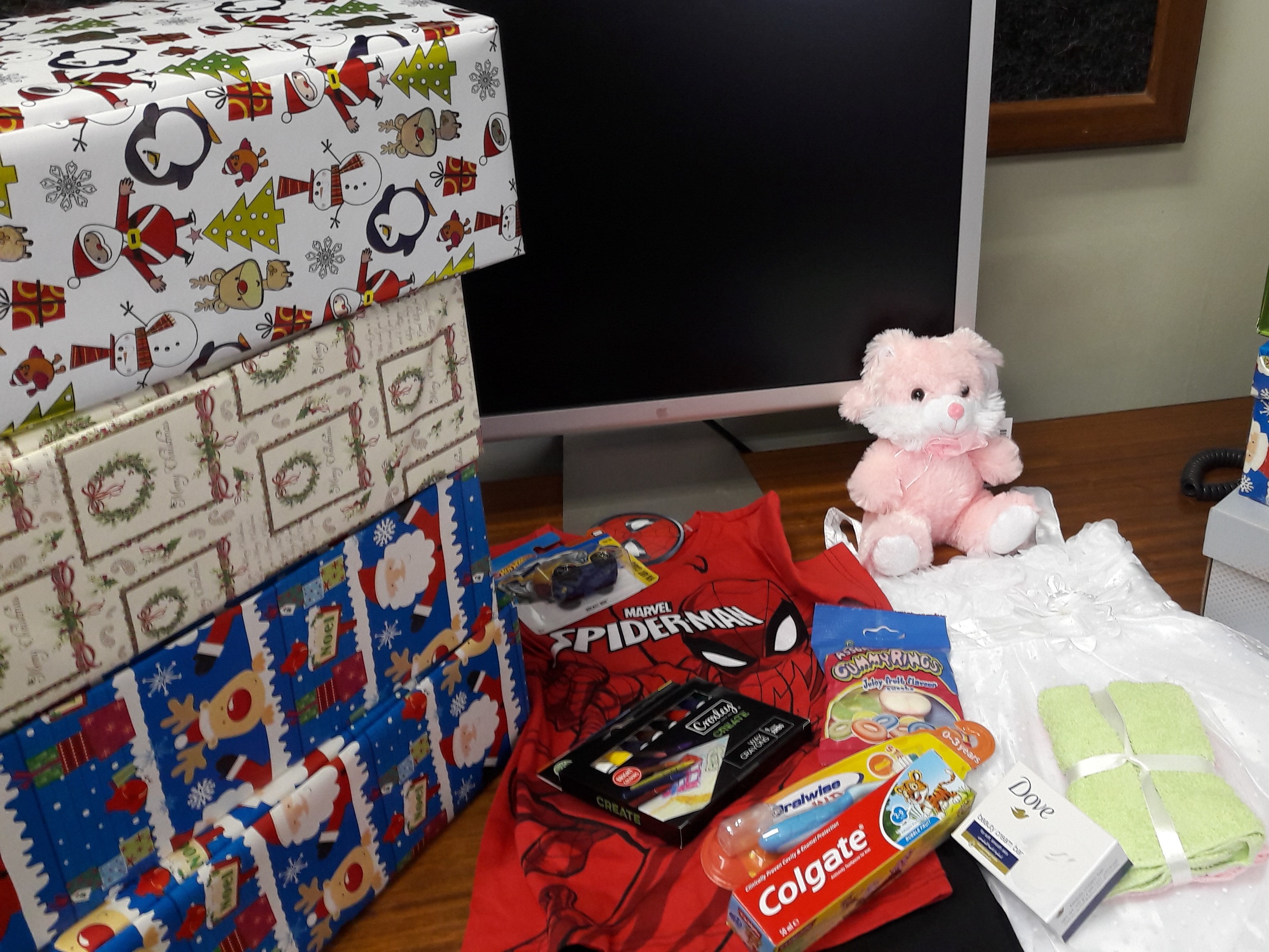 The festive season is about the joys of giving, so in this tradition, a small group of FABIans from the Shaw Lab decided to ensure that eight underprivileged children received a Christmas gift in the form of a Santa Shoebox. This project succeeded in collecting and distributing more than 650 000 shoeboxes to children within South Africa and Namibia in 2016, with a goal of 760 000 shoeboxes aimed for this year, in the march to a million shoeboxes by 2019.  Anyone can pledge a shoebox by choosing a female/male child of a certain age.  The shoebox is filled with 8 items: toothbrush and tooth paste, face cloth and soap, sweet, toy and an item of stationary and clothing.  This project aims to bring a smile to many a child’s face, but also succeeded in making us smile.