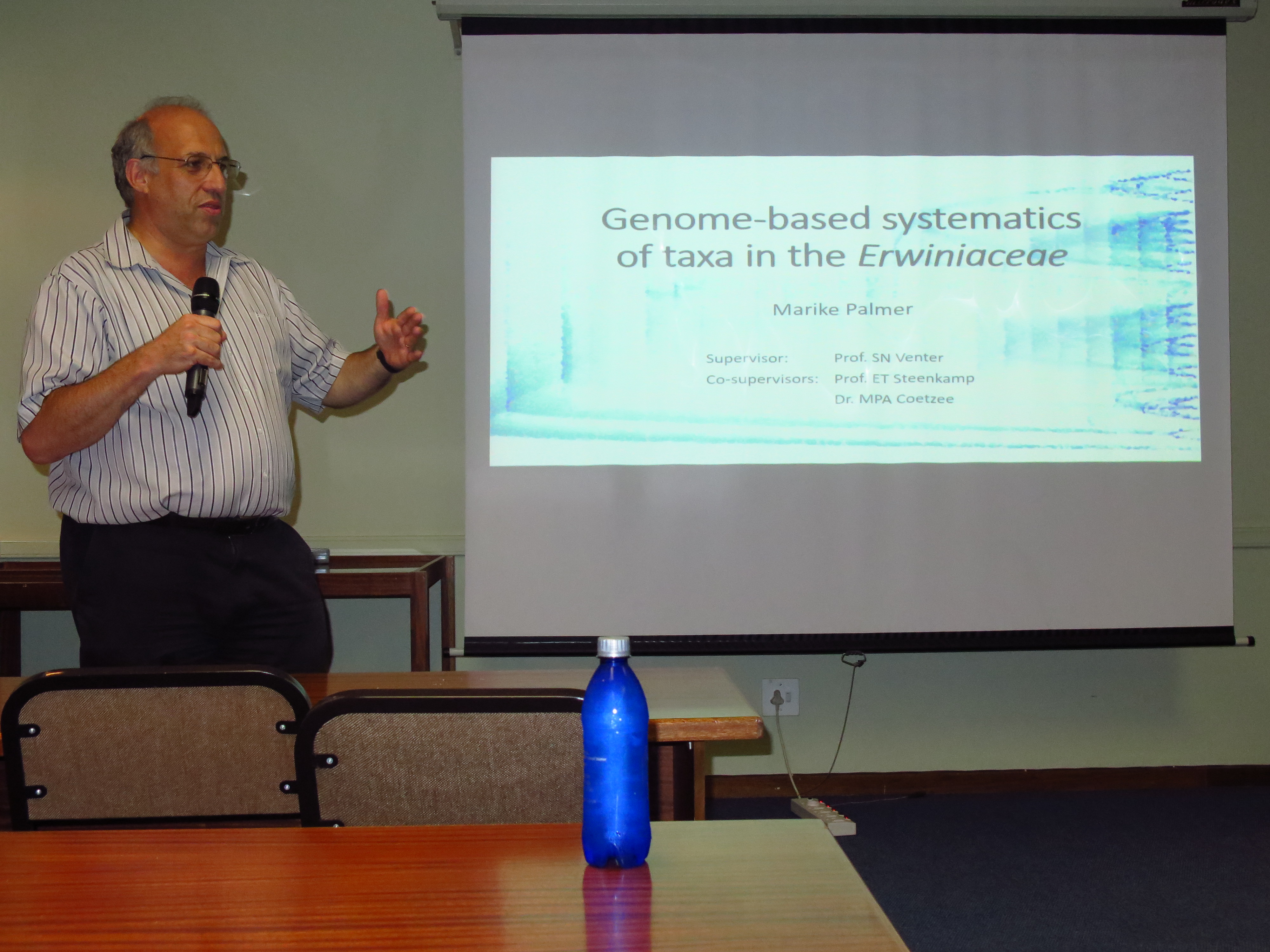 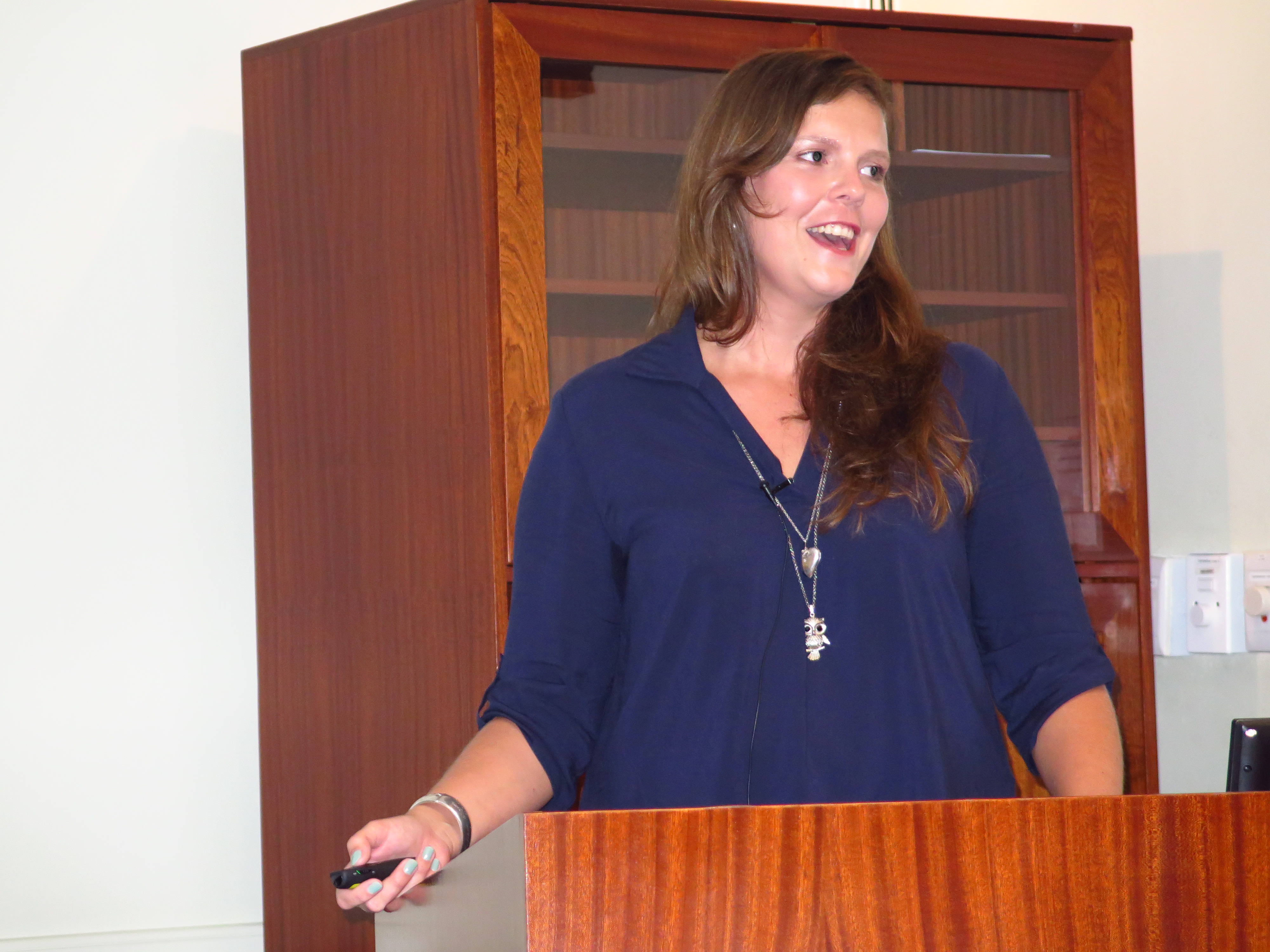 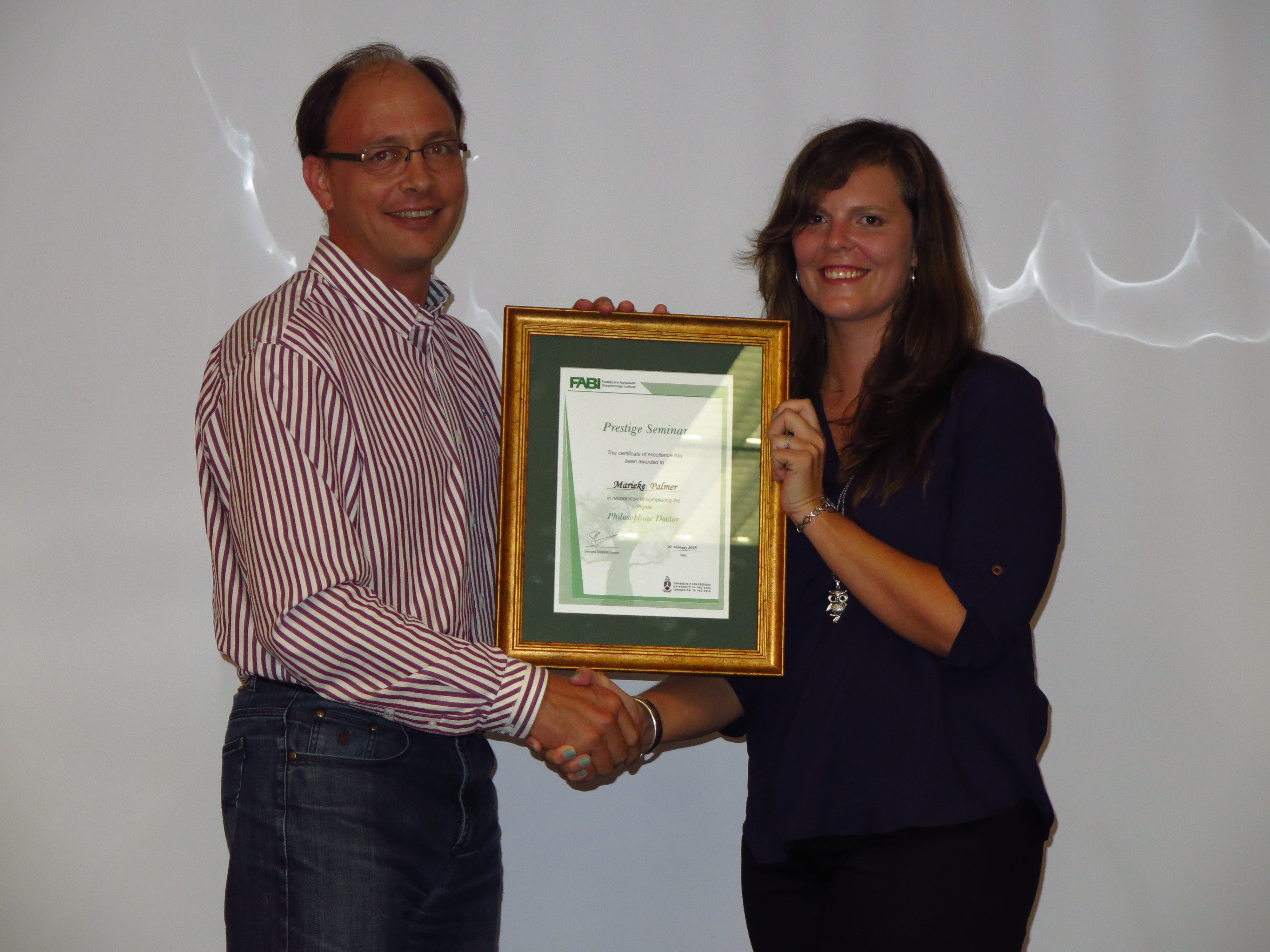 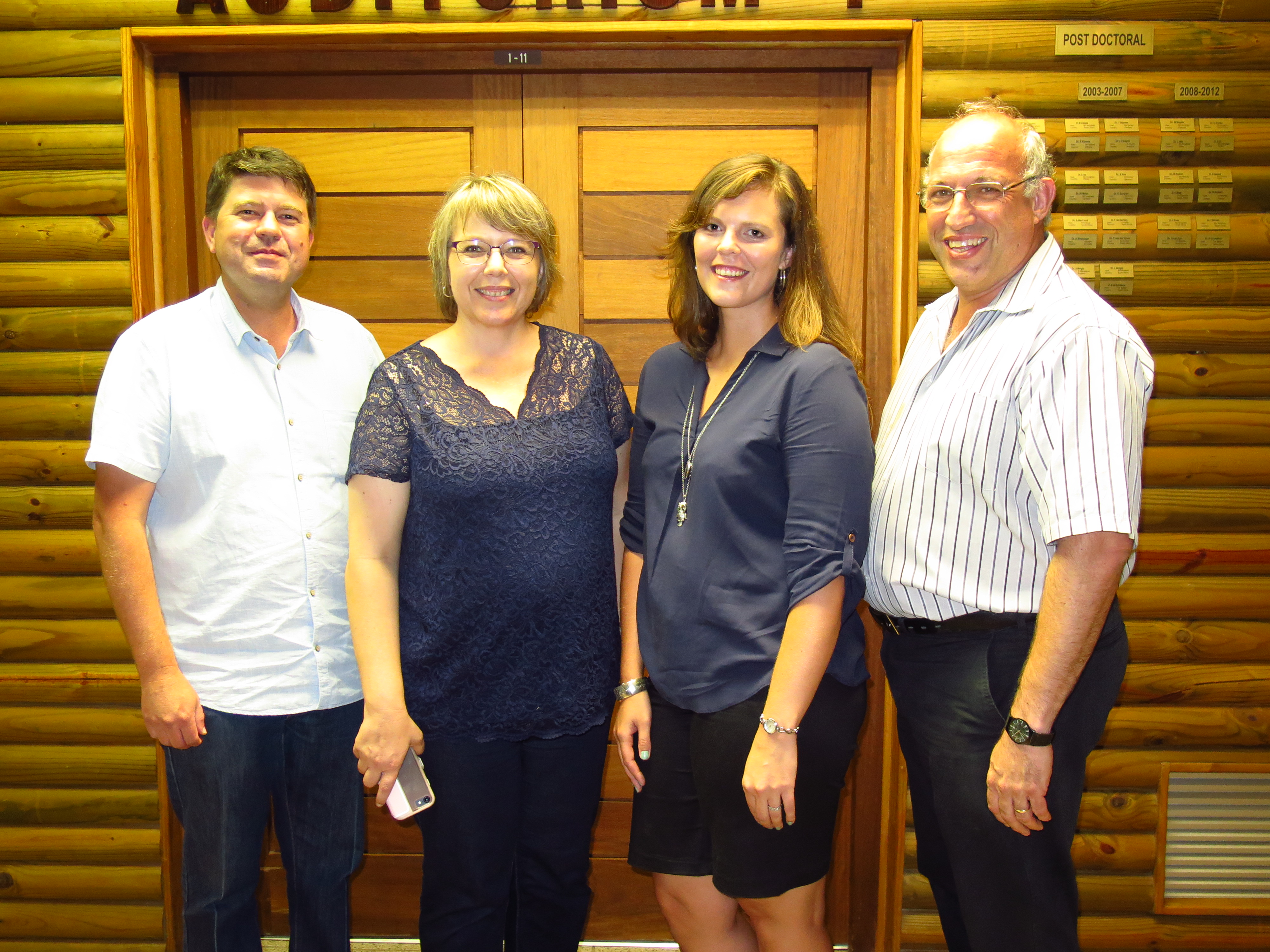 FABI celebrated the fourth successful Ph.D. defence for 2018 with Marike Palmer passing her oral exam on 20 February. She had, earlier in the afternoon, presented her Prestige Seminar “Genome based systematics of taxa in the Erwiniaceae”. This was the second Ph.D. for the Institute with Felix Fru having passed his defence earlier in the day.

Marike’s supervisors were Proff Fanus Venter, Emma Steenkamp and Dr Martin Coetzee. Her external examiners were: Prof Iain Sutcliffe from Northumbria University in the United Kingdom and Prof Barny Whitman from the University of Georgia in the USA. The internal examiner was Prof Brenda Wingfield.

The unique nature of bacterial species requires a pluralistic view of evolution. As all bacterial species are intrinsically different, the evolution of bacterial taxa needs to be considered independently. To achieve this, decisions need to be based on the evolutionary history to obtain phylogenetically cohesive groups, followed by investigating the level of cohesion between taxa. Marike investigated the evolutionary history and cohesion within the Erwiniaceae as this bacterial family consists of many agriculturally and clinically important taxa. She presented a robust evolutionary hypothesis for Pantoea, Erwinia and Tatumella based on genomic data, where Pantoea and Tatumella group sister to one another, and with Erwinia being the most basal genus. Based on phylogenetic and genomic analyses, a novel genus was identified and described for taxa previously classified as Pantoea species. During functional comparisons of Pantoea and Tatumella, various biological processes could be linked to the biology of these taxa. Pantoea appeared to be functionally more versatile and could utilise a larger number of metabolic and nutrient cycling processes. The effect and distribution of phylogenetic conflict within the shared set of genes was also investigated. It appeared that both signal and noise were randomly distributed across the genome, with sufficient signal present to overshadow the phylogenetic conflict. Overall, employing these evolutionary based approaches for studying the evolution of taxa provides the most biologically relevant framework reflective of a natural hierarchy.