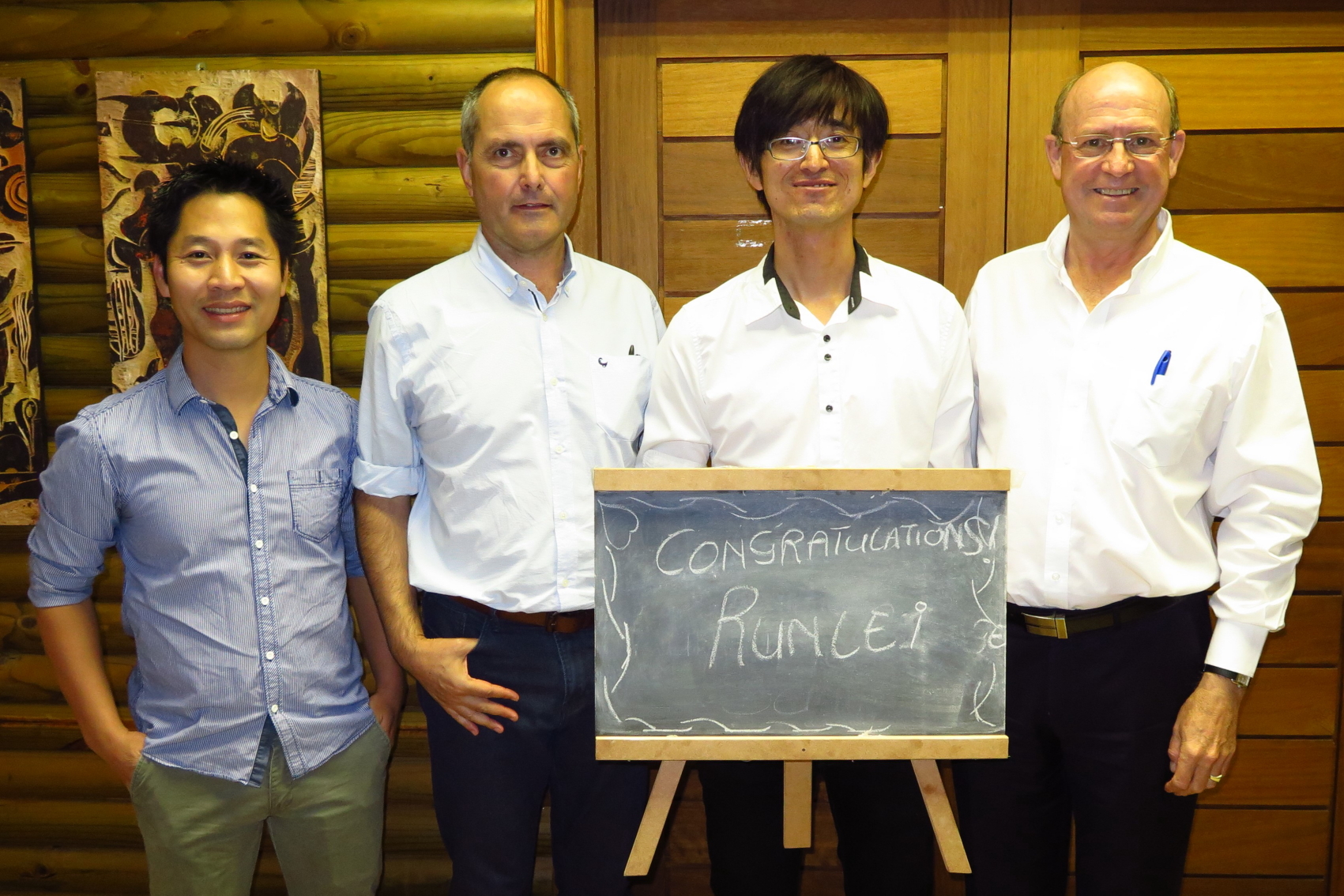 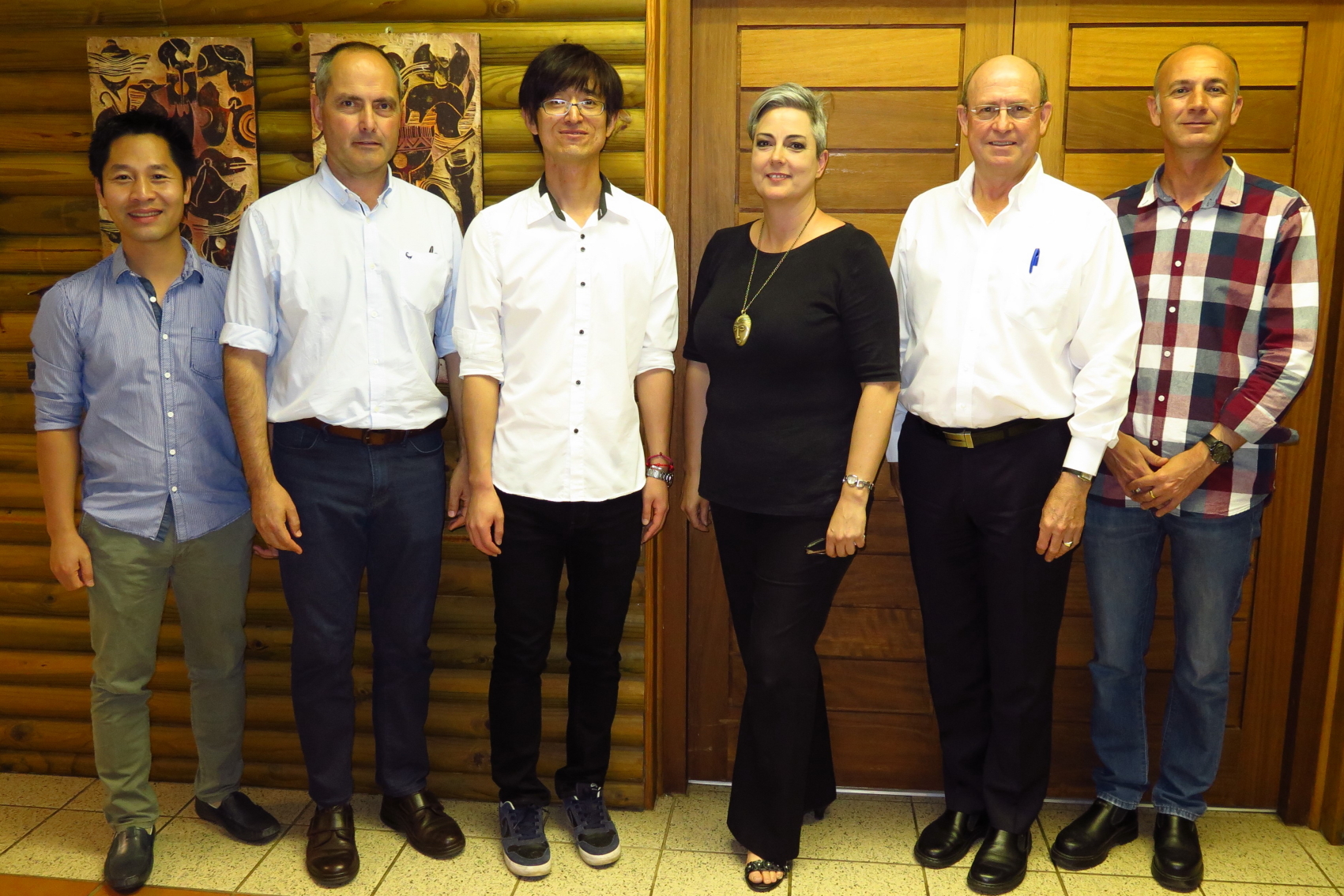 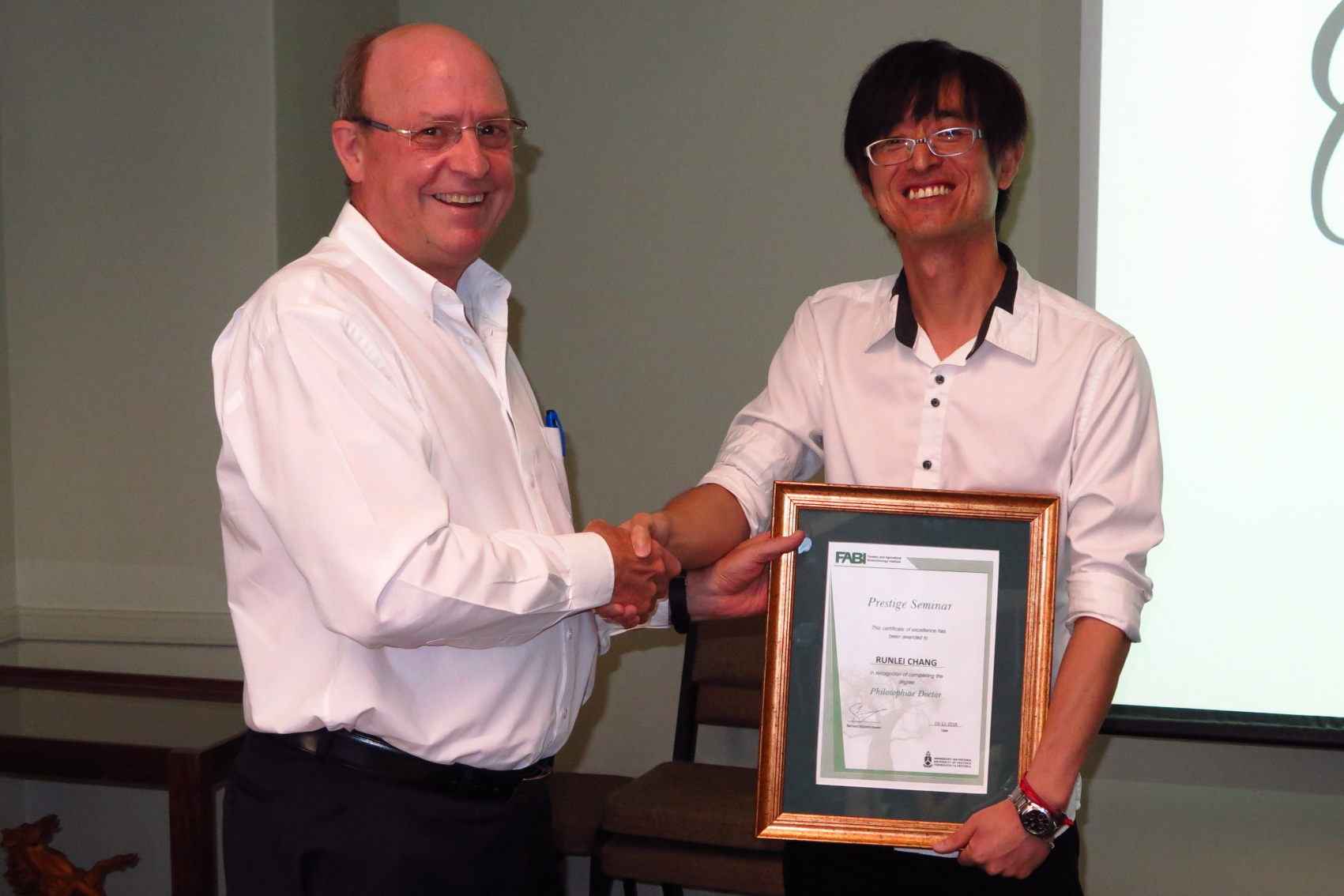 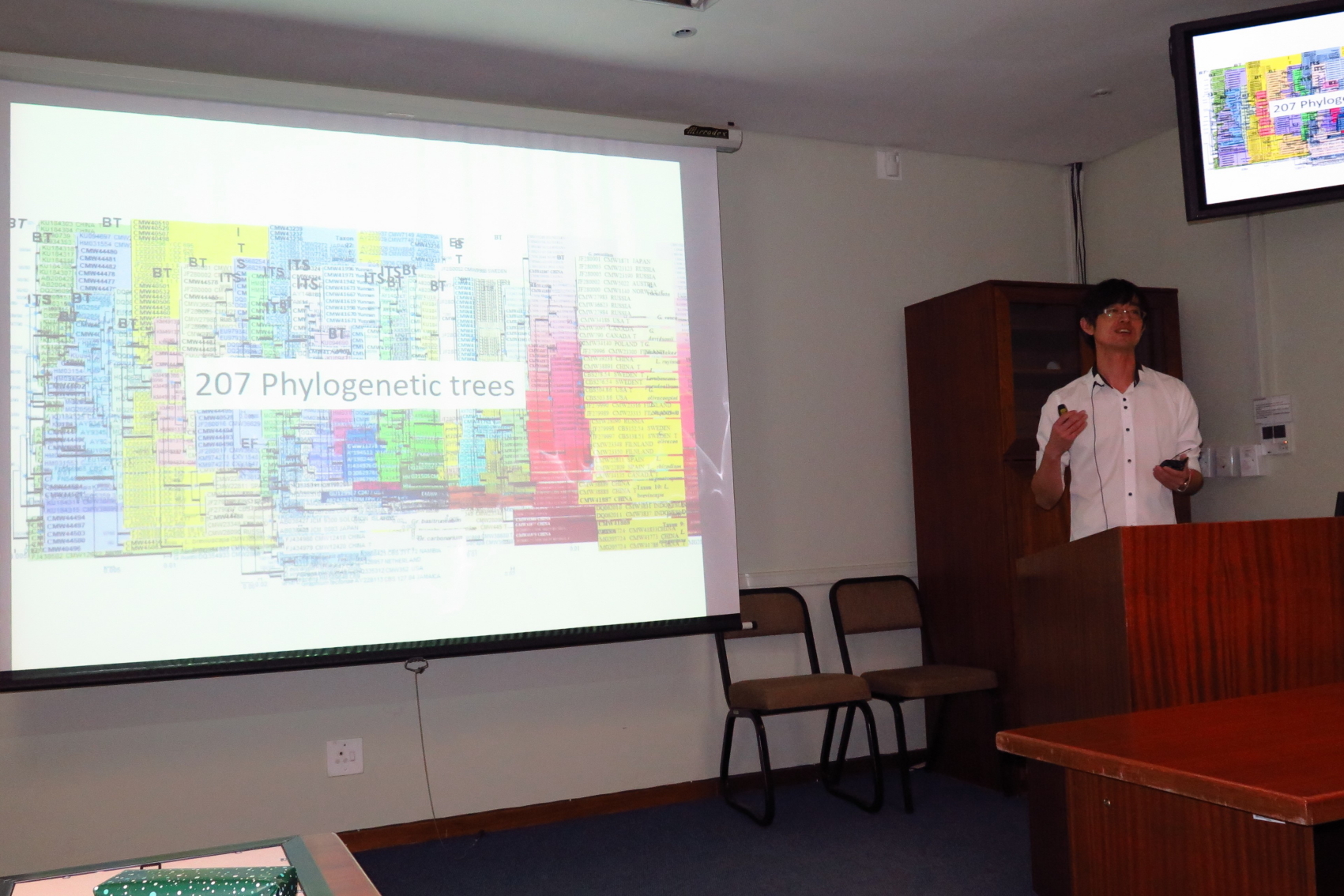 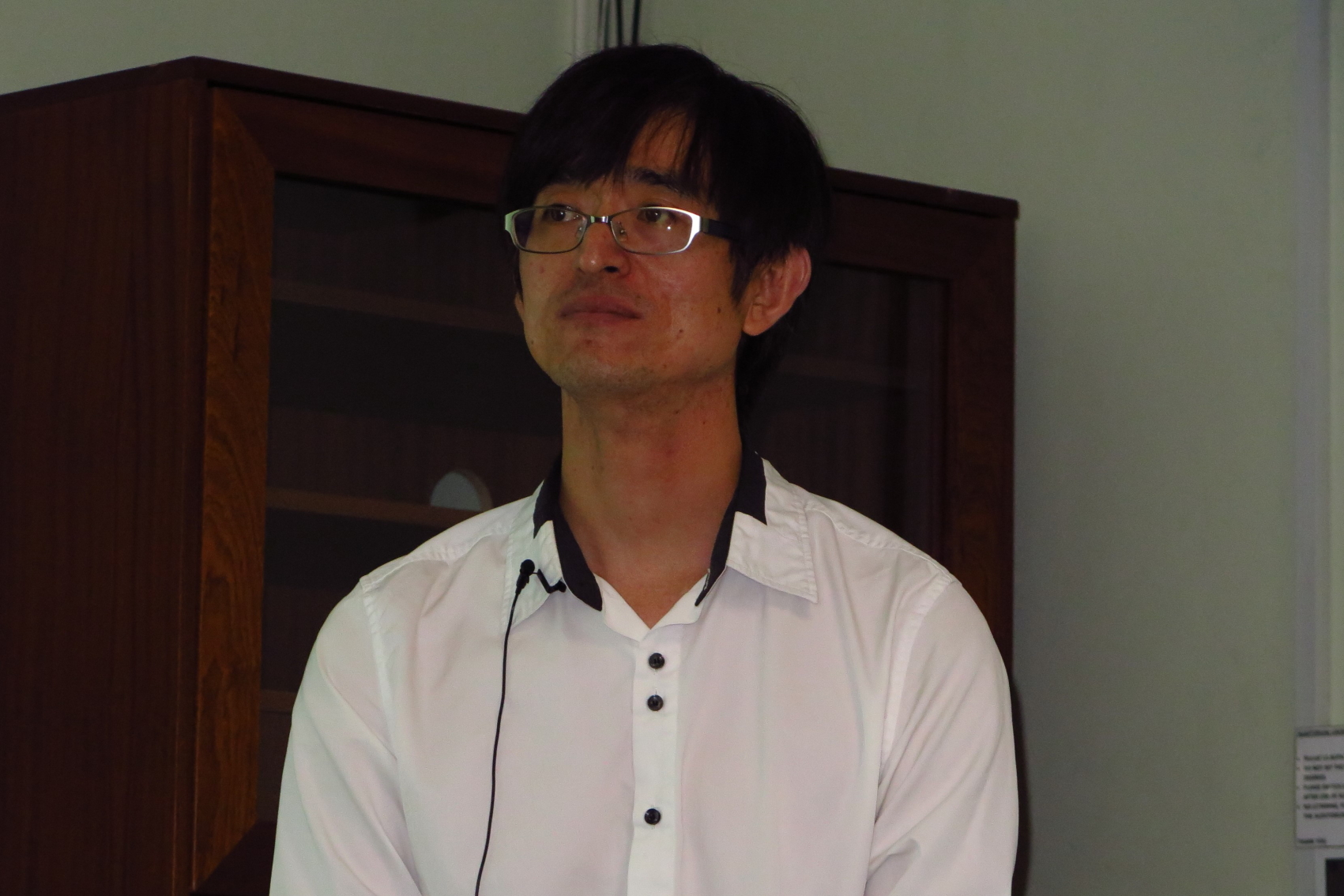 Runlei Chang delivered the last prestige seminar of the year at FABI on 3 December, bringing the number of PhD theses completed at the Institute in 2018 to 13. The title of his seminar was “Ophiostomatoid fungi associated with conifer-infesting bark beetles and their mites in China”. Runlei completed this study under the supervision of Professor Wilhelm de Beer, who completed his efficiency in the lab, as well as Prof Mike Wingfield, Prof Xudong Zhou and  Dr Tuan Duong.

Little was known about ophiostomatoid fungi and the beetle and mite species associated with them prior to Runlei’s study. Ophiostomatoid fungi cause blue staining, reducing the value of the timber. He used Ips typographus, an aggressive beetle that has killed Picea abies in Europe, as a model to discuss the interaction between fungi, beetles and mites on Pinus species from four provinces in China. Of the 52 ophiostomatoid species he identified, 22 were new species. Runlei described 19 species out of the 22, including Leptographium shansheni sp. nov. He also identified 22 beetle species and 34 mite species.

Runlei also identified several fungal species from mites, including Sporothrix nebularis. He warned that mites should not be ignored in pest risk assessments of bark beetles, as they were important vectors of fungi. He also had chapters from his study published, including one in Persoonia, which earned him the Best Student Publication award at the 2018 year-end function.