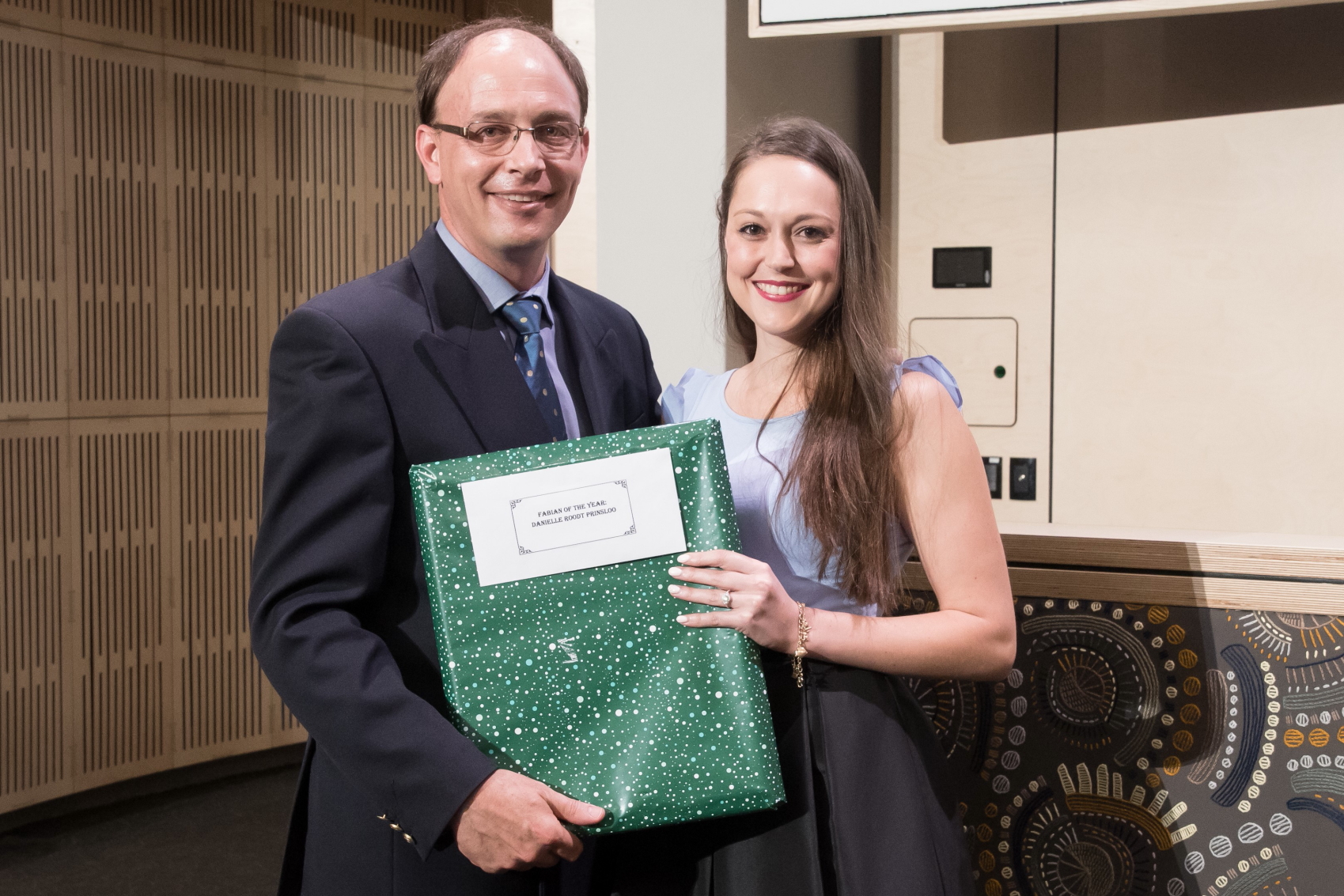 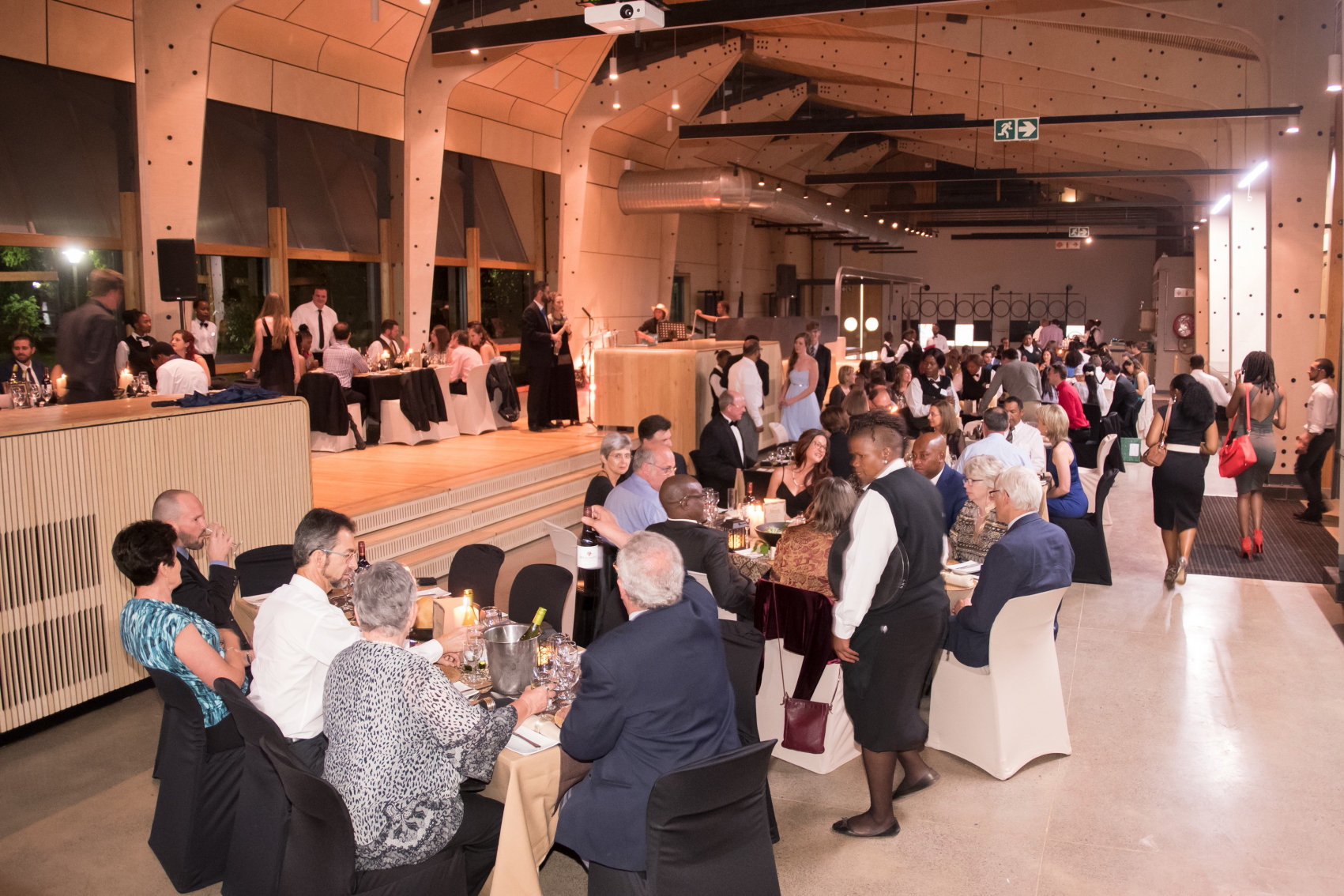 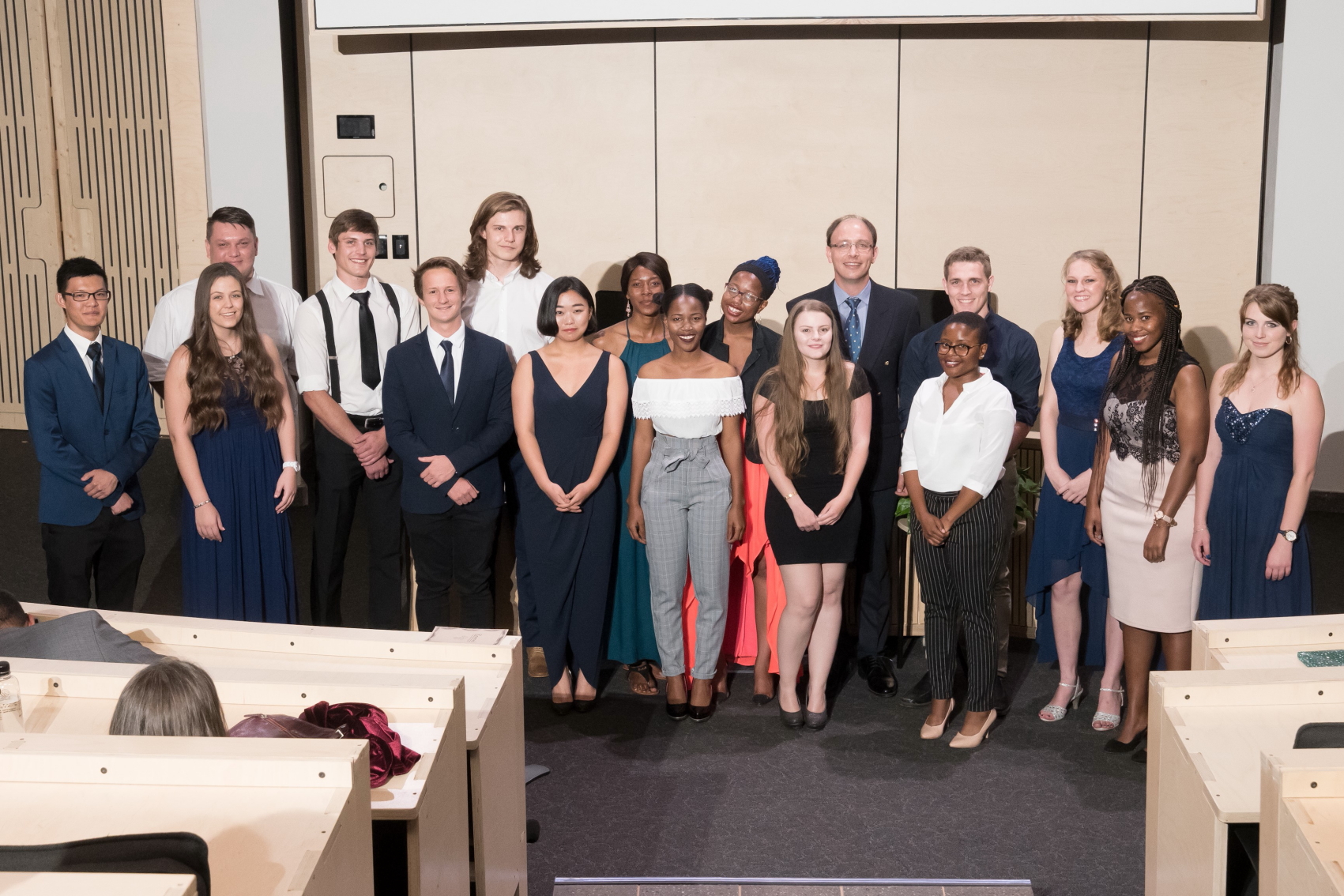 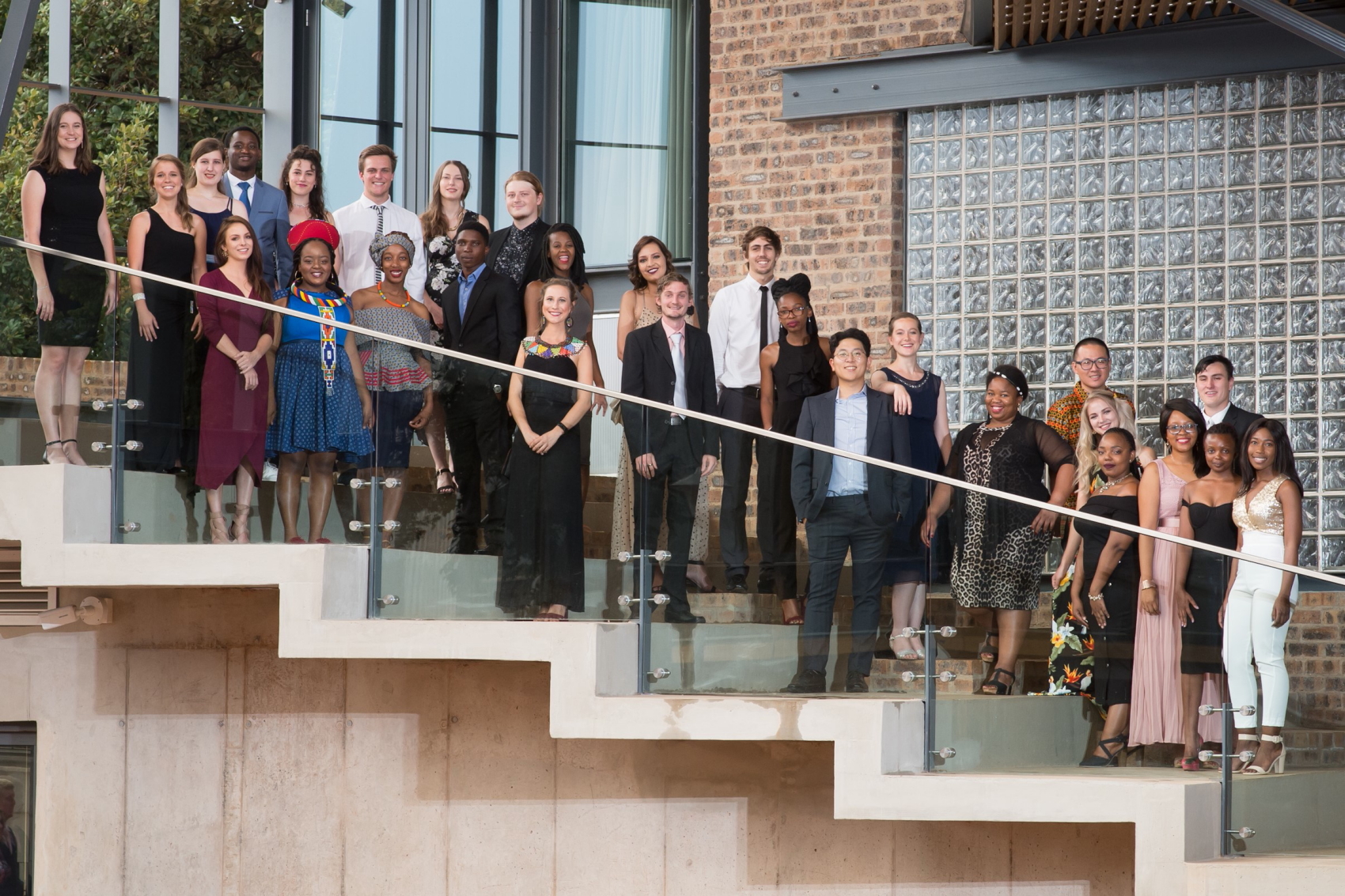 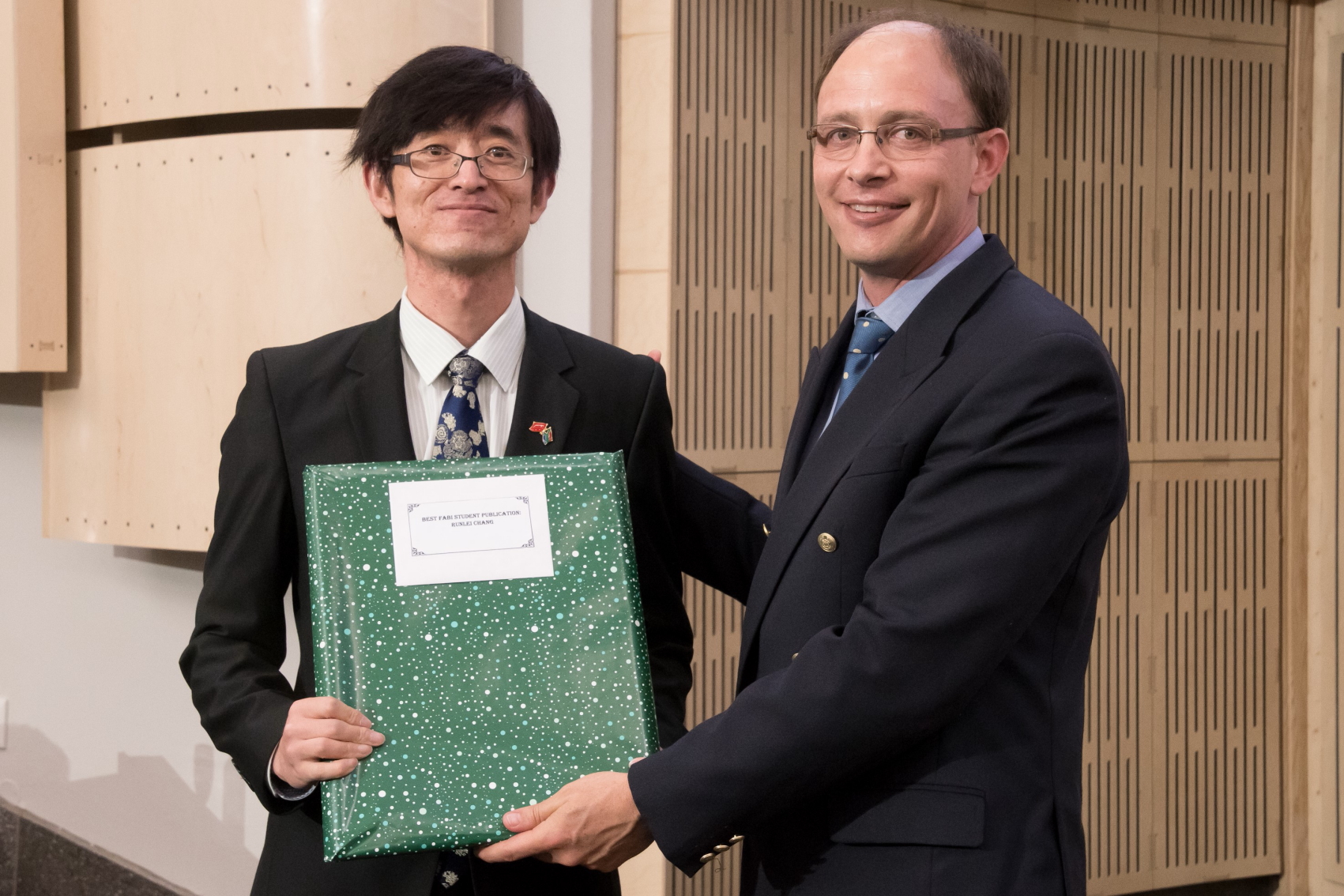 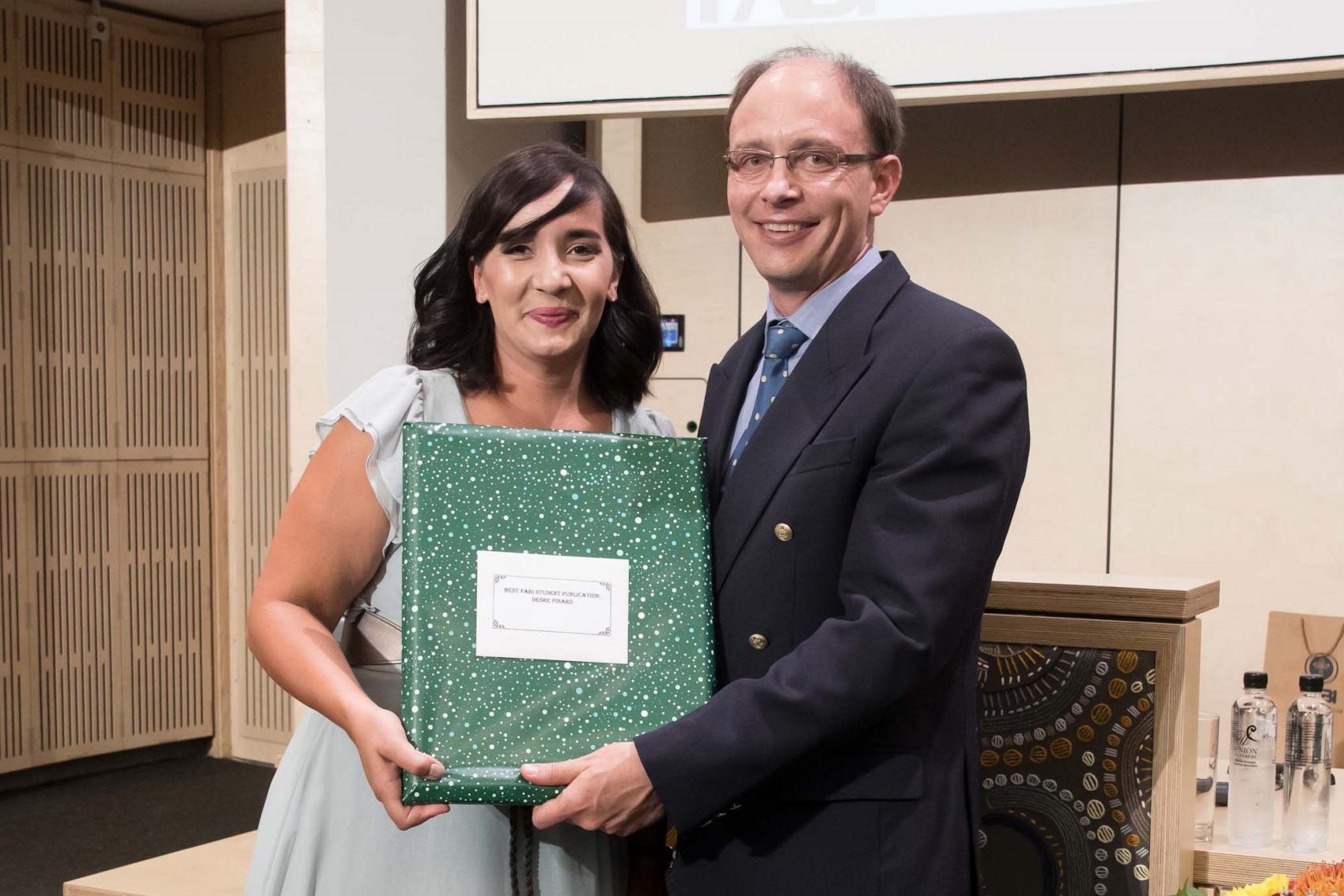 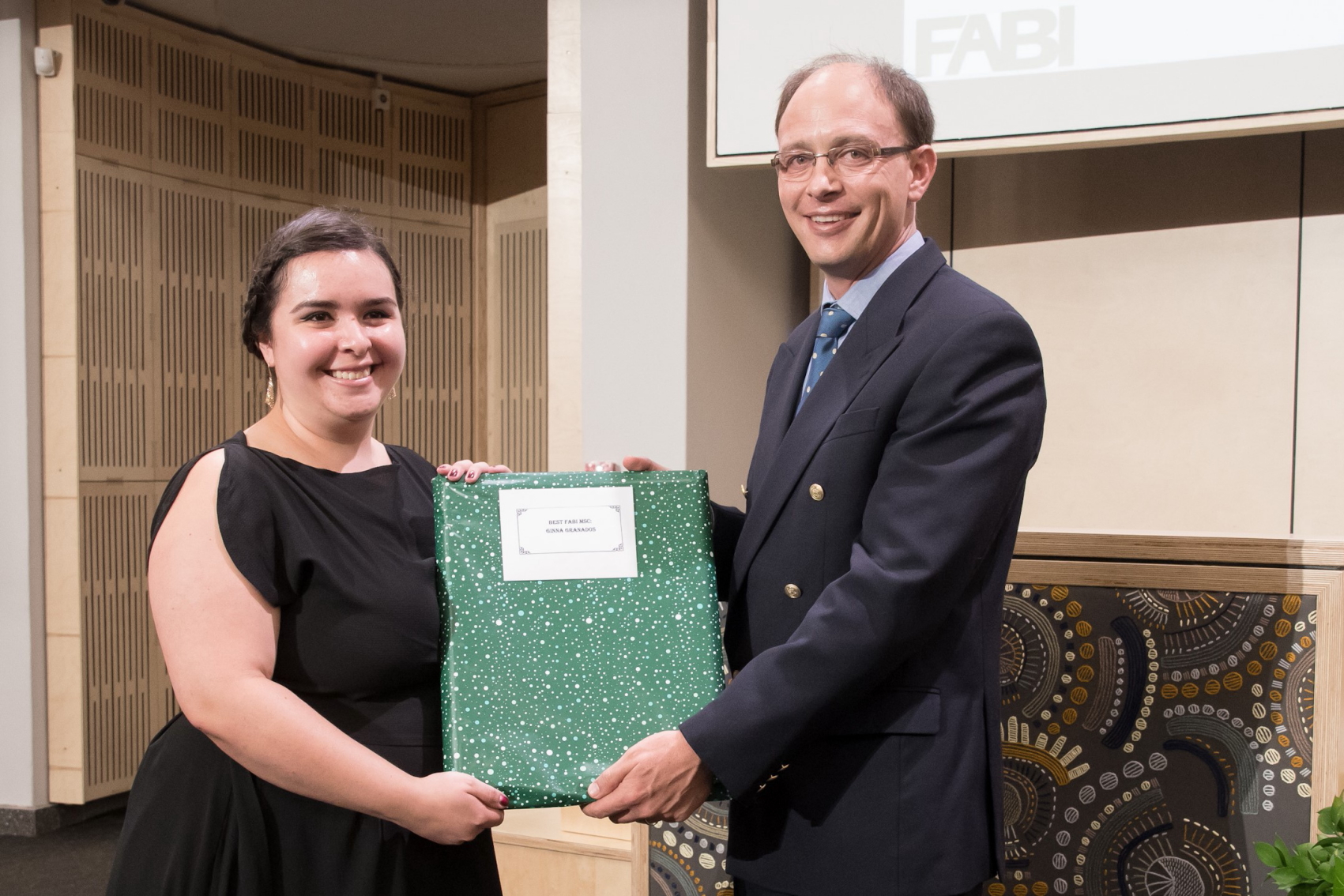 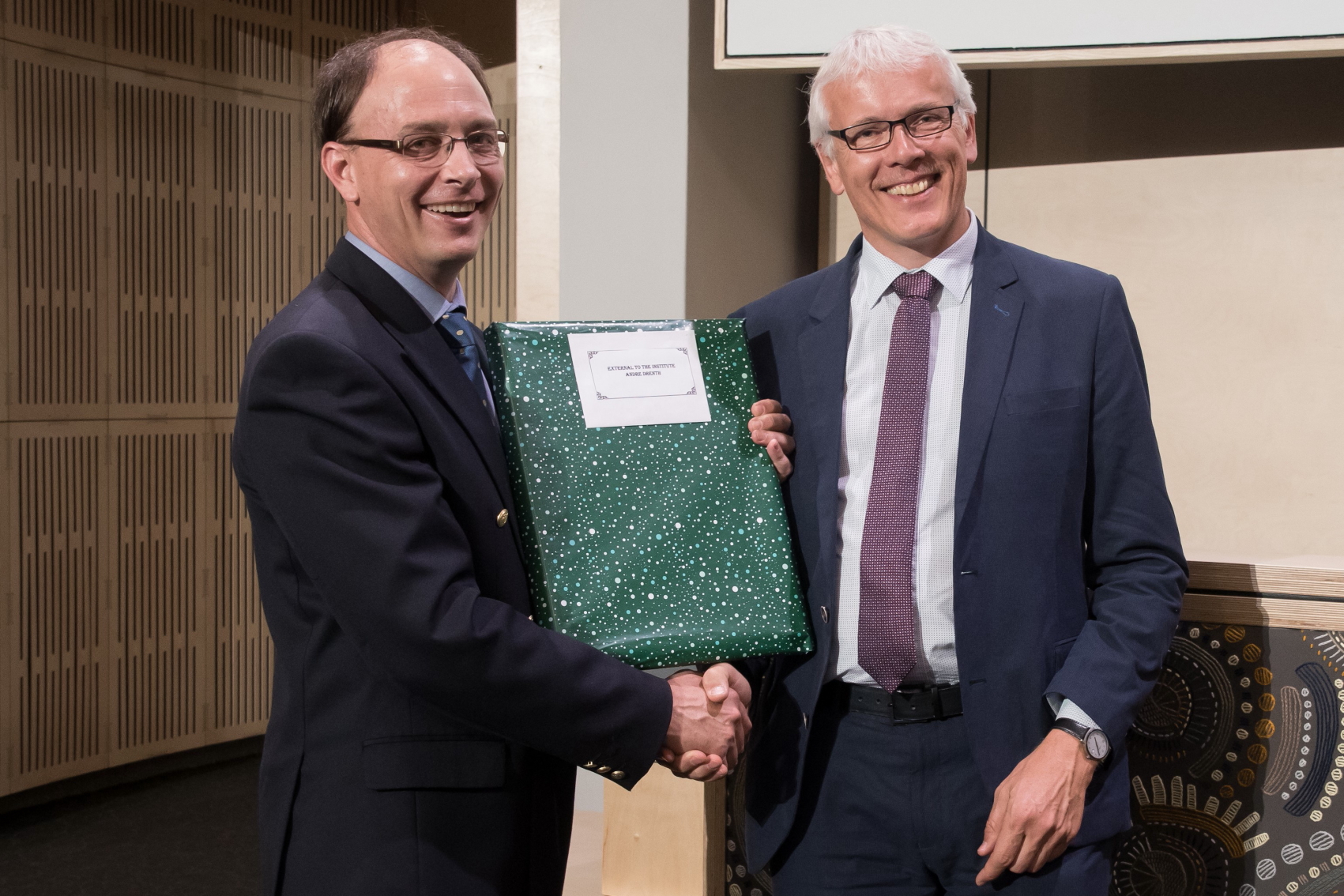 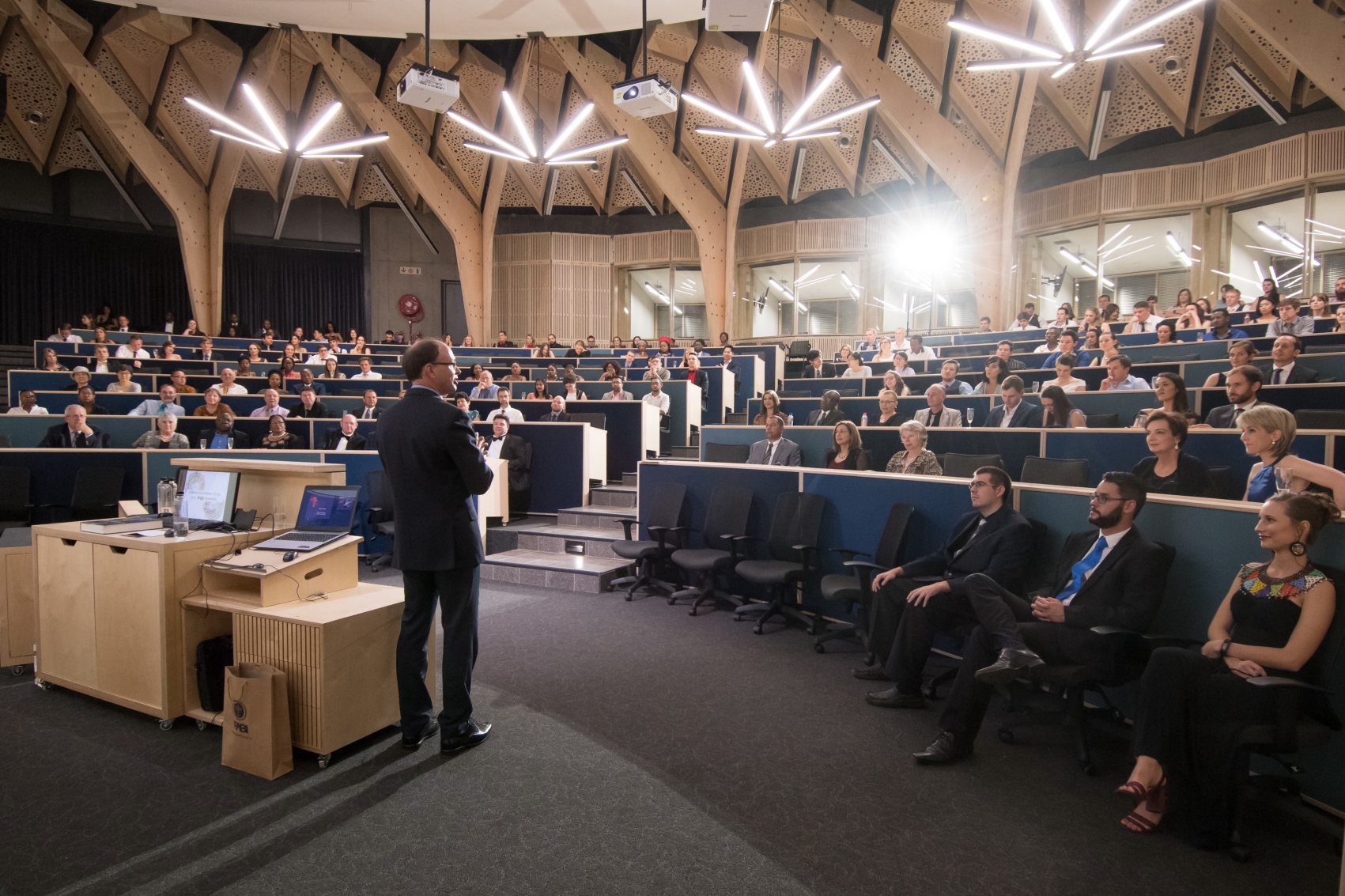 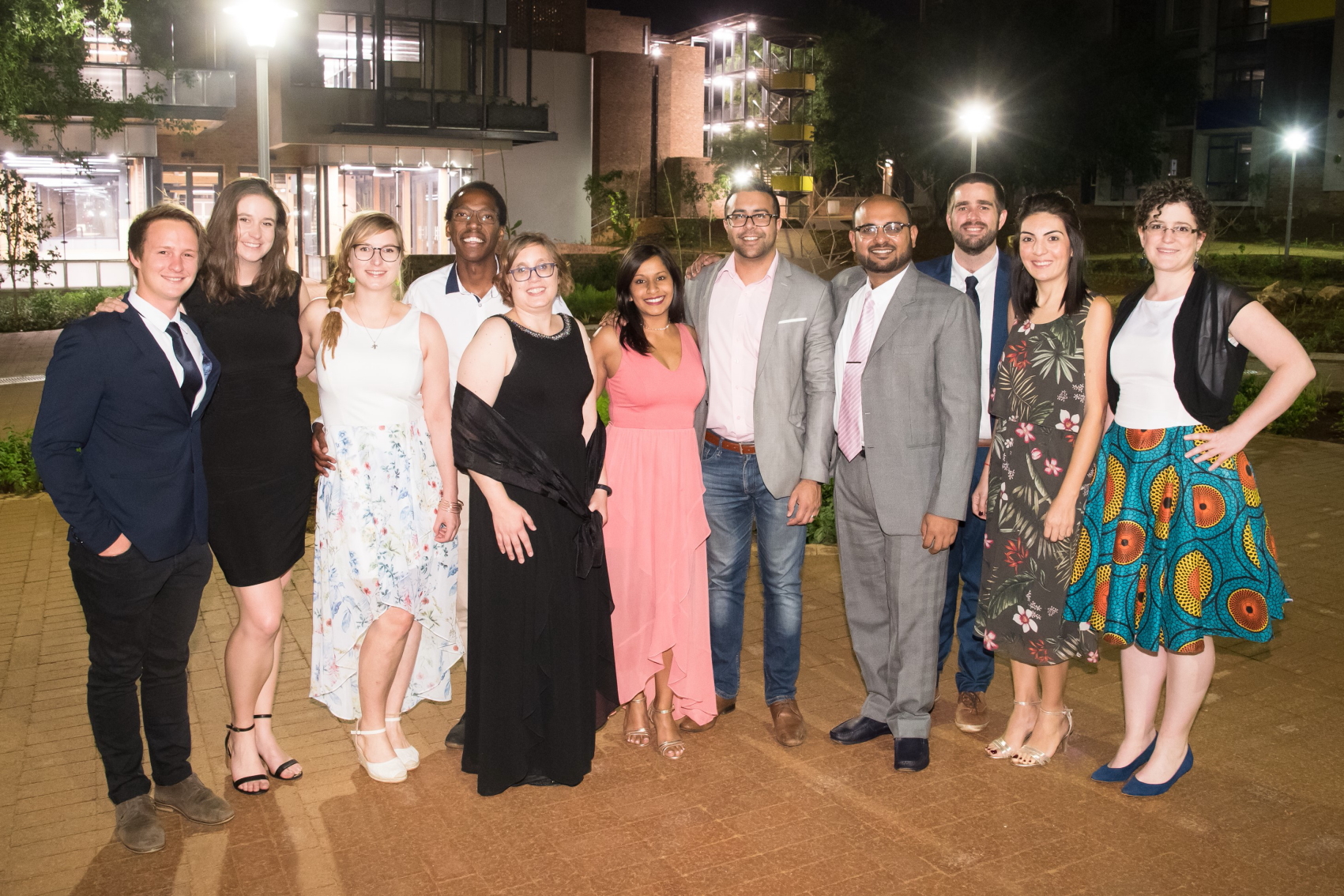 FABIans reflected on the gains of the year and looked forward to 2019 and beyond at the annual year-end function and awards ceremony on 17 November. Staff and students celebrated the night with their partners in industry and academia, including local and international collaborators, at Future Africa, a transdisciplinary campus of the University of Pretoria (UP).  Guests included outgoing Vice-Chancellor and Principal at UP, Professor Cheryl de la Rey, Vice-Principal for Research Postgraduate Education at UP, Prof Stephanie Burton, Prof Treena Burgess Murdoch University in Australia, Prof Lori Eckhardt of Auburn University in the USA, Prof Eddie Mwenje Vice-Chancellor at Bindura University of Science Education in Zimbabwe, Prof Andre Drenth from the University of Queensland and Extraordinary Prof Coert Geldenhuys of UP and University of Stellenbosch.

FABI Director Prof Bernard Slippers looked back on the value of new partnerships forged with industry bodies in South Africa and globally, as well as the stellar achievements of FABI researchers in 2018. Some of these, such as research on the polyphagous shothole borer, attracted significant media attention and acclaim. He also thanked the FABI team for their dedication to create a community that not only support excellence and impact of research, but also supported the members of this special community.

Prof Slippers introduced the audience to Chief Executive Officer of the African Institute of Mathematical Sciences (AIMS) and the Next Einstein Forum, Thierry Zomahoun, who delivered his address from Belgium via Skype.  Mr Zomahoun emphasised the need for African research institutions such as AIMS, FABI and ultimately Future Africa, to motivate for research driven by “intellectual curiosity”. This, he said, was key to pushing research in Africa to a level where the continent transformed scientifically, promoted innovation and stood on par with more developed nations. He warned that Africans would not be able to overcome some of their problems and challenges if they depended on technology and research from outside the continent. Mr Zomahoun said research and higher education institutions should strive to be “knowledge and innovation ecosystems”.

Looking back on the founding of FABI 20 years ago, Prof de la Rey commended the Institute on being an “experiment that worked” and was replicated many times at UP.

The evening was also dedicated to celebrating those who contributed to excellence at FABI. The premium FABIan of the Year award went to PhD student Danielle Roodt Prinsloo.

The following people were honoured in various categories:

Recognising contributions by a person external to the Institute: Prof. Andre Drenth, University of Queensland.

Recognising contributions by a staff member of the University of Pretoria: Honest Maqwara, Accountant in the Faculty of Natural and Agricultural Sciences and IT Director & CIO: Information Technology Services at UP, Xolani Hadebe.