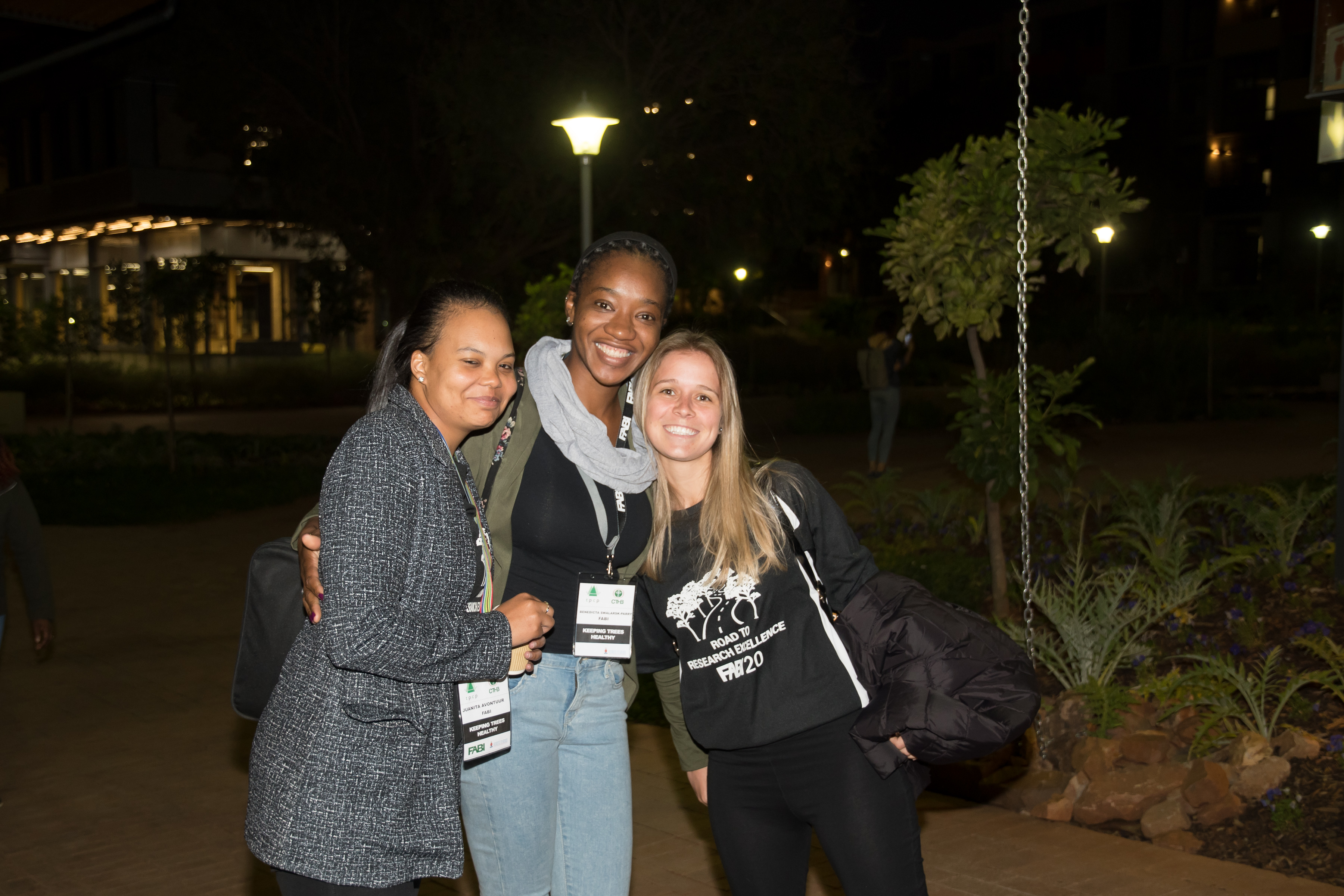 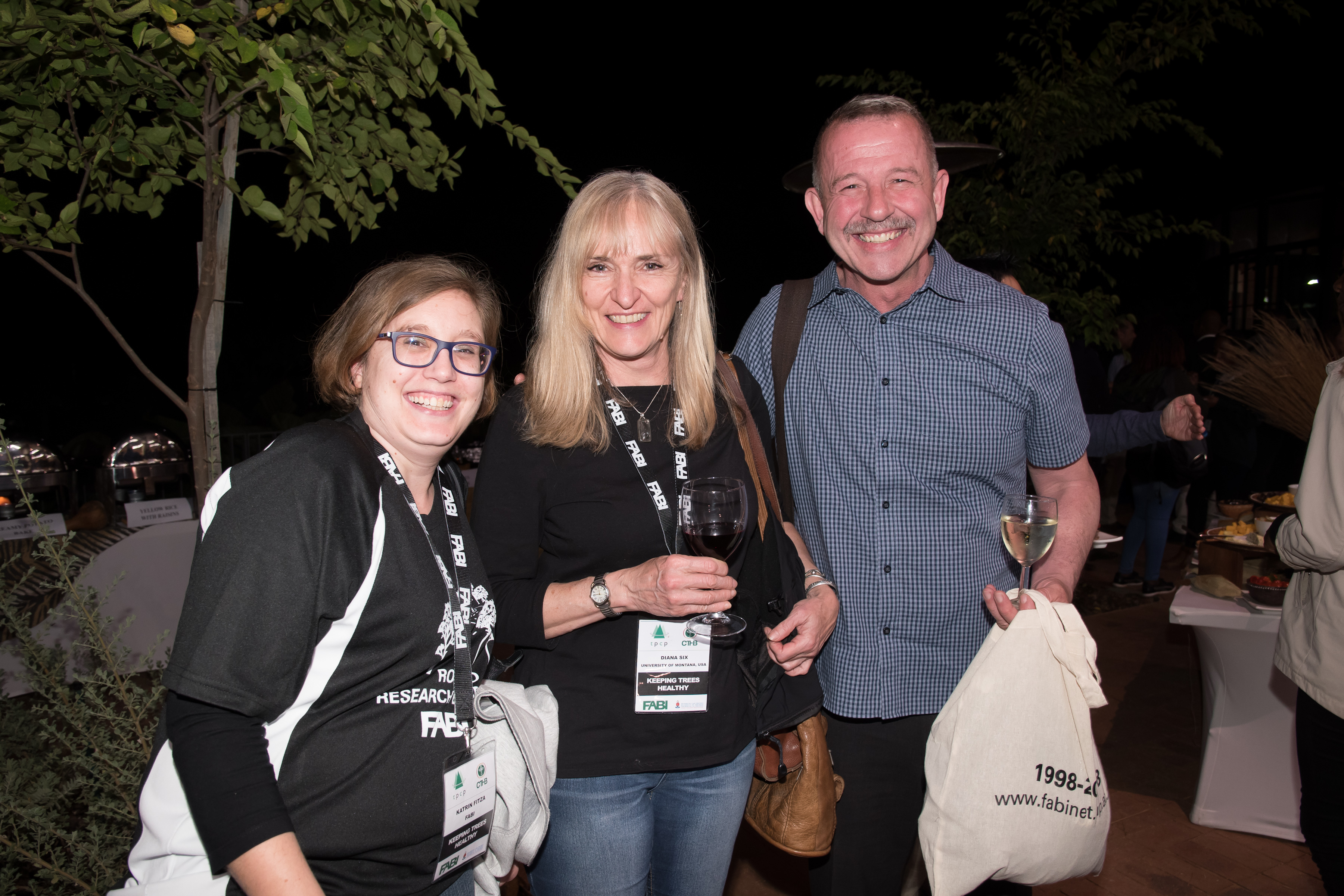 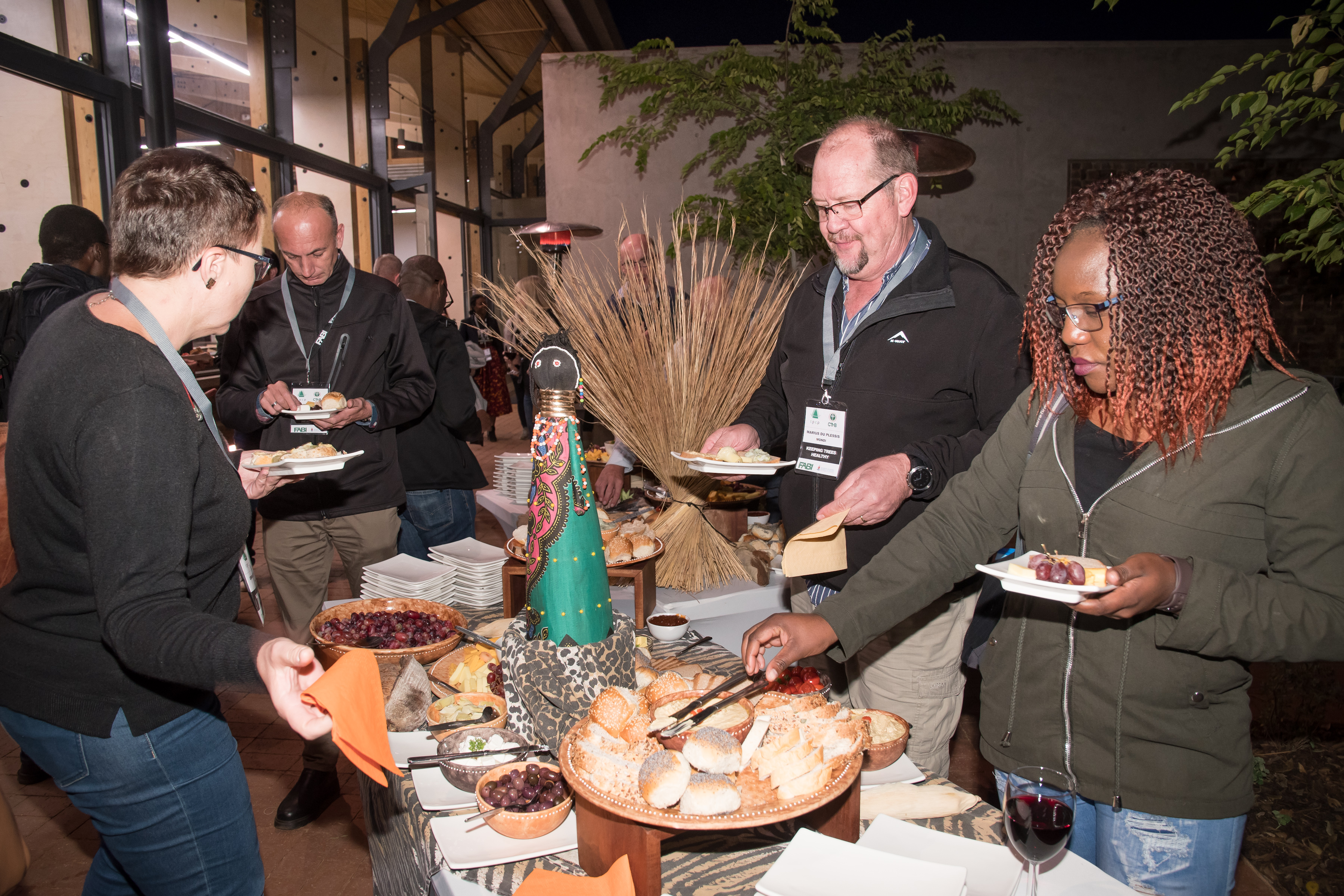 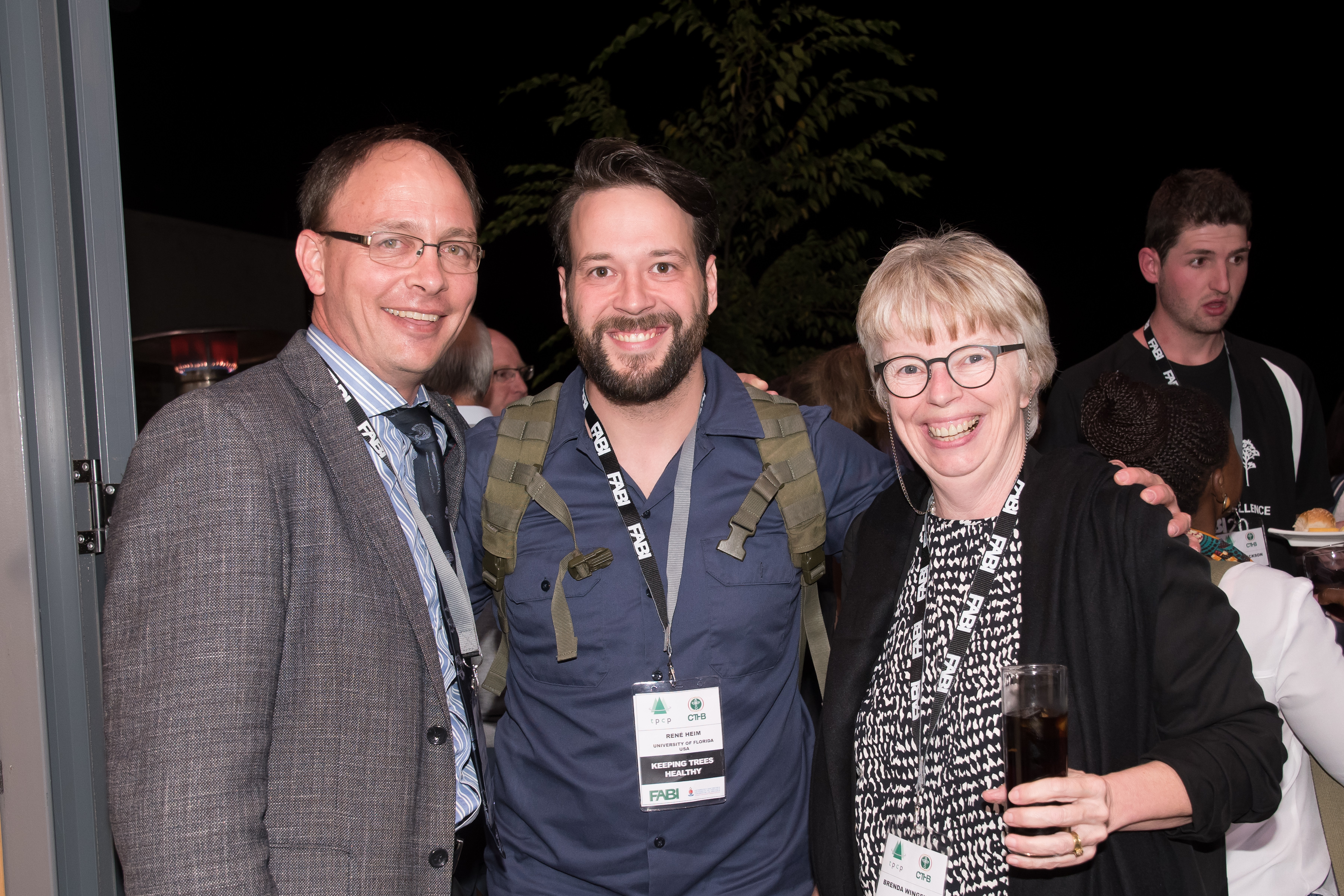 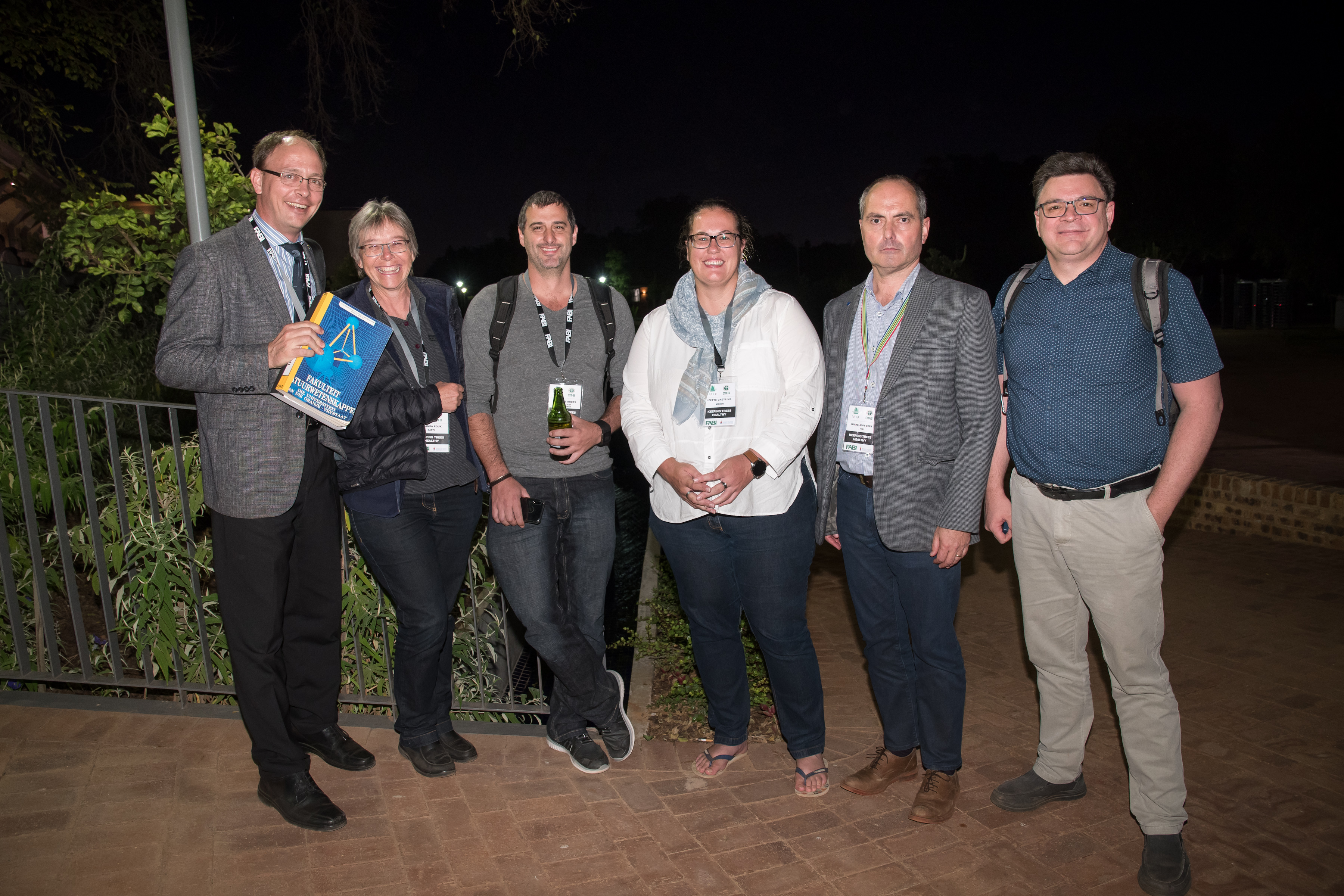 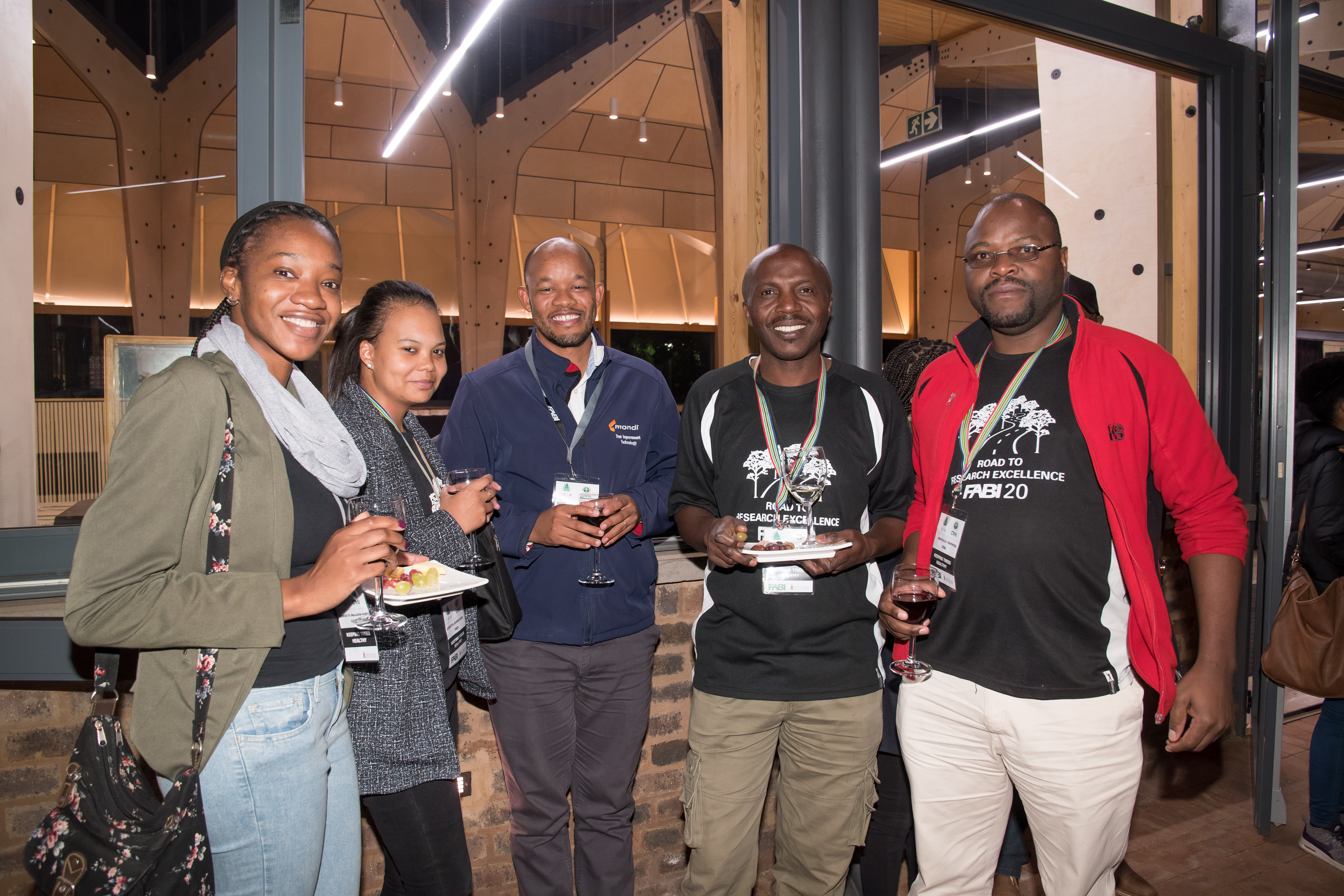 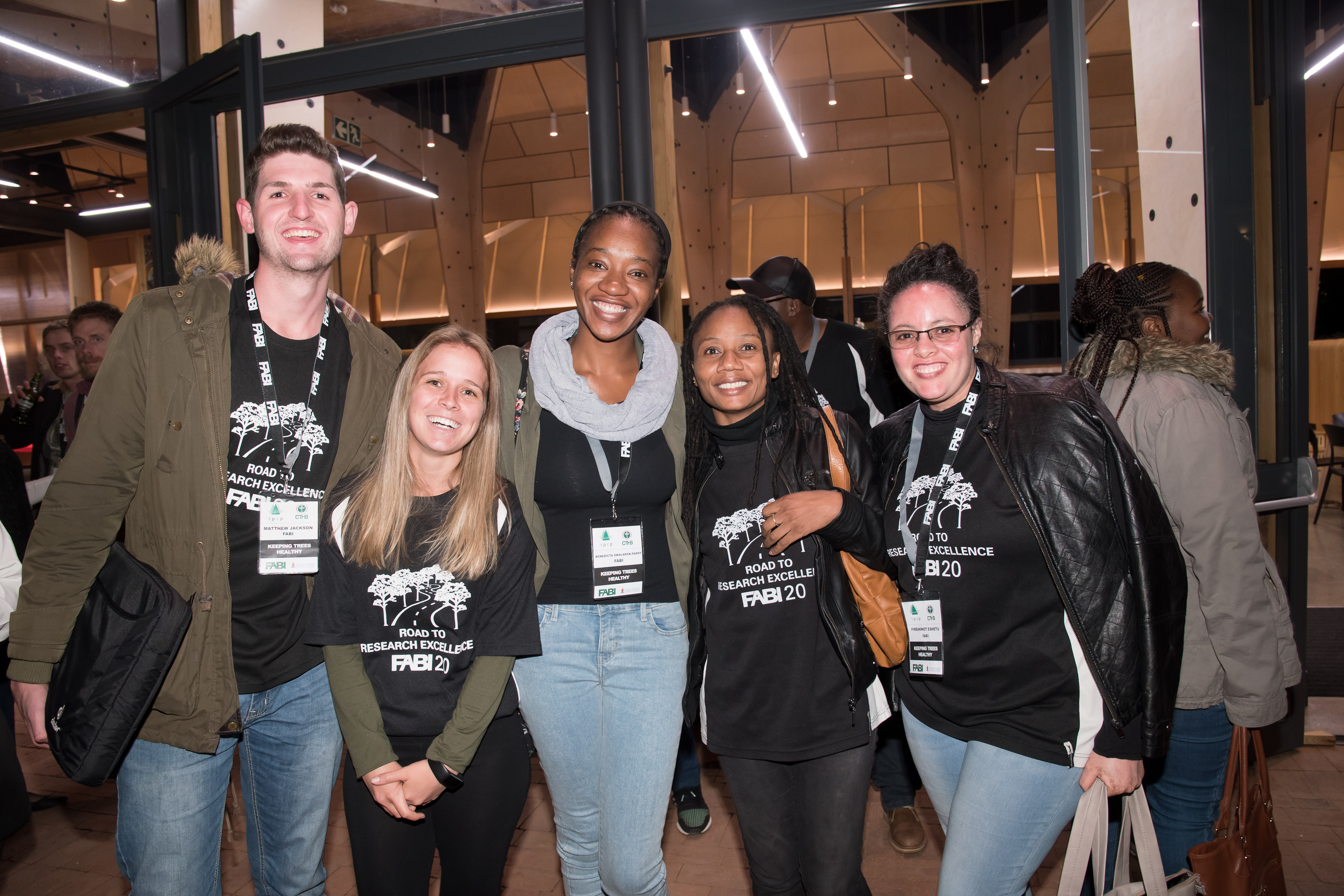 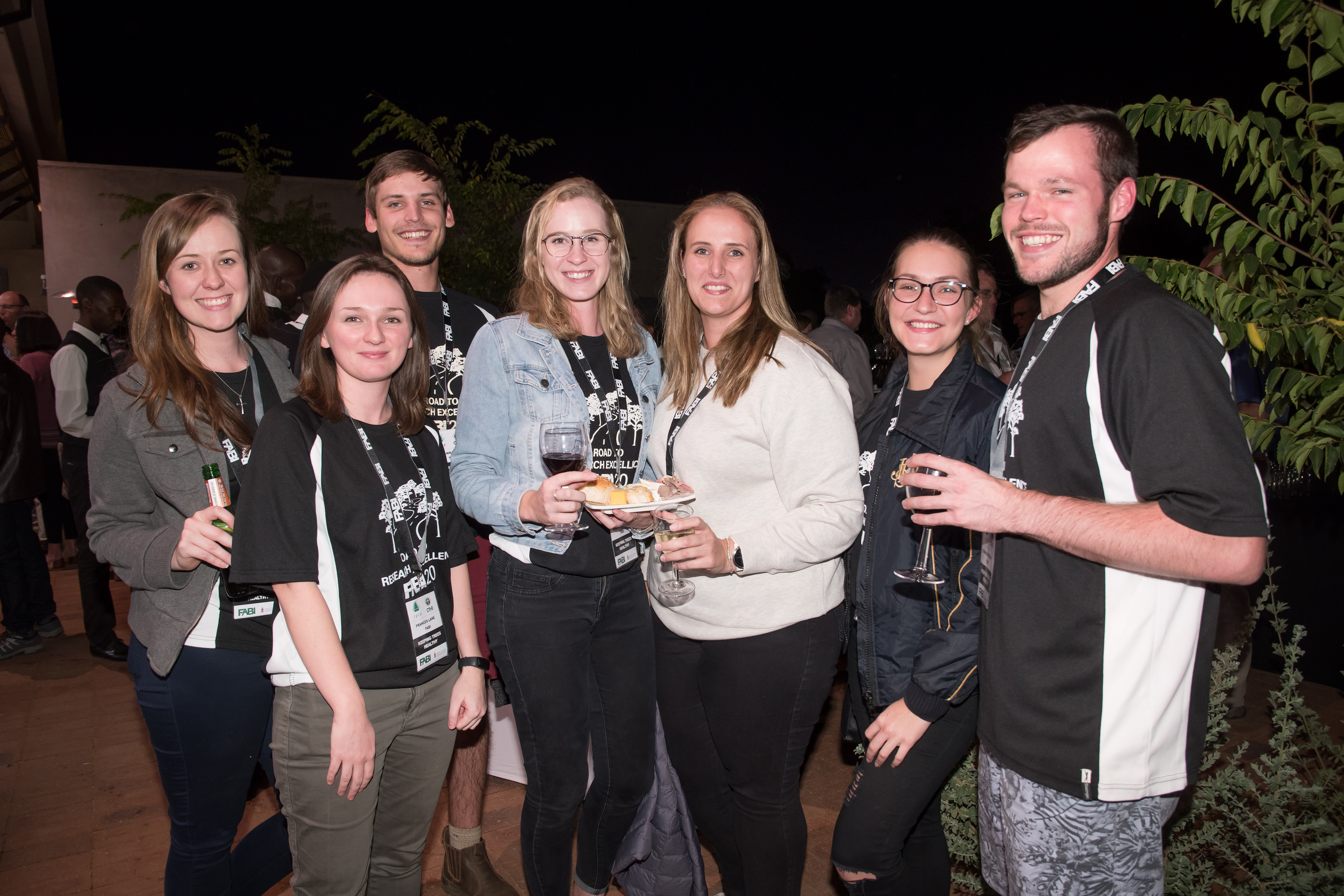 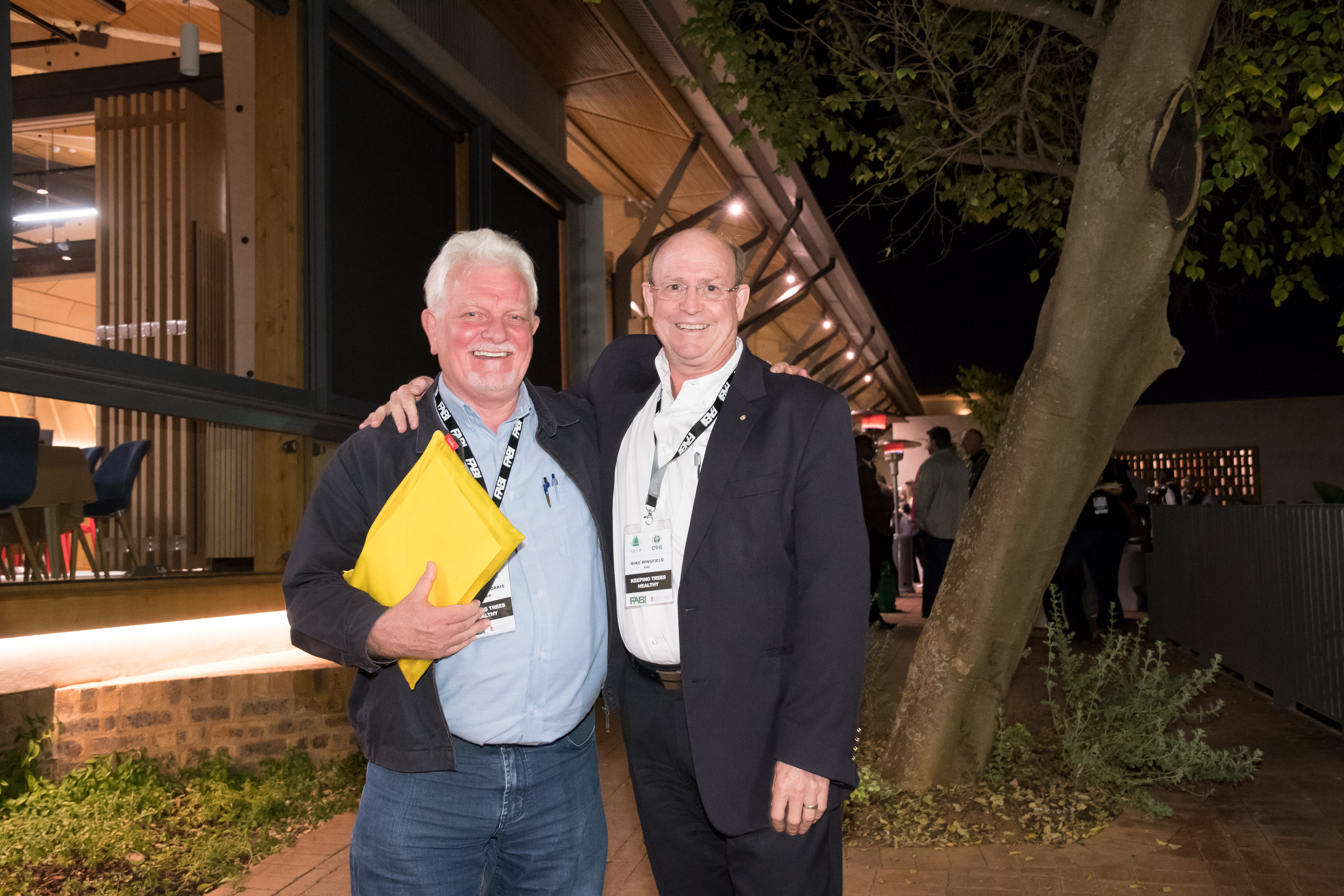 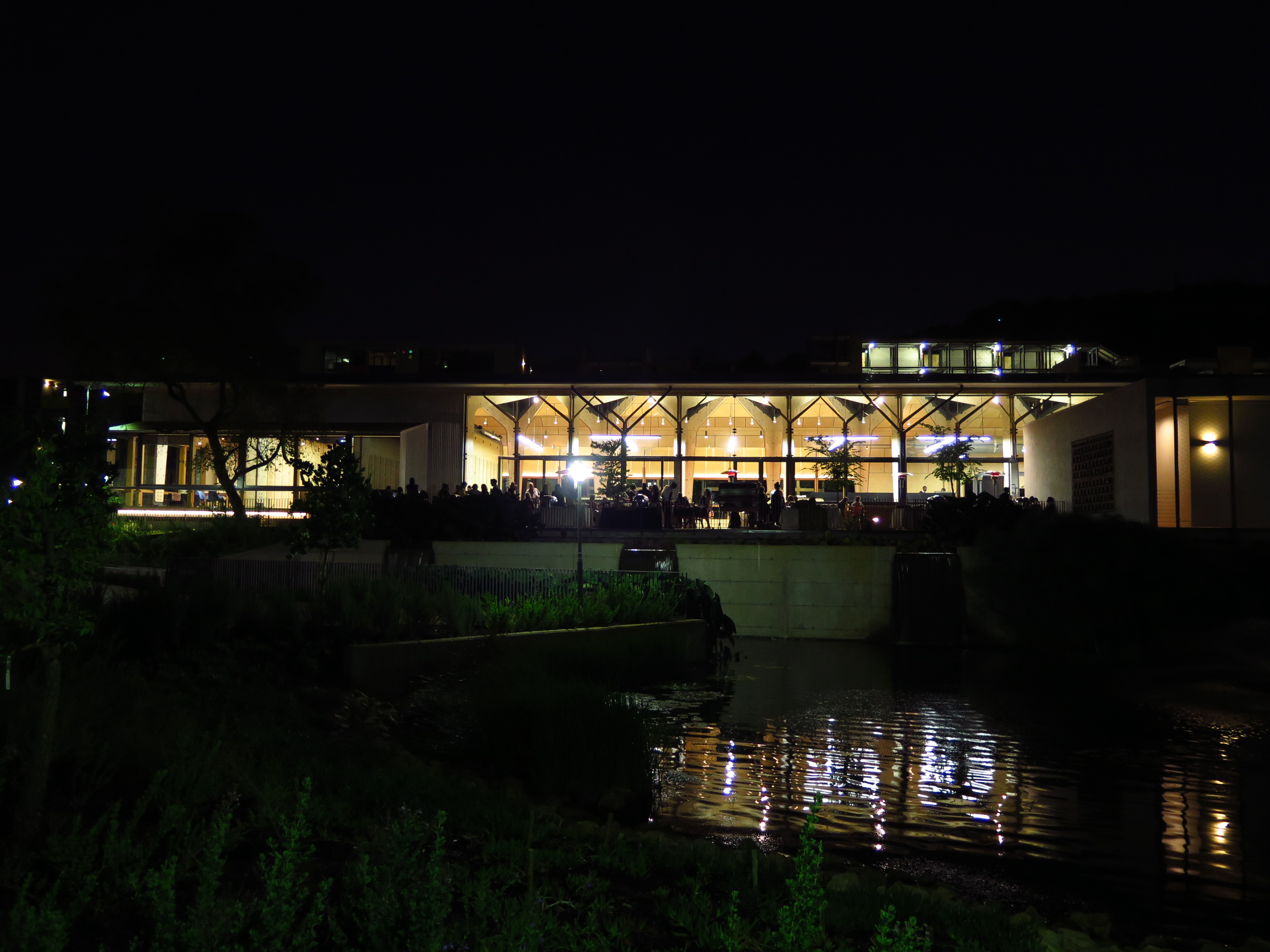 The DST-NRF Centre of Excellence in Tree Health Biotechnology (CTHB) hosted its 15th annual meeting at the University of Pretoria’s Future Africa campus on 13 May, setting the scene for three days dedicated to discussions on tree health matters. Presentations on the day highlighted CTHB-funded research, primarily on indigenous tree health, done by postdoctoral fellows and students from various institutions linked to the Centre of Excellence.

FABI Director, Prof. Bernard Slippers, opened the day’s proceedings describing his vision for the future of the CTHB in years to come. According to the current proposal the CTHB will expand its focus from 2020 onwards to agricultural crops of social and economic importance to the African continent, building on the foundation it has laid over the years. CTHB Director Prof. Emma Steenkamp welcomed guests, which included members of the CTHB’s Board and Steering Committee.

Keynote speaker, Prof. Diana Six of the University of Montana in the US, kicked off the presentations with “The ecological stoichiometry of mutualism and antagonism in bark beetle-fungi symbiosis”, focusing on the ecosystem of Dendroctonus brevicomis (the Western pine beetle) and its fungal symbiont.

Two presenters shared insights on Teratosphaeria pathogens of Eucalyptus species. Postdoctoral fellow Dr Janneke Aylward discussed her study on the genomes of five Teratosphaeria species in her presentation “Unravelling the biology of Teratosphaeria leaf and stem pathogens with genome data”. PhD student Minette Havenga discussed preliminary results from her study of Teratosphaeria destructans populations from Southeast Asia and South Africa (SA) in her talk “Teratosphaeria destructans: genomes, mating types and global populations. What do we know thus far?” Her results suggest that there had been limited introductions of T. destructans in SA and that at present, sexual reproduction cannot occur within this population. This might change if another mating type of the fungus is introduced into the country.

Nombuso Ngubane, a CTHB PhD student, based at the University of Stellenbosch, discussed the role that geography, host identity, host phylogeny and habitat type play in shaping fungal communities on Olive species in her talk “Endophyte communities within Olive species in the Core Cape Subregion”.

FABI PhD student, Joey Hulbert, shared insights on Phytophthora multivora, a pathogen widely distributed in South Africa, including the Cape floristic region with its unique fynbos. He said the pathogen was “found more frequently than Phytophthora cinnamomi” and questioned whether it had contributed to the diversity of the plants in the region. Joey found that there was more genetic diversity of the pathogen in South Africa, which could point to the country as its centre of origin. He also found other Phytophthora species that were closely related to P. multivora, which hint at a common ancestor.

Modjadji Makwela, an MSc student at FABI, isolated a potentially new Ceratobasidium species from the roots of an endangered indigenous orchid species, Habenaria barbetonii. She discussed this and mycorrhizal fungi associated with the species in her presentation “Fungal diversity associated with roots of the South African orchid, Habenaria barbetonii”. The role of this Ceratobasidium species in stimulating seed germination and promoting plant growth was however still unclear, Modjadji said.

MSc student at the University of Venda, Polly Thaphathi, identified species in the Botryosphaeriaceae as potential causal agents of branch dieback on Ziziphus mucronata in three sites in the Limpopo province. His talk was titled “Diversity of fungi associated with branch dieback of Ziziphus mucronata in Limpopo Province”. Other fungal families he isolated included Diaporthaceae, Valsaceae, Nectriaceae, Pleosporaceae and Didymellaceae.

Stellenbosch PhD student, Darryn Whisgary, presented “Rhizosphere-plant-microbe interactions during P deficiency in the tree legume Virgilia”. He described how during Phosphorus-deficiency, Burkholderia bacteria store nitrogen as amino acids and ureides. This may be a strategy for these organisms to survive in phosphorus-deficient soils in the Western Cape, he said.