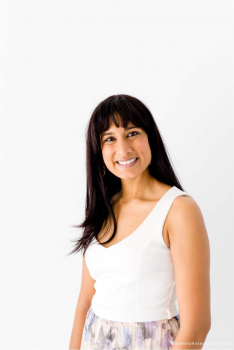 I became part of the fabulous FABI family in 2008 as part of my honours project. The research aspect of my honours project focused on the alteration of gene expression associated with the plant defence response activated during an incompatible reaction. The interaction investigated in this study involved the bacterial pathogen Ralstonia solanaceraum isolate CK and the Arabidopsis thaliana ecotype Killean (Kil-0). Microarray technology in conjunction with SSH screening was utilized to address the research question. Involvement of the cell wall strengthening genes as well as their association with the salicylic acid signalling pathway was revealed in this research.  Differentially expressed genes discovered in this study can be used as candidates for further analysis in natural hosts of this pathogen such as the Eucalyptus species.

In 2011 I completed my MSc: Genetics under the supervision of Dr Sanushka Naidoo. This project is aimed at enhancing the defence system of Eucalyptus by focusing on the signalling pathways which are well understood in A. thaliana. However in order for one to enhance the defence in Eucalyptus against various pathogens, these pathways need to be elucidated in this valuable tree. In A. thaliana there exist well characterized marker genes for the different signalling pathways and a step in revealing these pathways in Eucalyptus would be to uncover the various marker genes. This was done using a bioinformatics approach utilizing the Eucalyptus genome. Once identified, the expression of these marker genes was profiled under various concentrations of these hormones and the change in expression over a period of time was investigated. To test the hypothesis that these marker genes can be diagnostic to pathogen invasion, the putative genes were analysed in tress challenged with the fungal pathogen Chrysoporthe austroafricana.

Currently I am completing my PhD: Biotechnology by further investigating the defence response of eucalypts. In this project we will exploit the E. grandis and Chrysoporthe austroafricana pathosystem to identify a suite of candidates responsive to this fungus in Eucalyptus. This will be done using transcriptome profiling via RNA-seq and selecting candidates to elucidate further with functional analyses.