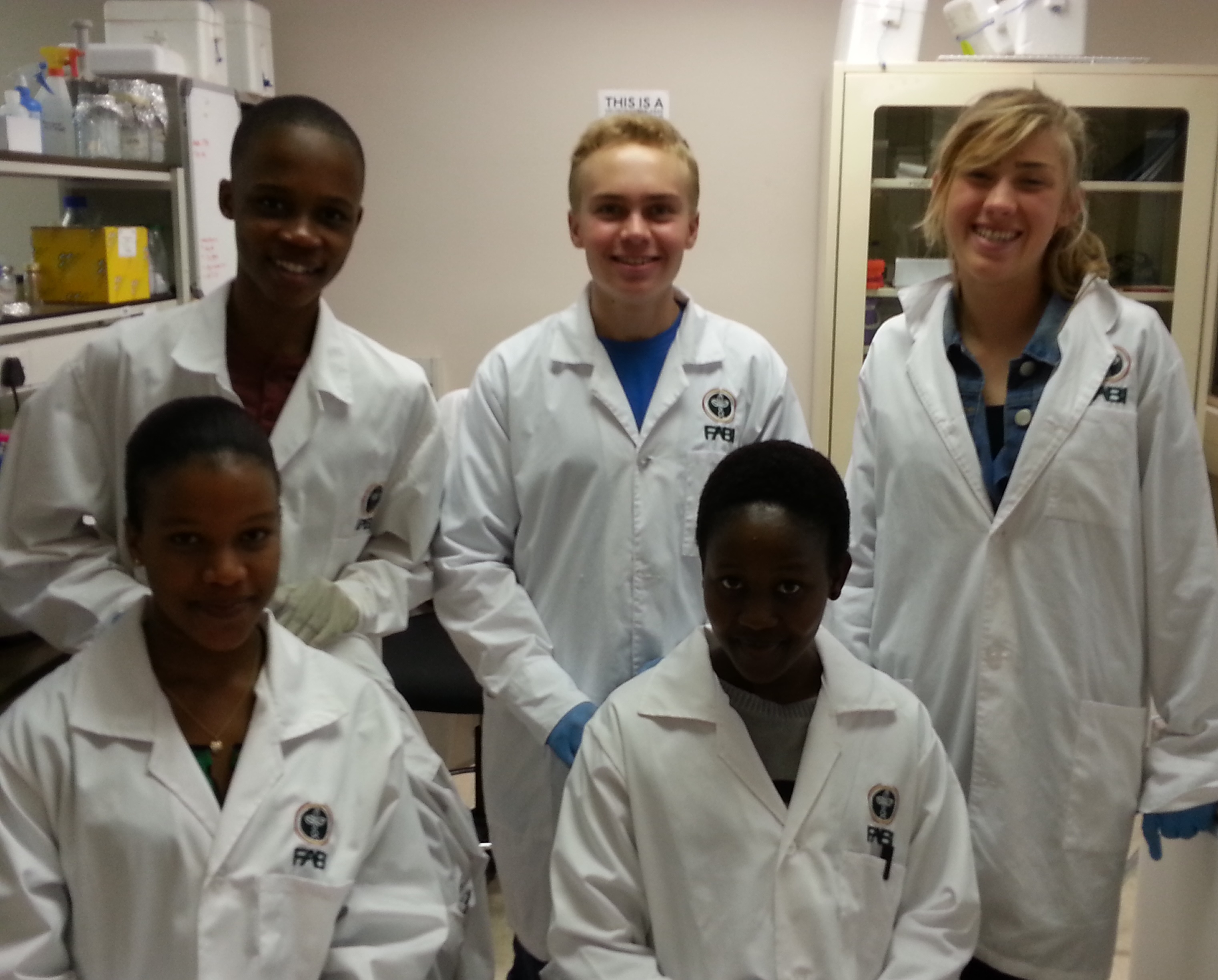 UP with Science – What did your steak have for lunch?

This year the annual science enrichment program, UP with Science, that takes place during the winter school holidays, was a great success. The program is part of JuniorTukkie and based at Sci-Enza under the management of Ms. Helga Nordhoff. Every year learners from Grades 10 to 12 are selected to participate in the program. The program provides the learners with the opportunity to increase their knowledge and skills in science by completing a mini-research project in one of the departments within the Faculty of Natural and Agricultural Sciences.

The Plant Science Department hosted one of the projects entitled, “What did your steak have for lunch?”, and several postgraduate students paticipated in the project. This project was based on the controversial topic of GMO food in South Africa and the labelling thereof. Learners extracted DNA from different commercial soy-based products (some labelled GMO free and others not) and screened for the presence of genetically modified soy (Roundup Ready®) in the various products using primer sets specific to the cp4-epsps gene (Glyphosate resistance gene) and to the 35S promoter region. The results were then compared to the labels of the various food products. DNA was also extracted from general animal feed (containing genetically modified soy) and commercial steak. This was to experimentally show the students that there is no gene transfer from the genetically modified feed to the cattle and thus secondary food products.

The conclusion at the end of the project was that GMO food is a reality and a dire need in the world to feed all the hungry people. According to the United Nations Food and Agricultural Organisation the number of starving people in Africa is rising by 2% annually. No matter on which side you are of the GMO debate, the fact of the matter is that the growing population needs food at affordable prices in order to ensure food security. Could public education on GMO food crops be the solution for a starving nation?

The project was led by Johan Liversage and his team at the Plant Science Department, that consisted of Ncobile Kunene, Kirsty Botha, Molly Malefo, Tintswalo Maluleke and Tshepang Khahlu.