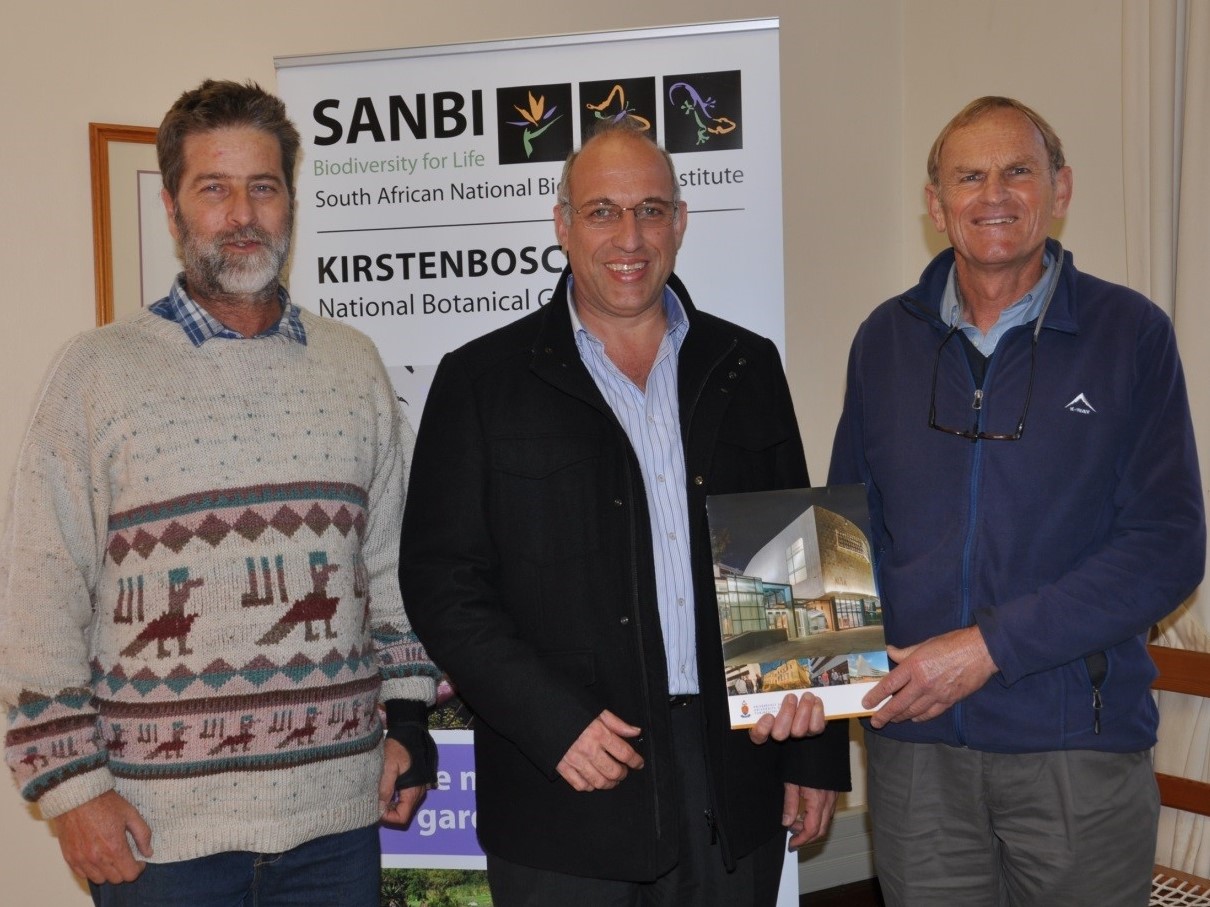 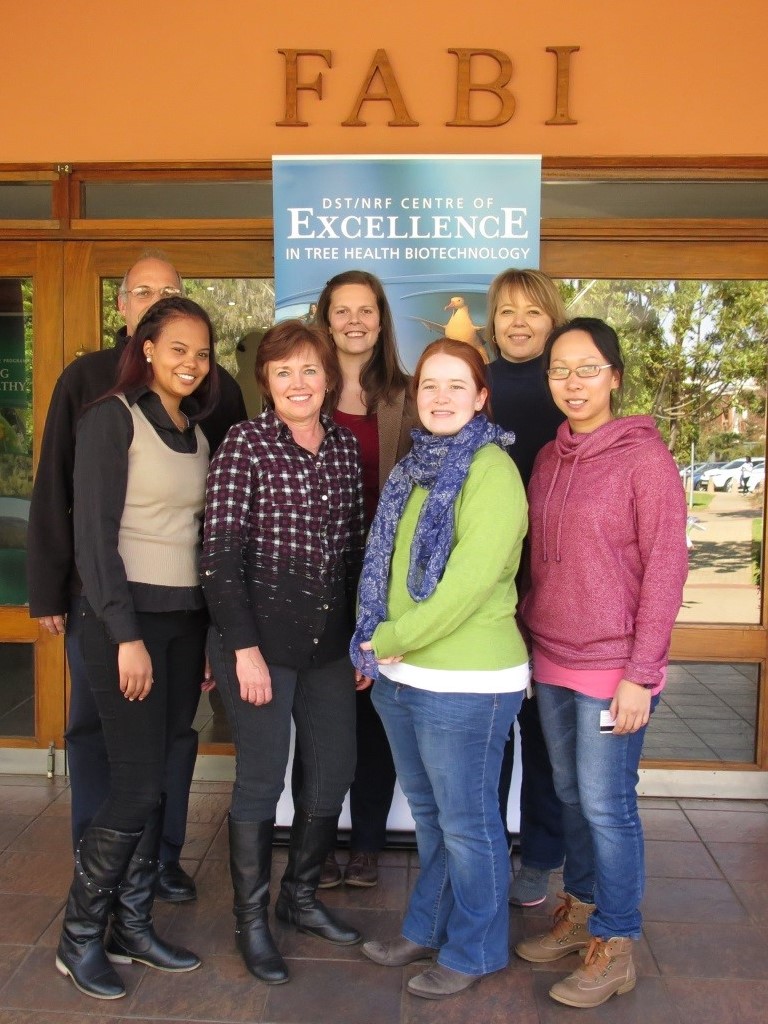 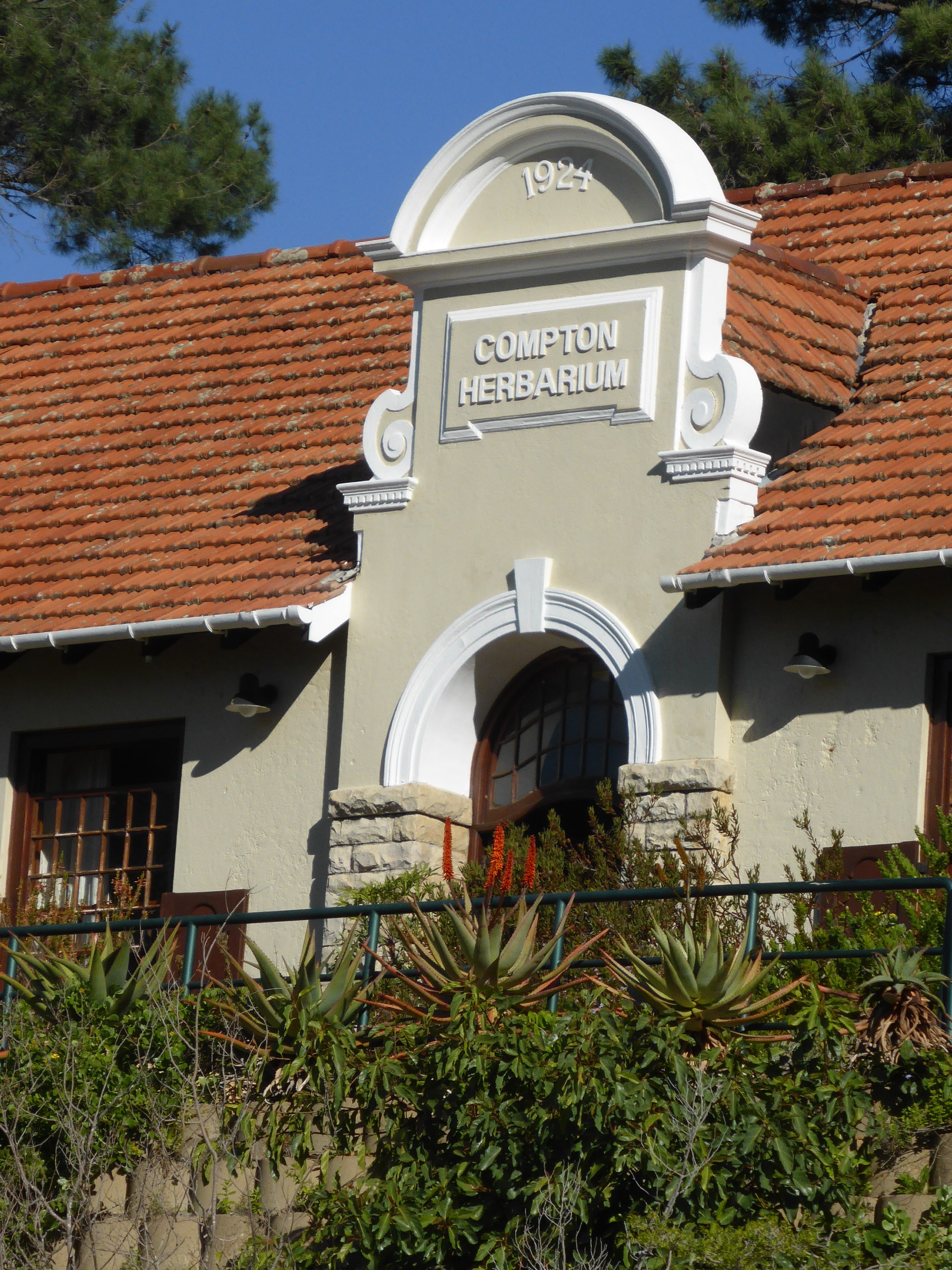 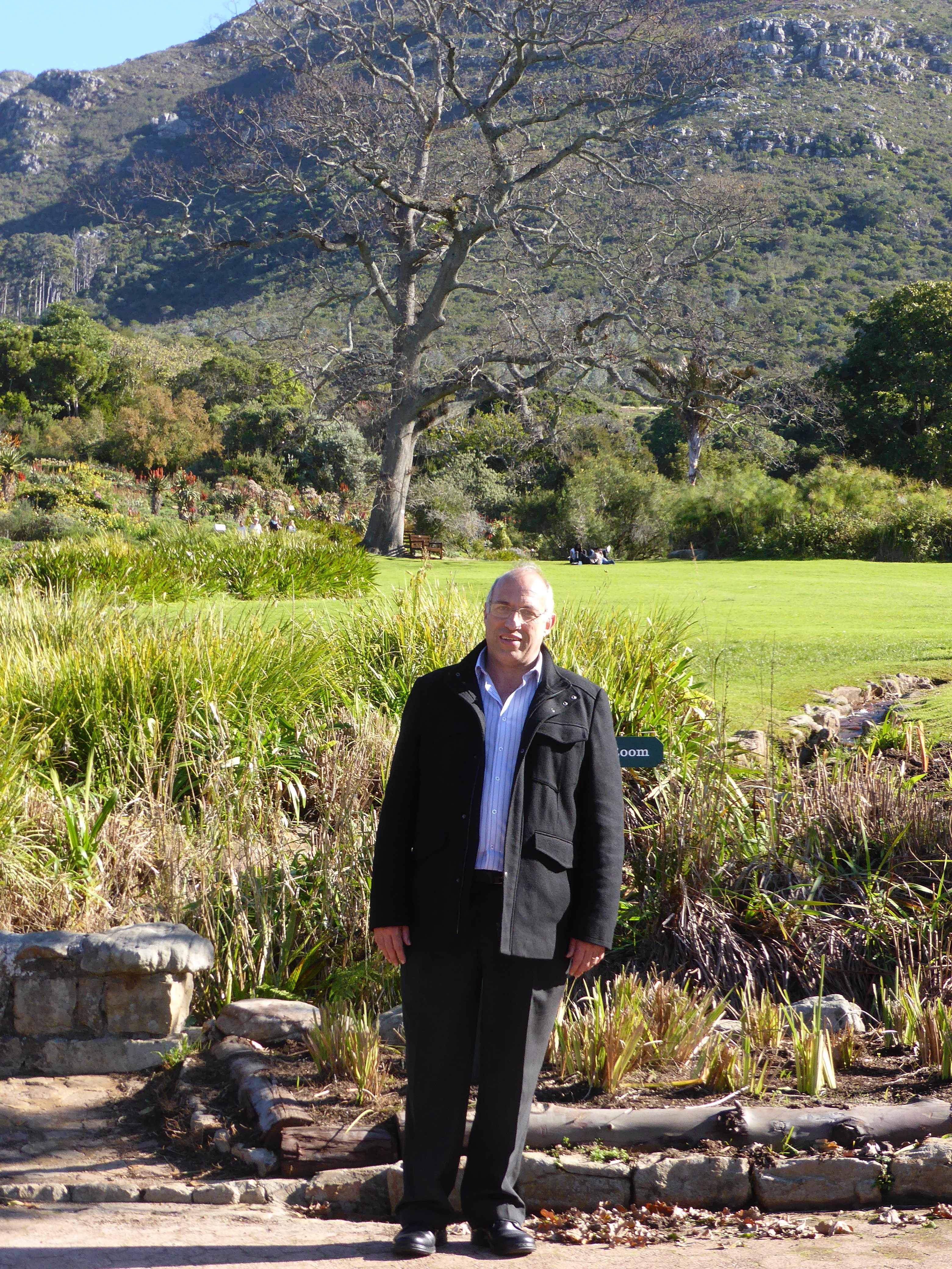 On 7 July Anthony Hitchcock, Nursery, Living Collections and Threatened Species Manager at Kirstenbosch National Botanical Garden, hosted a small function where Prof. Fanus Venter (DST-NRF CTHB / Department of Microbiology and Plant Pathology) had the opportunity to hand over a copy of a publication in which a new bacterial species was named after the gardens. The curator of the gardens, Philip le Roux, received the publication on behalf of Kirstenbosch. The function was held at the Garden office (The old Crampton Herbarium Building) and was attended by various SANBI staff members stationed at the gardens as well as researchers from the University of Cape Town and the University of the Western Cape, who also study bacterial legume interactions.

At the function Prof. Venter mentioned that several Burkholderia species are known to nodulate indigenous legumes from the Cape Floristic Region (CFR) and that Kirstenbosch is the institution best representing the CFR diversity. The research team therefore named the first of the Burkholderia species (recently renamed as Paraburkholderia) they described from this region, Burkholderia kirstenboschensis. This was done in honour of the work done at the gardens to preserve the biodiversity of the CFR.

Five of the isolates representing this new species were collected from Virgilia oroboides growing in Kirstenbosch. These bacteria live in a mutualistic relationship with certain legumes and are responsible for providing the plant with fixed nitrogen obtained from the atmosphere. It is believed to be the first bacterium and second organism to be named after the gardens. The publication, with Prof. Emma Steenkamp as first author, was the combined effort of several CTHB students and staff as well as Francina Phalane, their collaborator at the ARC.

The article was published in the December 2015 issues of the journal Systematic and Applied Microbiology: