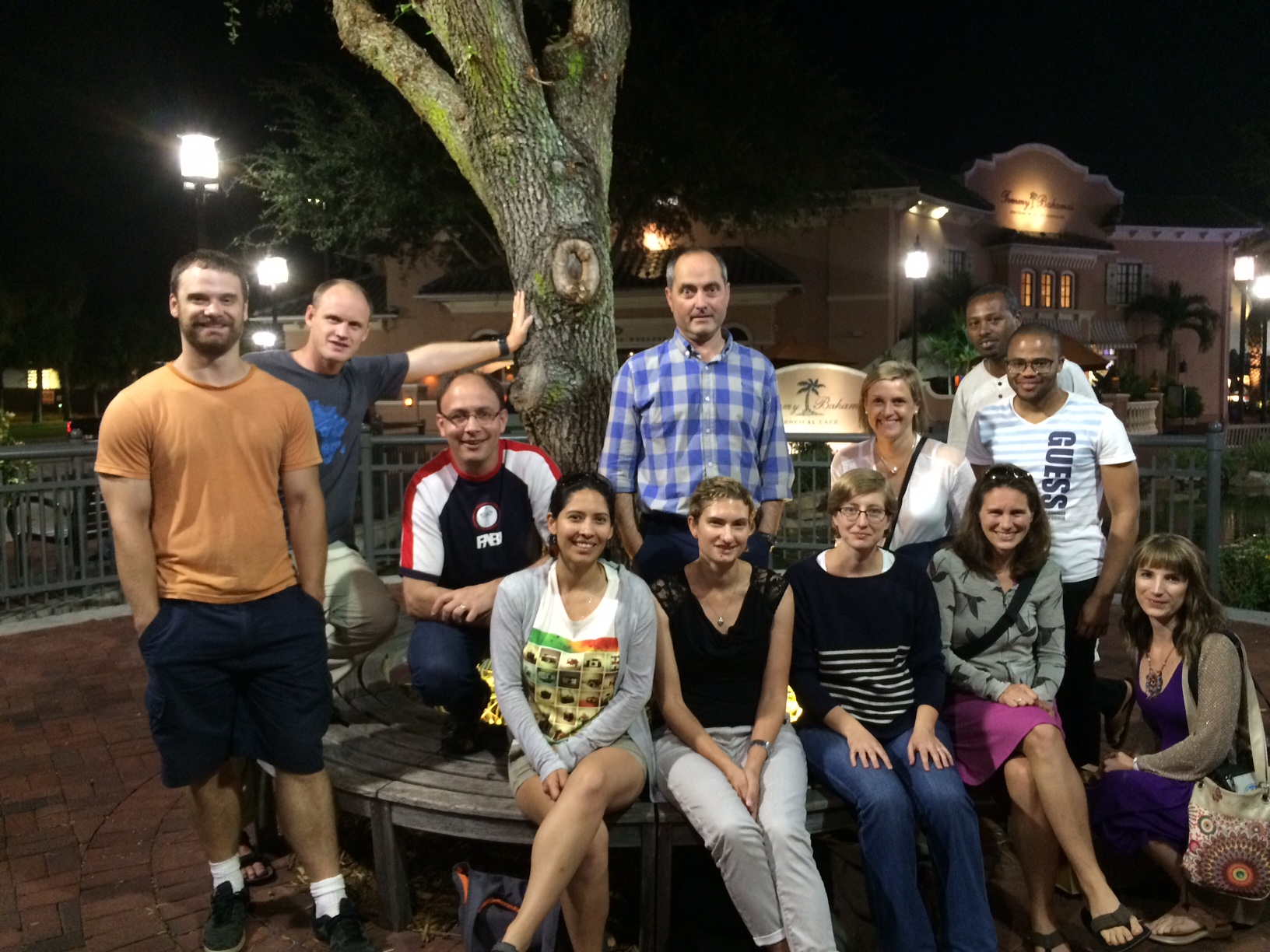 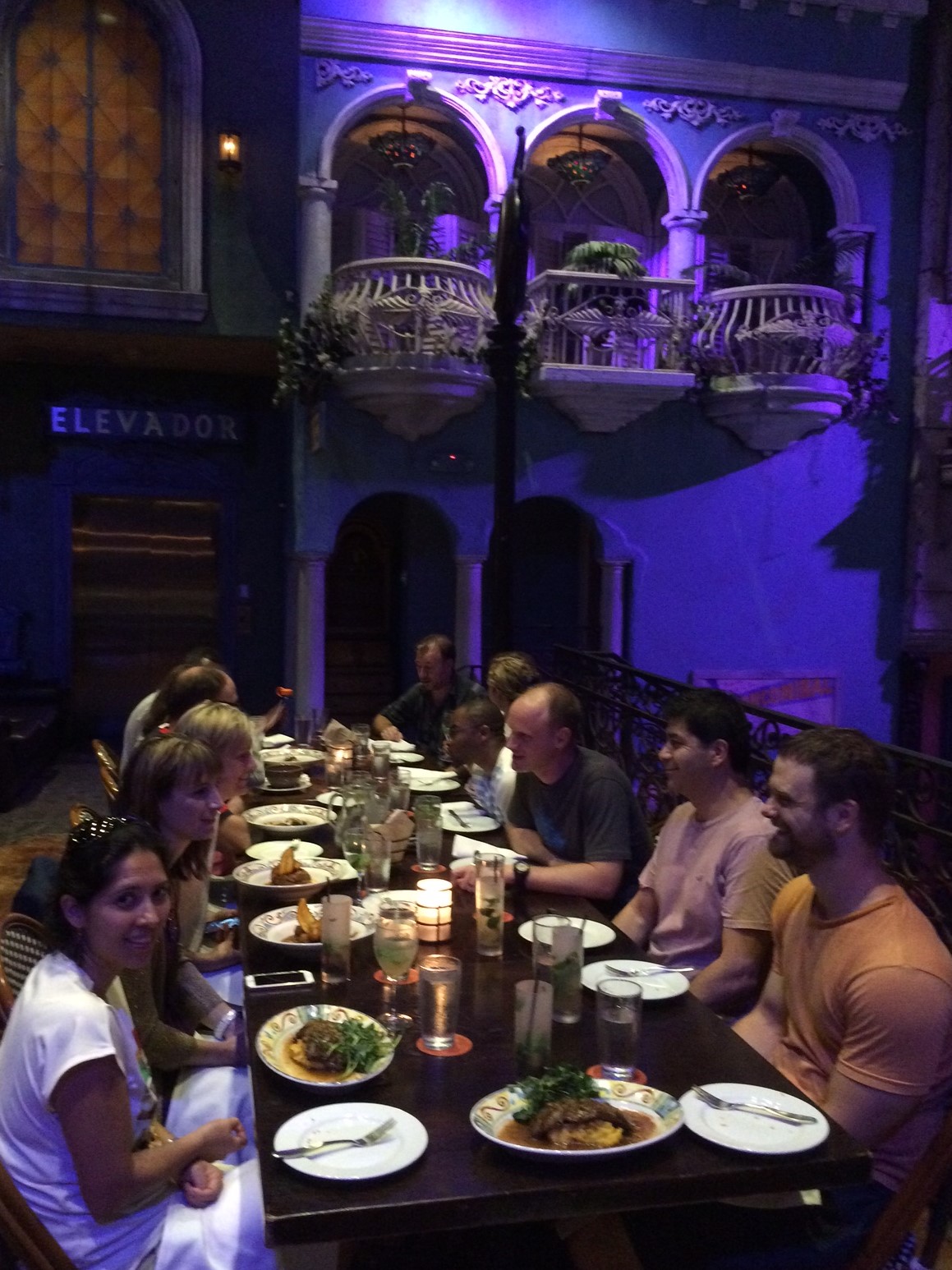 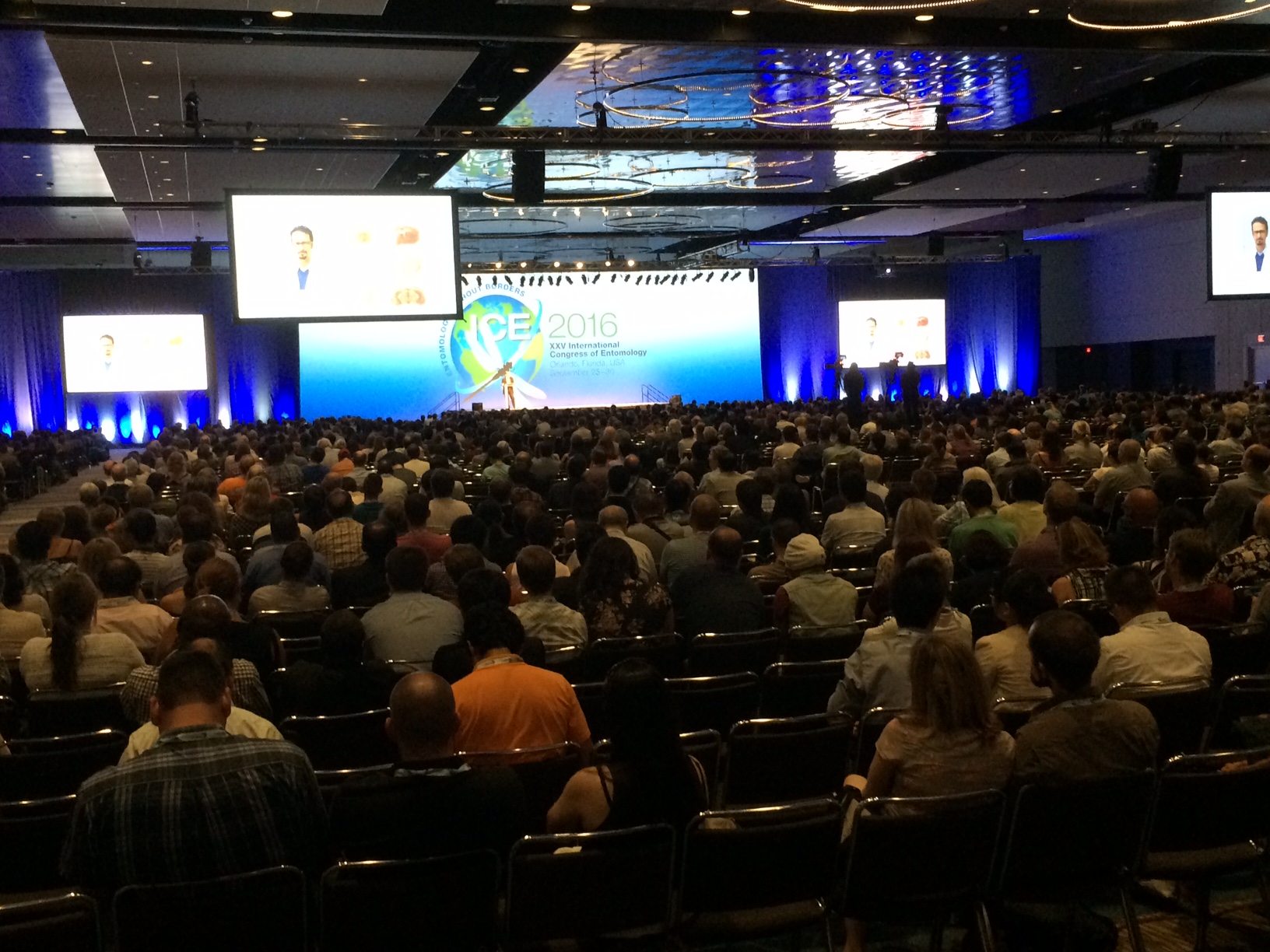 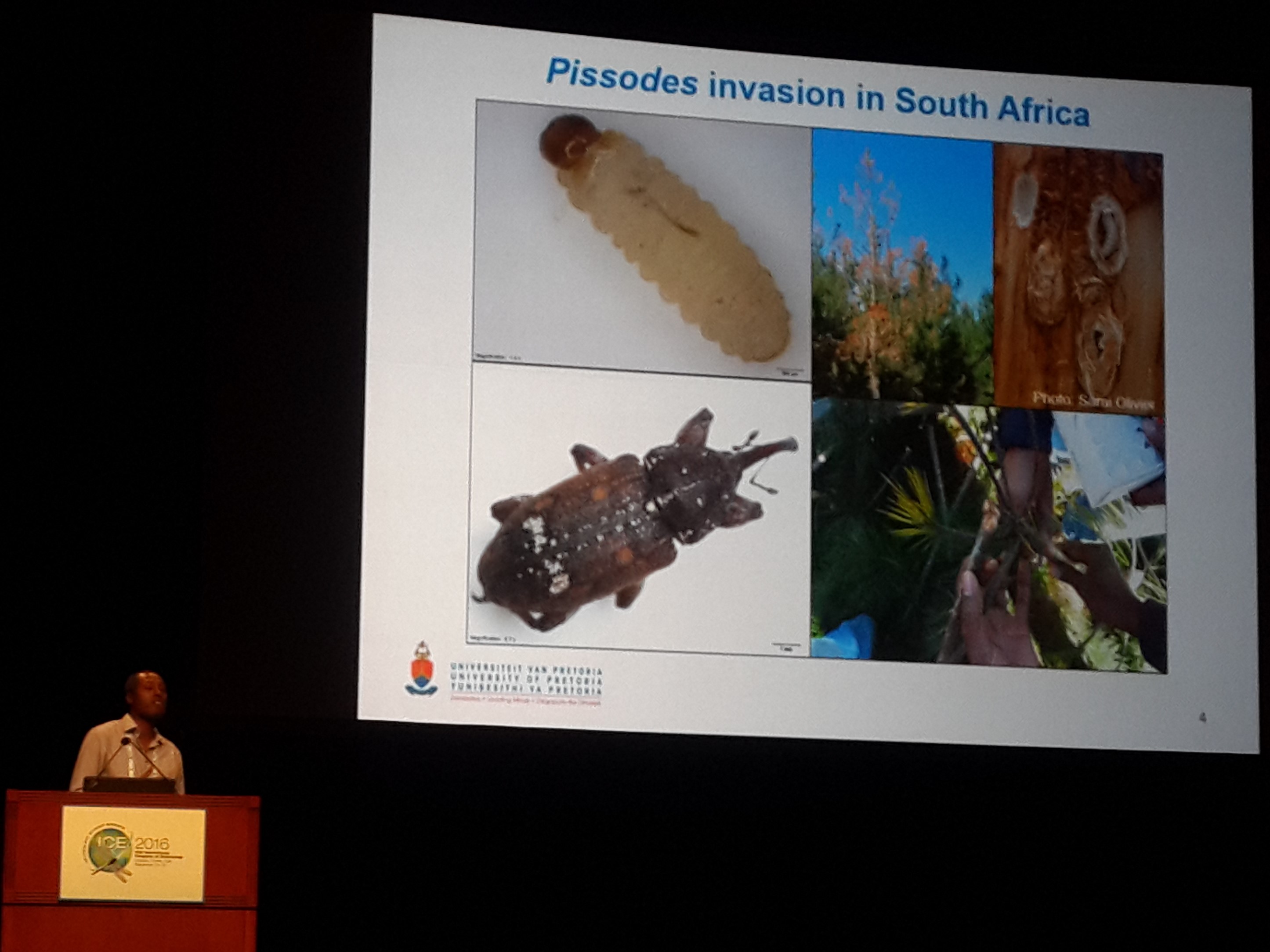 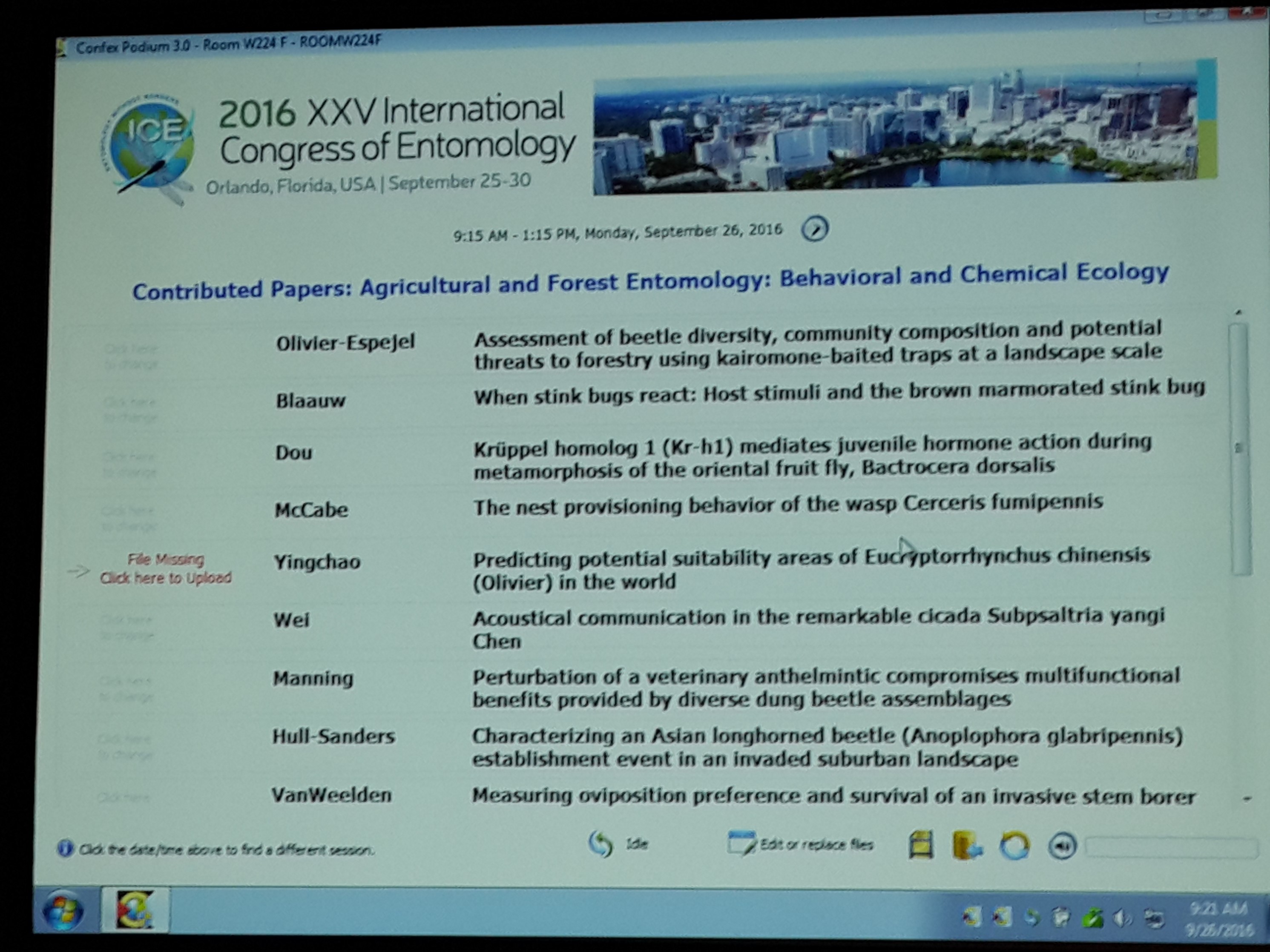 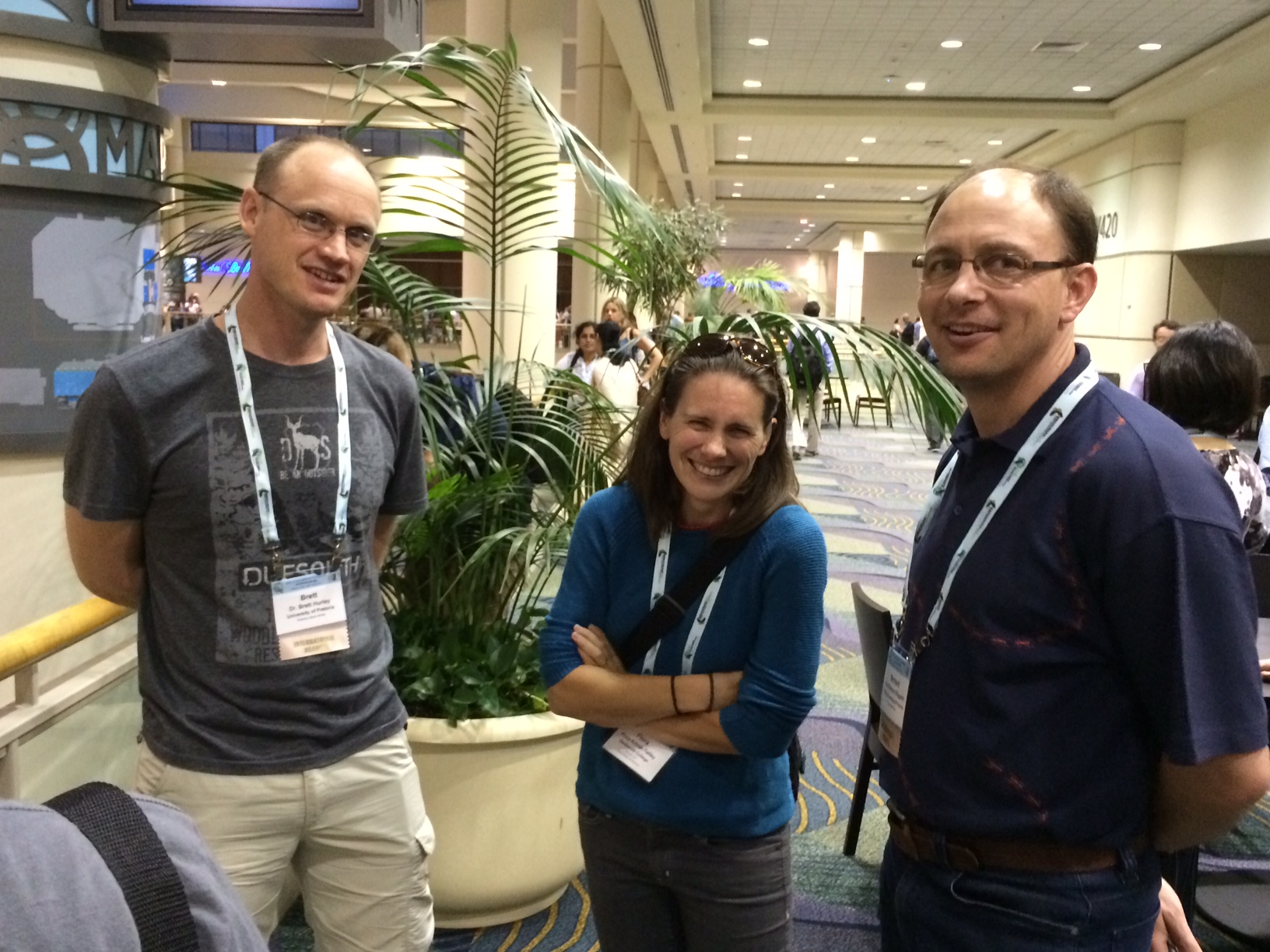 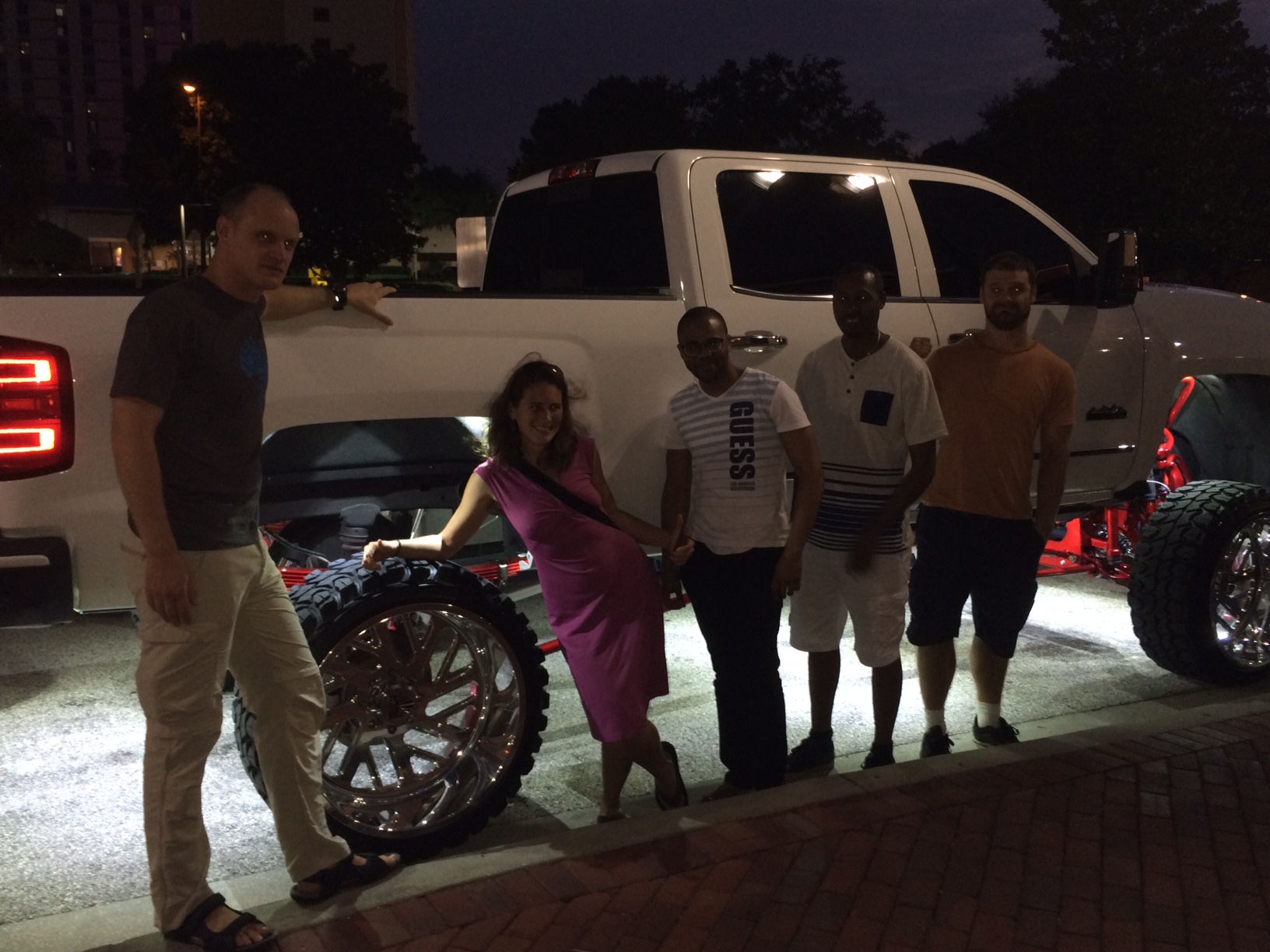 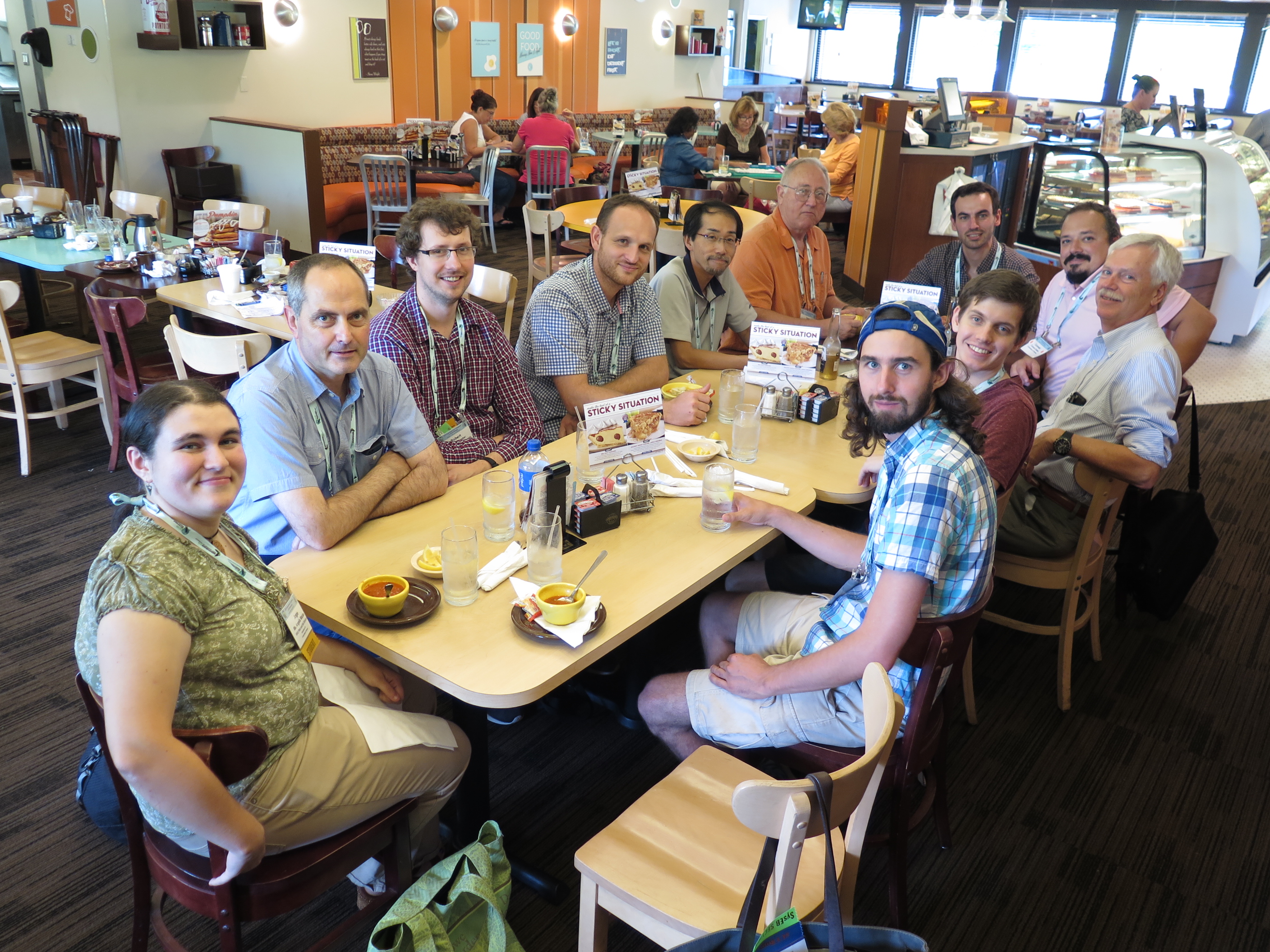 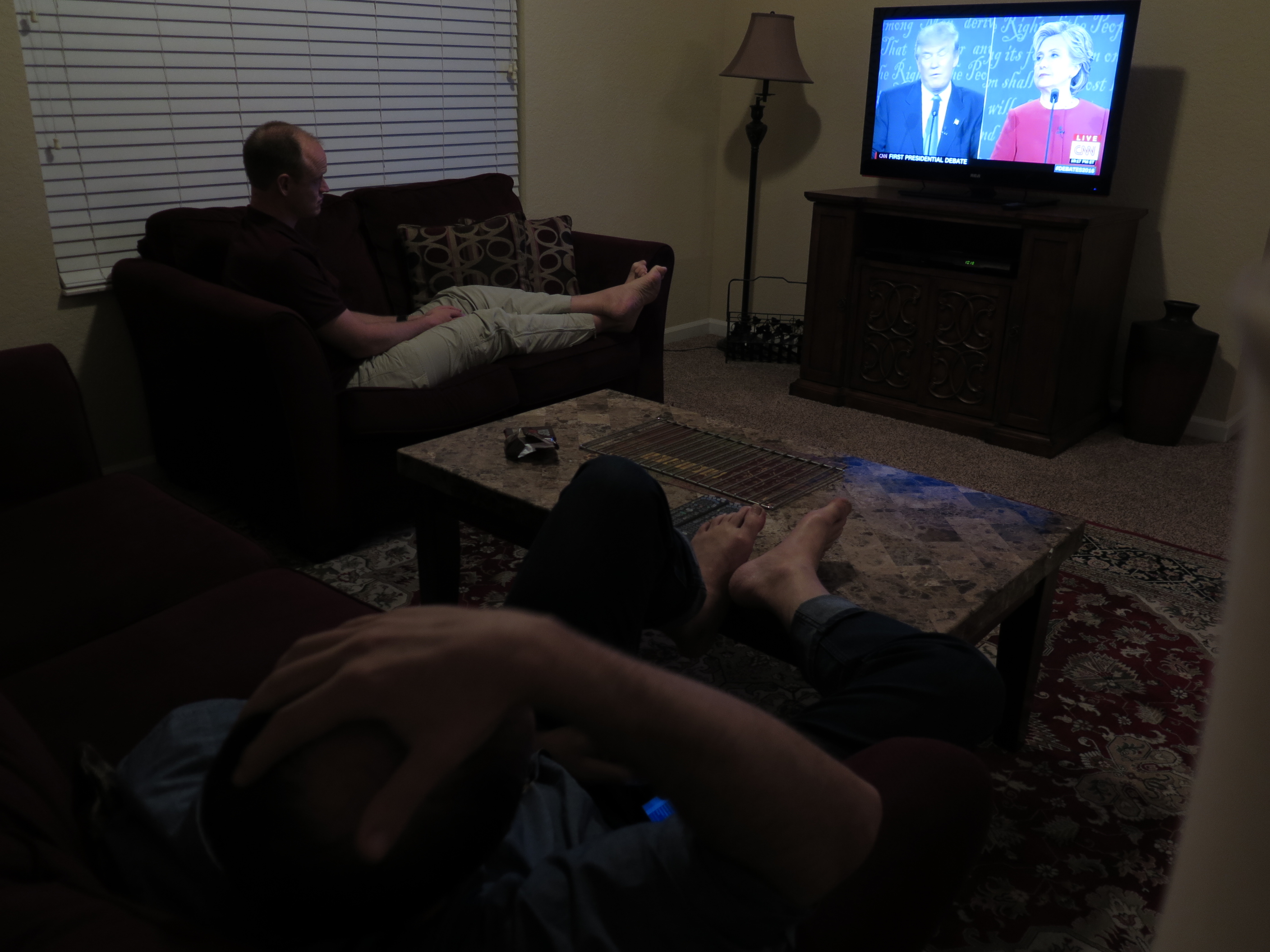 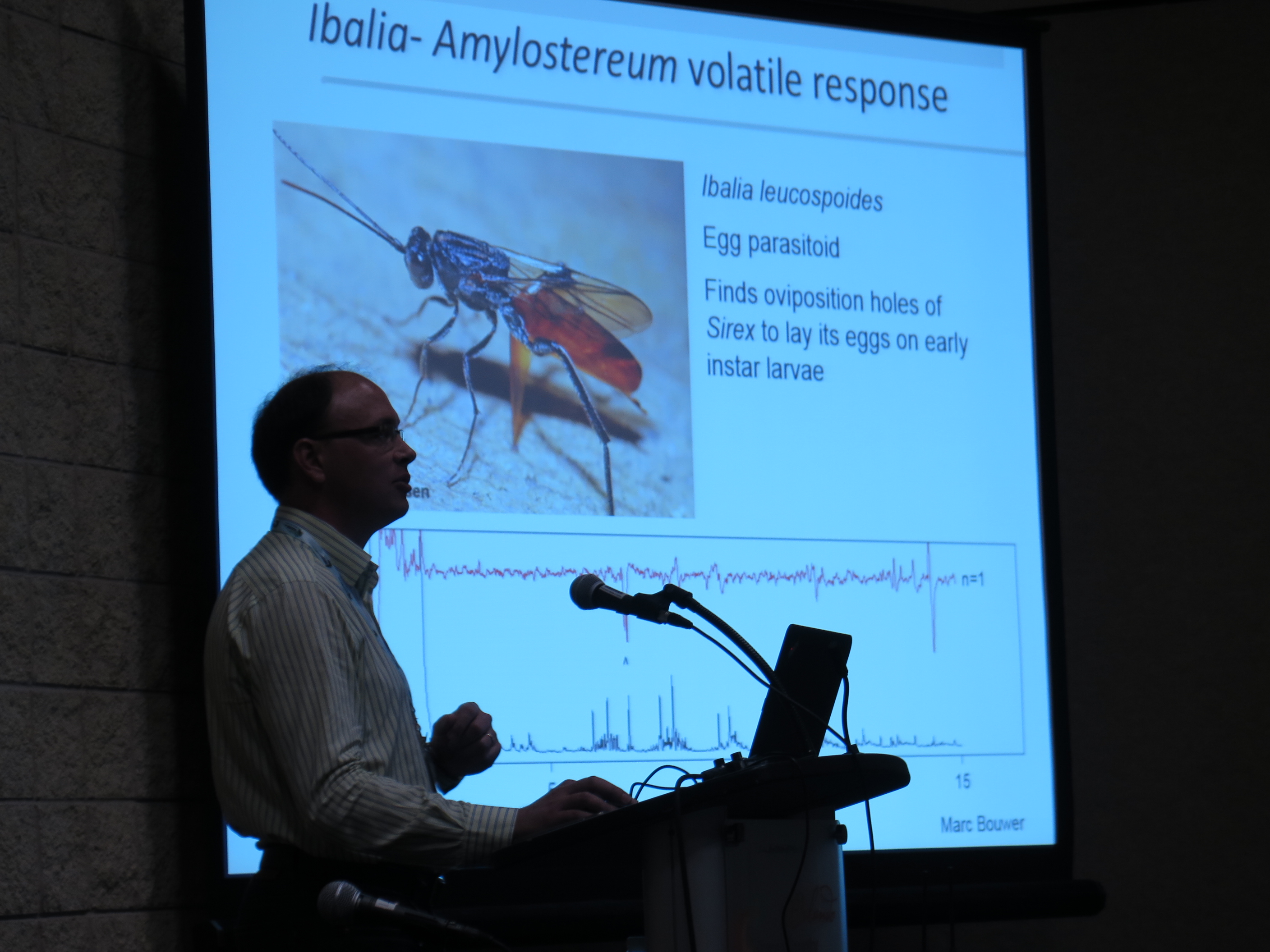 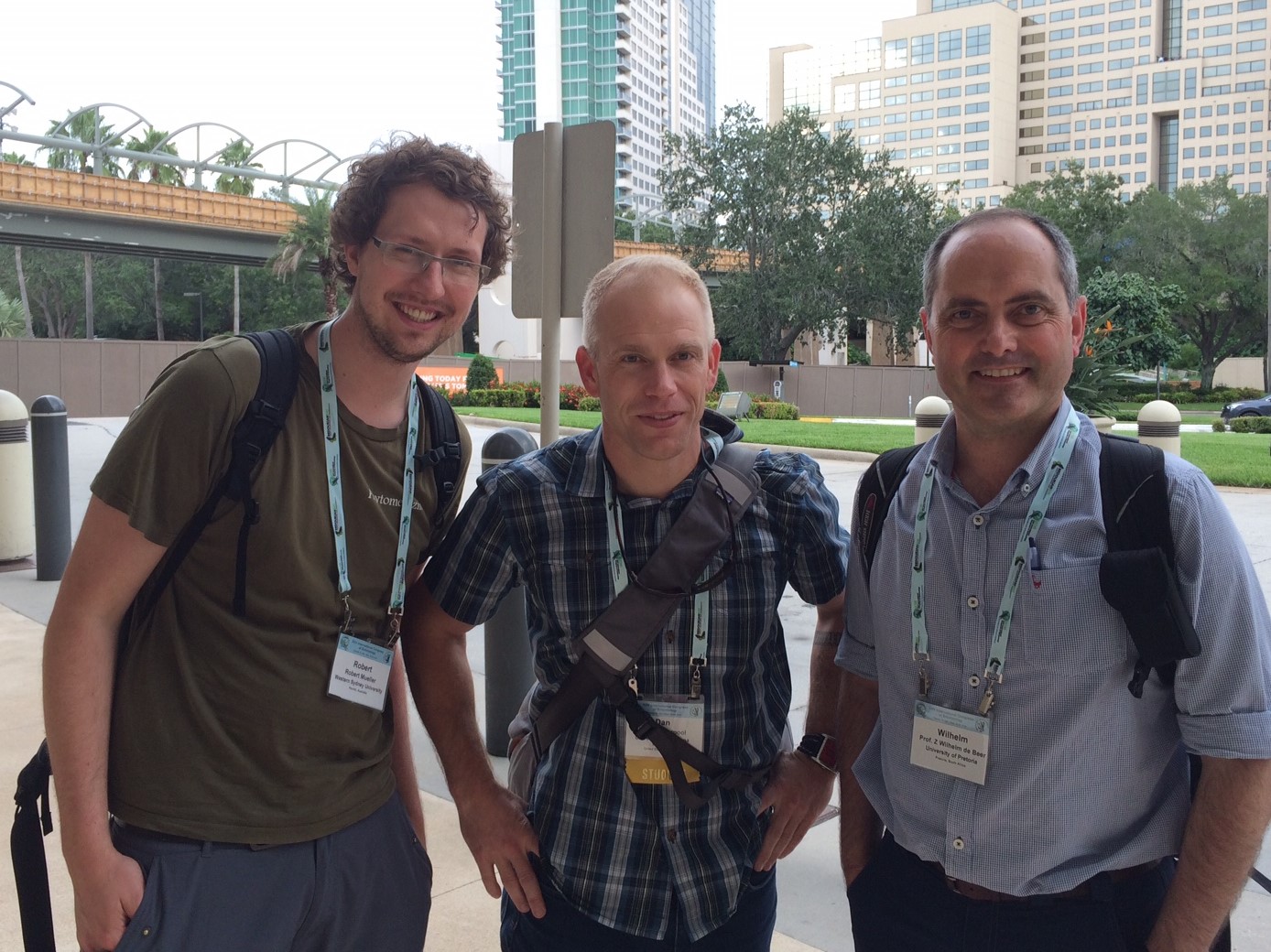 During the week of 25-30 September, ten FABIans participated in the largest ever gathering of entomologists, the 2016 International Congress of Entomology (ICE). The meeting of almost 7000 people was held in the impressive Orange County Convention Centre in Orlando, Florida. Navigating through the 674 symposia with thousands of talks presented in between 8 and 20 concurrent sessions at any given time for five days on end, could have been a nightmare for delegates. However, a mobile phone app in which one could search and view abstracts, and then mark and diarize talks, sessions, and appointments with colleagues, enabled the FABIans to attend the talks they wanted to and connect with friends and collaborators. Ties with existing collaborators were strengthened and new ones were established. They also met up with several ex-FABI students and staff, including Dr Rodrigo Ahumada from Chile and Dr Jeff Garnas from the USA.
Two symposia were convened by FABIans, and presentations (listed below) of the four FABI staff members, three postdoctoral fellows, and three PhD students were received well and confirmed that research in FABI is on par with what is happening in some the best laboratories in first world countries. Nevertheless, the FABIans certainly returned to South Africa with many new ideas for research approaches and technologies that can be applied to answer some of our research questions.
On a slightly sadder note, the FABI group also had to say goodbye to two of their members who will not return to South Africa after the meeting. Dr Stephen Taerum, who obtained his PhD at FABI and just completed a one year postdoc, has just started a postdoctoral fellowship at Arizona State University. Dr Sarai Olivier-Espanjol, who received her PhD at the Spring graduation ceremony, also remained in the USA and will soon return home to Mexico.