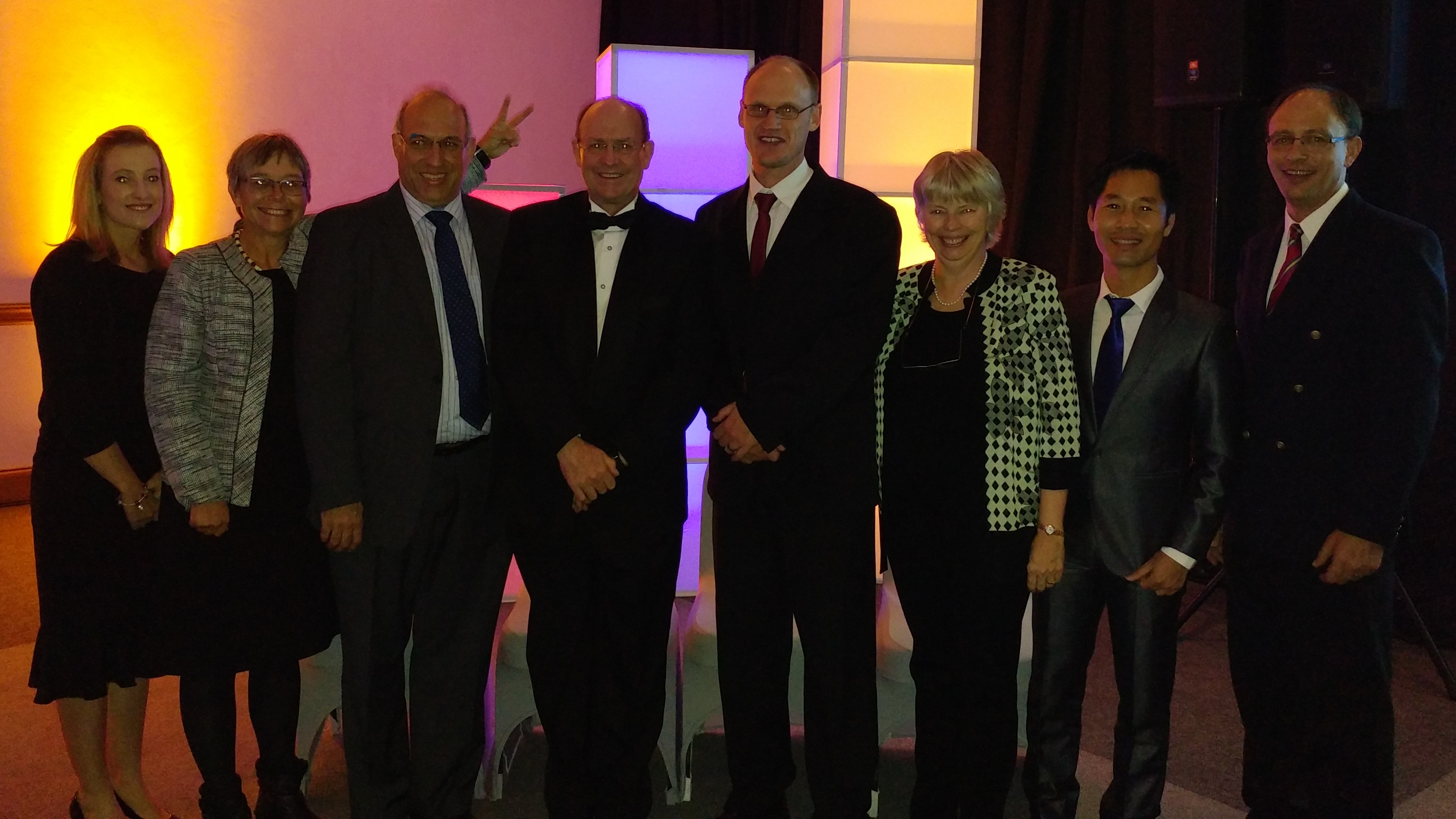 Seven researchers affiliated with FABI were among those honoured at the University of Pretoria’s annual Academic Achievers’ Awards ceremony on 9 May. In her welcome note, Vice-chancellor and Principal of UP, Prof. Cheryl de la Rey noted that this year’s awards were of special significance because 2016 was a “particularly challenging year” for South African universities. She thanked the recipients for their contributions to UP’s “reputation for academic excellence”. Professors Zander Myburg, Jolanda Roux and Fanus Venter were bestowed UP’s Exceptional Academic Achievers’ awards, an accolade given to senior academics who have achieved the status of professor and have been rated by the National Research Foundation (NRF).

A B3 rated scientist and Director of the Forest Molecular Genetics programme in FABI, Prof. Myburg was honoured for leading his team’s ground-breaking work in the use of population genomics and systems genetics approaches to the genetic control of growth and wood formation in Eucalyptus trees.

Prof. Roux’s accolade was in recognition of her international standing as a forest health specialist and a research leader in the Tree Protection Co-operative Programme (TPCP) and the DST-NRF Centre of Excellence in Tree Health Biotechnology (CTHB). She was previously awarded the Young Women in Science Award of the Department of Science and Technology, the Queen’s Award in Forestry from the Commonwealth Forestry Association, and an international scientific achievement award from International Union of Forest Research Organizations (IUFRO).

Prof. Venter of the Department of Microbiology and Plant Pathology was awarded in recognition of his role as Rand Water Chair in Microbiology, several collaborations at universities in the USA and his group’s work in the description of several new species of bacteria.

Dr Brett Hurley received the Exceptional Young Researcher award for his involvement in undergraduate and postgraduate student training, the extensive international recognition he enjoys in his capacity as Deputy Co-ordinator of the IUFRO Working Unit on the Biological Control of Forest Insects and Pathogens, as well as being a member of the IUFRO Task Force for Biological Invasions in Forests. He is also involved in the initiation of a project to increase the capacity for the biological control and general integrated pest management of forest insect pests.

Three FABI researchers were recognized for NRF-ratings received at the end of 2016. Research leader of the Fruit Tree Biotechnology Programme, Prof, Noelani van den Berg, and principal investigator of the Avocado Research Programme funded by Hans Merensky Foundation, received a C2 rating. Extraordinary lecturer at FABI, Dr Wubetu Legesee, whose research interests are in the population genetics, genomics, reproduction and ecology of plant pathogenic fungi, received a C3 rating. Research fellow and member of the CTHB and TPCP programmes at FABI, Dr Tuan Duong, received a Y1 rating. His research focuses on the taxonomy, phylogeny, genetics and genomics of fungi, especially the Ophiostomatales and Microascales.