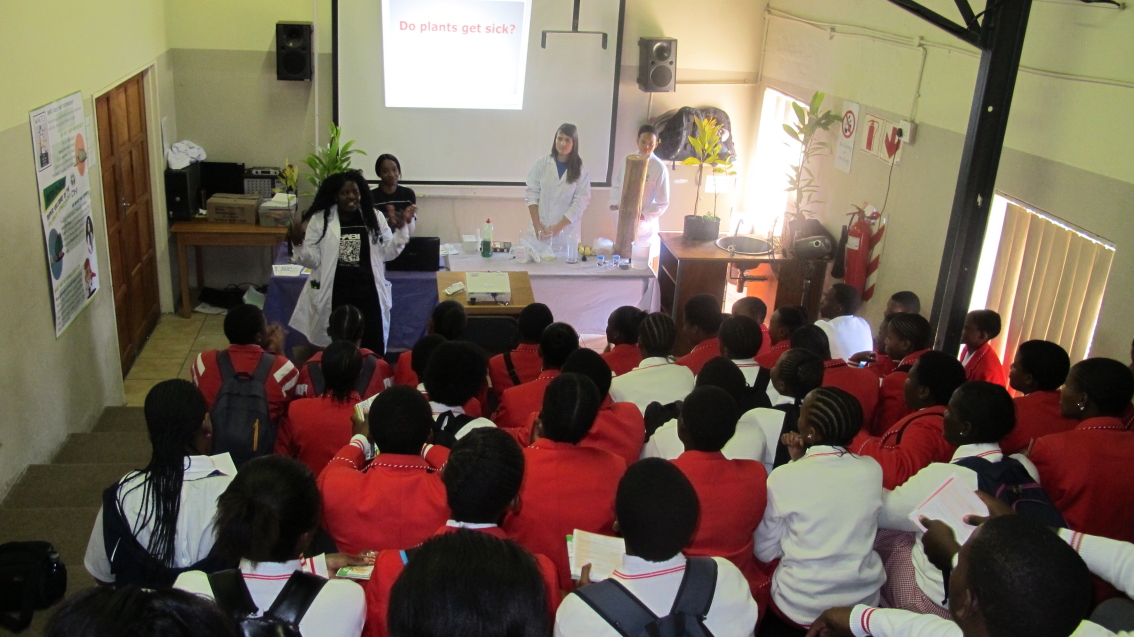 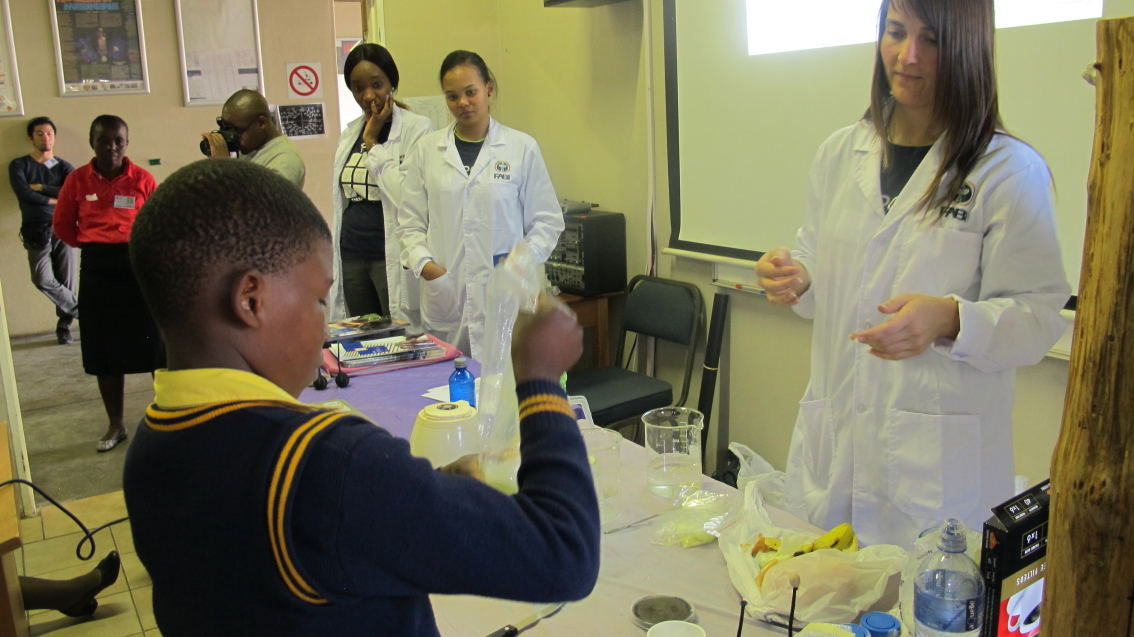 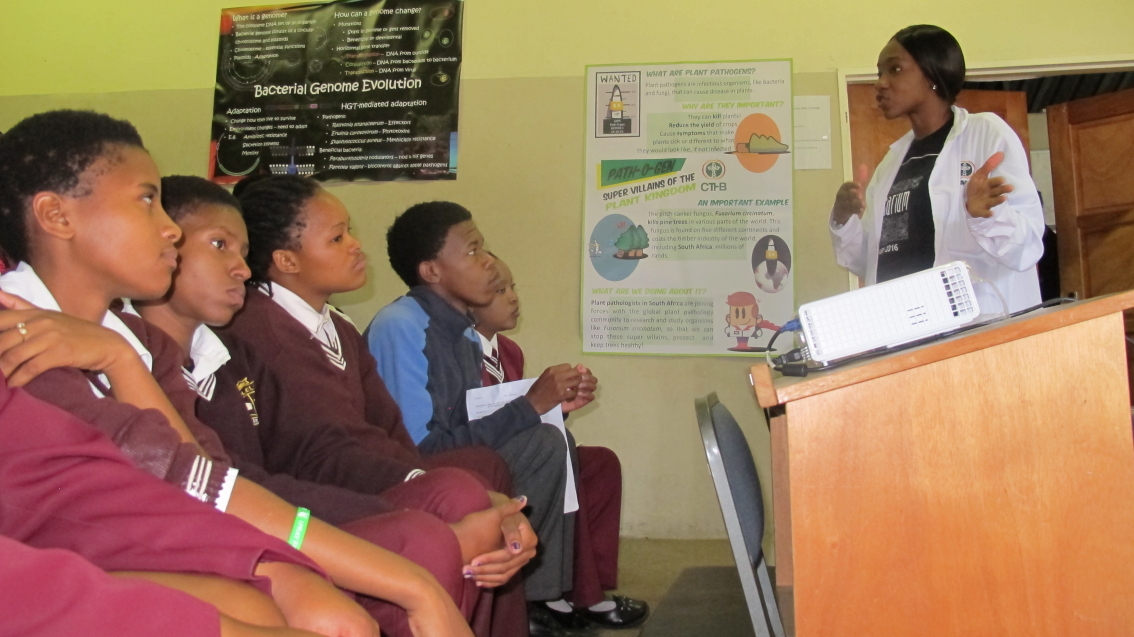 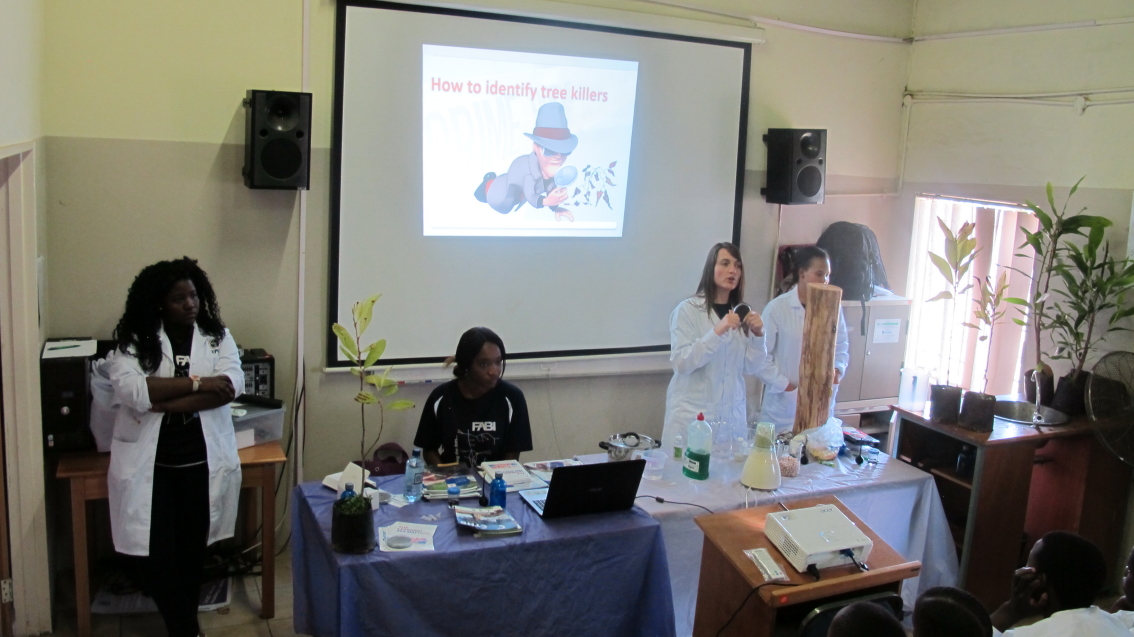 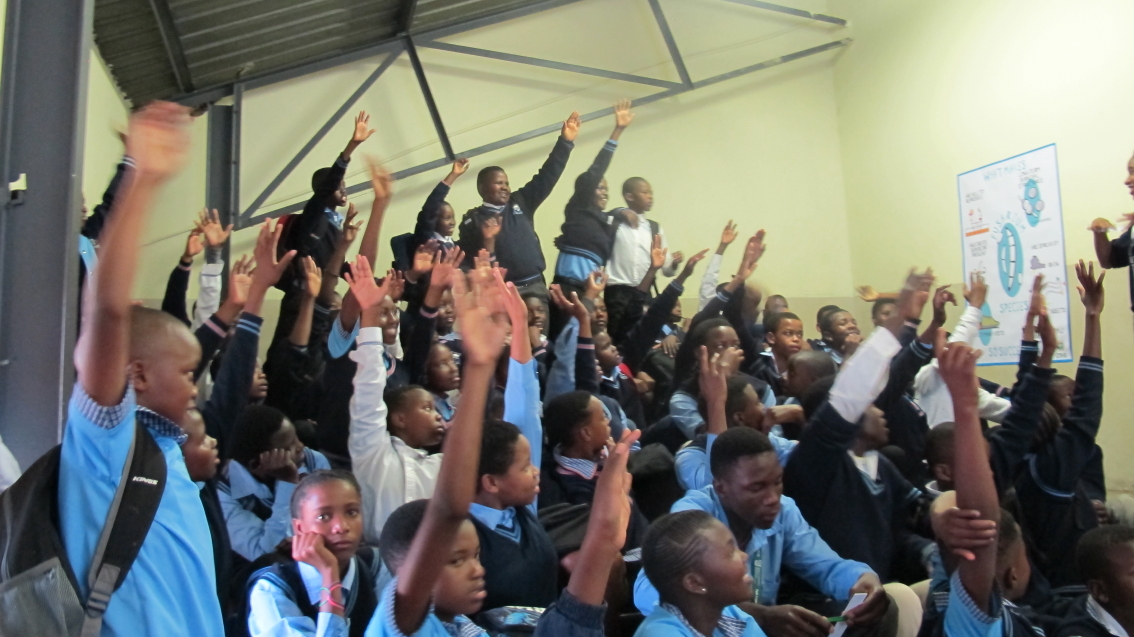 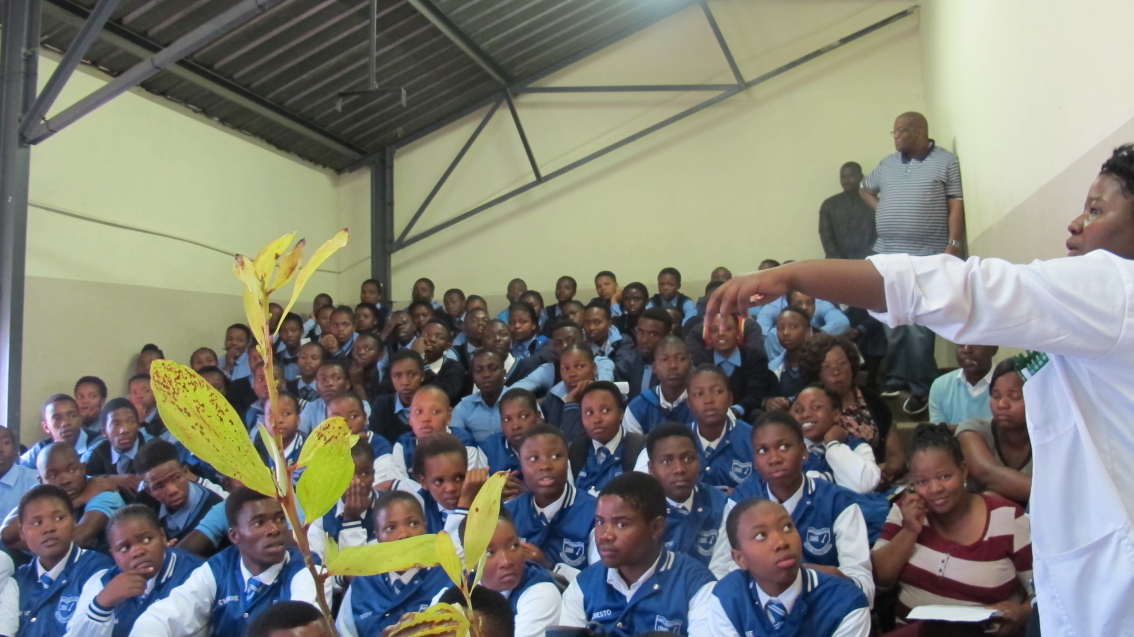 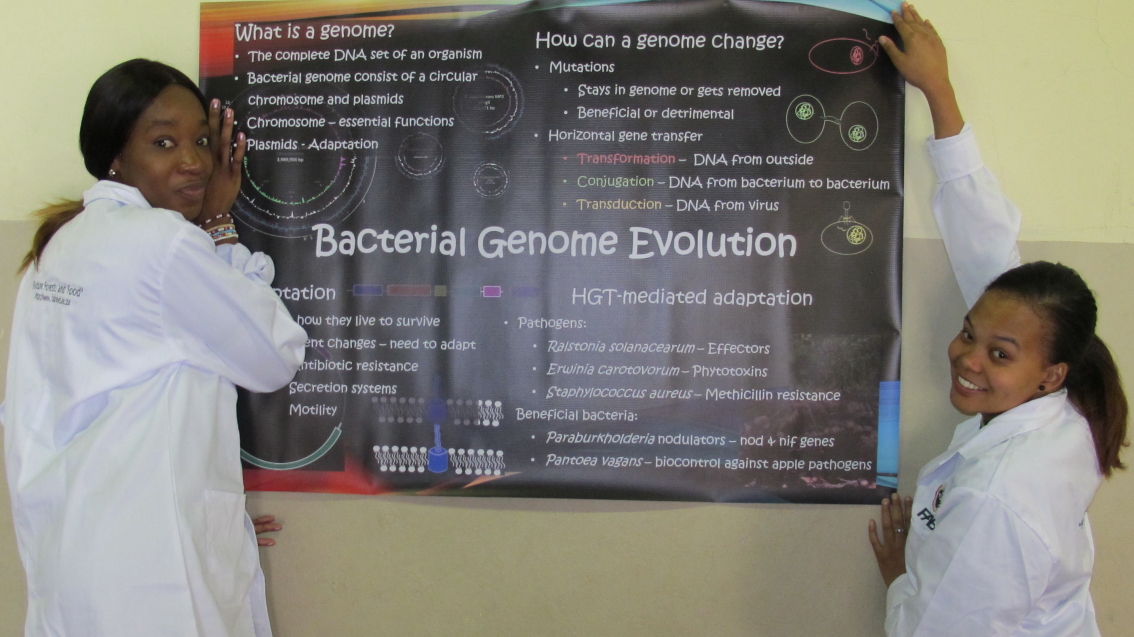 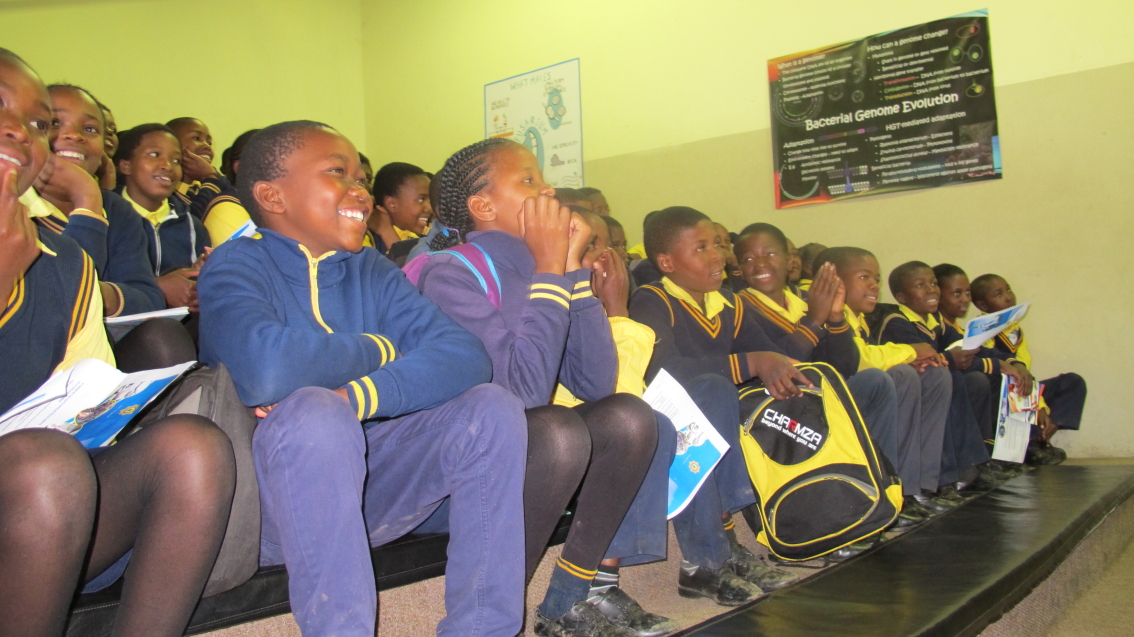 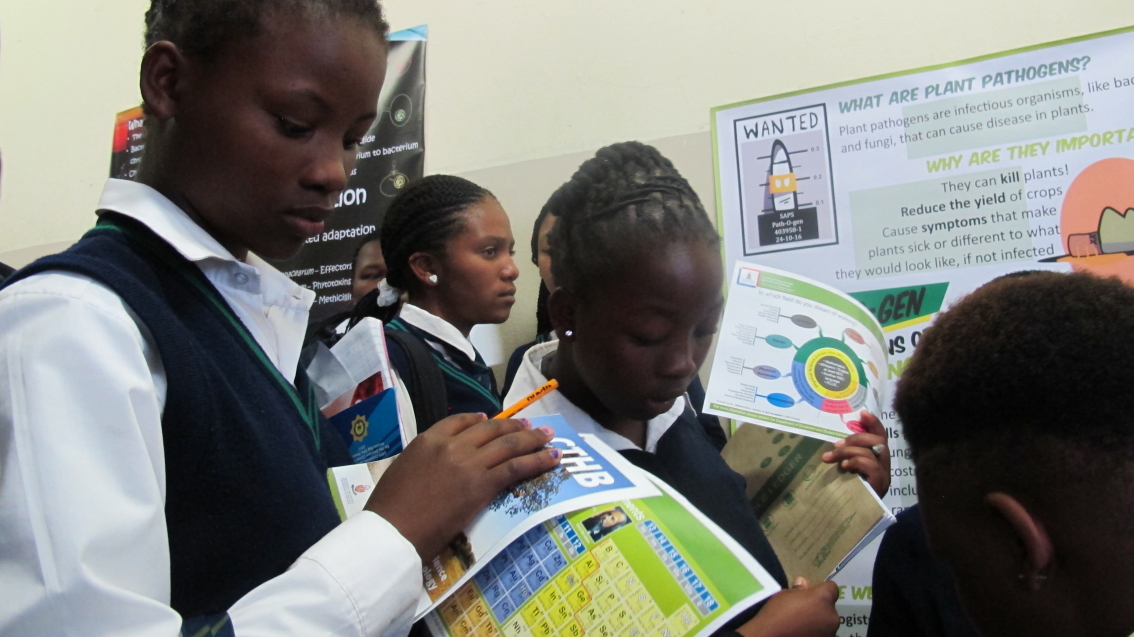 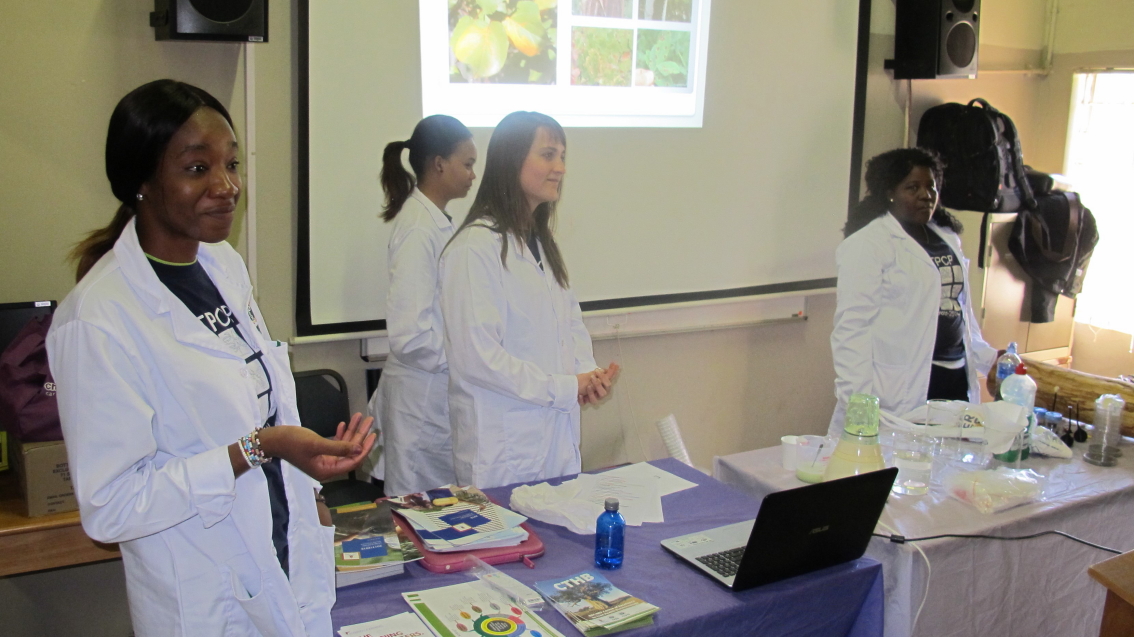 During the first week of May an Outreach Team of the CTHB participated in the annual Career Guidance Week hosted by the Mondi Science, Career Guidance and FET Skills Centre in Piet Retief, Mpumalanga. This was the first time that the CTHB Outreach Team took part in the careers fair, an initiative of the Mpumalanga Department of Education. The fair was attended by more than 4000 learners from schools in Piet Retief and surrounding areas. The centre also hosts the annual National Science Week programme every August, which the CTHB Outreach Team has been participating in since 2010.

The outreach team consisted of four CTHB-funded students at FABI, including Angel Maduke, Juanita Avontuur, Arista Fourie, and Benedicta Swalarsk-Parry. The team introduced high school learners not only to the different areas of study in Science at the University of Pretoria, but also excited the pupils about the specialised field of tree and plant health, in which all four students have research projects.

Using soap, salt, water, surgical spirit and bananas, the team showed the learners how they could perform their own DNA extractions – a process central to the identification of pathogens infecting trees and agricultural crops – at home or at school. The team explained the role of different scientists such as plant pathologists, mycologists and entomologists in managing pests and diseases in indigenous trees species and commercial plantations such as those in Piet Retief, but also in maintaining the health of agricultural crops such as maize and fruit trees. They also encouraged the learners to do well in Mathematics and Physical Science as the first step to careers as scientists and plant doctors.