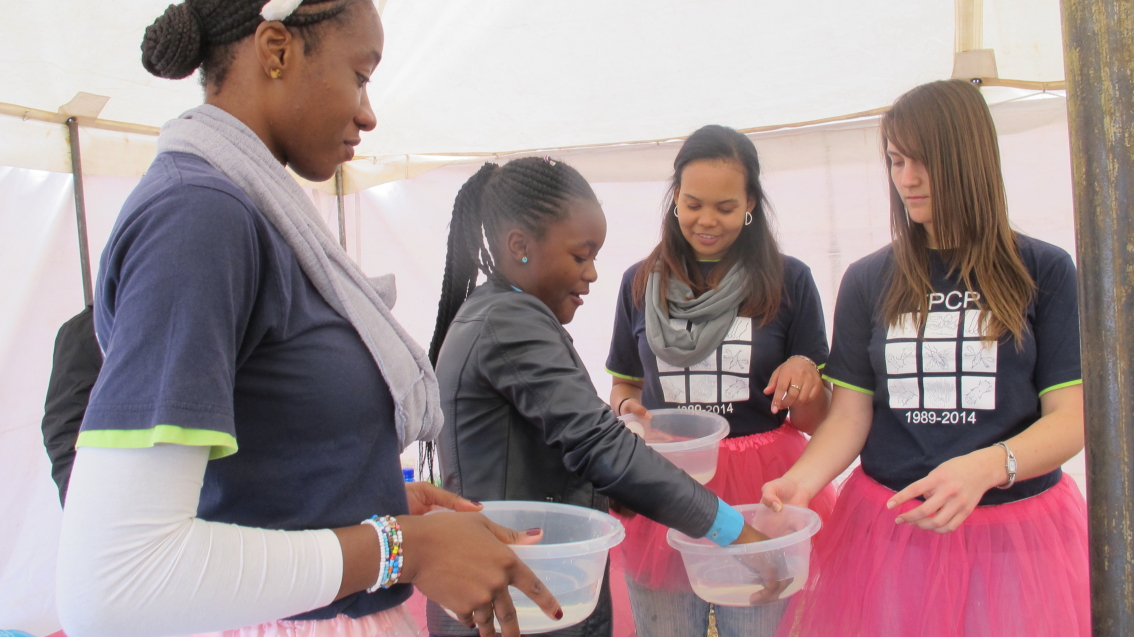 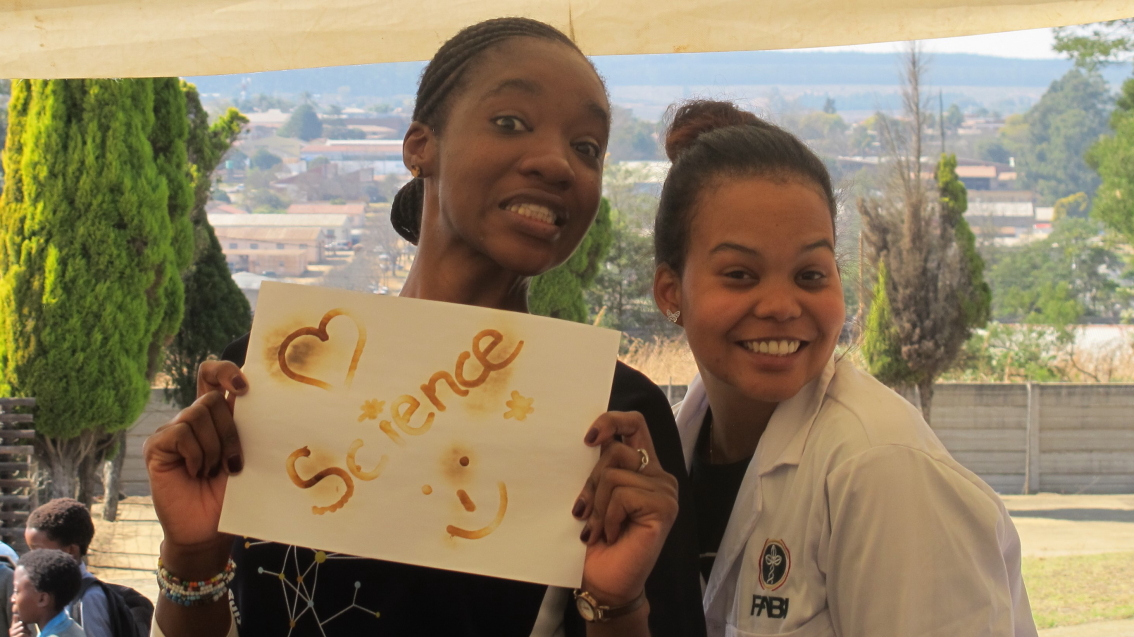 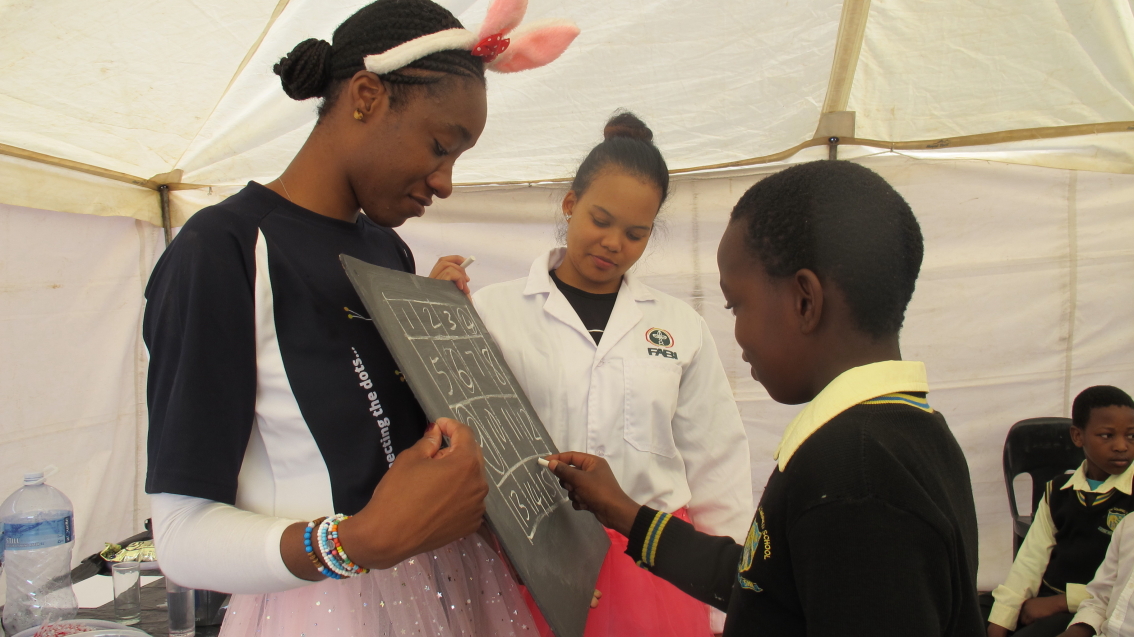 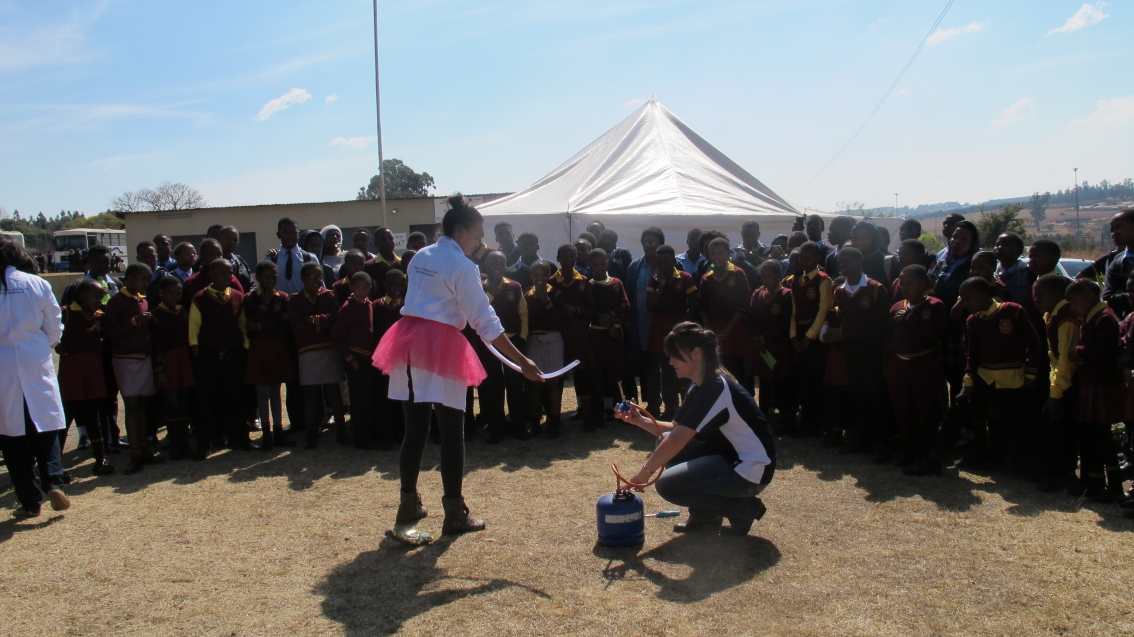 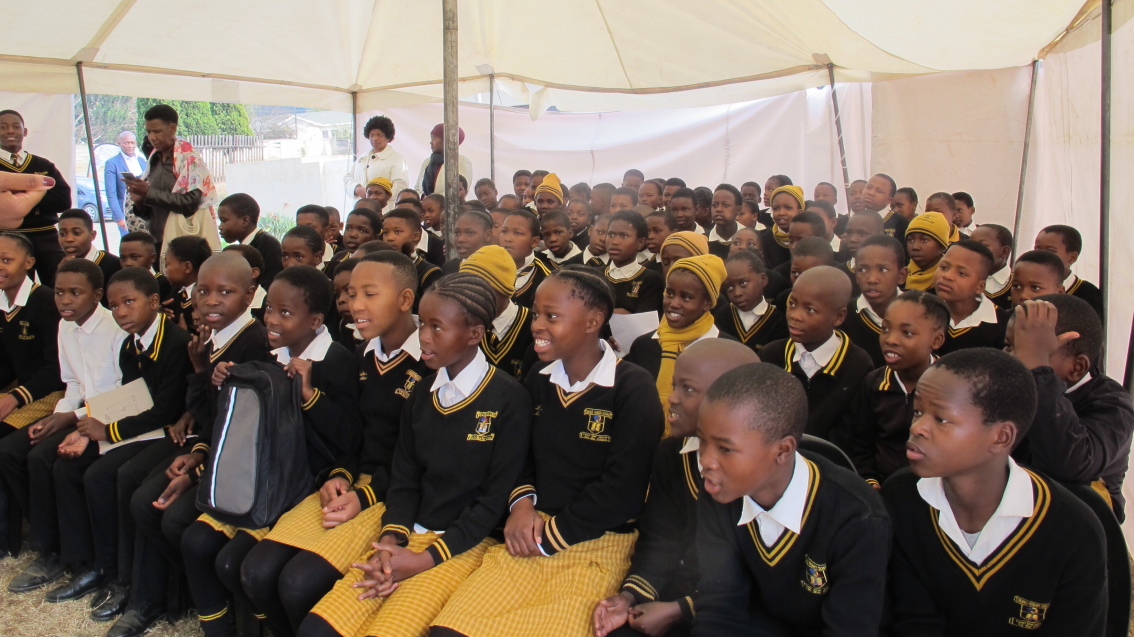 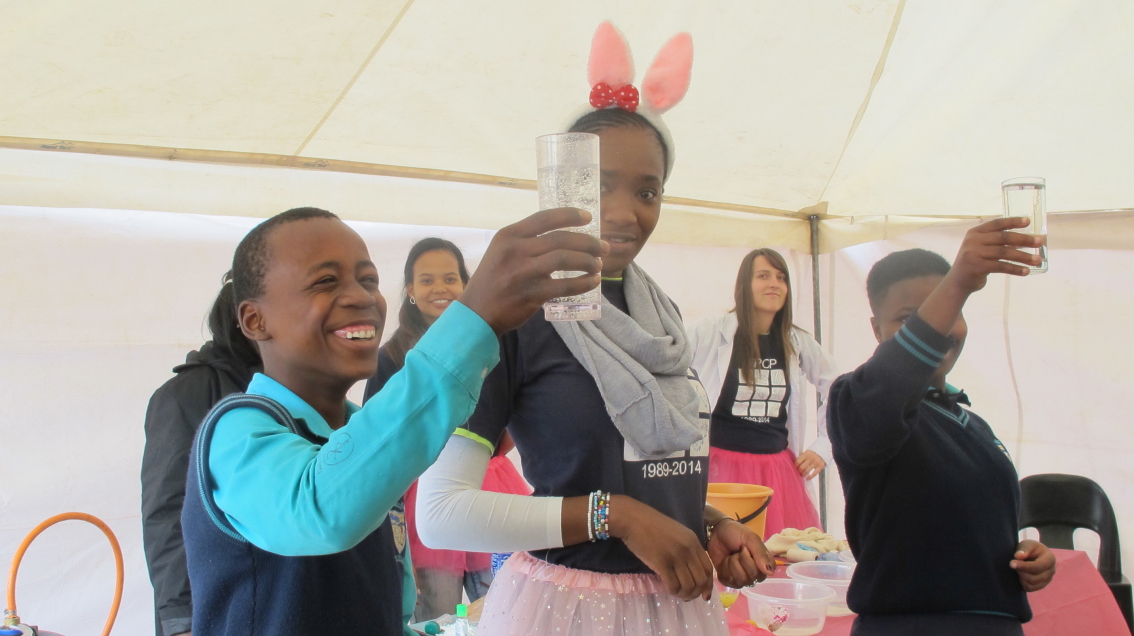 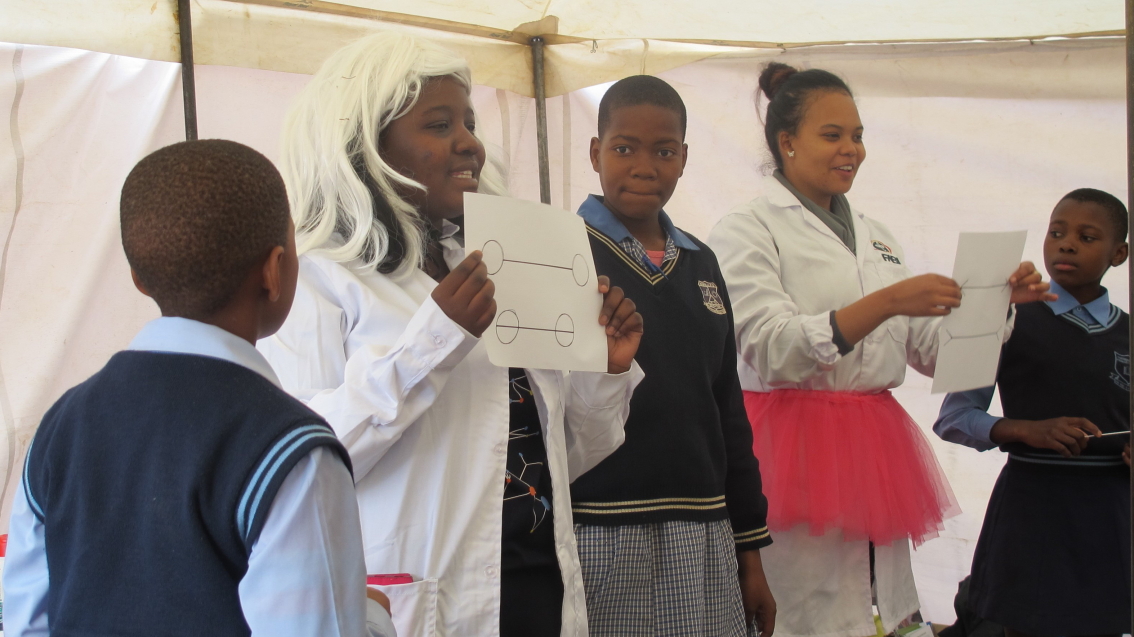 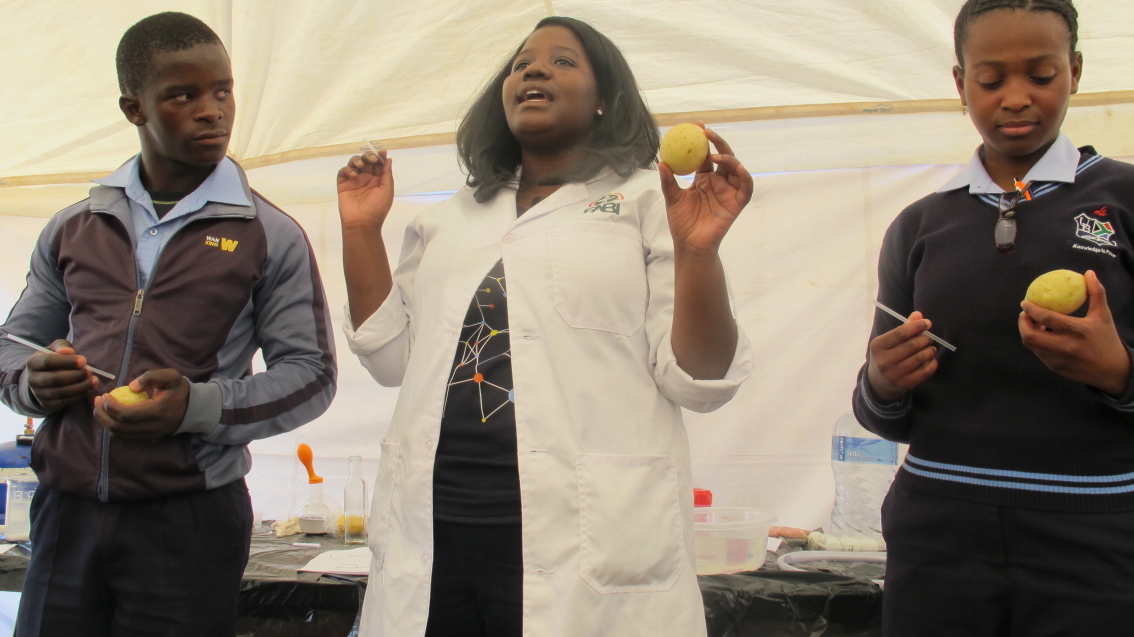 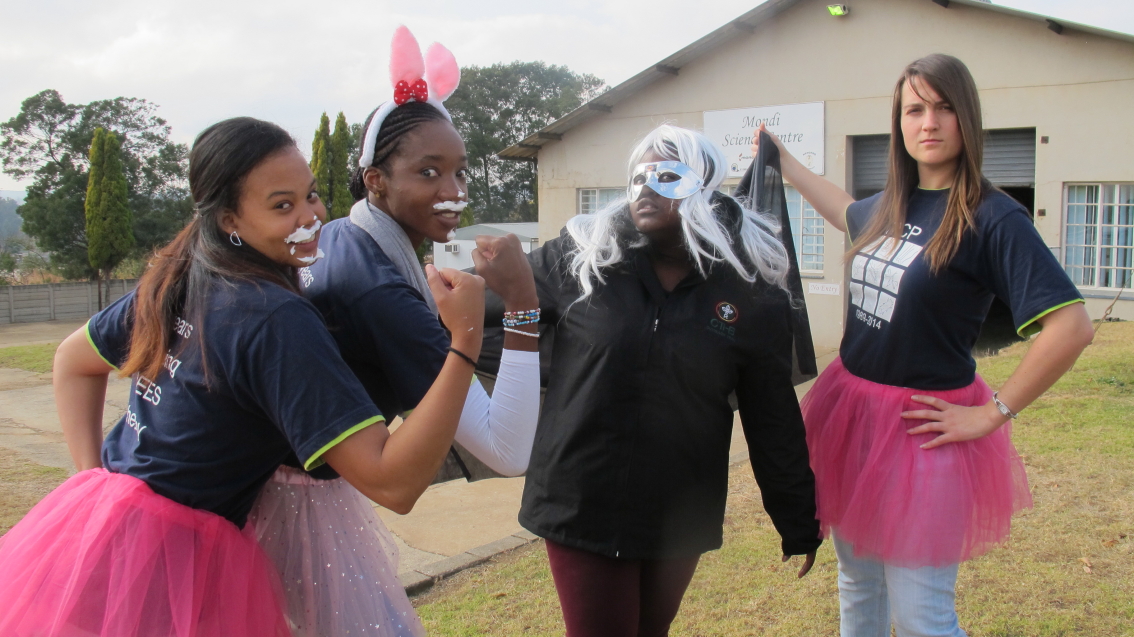 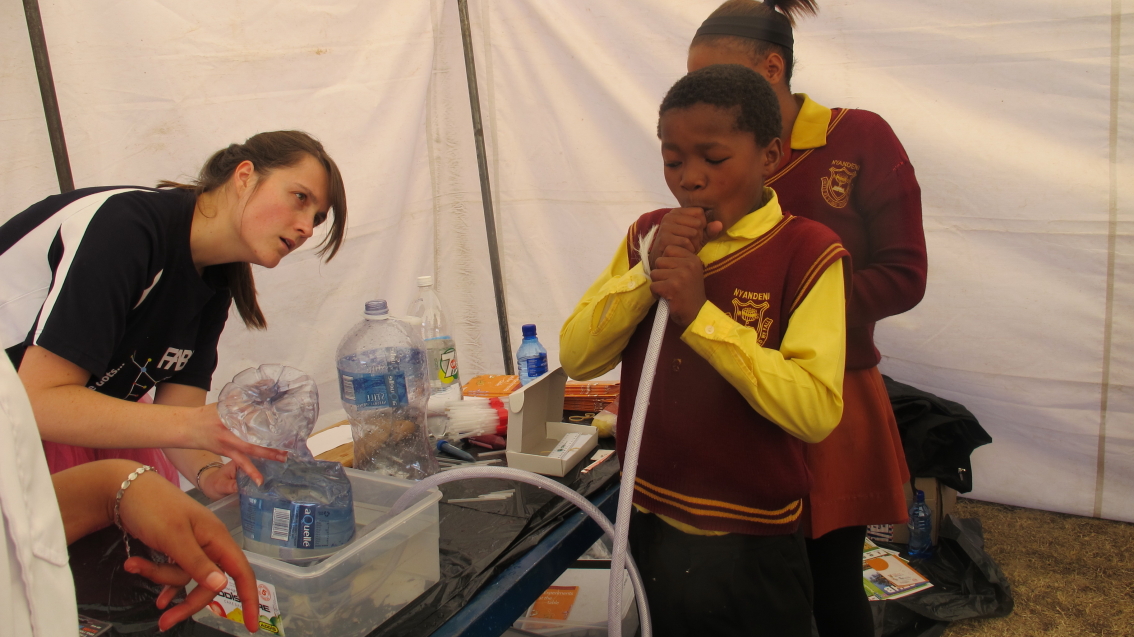 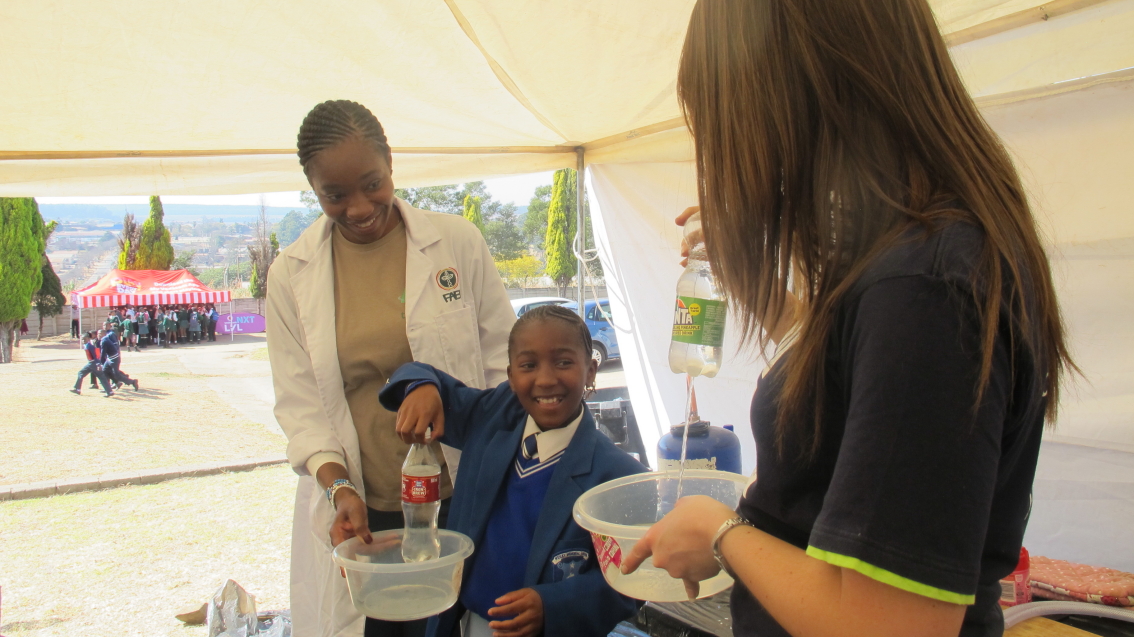 From 7 to 11 August, the FABI/CTHB tent at the Mondi Science, Career Guidance and FET Skills Centre was a haven for science enthusiasts of all ages who attended the annual National Science Week (NSW) celebrations. Squeals of laughter and applause were often heard from the tent, which was managed by members of the CTHB Outreach Team from the University of Pretoria. The team performed various experiments for learners who visited the centre in Mkhondo, Mpumalanga province, over four days.

The experiments challenged the learners to think out of the box and beyond “magic” as an answer to things they could not initially explain. For example, the learners learnt to trap air in drinking straws to cut through the skin and flesh of something as hard as a potato, to make flying balloons using drain cleaner, water and aluminium foil and to counter gravity by forming a “human table” using their legs and bodies to balance the force of gravity. The experiments were not only popular with the learners but also their teachers and staff at the Mondi Centre, who not only sat through the demonstrations and took notes but at times challenged the learners for prizes!

The CTHB Outreach Team was one of several exhibitors who took part in the initiative spearheaded by the Department of Science and Technology. The annual celebrations are held in different venues across all nine Provinces and are meant to foster interest and enthusiasm for science and mathematics, especially in disadvantaged communities. The Mondi Centre hosts thousands of learners every year from areas surrounding Mkhondo as well as neighbouring KwaZulu-Natal and Swaziland.