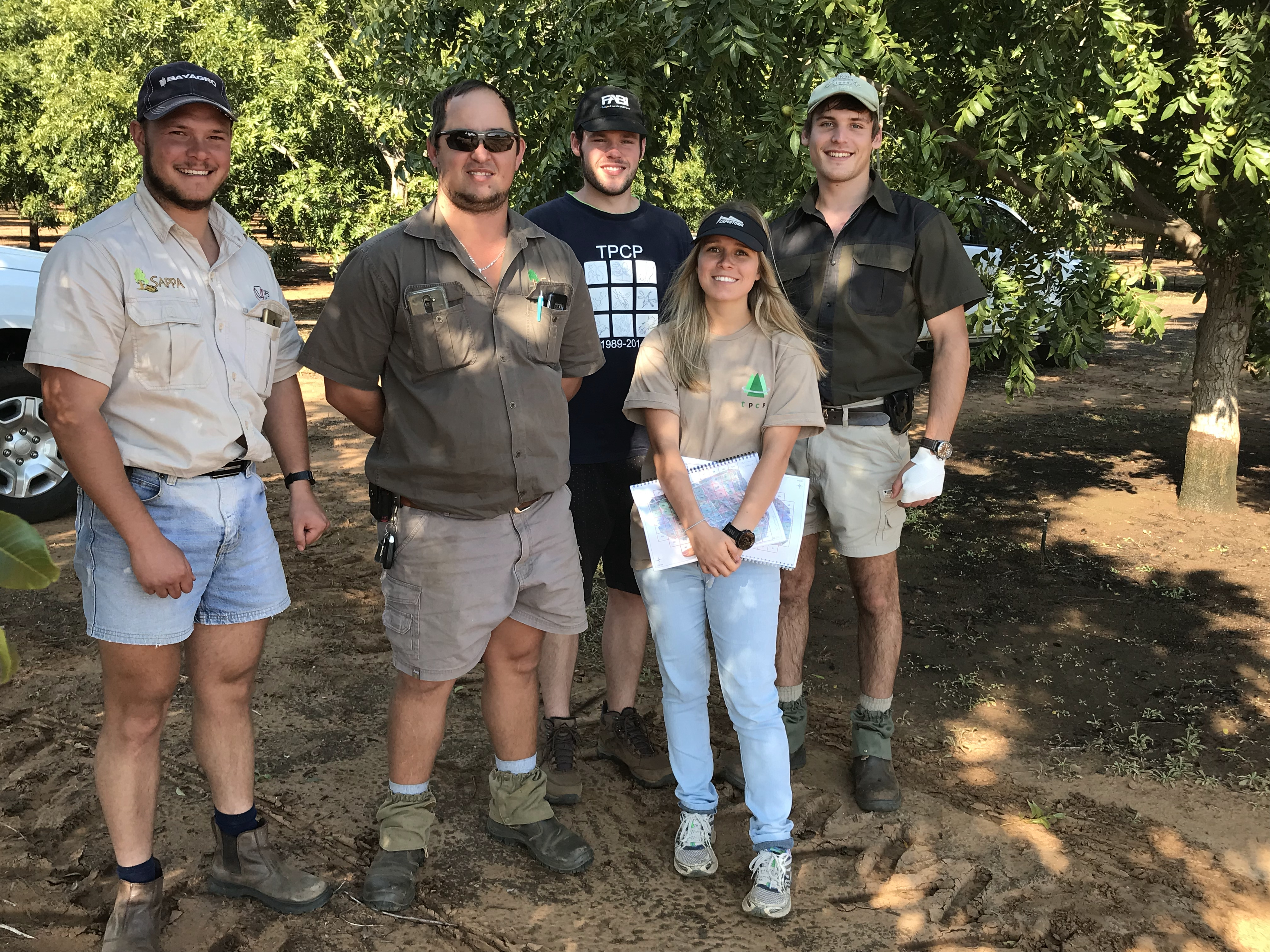 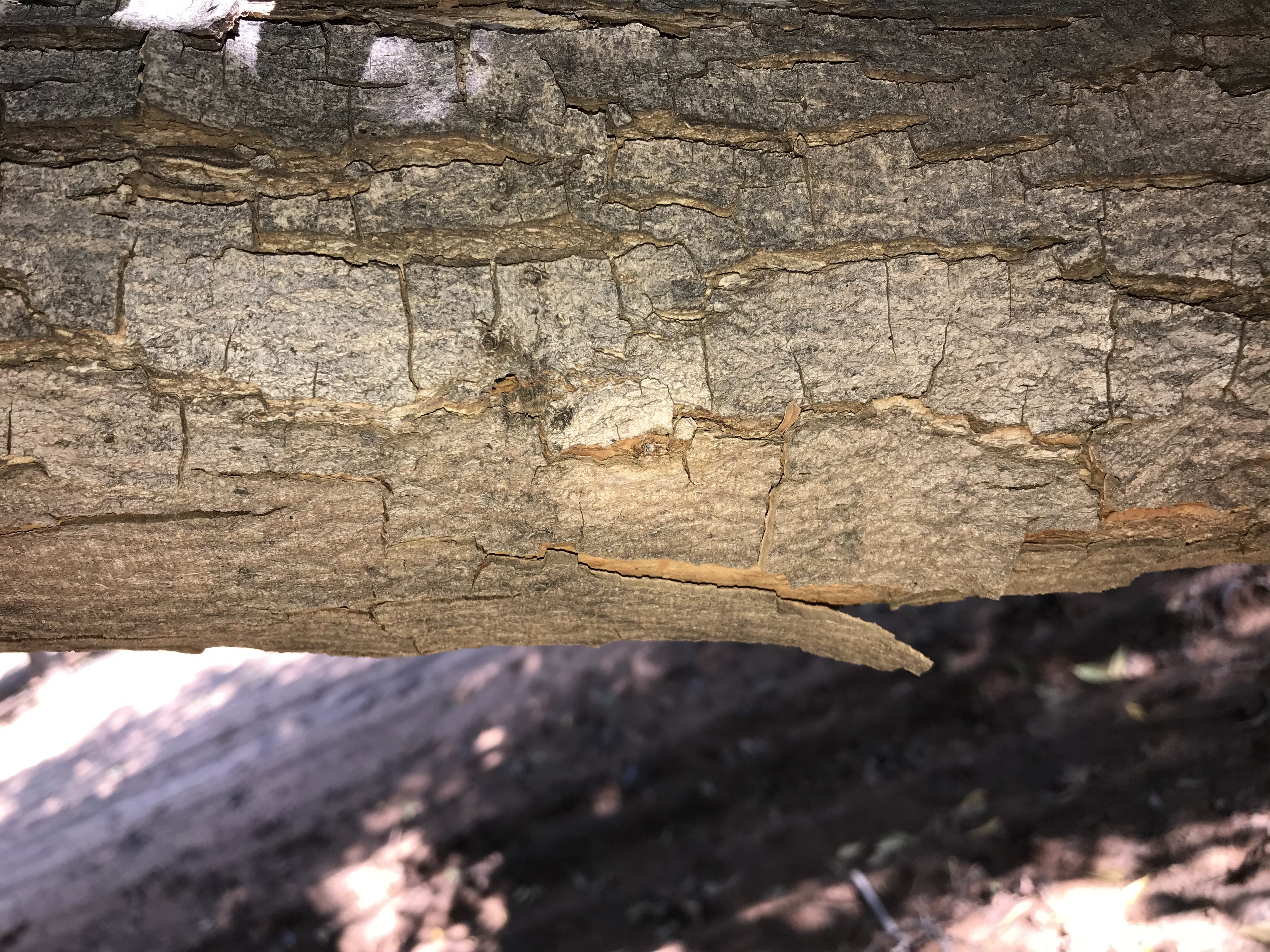 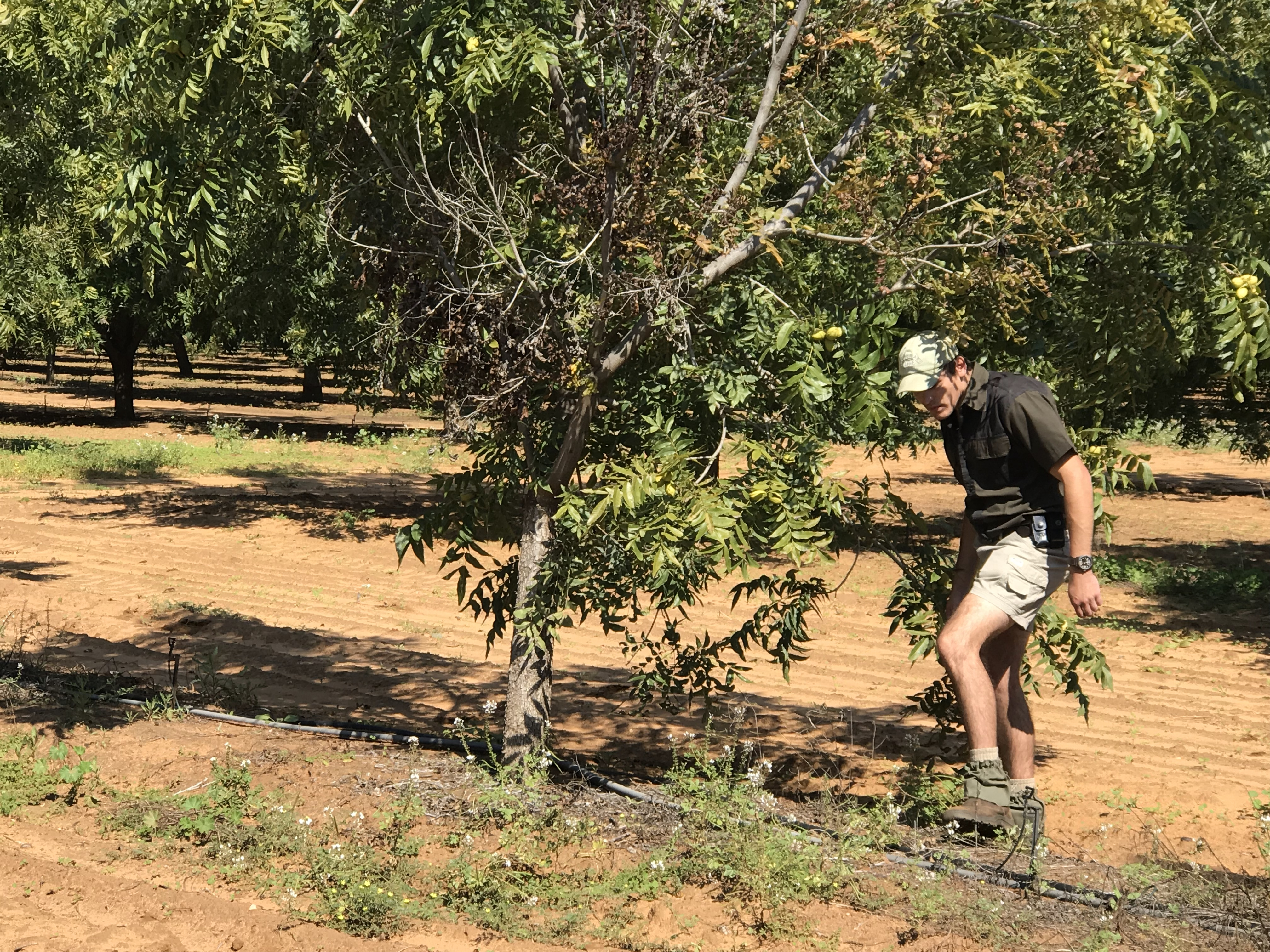 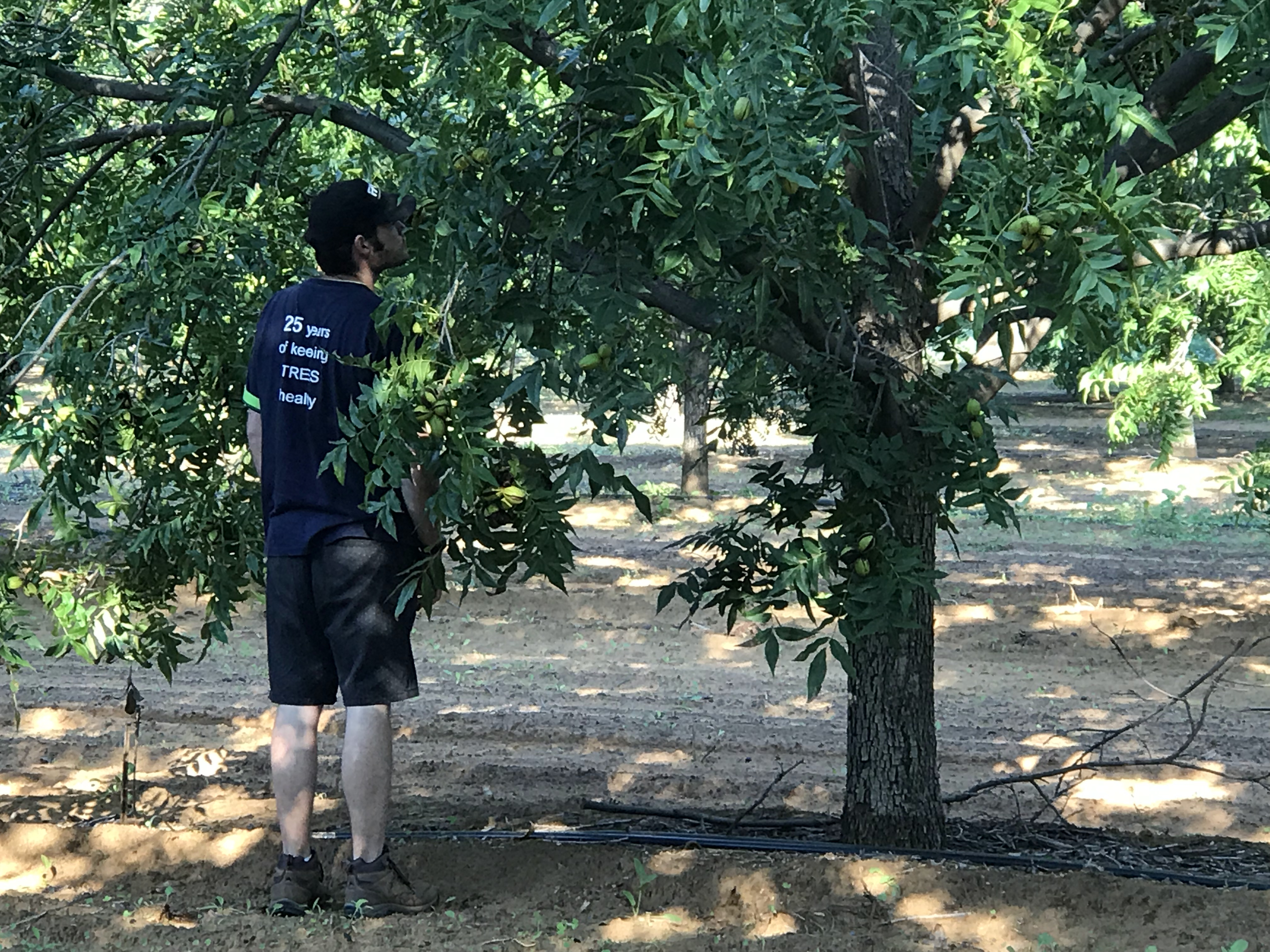 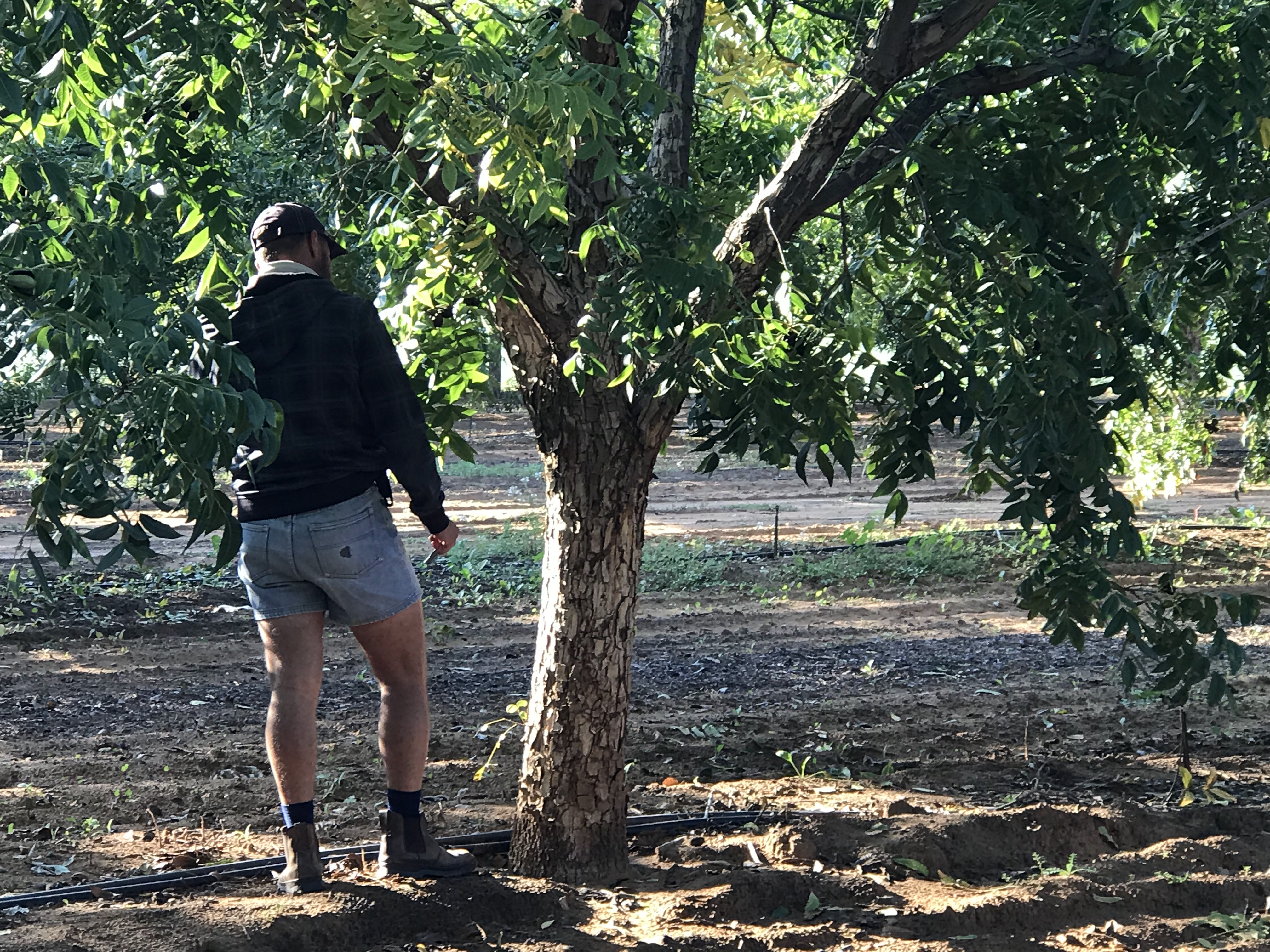 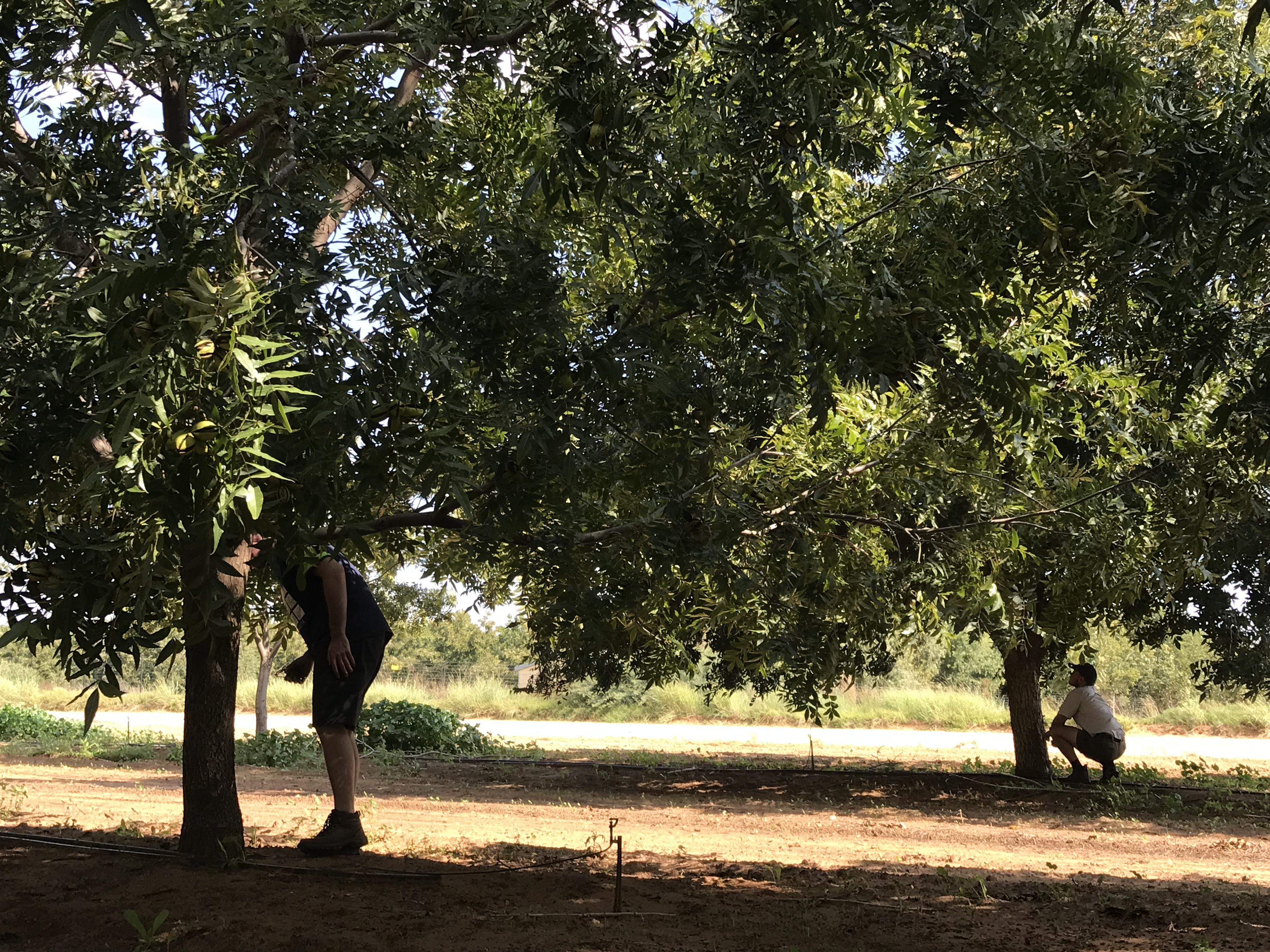 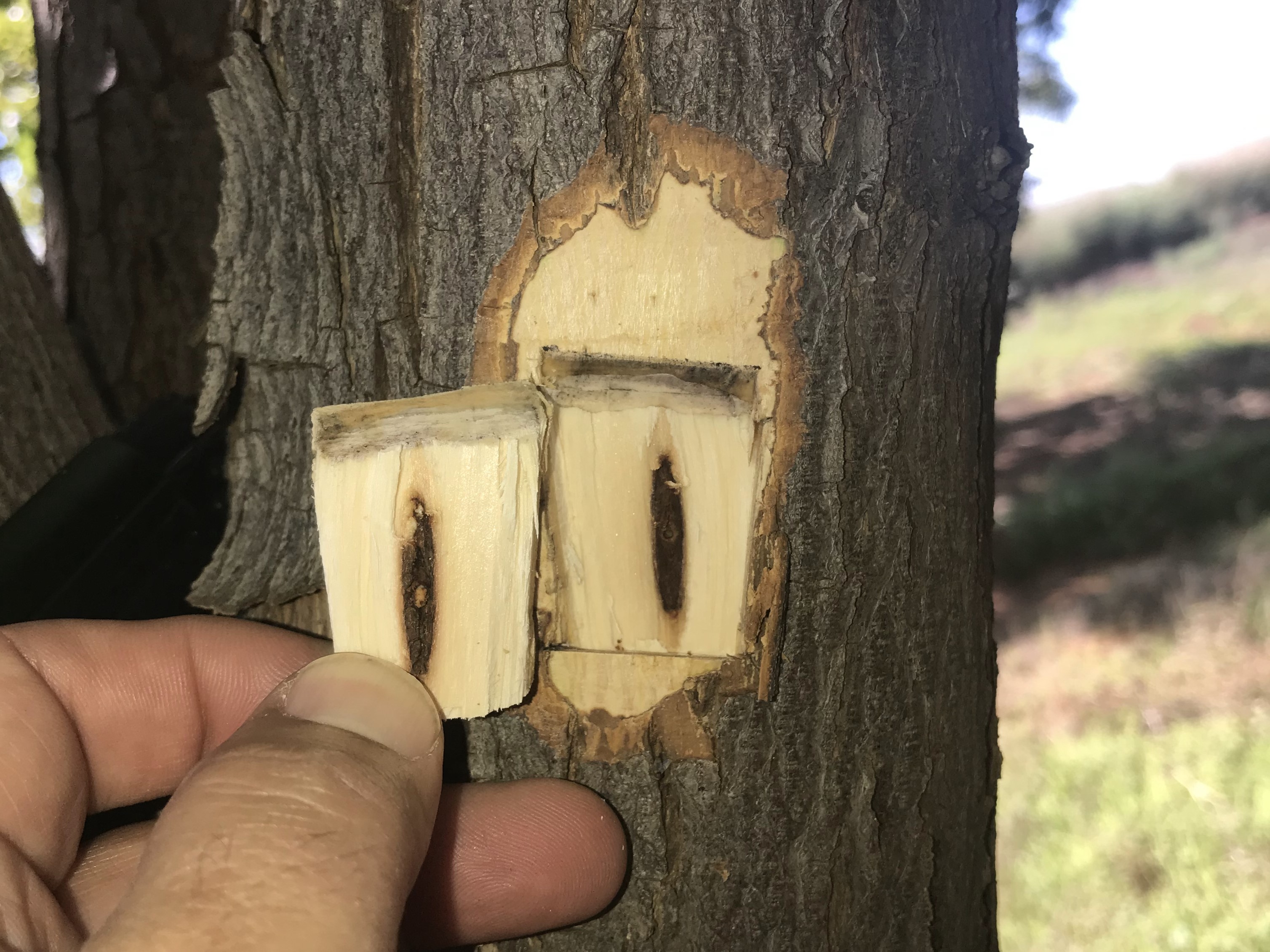 The aim of the survey was to map the extent of the current PSHB outbreak in pecan orchards in the Vaalharts Irrigation Scheme. High resolution aerial maps of the orchards based on a combination of drone and satellite images, were generated for the project by Annette Swanepoel and her team from the Northern Cape Department of Agriculture. During the survey 5237 individual trees were assessed and mapped for the presence of PSHB attacks. The data will be used to identify individual trees for long term monitoring to assess the impact of the PSHB fungi on these trees. In addition, the maps will be used to put out traps to monitor beetle activity over the next two years.