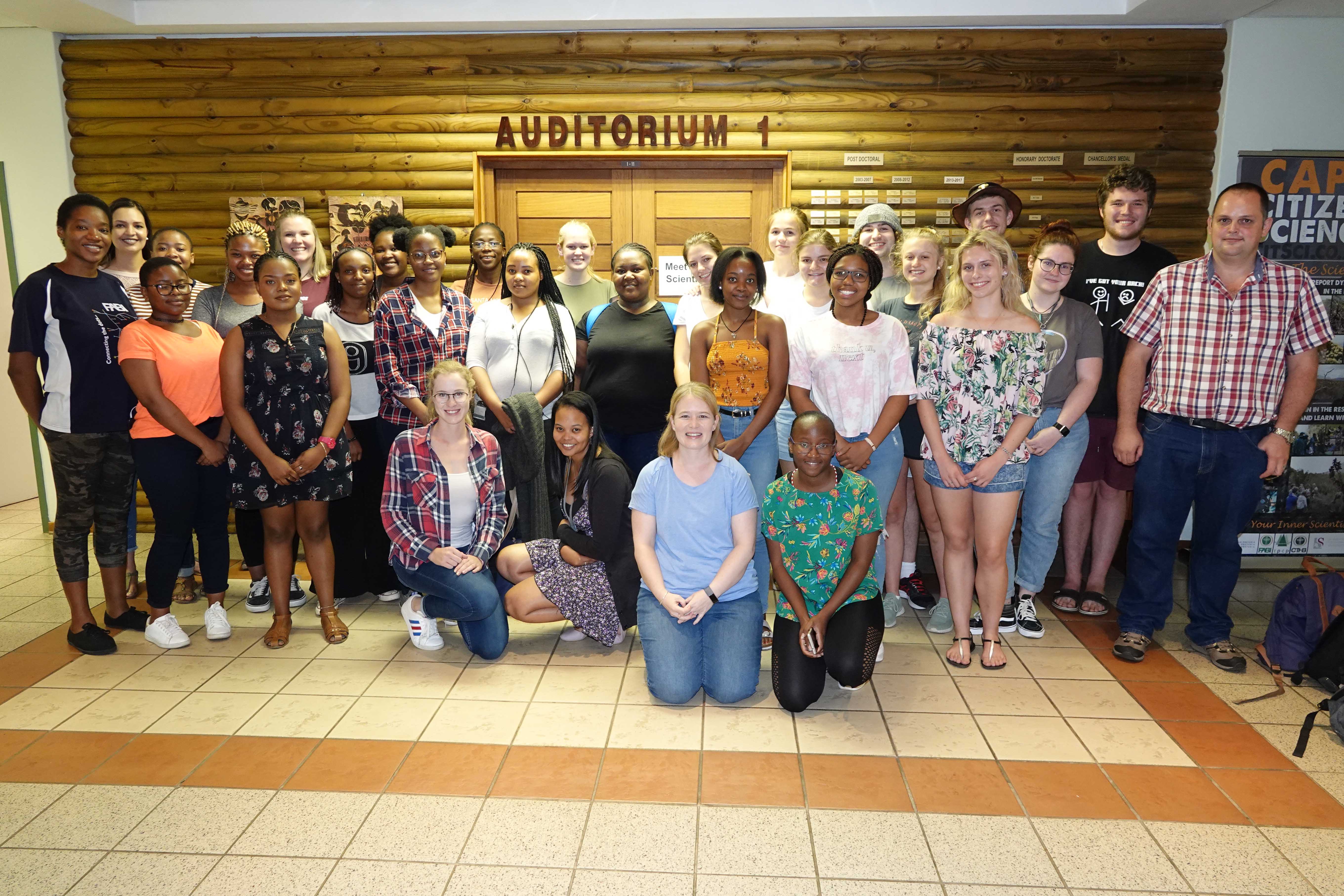 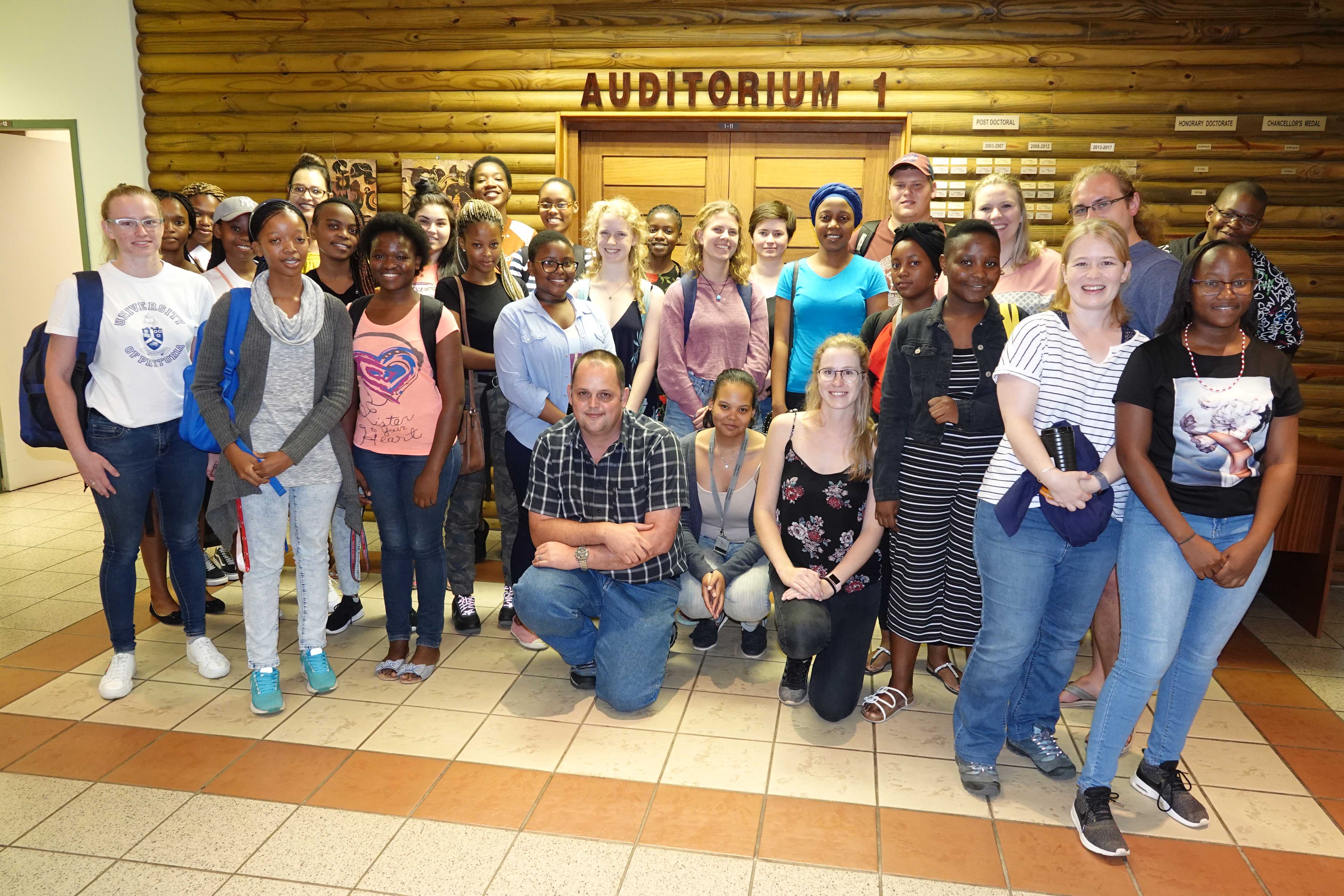 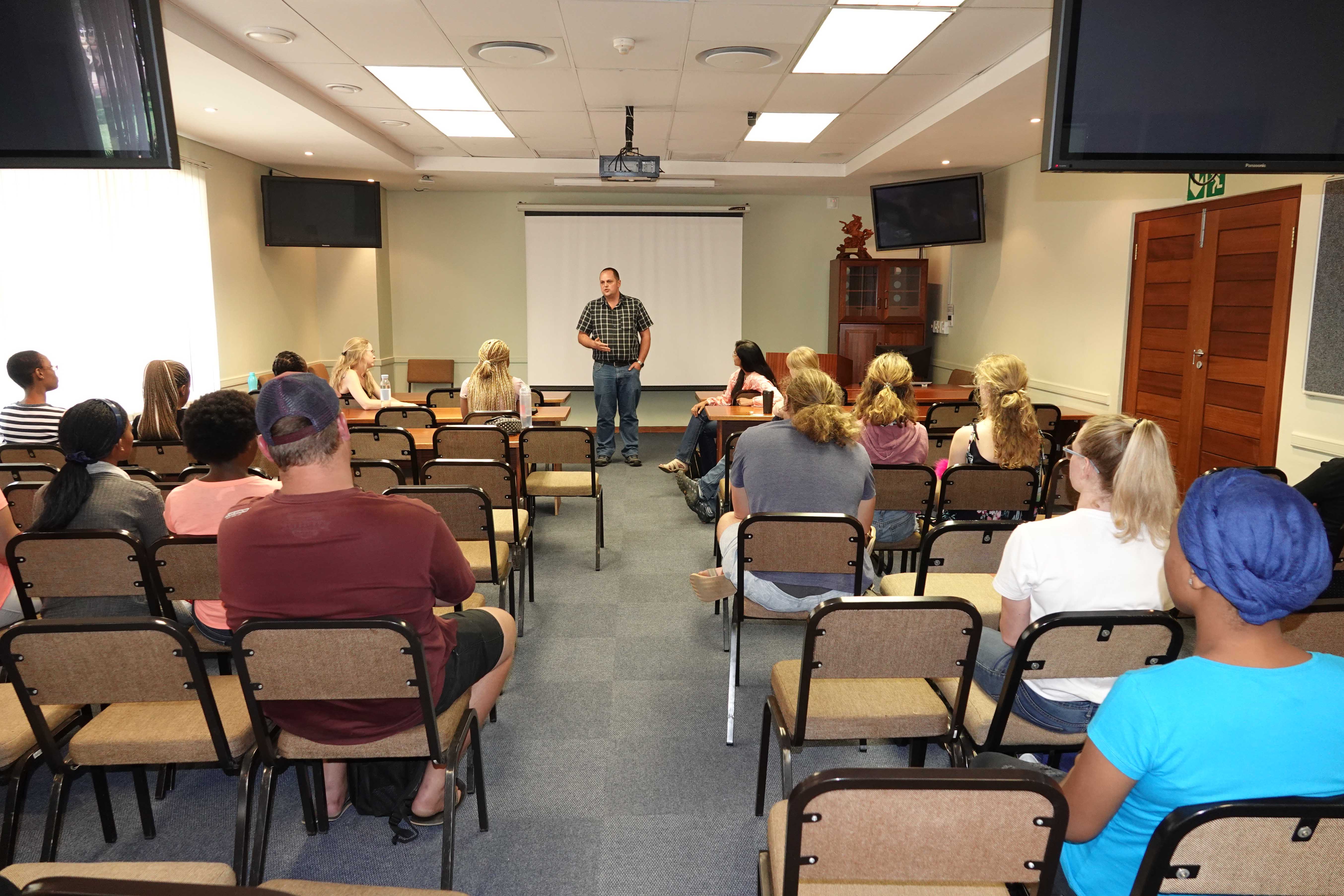 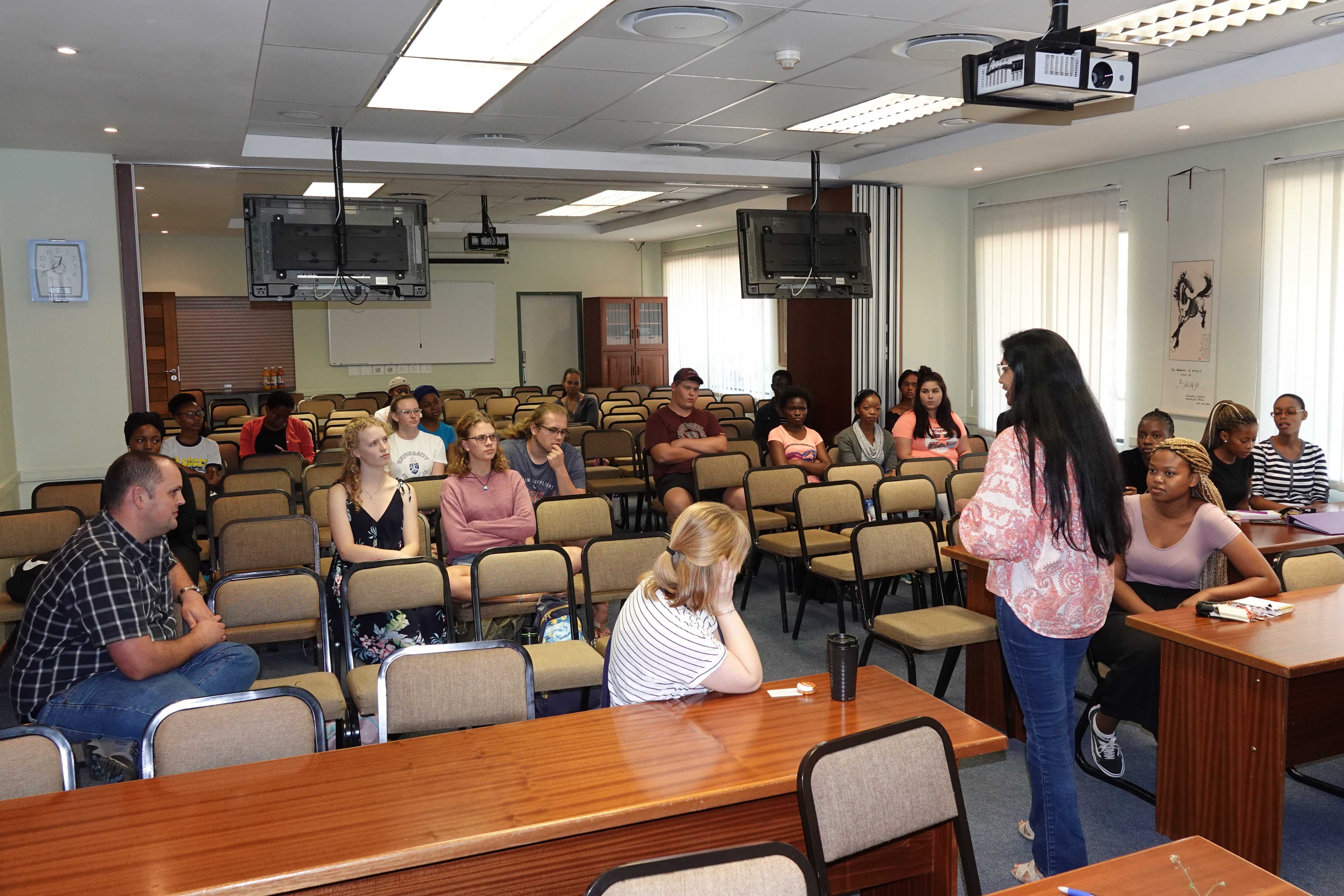 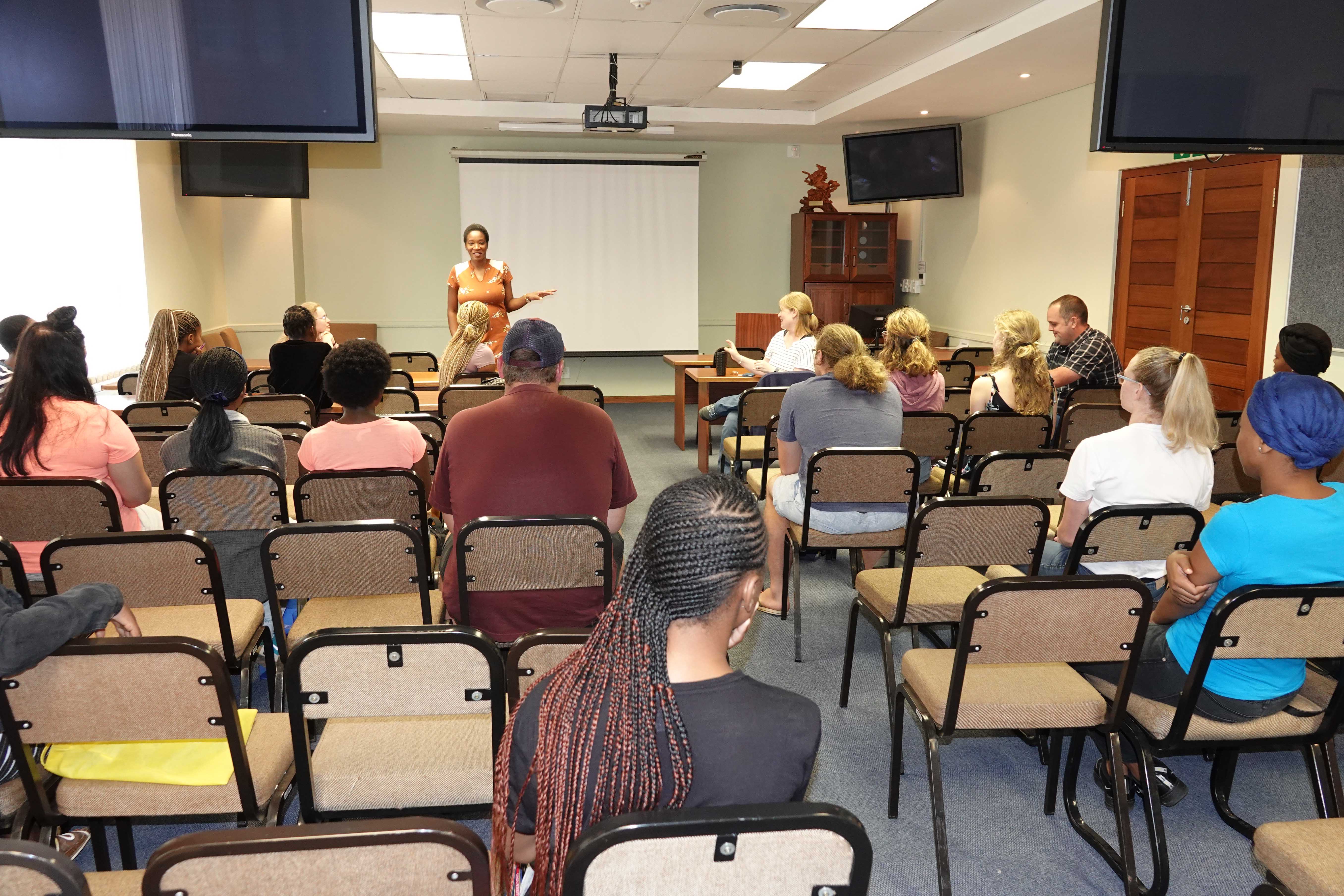 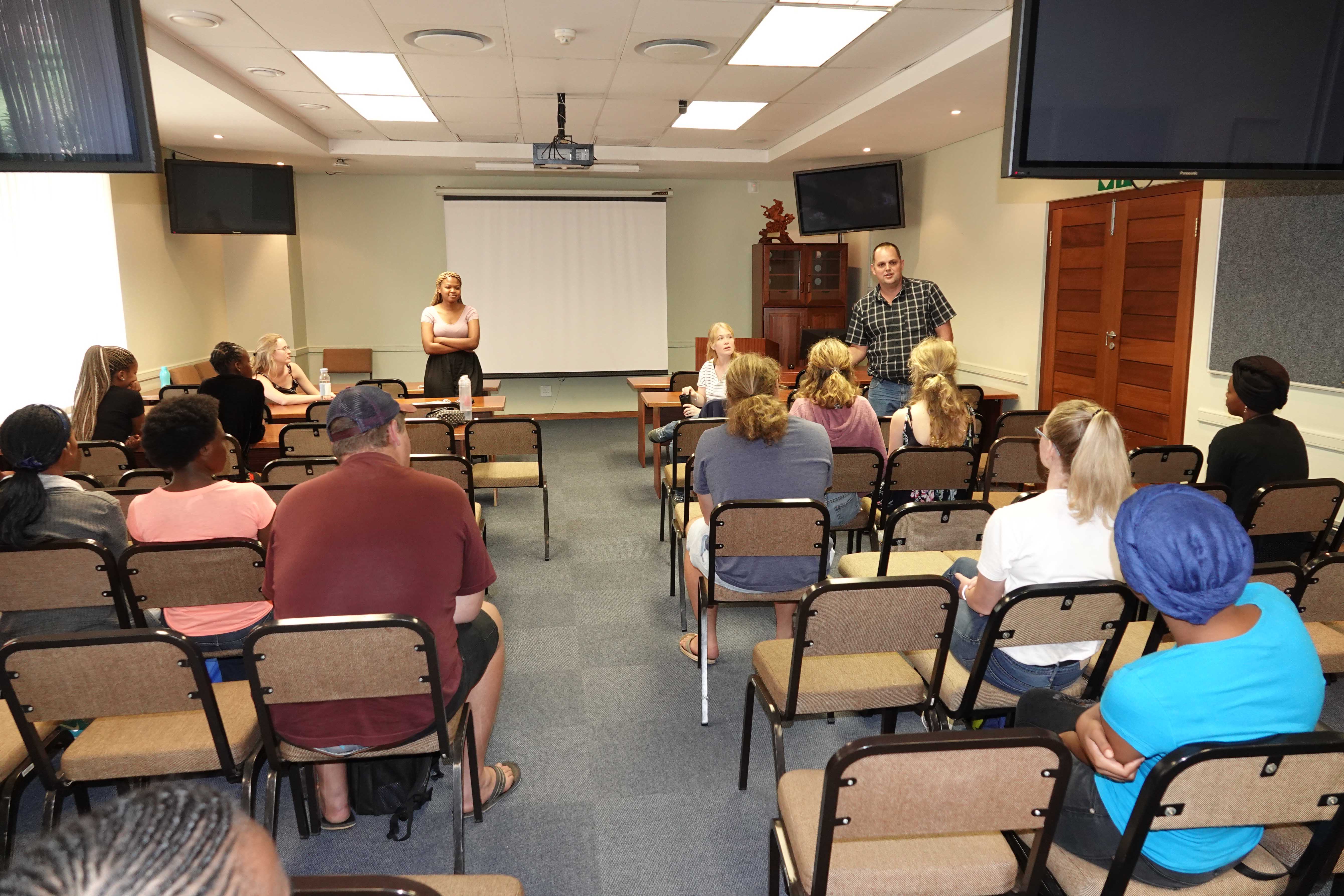 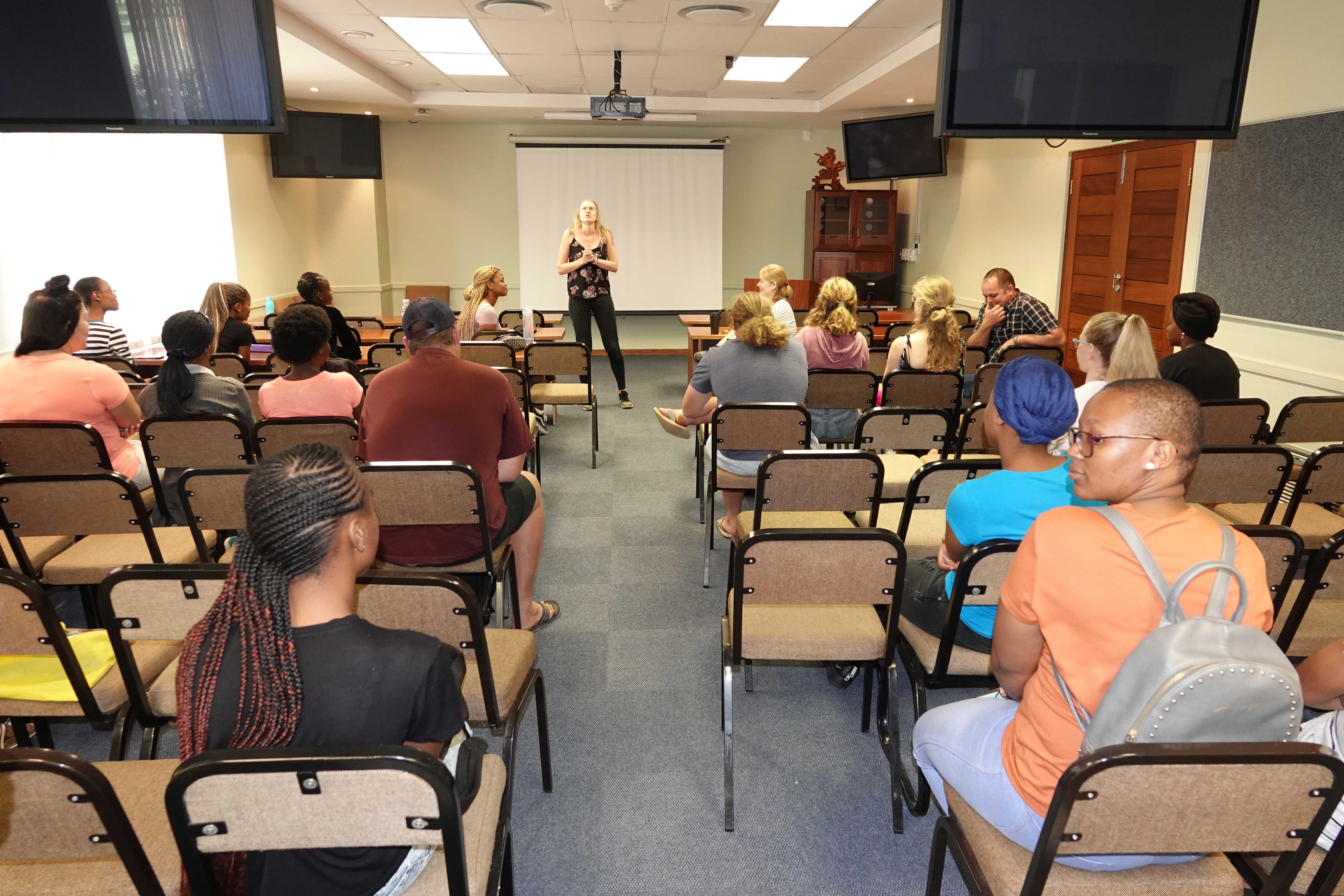 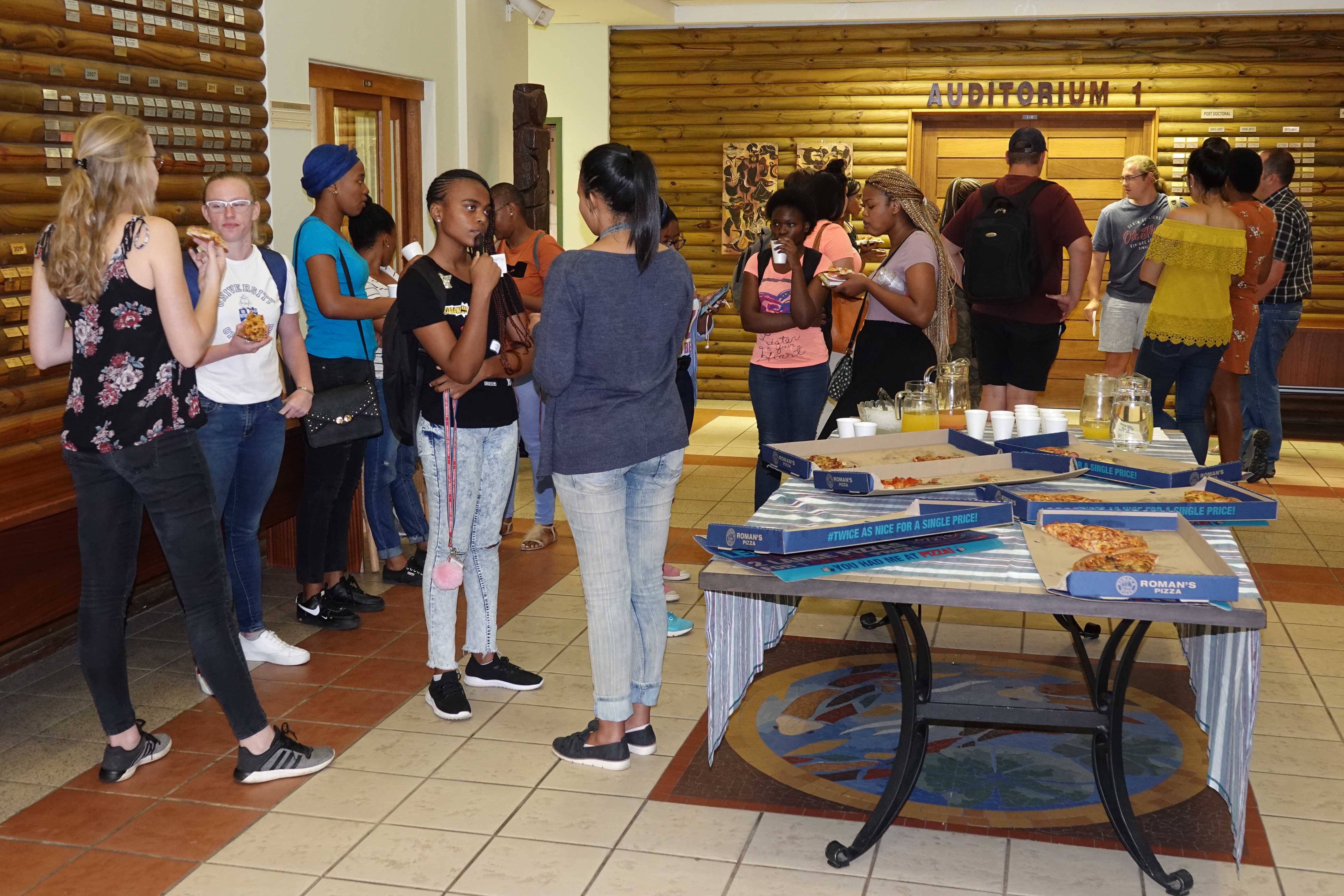 The CTHB Outreach Team at FABI hosted “Meet the scientists” information sessions for undergraduate students at the University of Pretoria on 26 and 27 February. Open to predominantly first-year BSc students, the aim of the sessions was to lift the veil on the options open to students after obtaining an undergraduate degree. The students met and interacted with researchers at FABI and toured the Institute.

Professor Sanushka Naidoo spoke about the different stages she underwent on her journey to academia. She related on how her struggle with Calculus at university led her to discovering her passion for cellular biology and biotechnology. Dr Chrizelle Beukes pointed out that there were enough options at postgraduate level to satisfy different interests and to ensure that the students did not feel “stuck” with their choices. She said there was enough support from supervisors and mentors at postgraduate level to “keep you going”. Dr Markus Wilken, who lectures some of the students, encouraged them to feed their curiosity as future researchers and apply for bursaries and funding for their postgraduate studies.

PhD student Benedicta Swalarsk-Parry said though she found her Honours year challenging, it was also the “most exciting time of my postgraduate career” and it whetted her appetite for research. She said receiving funding for her postgraduate studies “liberated” her because she did not depend on her parents to pay her fees. MSc student Nomaswazi Maseko said though she was encouraged by her parents to pursue a career that “makes sense financially”; she found that a “marriage” of two subjects she loves – Microbiology and Genetics – worked for her. She encouraged the students to work on their time management skills to prepare them for postgrad research. Daniella Kramer said she had brushed up on her presentation skills during her Honours year and spoke of the benefits of teaming up with a complementary supervisor.