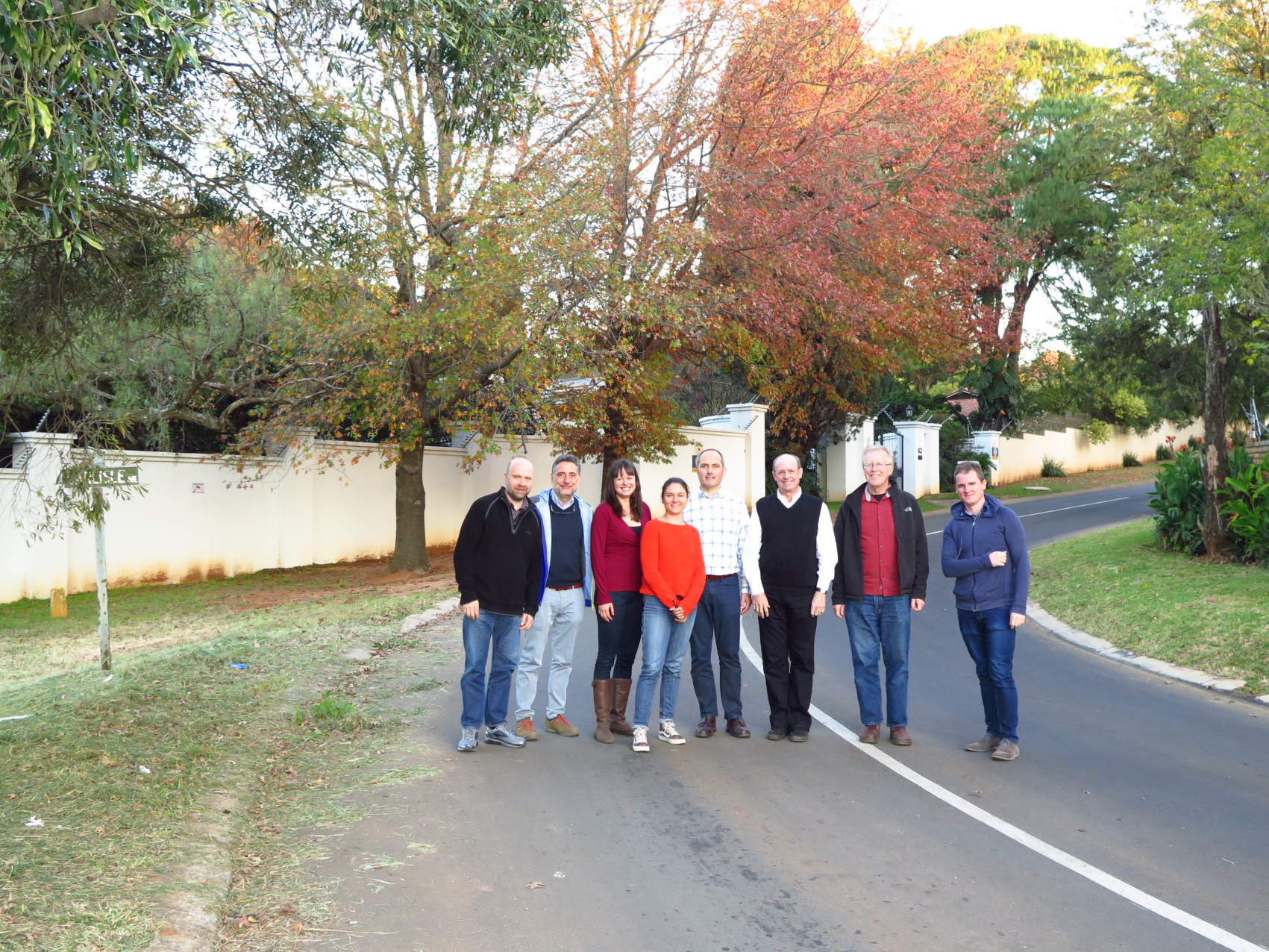 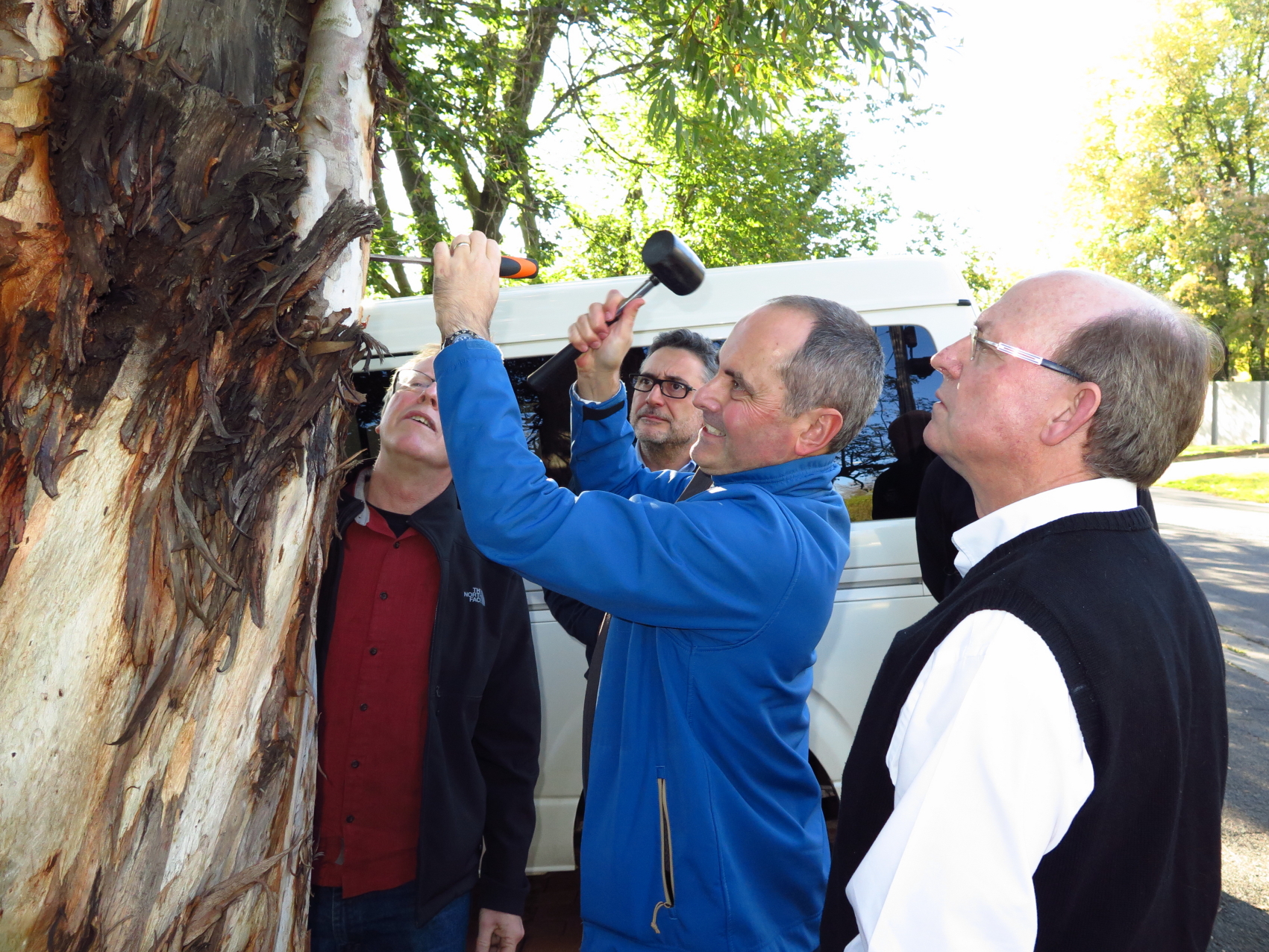 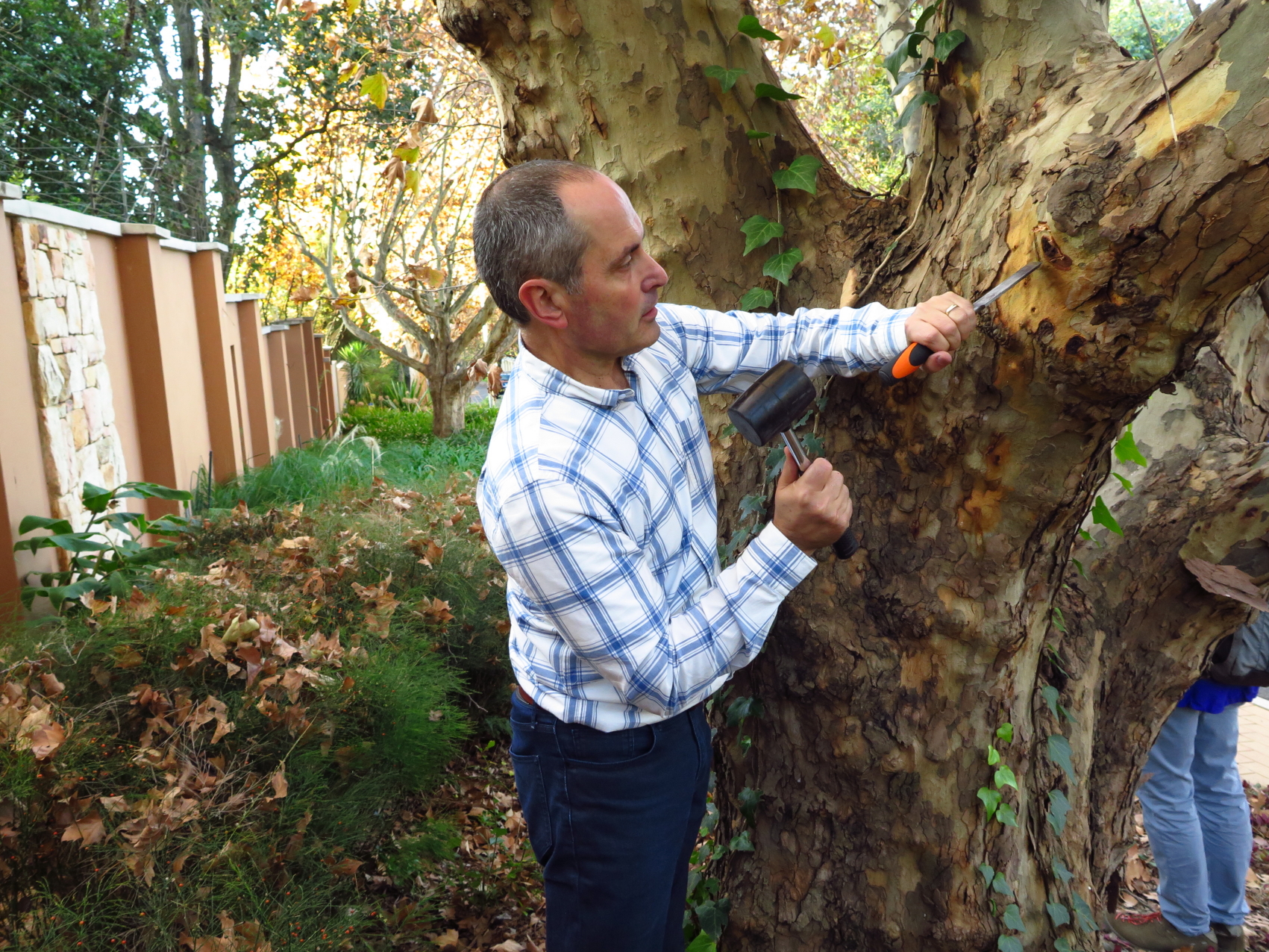 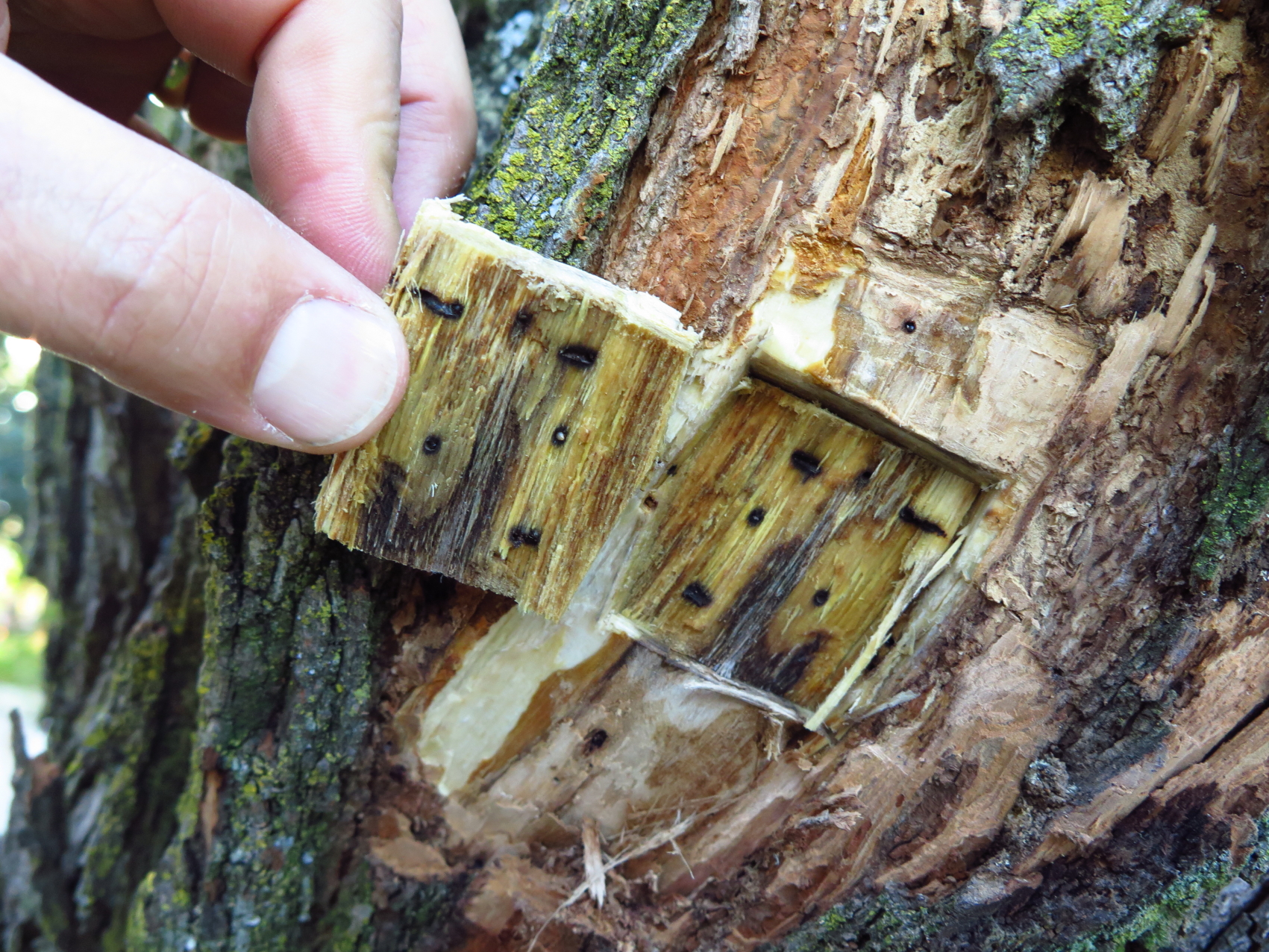 The invasive and aggressive Polyphagous Shot Hole Borer (PSHB) was discovered killing trees in South Africa by FABI Postdoctoral Fellow Dr Trudy Paap in 2017.  This has prompted FABI to take a lead in identifying the extent of the outbreak and its impact on indigenous, forestry and ornamental tree species.

To this end, a team of 13 FABIans conducted a survey of infestation levels and symptoms of garden and street trees in the Johannesburg suburb of Hurlingham on 4 May. This was followed by a visit to the suburb and nearby Craighall Park on 17 May by Proff Mike Wingfield, Wilhelm de Beer and leading tree health, invasion biology and chemical ecology experts Prof Jeremy Allison, Dr Andrew Liebhold and Dr Alberto Santini along with Josephine Queffelec.

Professor Wilhelm de Beer showed the group the extent of the PSHB infestation on garden and street trees as well as the symptoms that typify these infestations. Numerous samples were also collected for analysis at FABI. This involves not only identifying the beetles where they are present but the symbiotic and pathogenic fungus (a species of Fusarium) that the beetles carry and on which they feed.

FABI alreadyo established an Ambrosia Beetle Working Group in February to co-ordinate research efforts, monitor and consolidate data on the spread of the beetle and host tree reports in the country, investigate possible control strategies, and advise government bodies, industry, and the public on treatment of infested trees and wood.