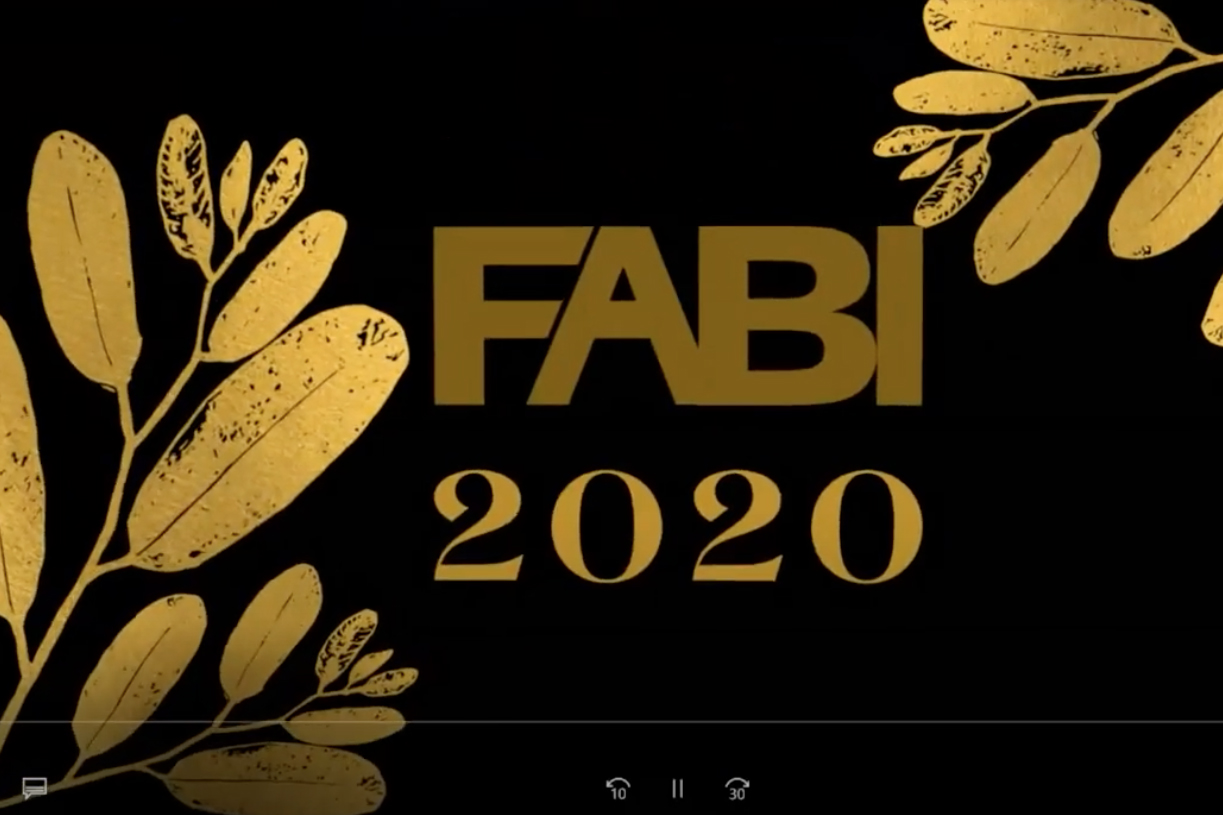 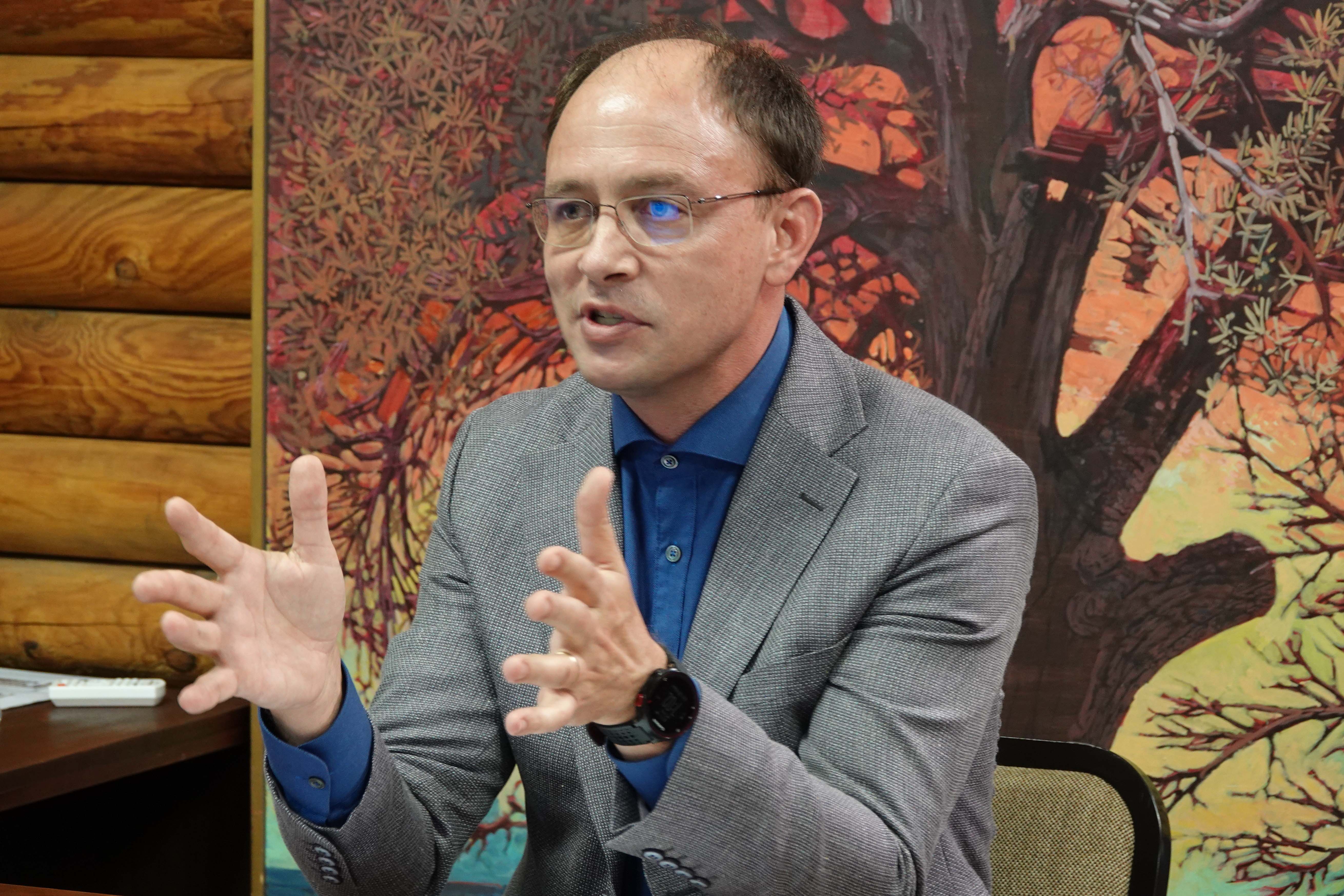 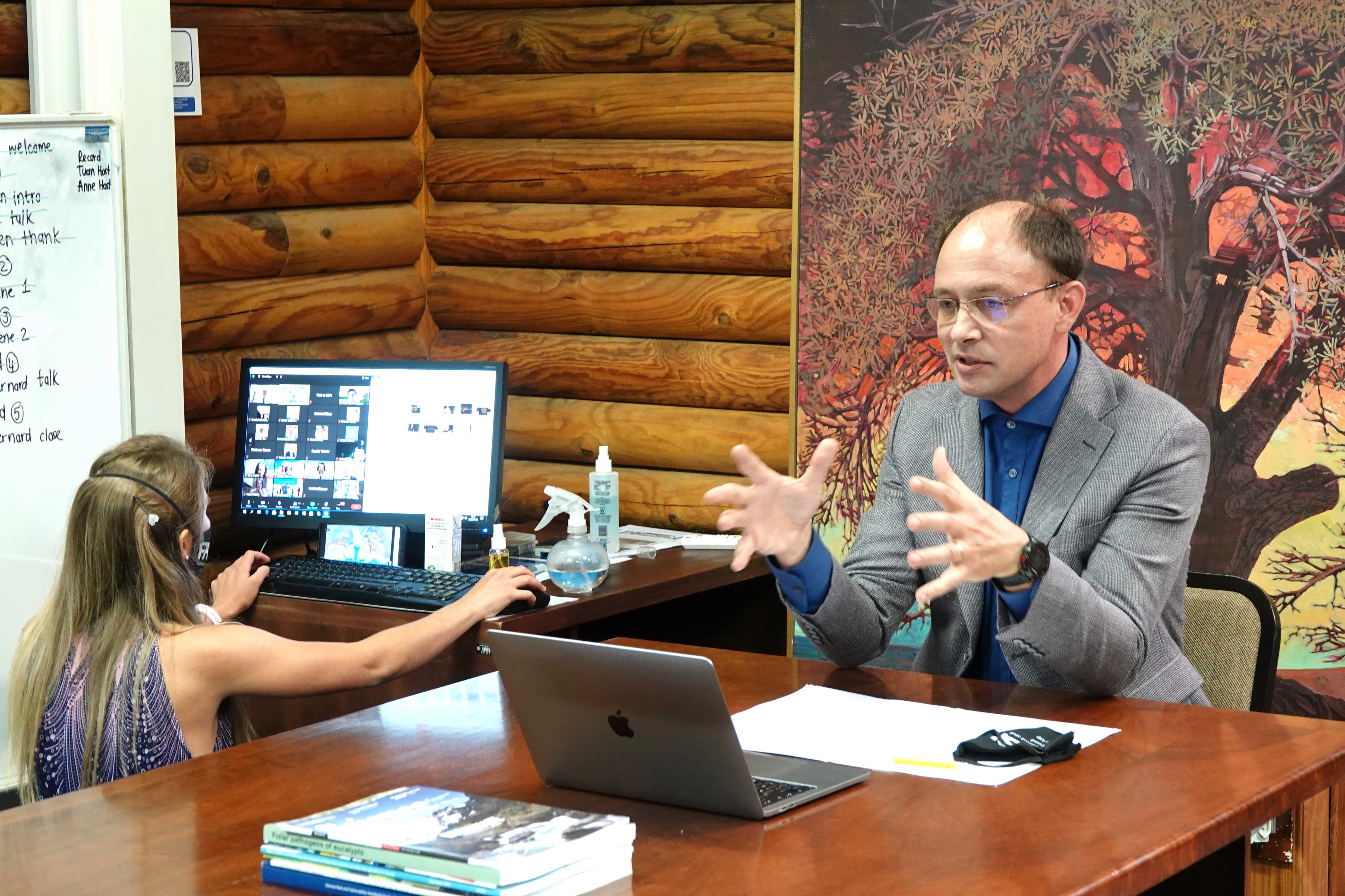 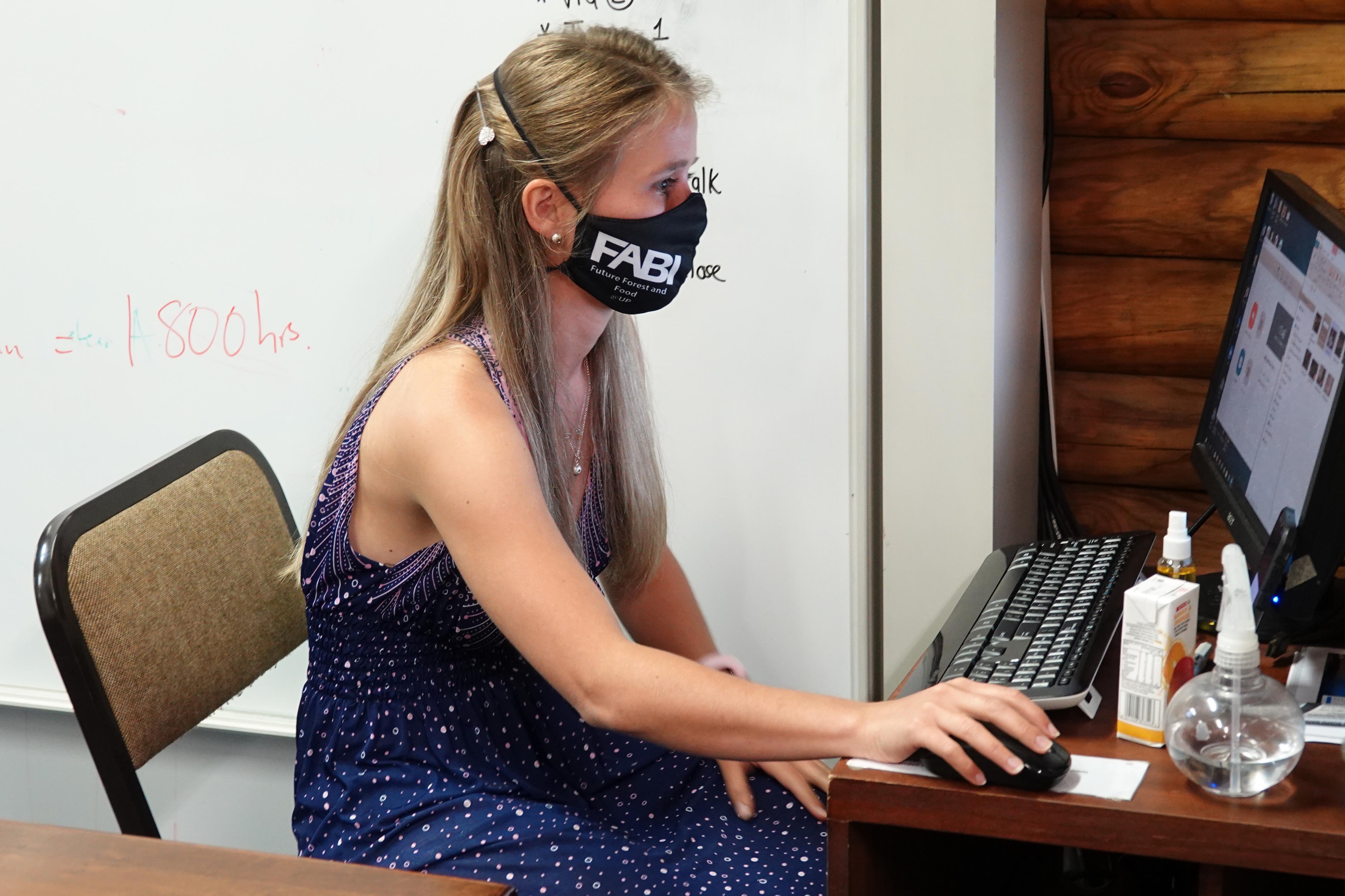 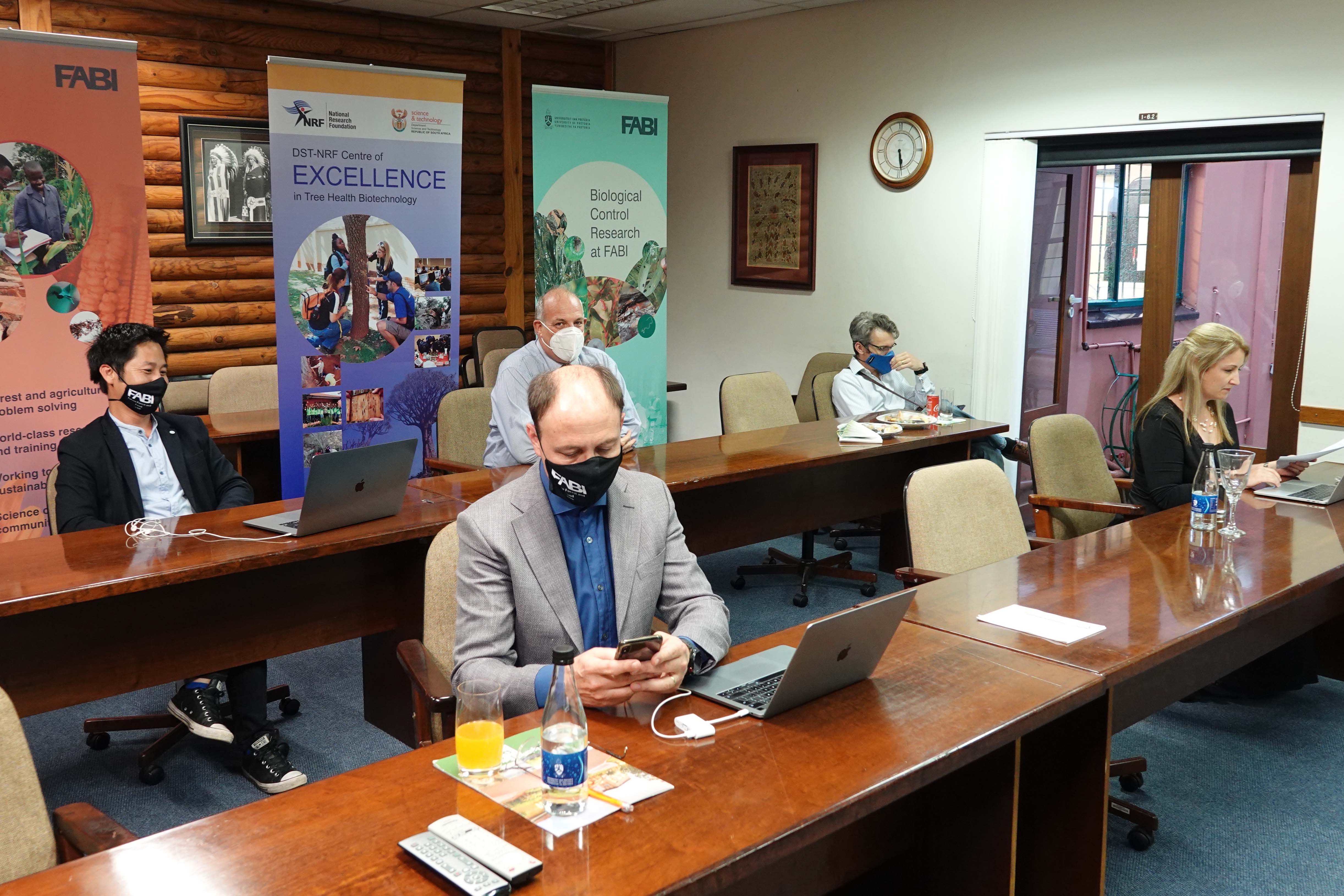 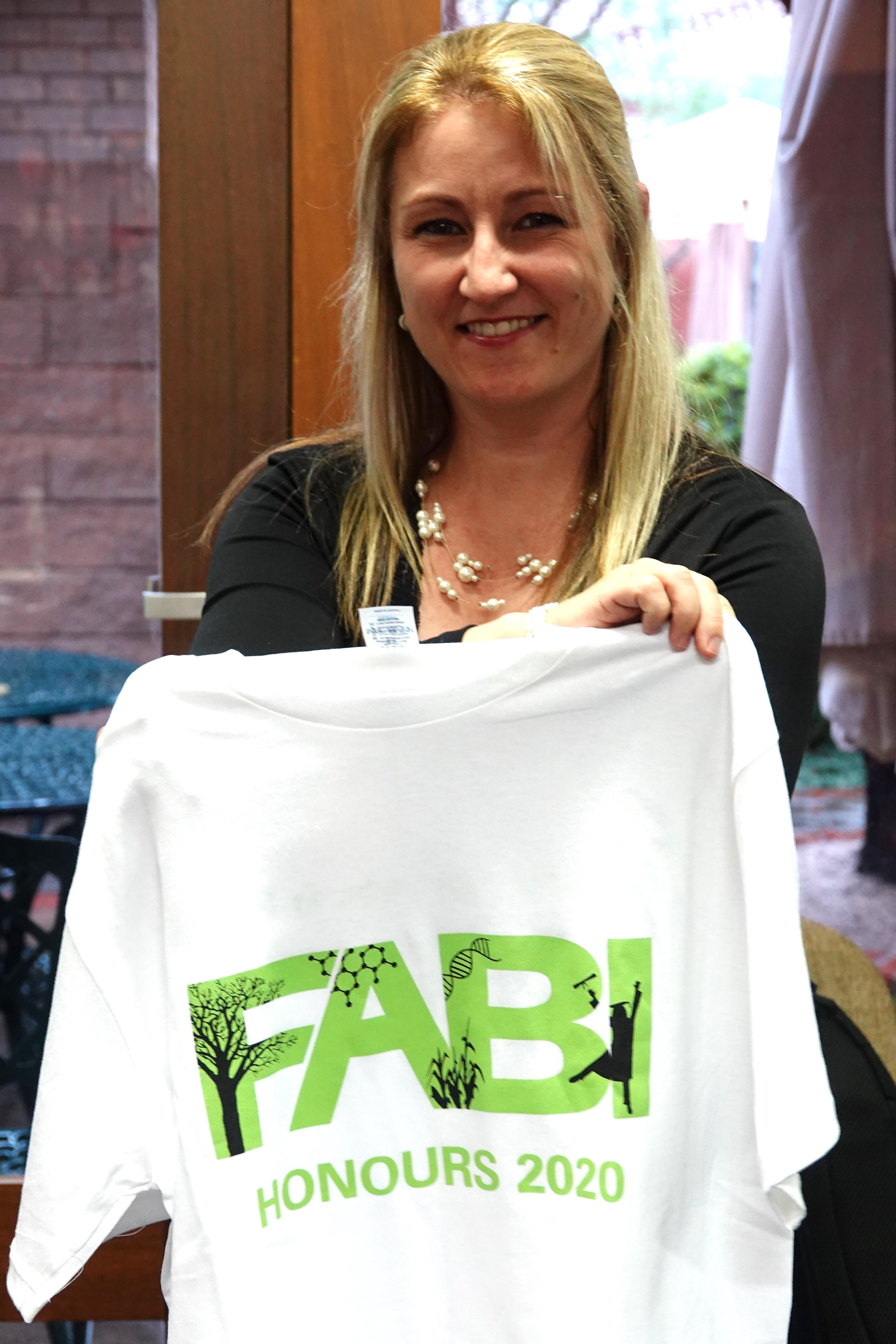 FABIans celebrated their stellar achievements in 2020 and toasted to new partnerships on 21 November at the first virtual year-end function. Owing to restrictions on public gatherings due to the global Covid-19 pandemic, the Institute extended the invitation to its annual awards night to friends and collaborators worldwide by hosting an online event. Partners in Belgium, Canada, China, Colombia, Ethiopia, South Africa, Scotland and the United States of America attended the ceremony, whose theme celebrated the beauty in biodiversity and creativity.

Announcing an exciting new partnership with the Javett Art Centre at the University of Pretoria, FABI Director Prof. Bernard Slippers described art as a way for “humanity to connect with nature” and to foster “empathy and action to ensure the future sustainability of this planet.” Prof. Slippers said the Art in Biodiversity initiative was a step to inspire “learning and action” to promote and protect biodiversity.

Plant biotechnologist, poet and science communicator Prof. Anna Osbourn was the guest speaker and she spoke of the synergy between science and art.  Prof. Osbourn related how she had used art to communicate the beauty of science with young children and adults who were not acquainted with science. As a “part of everyday life” science should be more accessible and not be kept in an “ivory tower”, she encouraged. Prof. Osbourn recalled her experiences leading up to the formation of the Science Art Writing initiative.

FABI honoured its community on the night with awards in various categories presented by Prof. Irene Barnes. PhD candidate Josephine Queffelec received the premium award for the night, FABIan of the Year as well as an award for the Best Student Website. The FABIan of the Year award comes with an airplane ticket to attend an international conference anywhere in the world.

FABI annually honours the contributions of people external to the Institute and this year recognised Chief Executive Officer of Grain SA Mr Jannie de Villiers and Managing Director of SANSOR Dr Lukeshni Chetty for their leadership in the signing of memoranda of understanding with their organisations and the University of Pretoria. This culminated in the launch of the Grain Research Programme at FABI in August.

In honour of UP staff who have contributed immensely to FABI over the years, Prof. Barnes acknowledged  Deputy Dean: Teaching and Learning of the Faculty of Natural and Agricultural Sciences Prof. Paulette Bloomer and FABI librarian Ms Rianie van der Linde. Prof. Barnes said the award recognised Prof. Bloomer’s ongoing support and mentorship of emerging researchers and creating a “healthy balance between research and teaching” in the Department of Biochemistry, Genetics and Microbiology. She applauded the interest and support that Ms van der Linde had shown the staff and students in FABI over the years in bestowing the award.

The Art in Biodiversity video links: