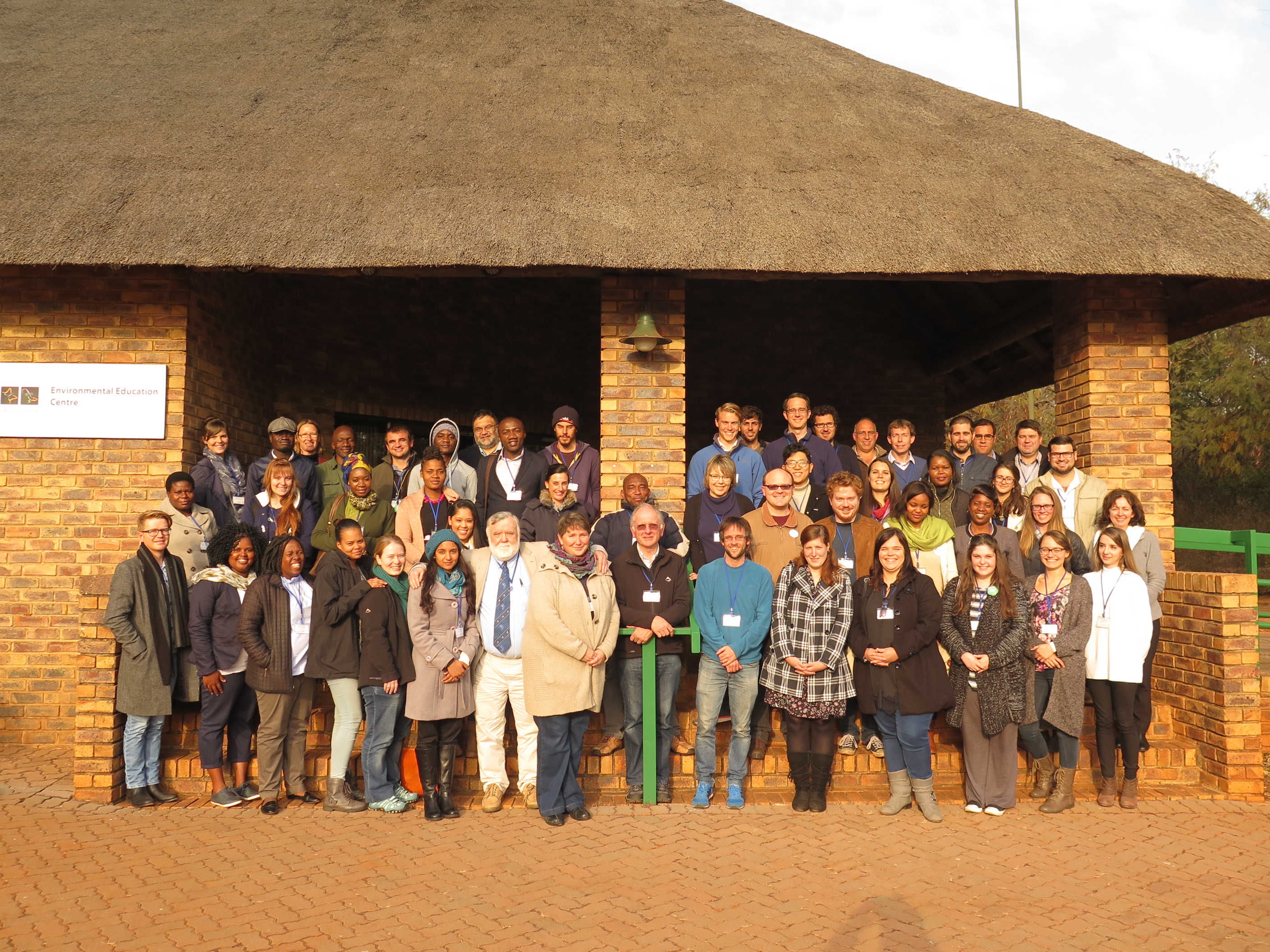 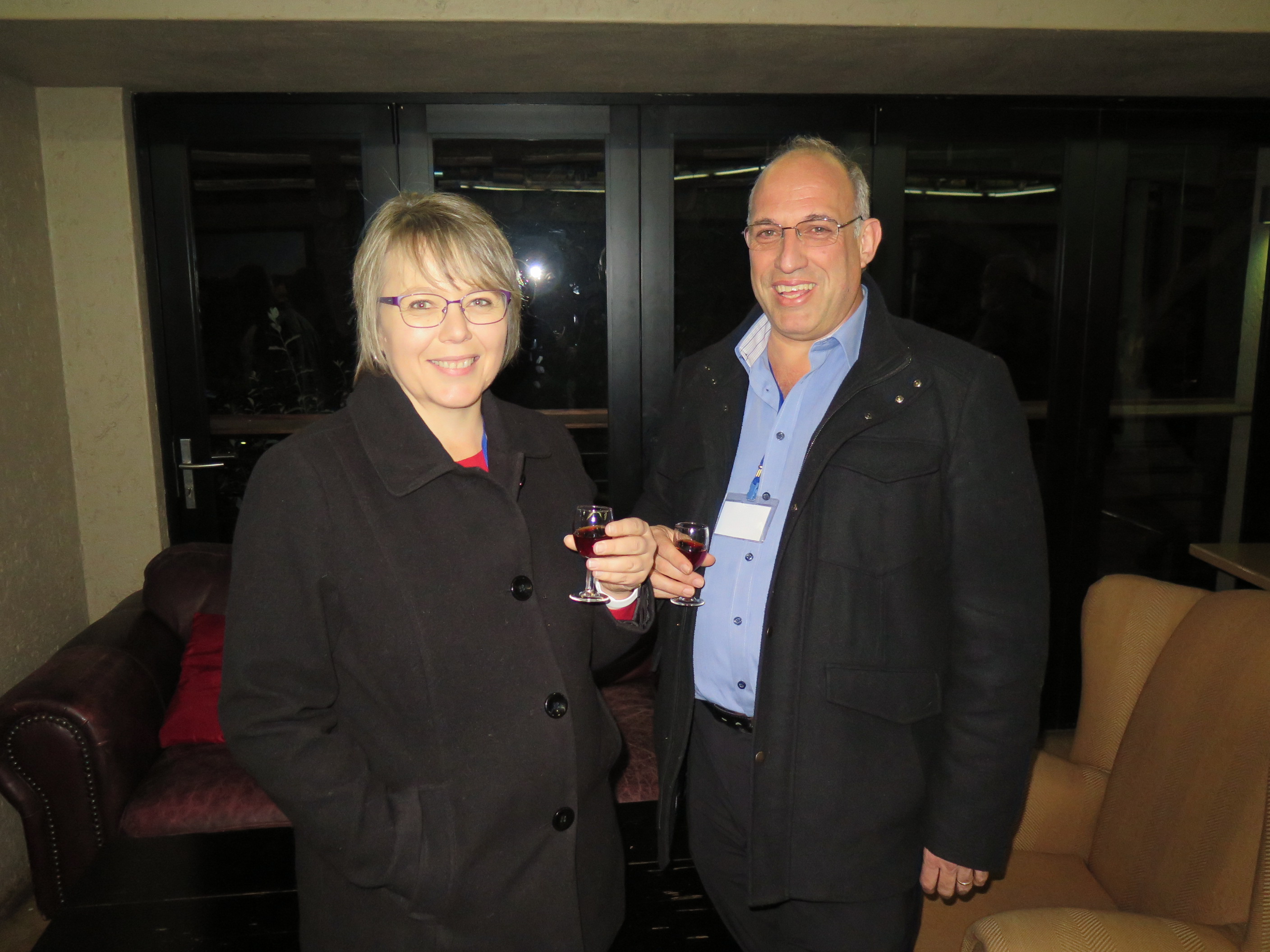 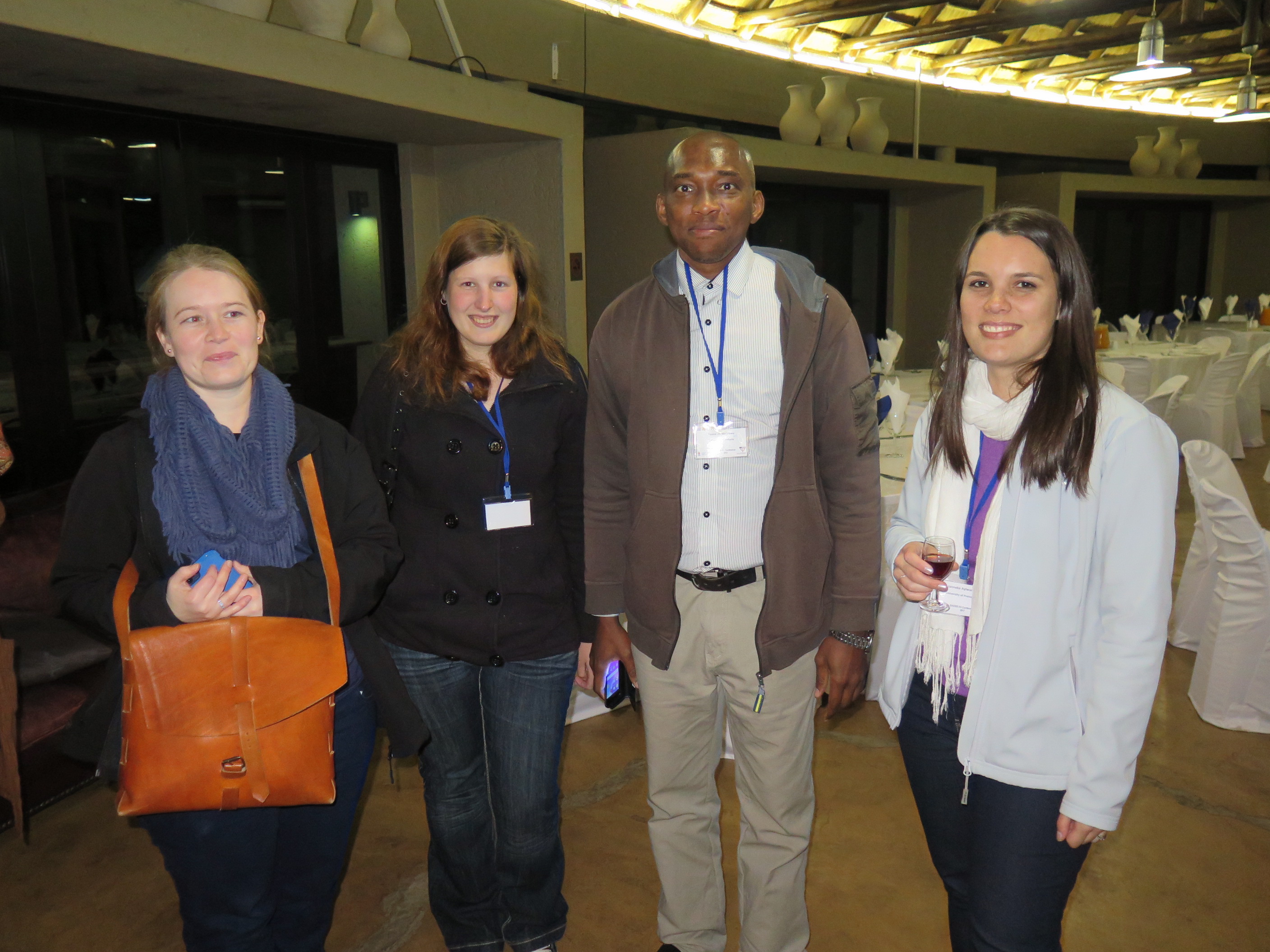 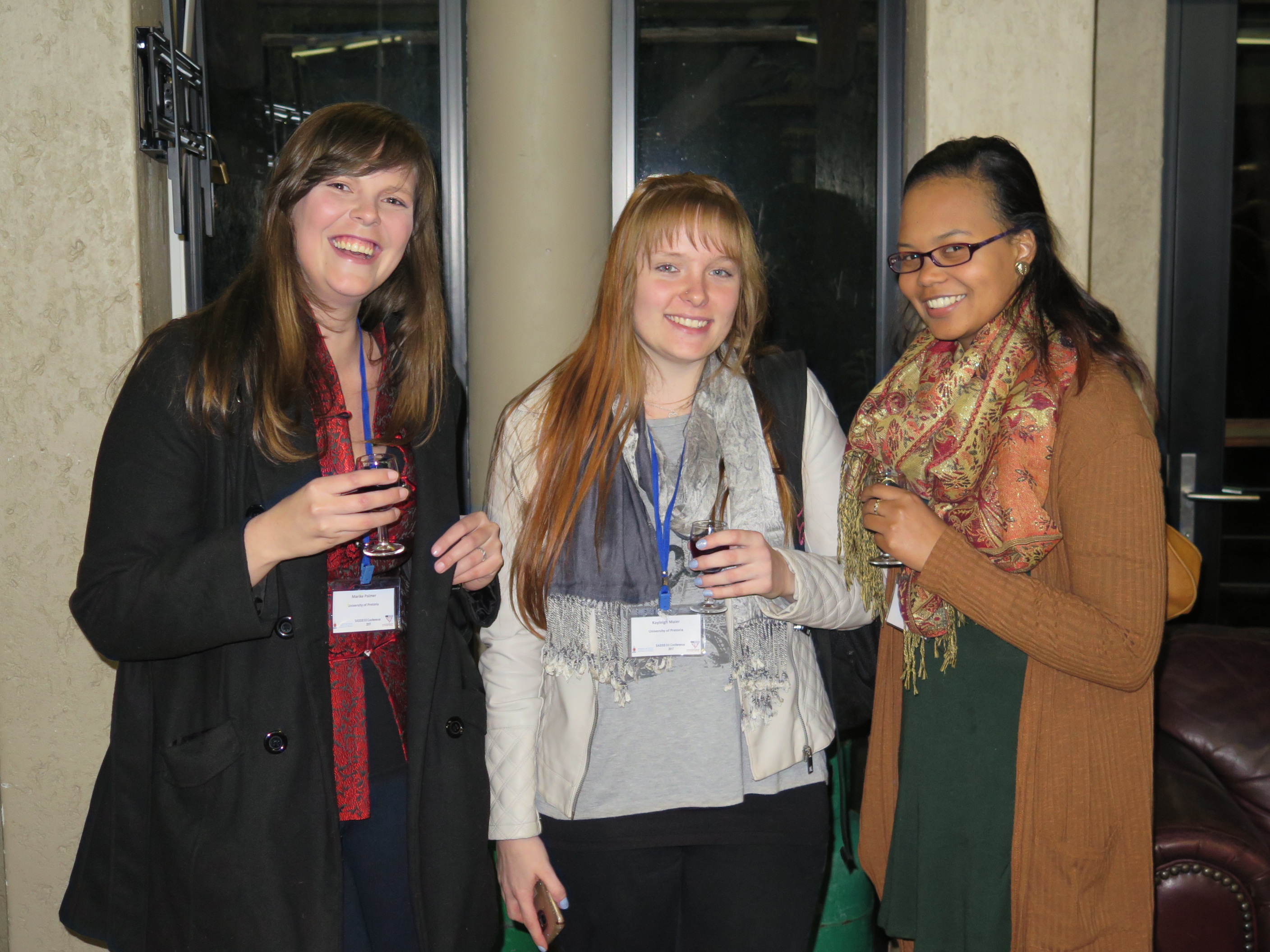 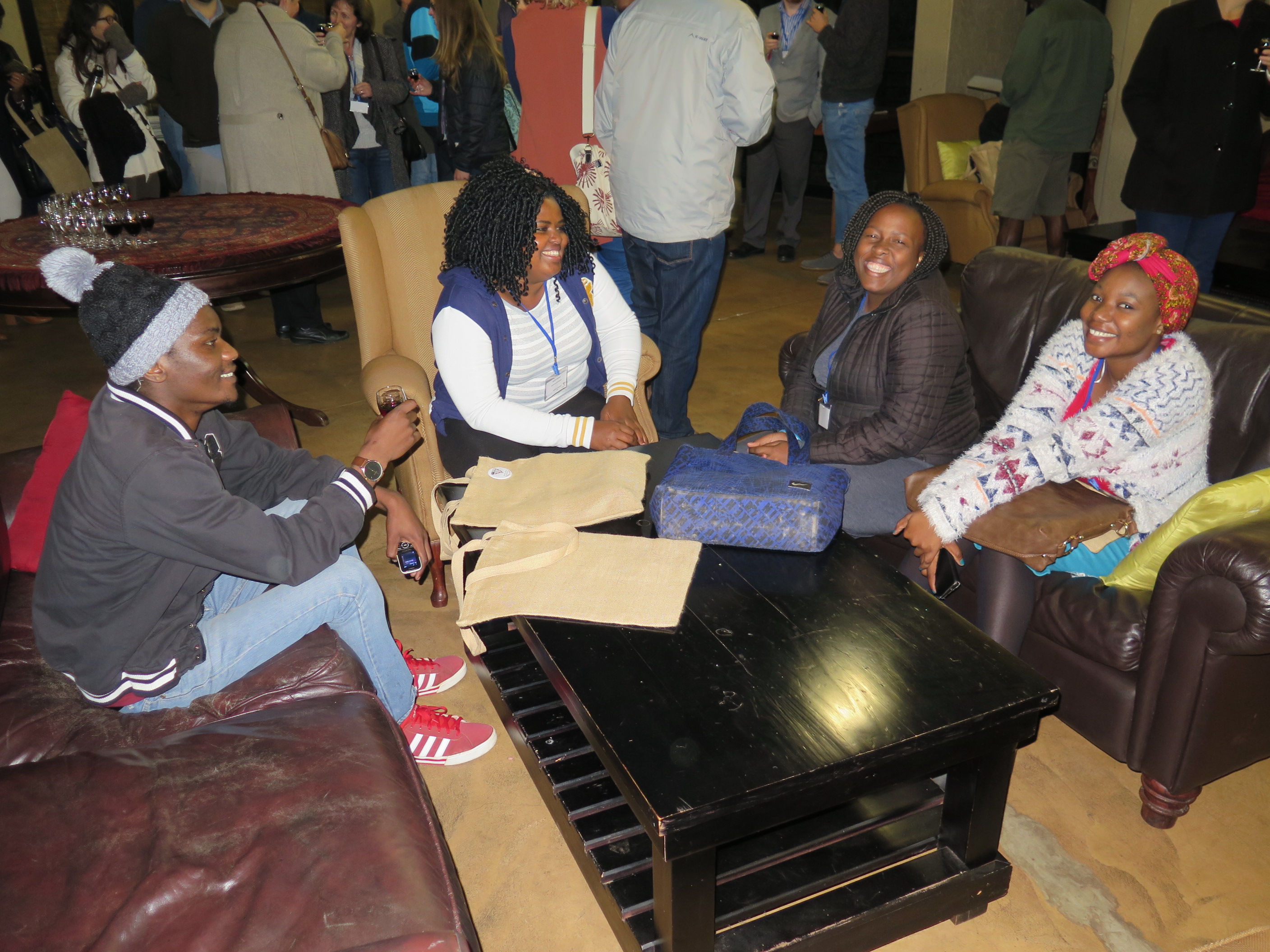 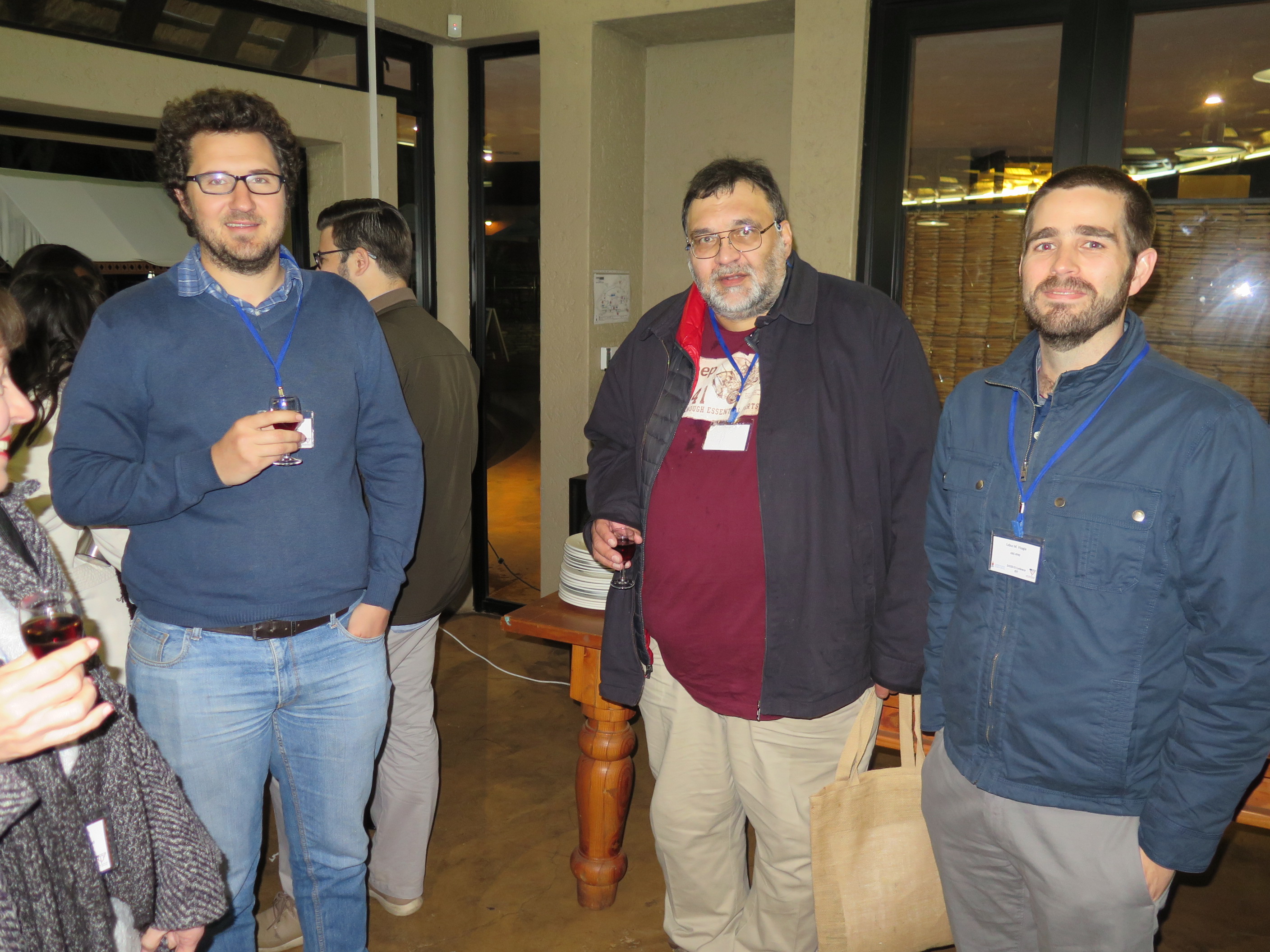 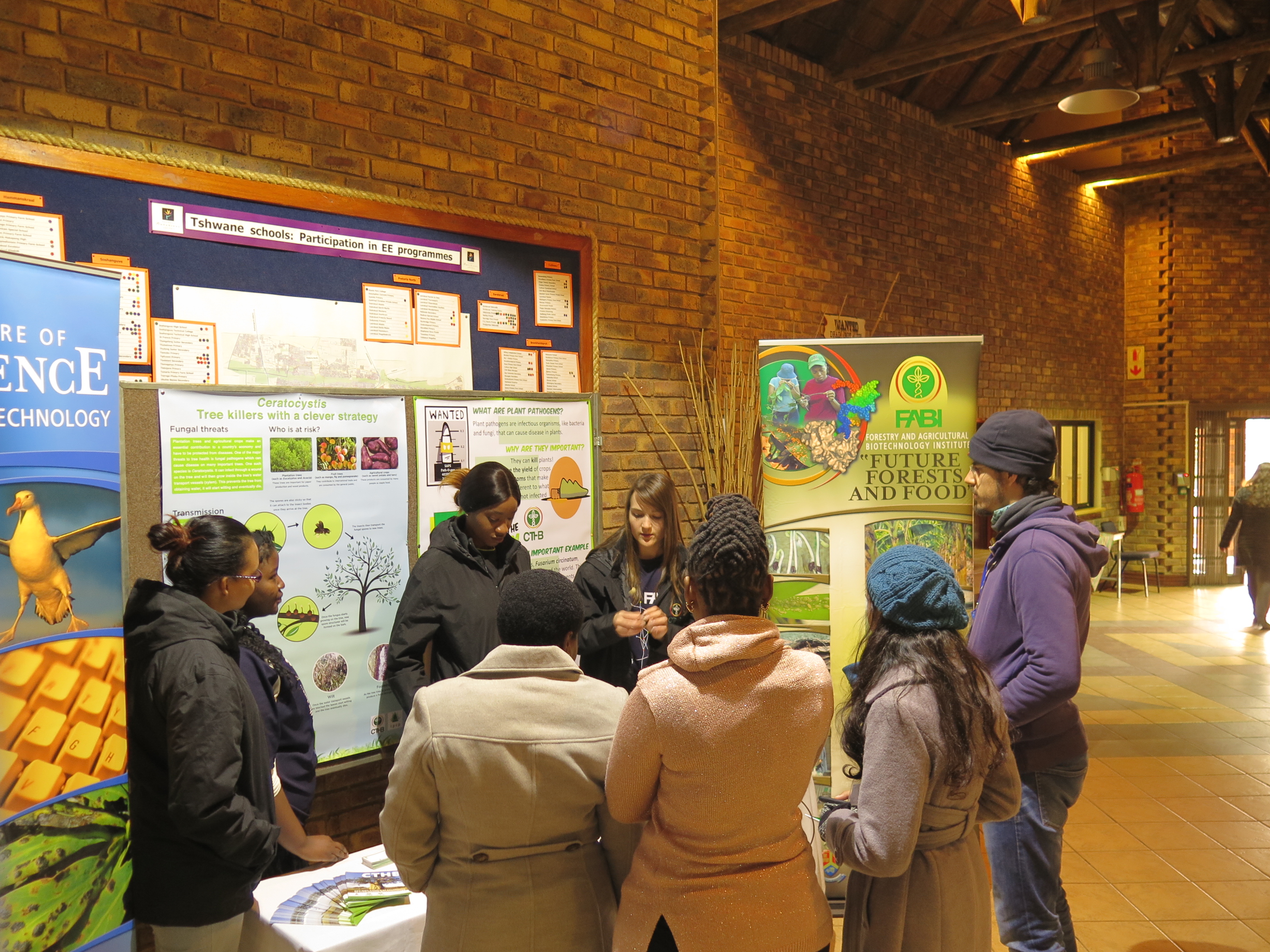 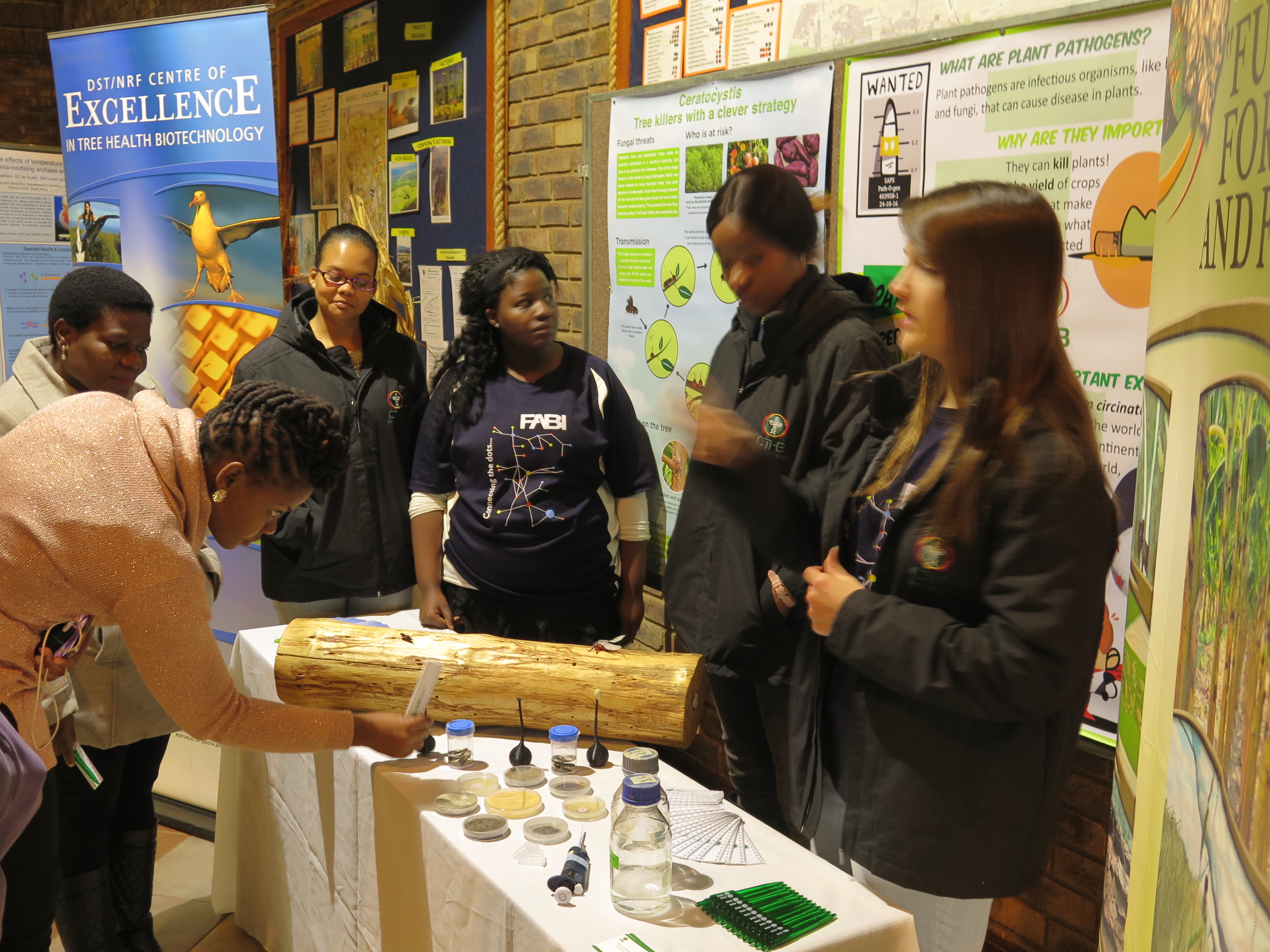 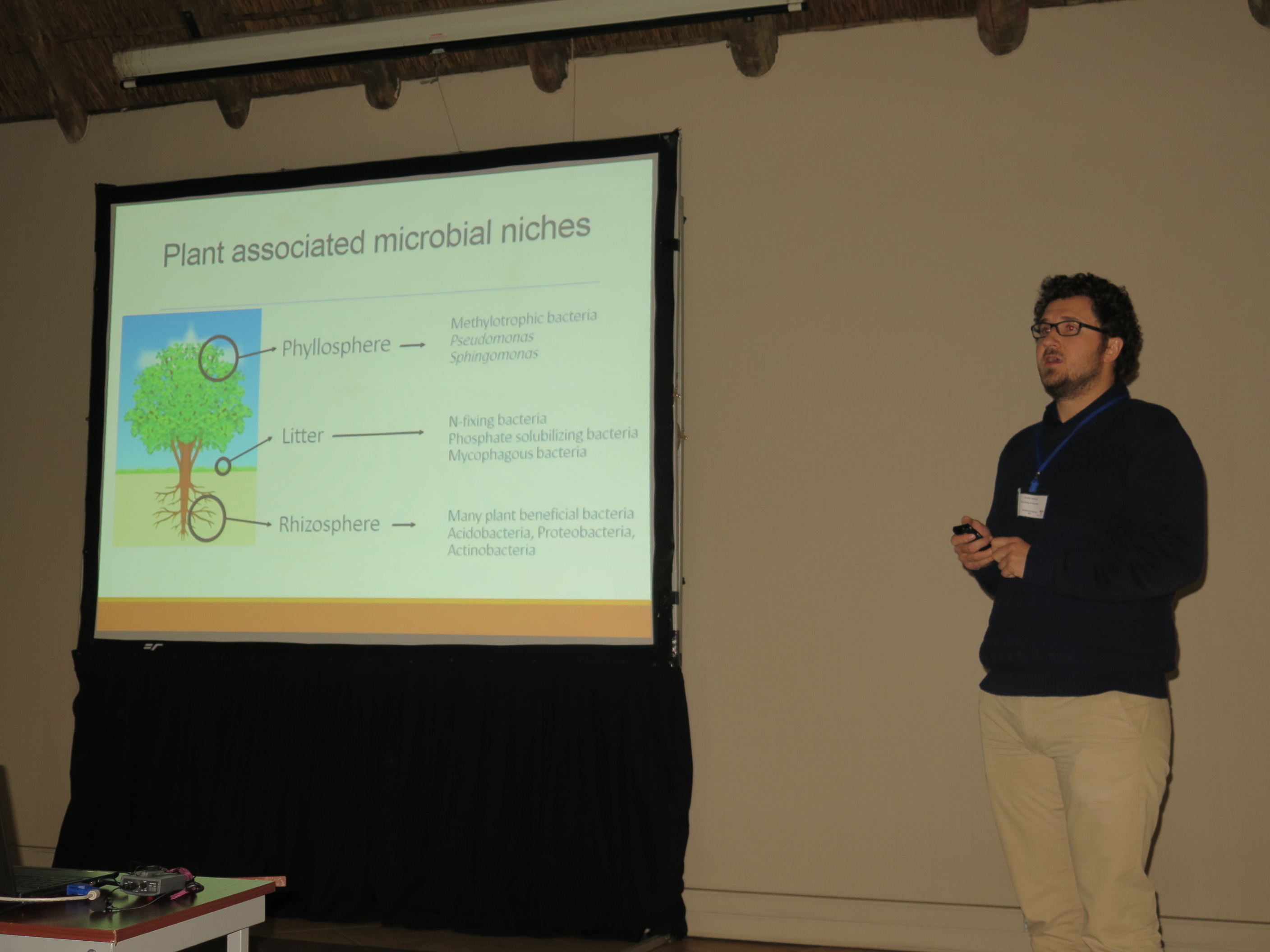 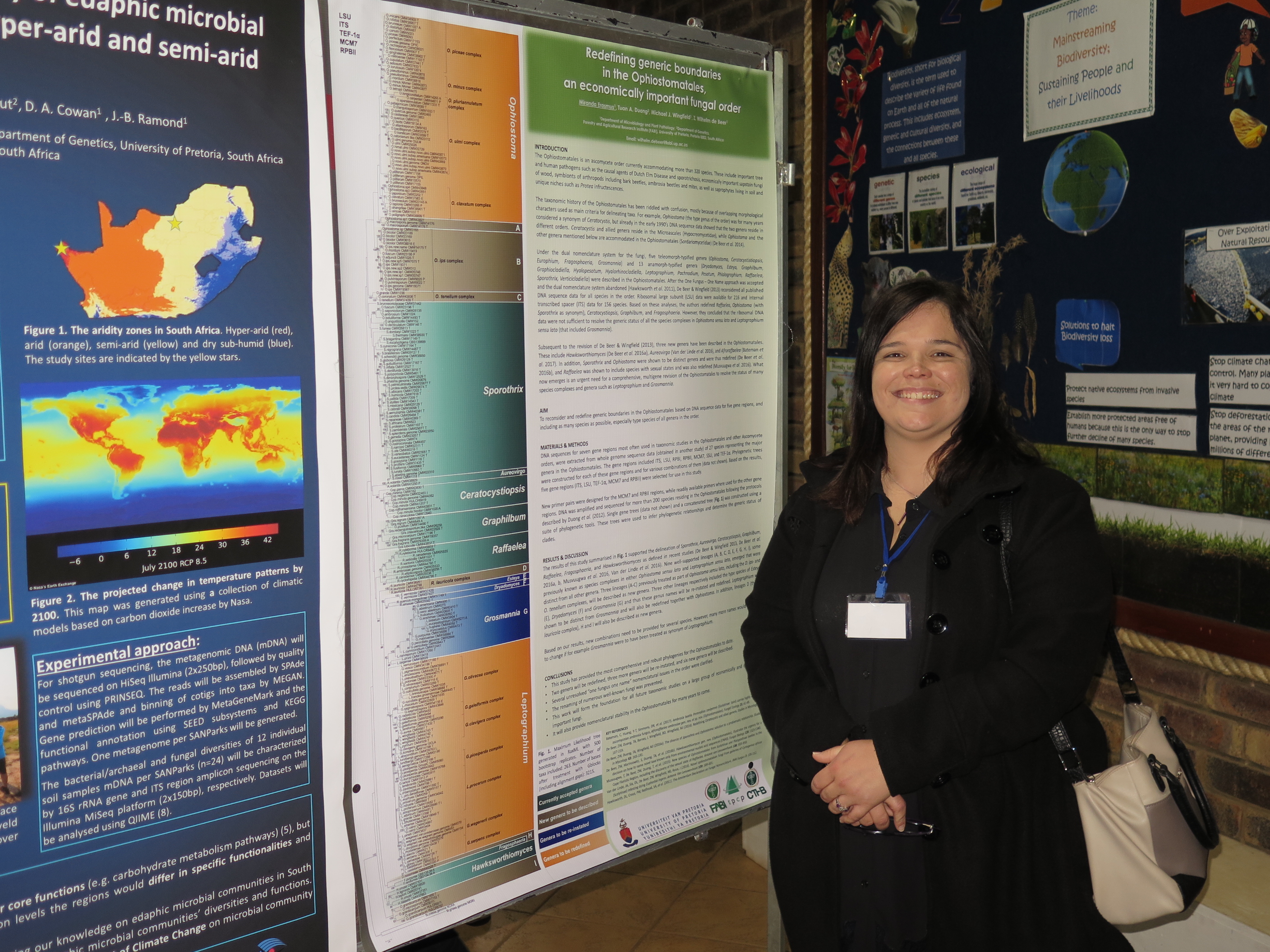 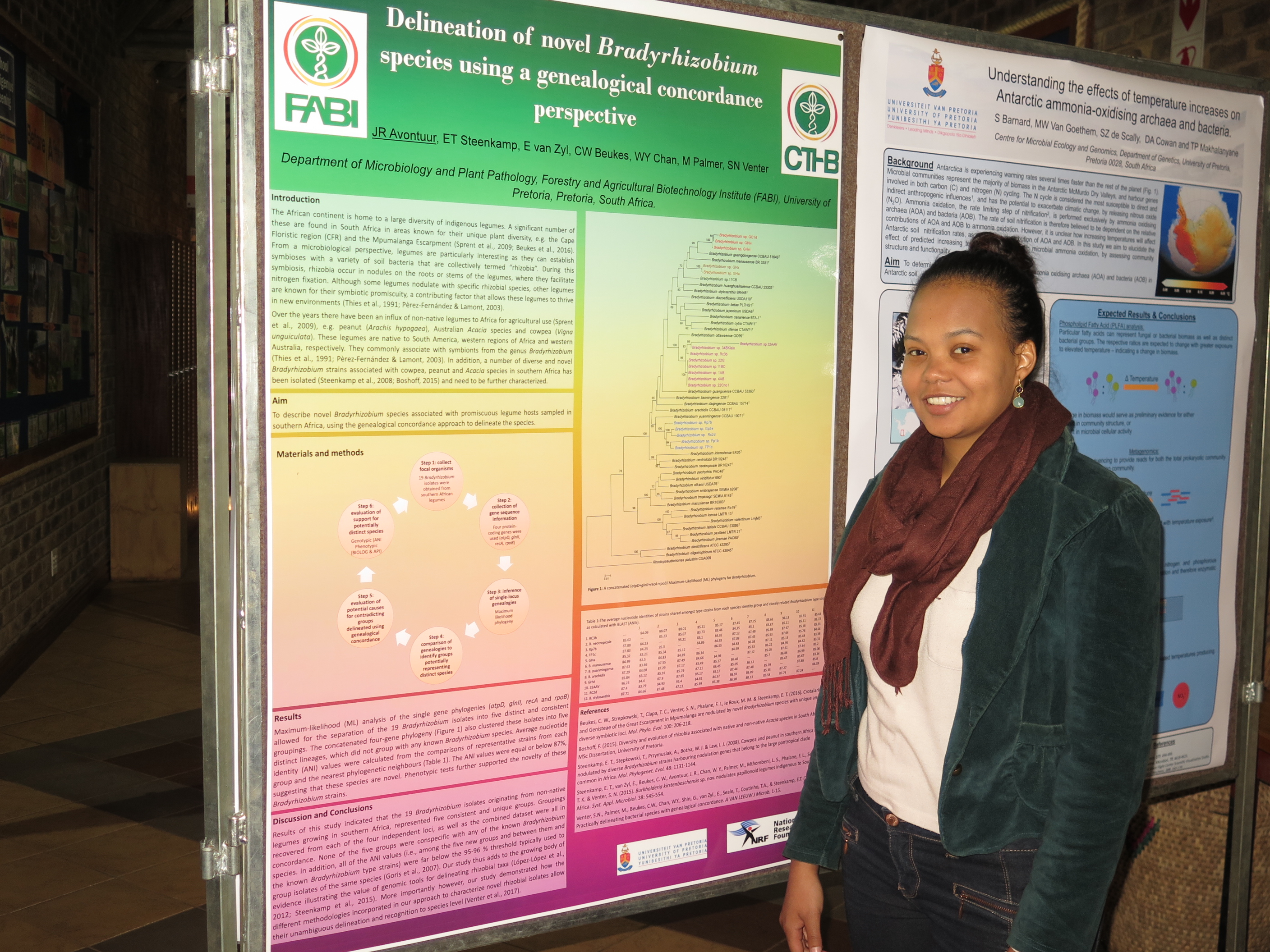 During the first week of July the Southern African Society for Systematic Biology (SASSB) held its 13th conference at the SANBI Education Centre at the National Botanical Gardens in Pretoria. The conference was hosted by the University of Pretoria, with Profs Fanus Venter, Emma Steenkamp and Dr Martin Coetzee of FABI serving on the organizing committee.

Several FABI staff members and students from the TPCP, CTHB and Seed Science research groups, made presentations at the meeting (see the list below). All participants agreed that having biologists from different fields of study together, each with their perspectives on the systematic study of organisms as diverse as bacteria, fungi, insects, spiders, fish, plants, birds and more, made for some stimulating, informative and interesting discussions.

A special exhibit was also done in the foyer of congress venue by the outreach team of the DST-NRF Centre of Excellence in Tree Health Biotechnology (CTHB). The outreach team consists of several students based in FABI, whose aim it is to create a public awareness of tree health research among especially school children and the general public.