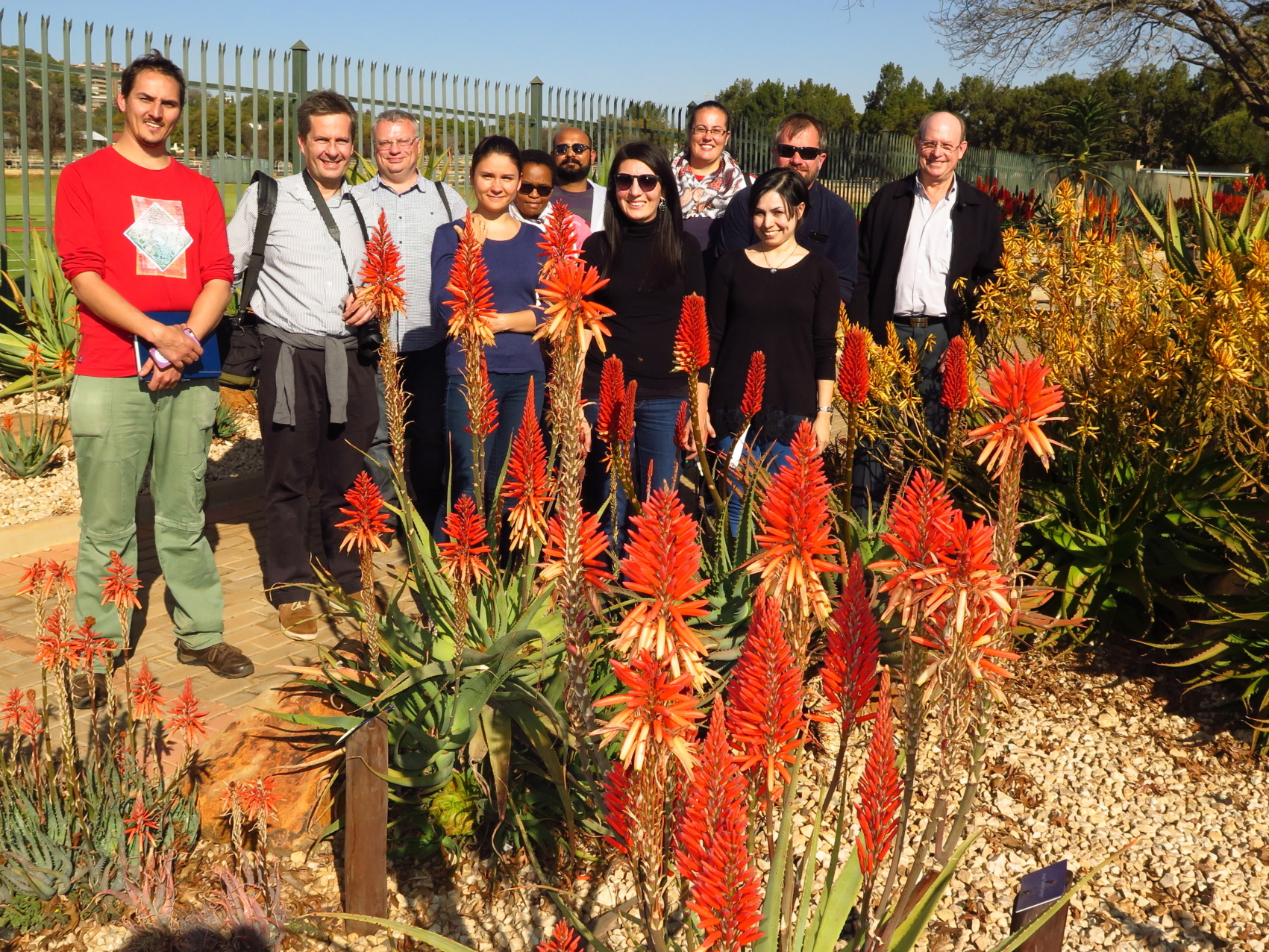 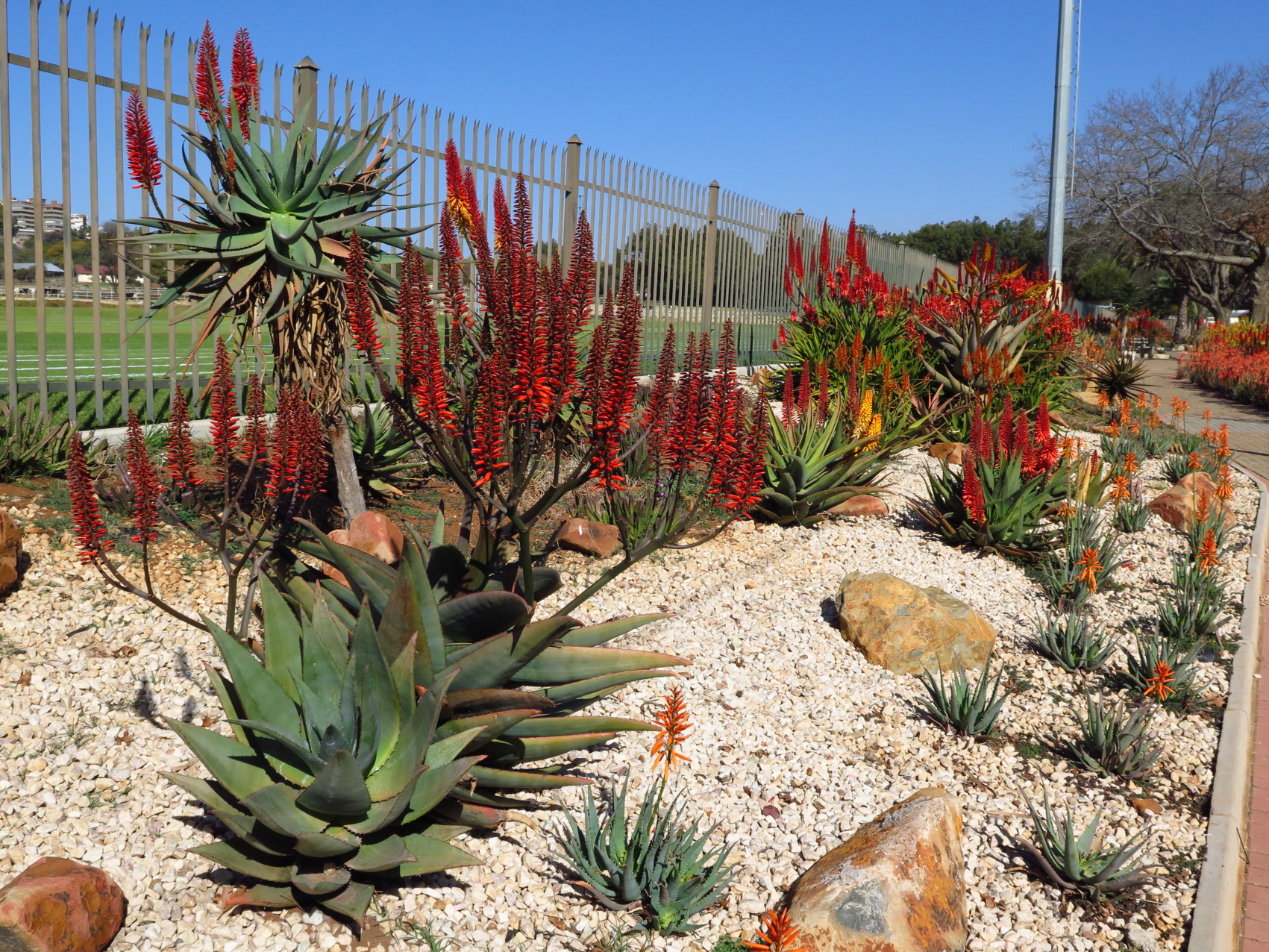 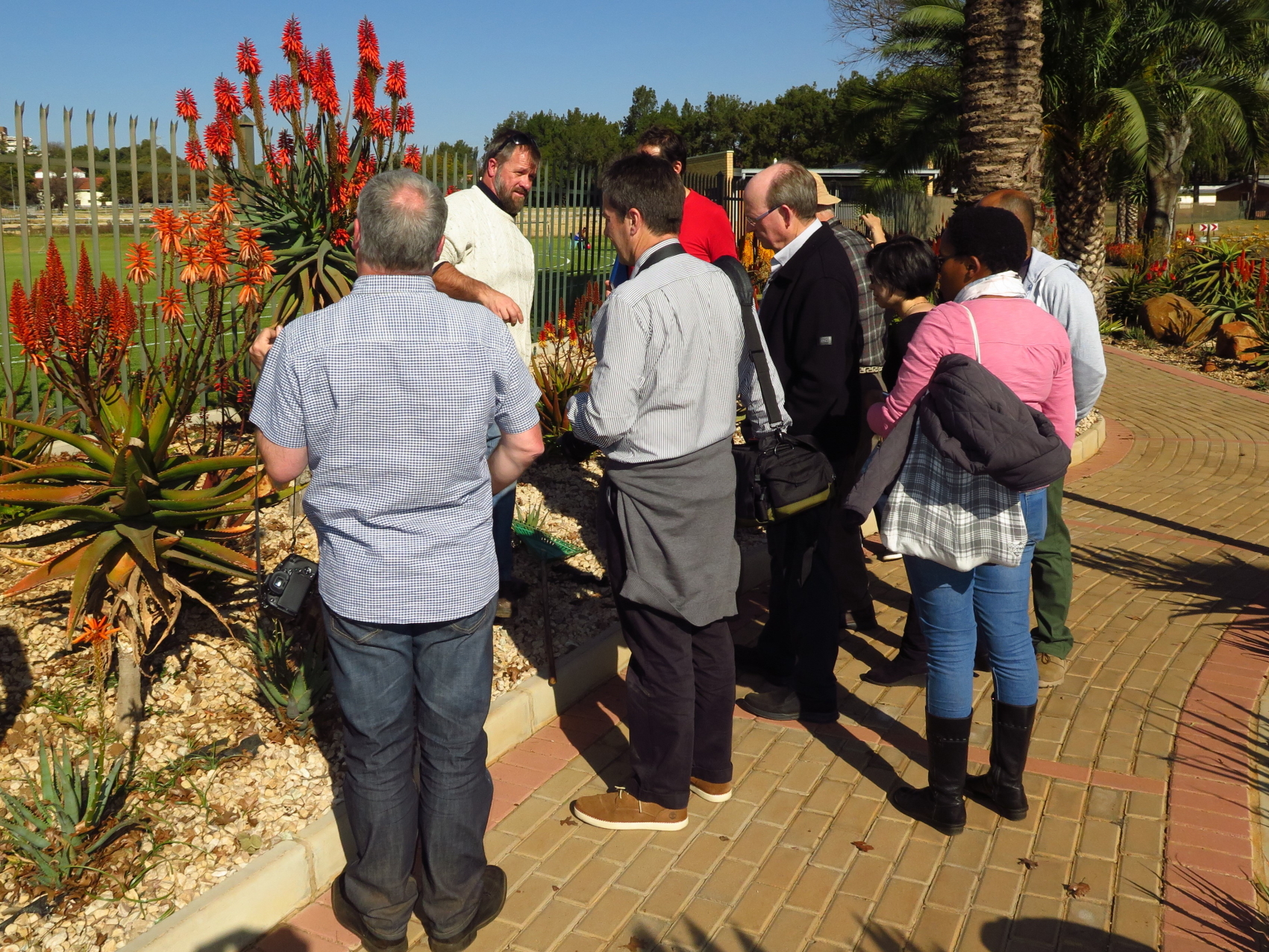 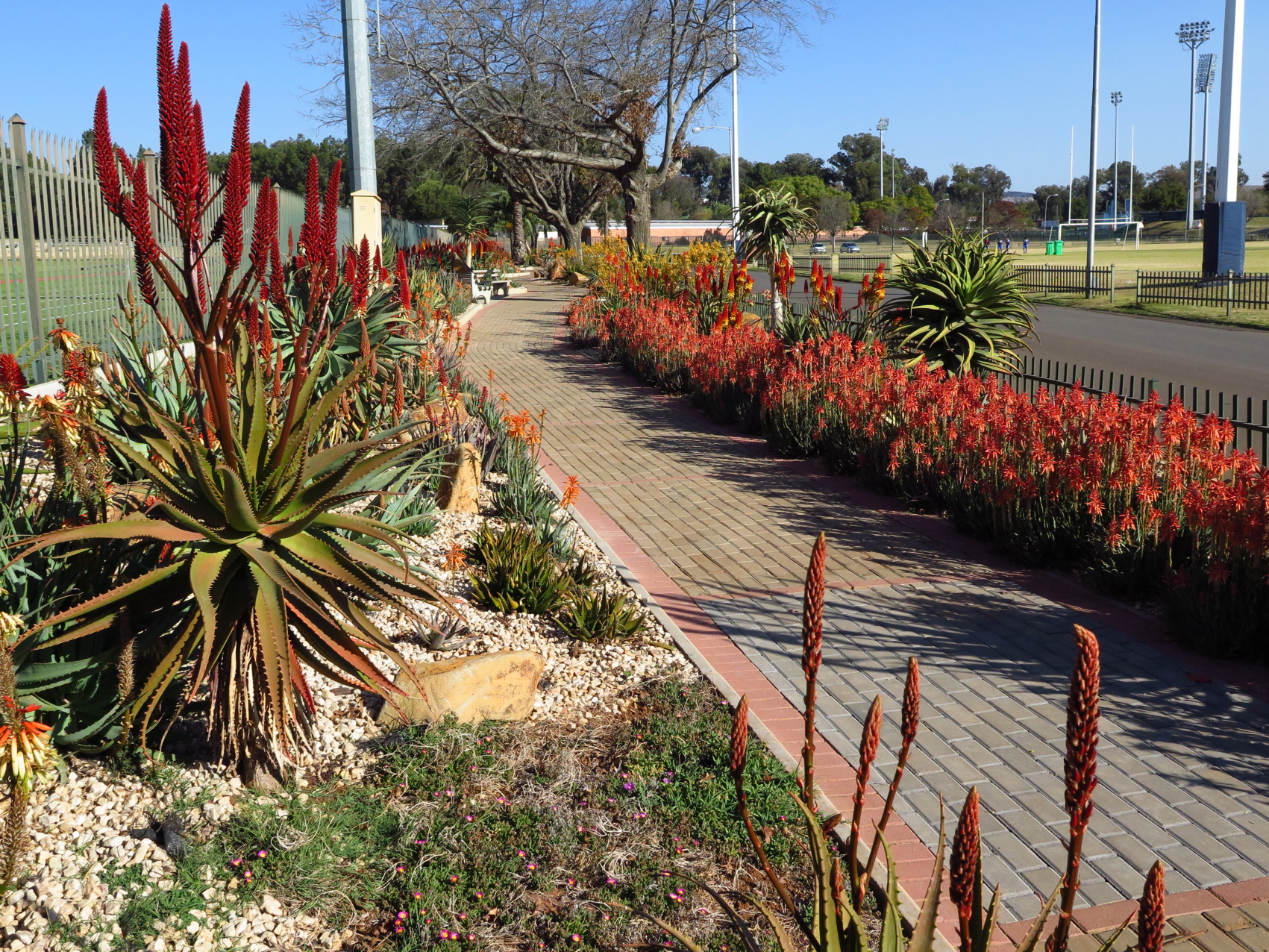 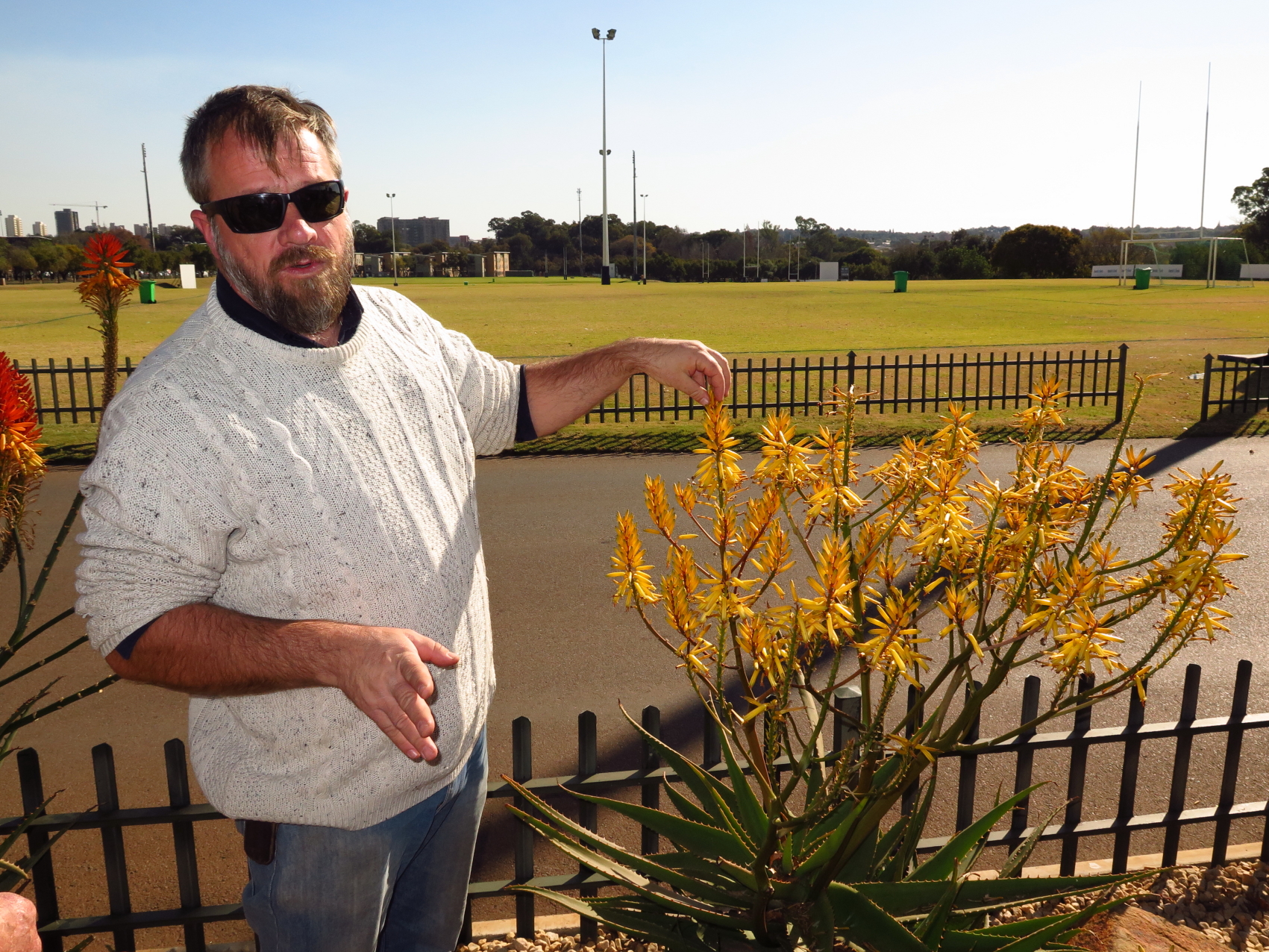 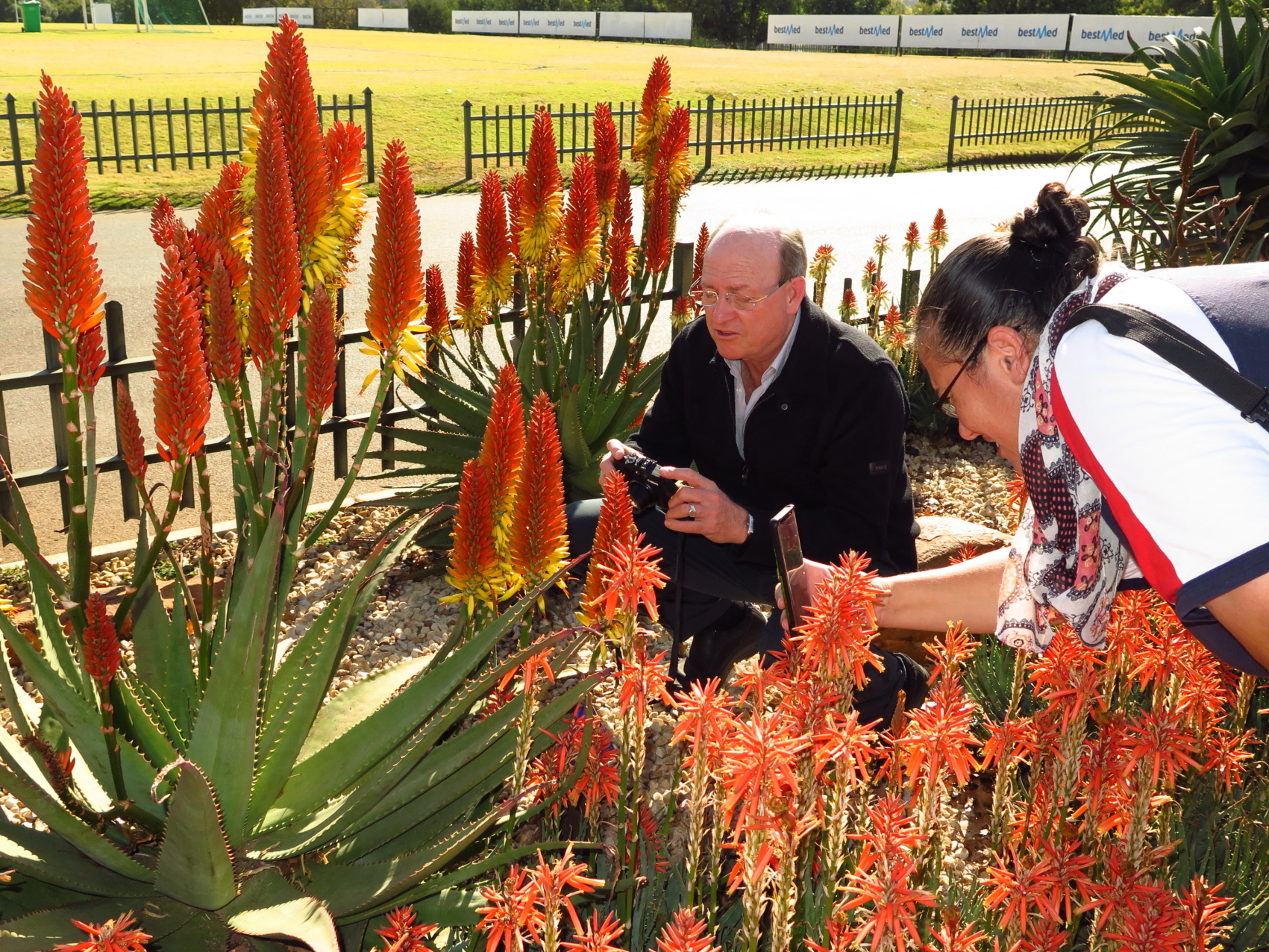 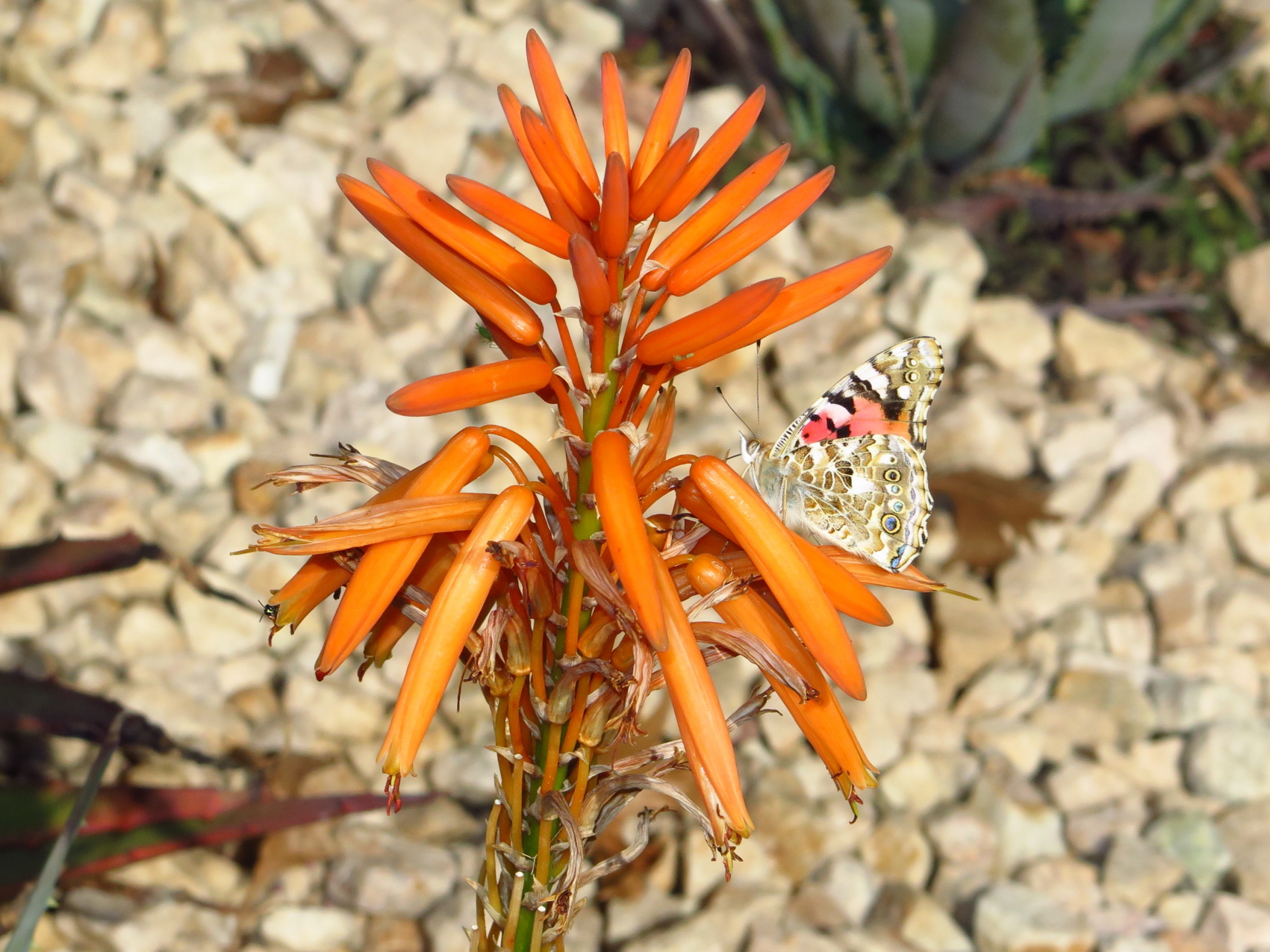 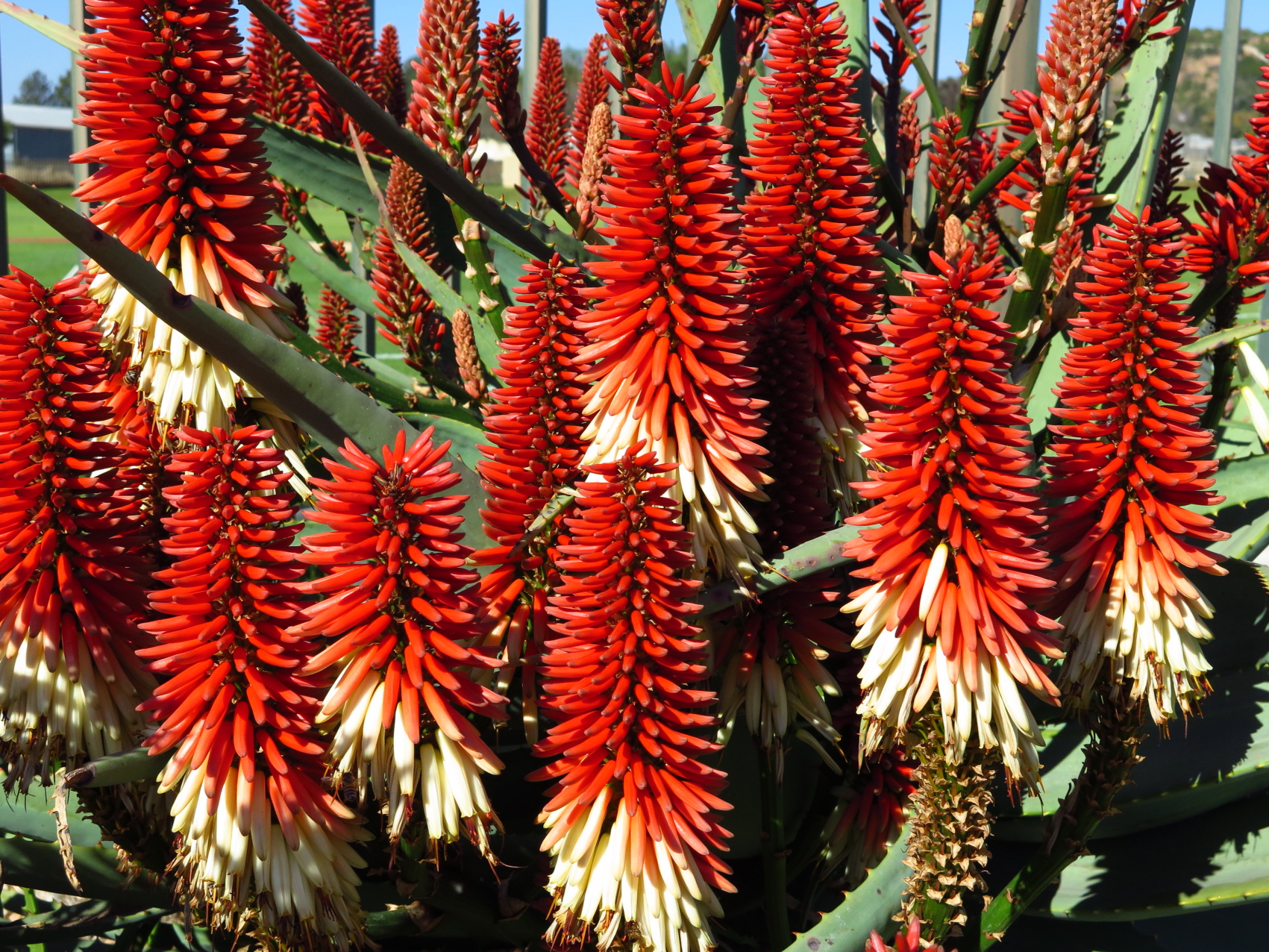 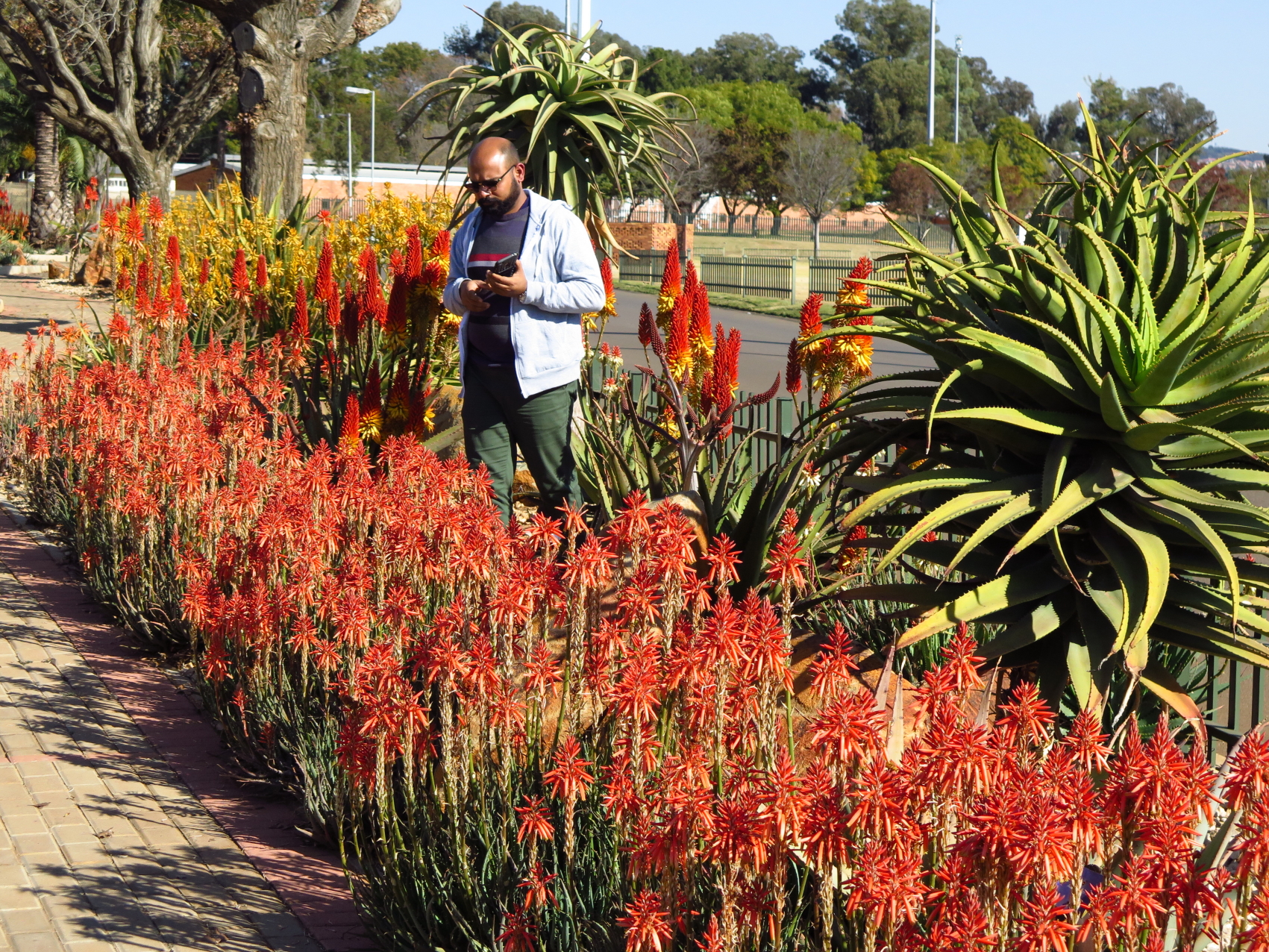 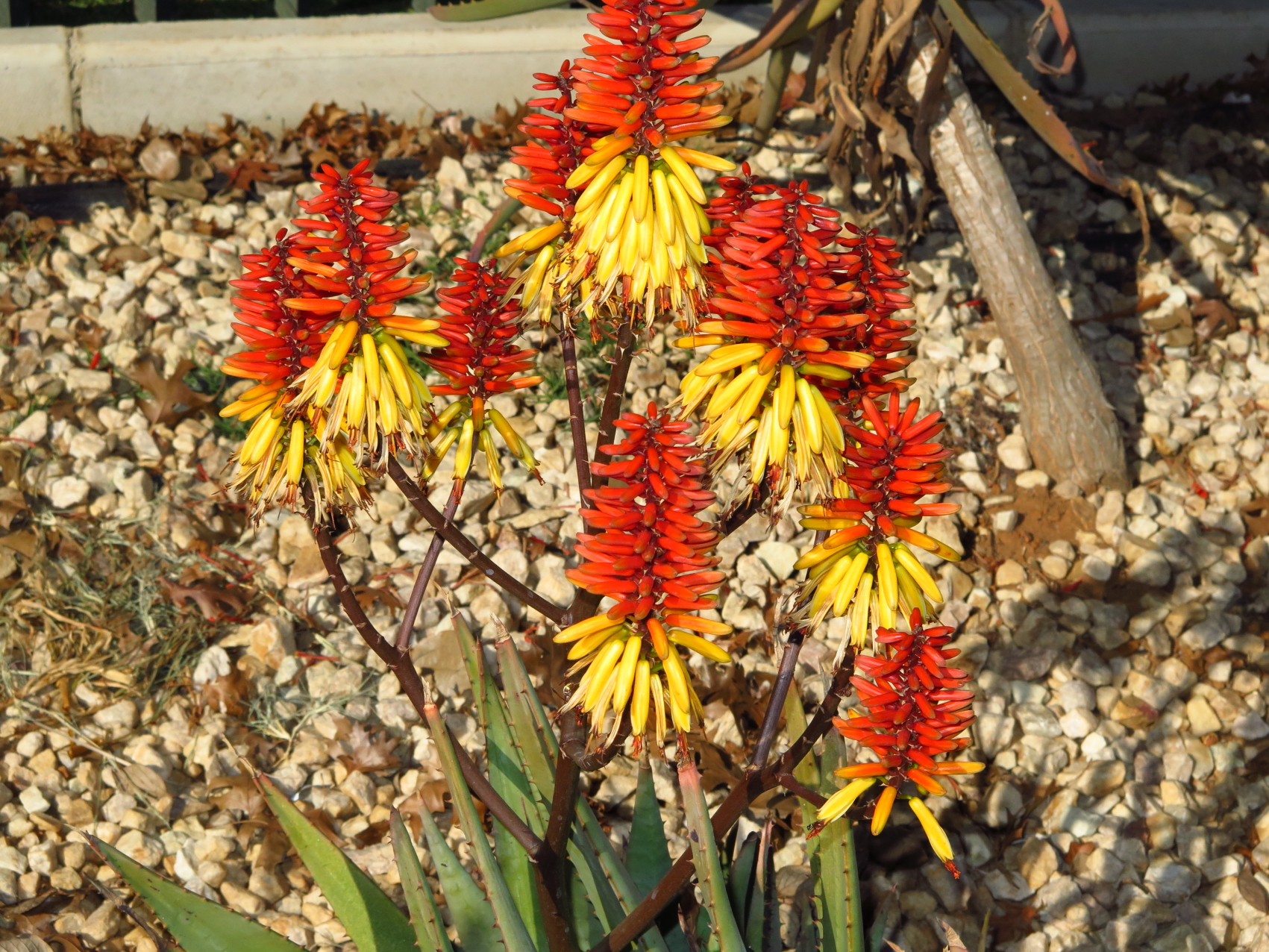 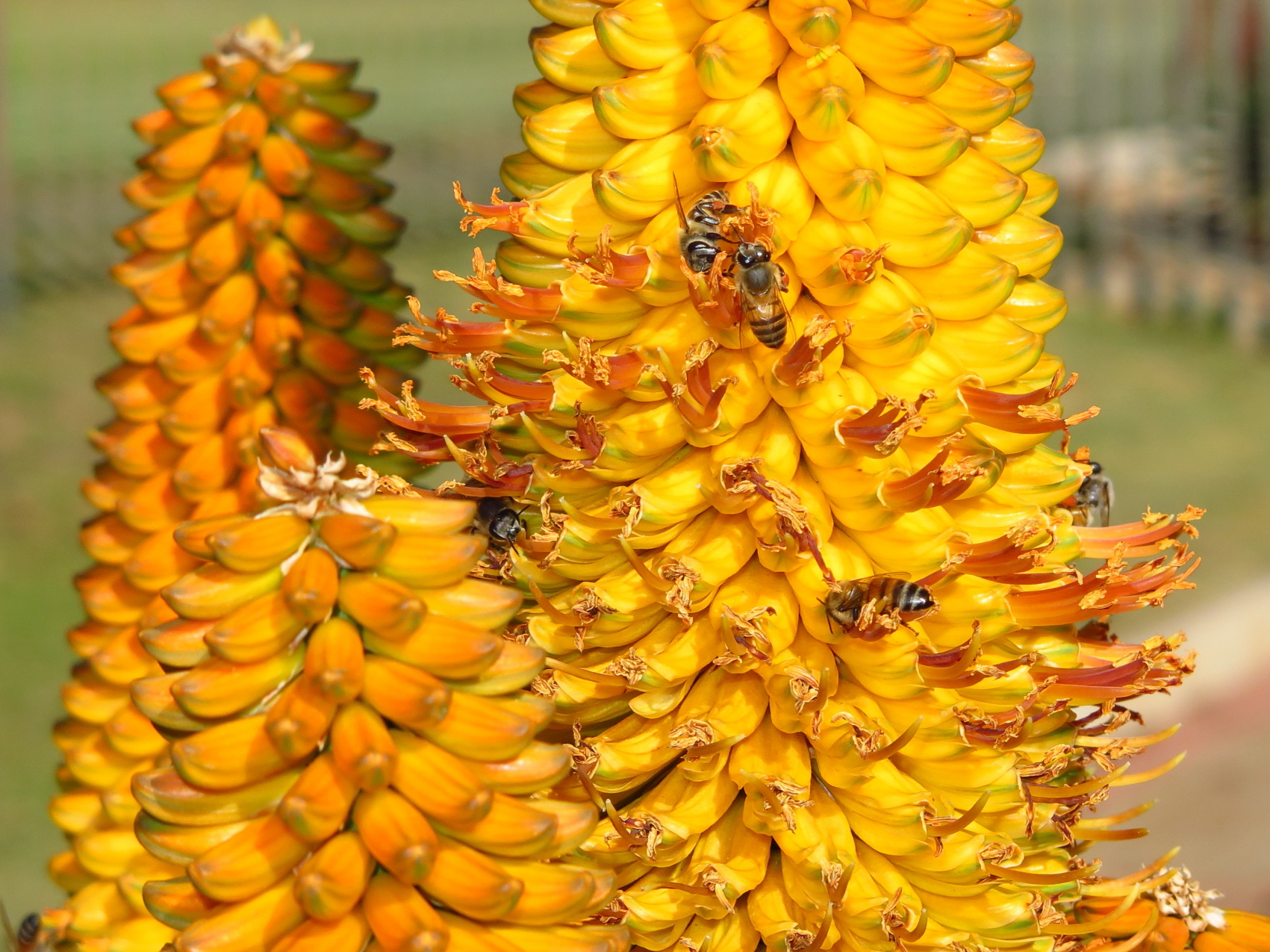 A group of FABIans enjoyed a colourful spectacle of red, orange and yellow flowers in full bloom at the LC de Villiers campus of the University of Pretoria (UP) on 22 June. The source of this display was a walkway dedicated to different Aloe varieties some of which were bred by the curator of the Manie van der Schijff Botanical Garden at UP, Jason Sampson. South Africa is home to a number of Aloe species, many of whom flower in June and July. They attract bees, butterflies and birds, with some flowering throughout the year.