A Tribute to Dr Veloshinie Govender

A TRIBUTE TO DR. VELOSHINIE GOVENDER 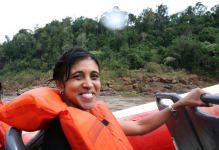 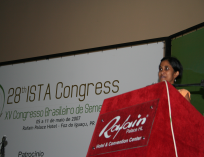 She was awarded her PhD in Plant Pathology in September 2008.

She wasn't there but they awarded her the degree

She wasn't there, but they vigorously applauded her achievement

She wasn't there but her professor saluted her at the podium

She wasn't there, but her mother received her award

She wasn't there, but we all felt her among us

Veloshinie Govender, known to her friends as Velo, started her postgraduate studies at the University of Pretoria in 2001. In the middle of 2007 she began lecturing second-year Microbiology practicals, where students enjoyed her small size but large zest for life and learning. Velo was an internationally recognised scientist(for her young age). On her passing, messages of condolence were received as far away as Scotland and Brazil.

She presented her work at international conferences with the professionalism and confidence only found in senior scientists. Velo mentored a number of post-graduate students whom she helped to complete their degrees. Velo was an excellent friend who will be sorely missed for years to come. She loved life and was grateful for all she was blessed with. May we find a lesson in her short fulfilled life. In loving memory of a colleque, scientist, teacher and, most importantly, friend. She will be eternally remembered. 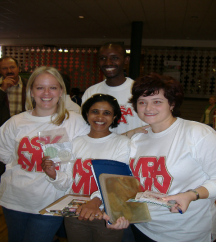