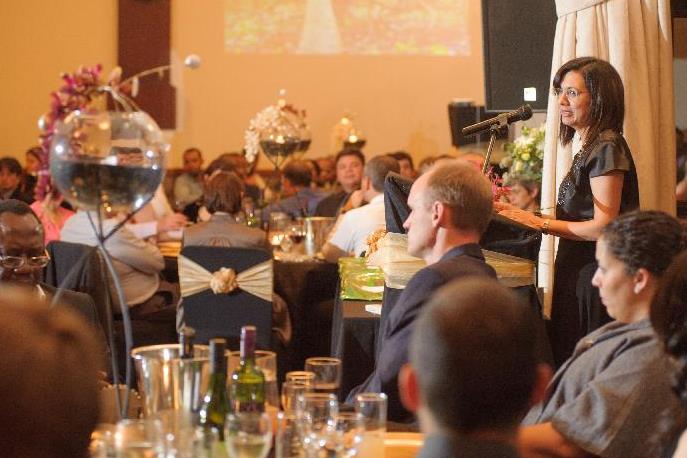 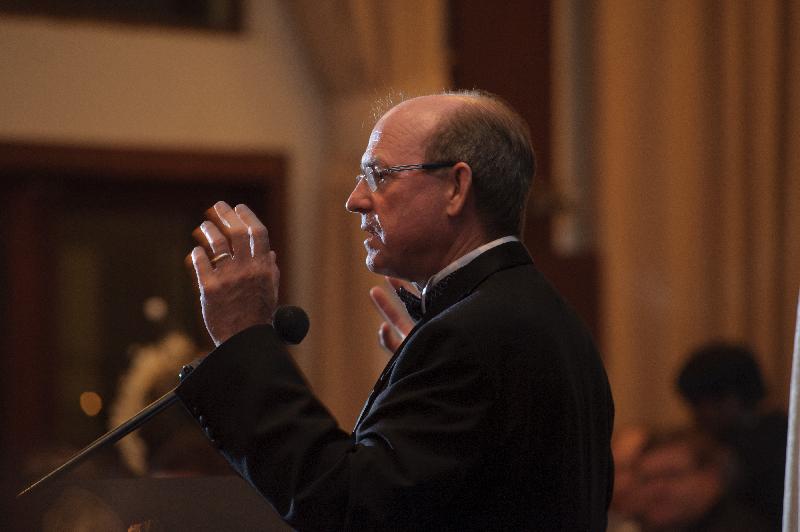 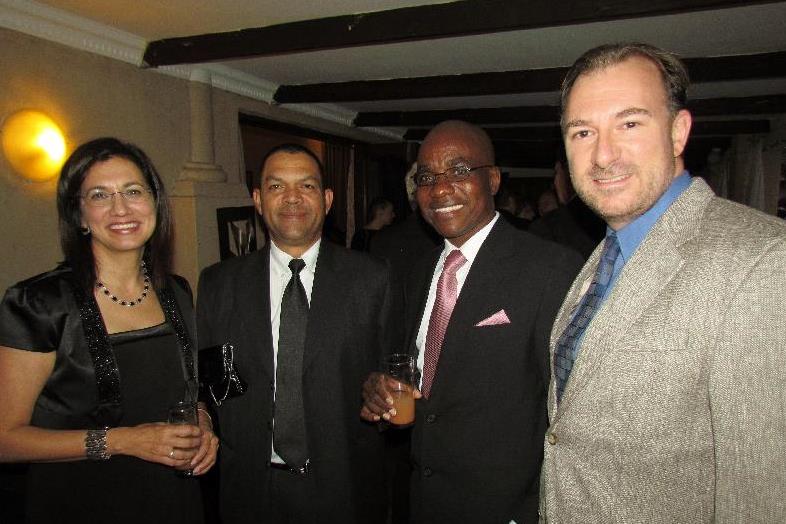 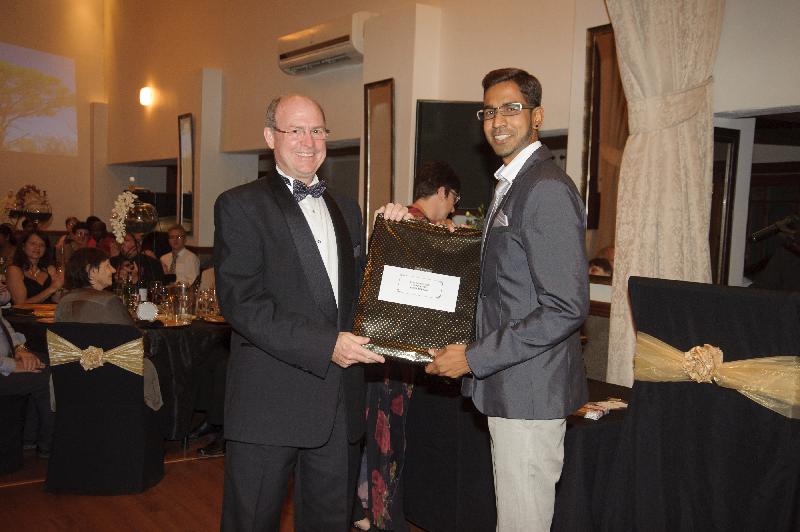 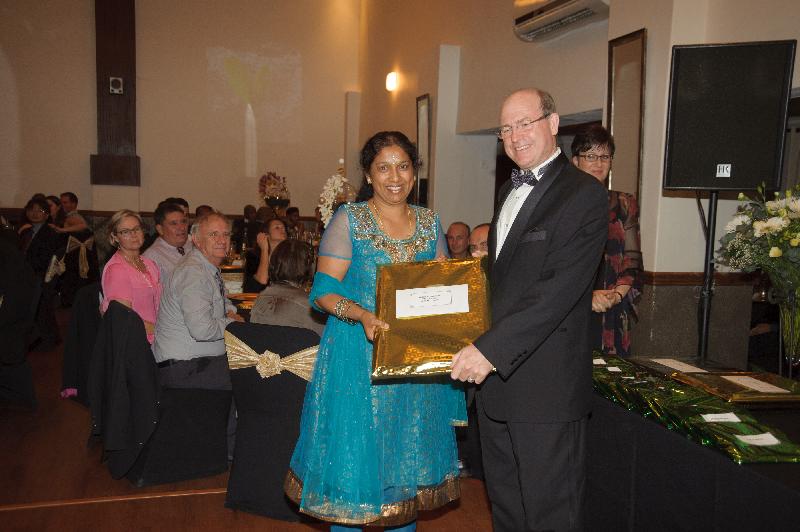 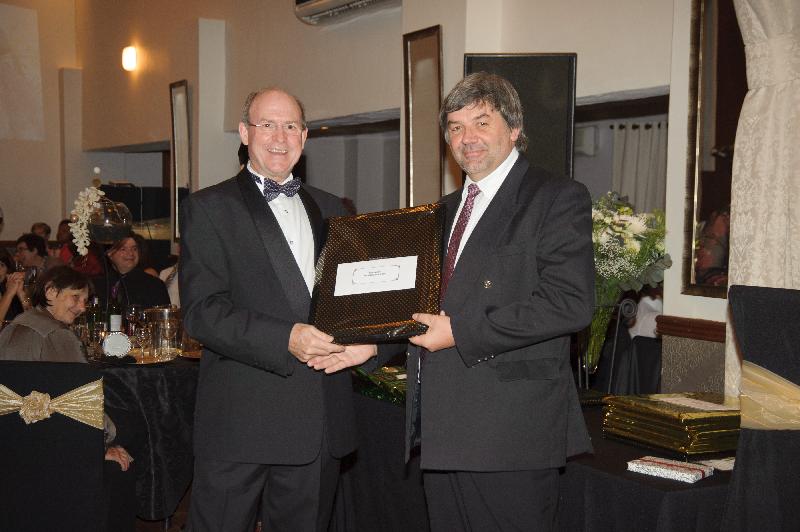 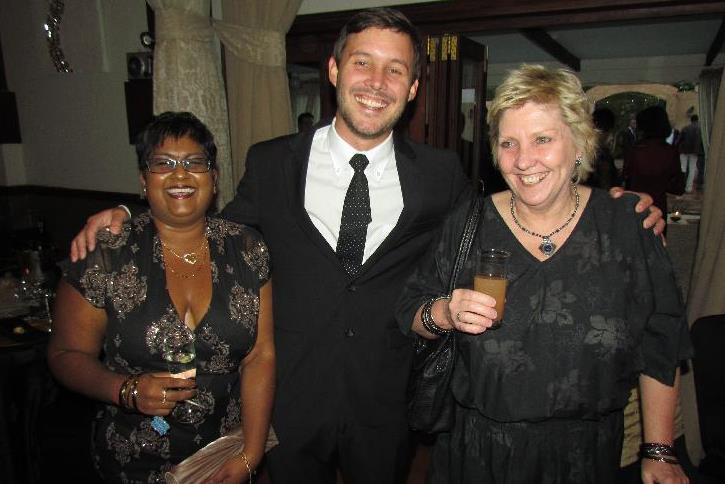 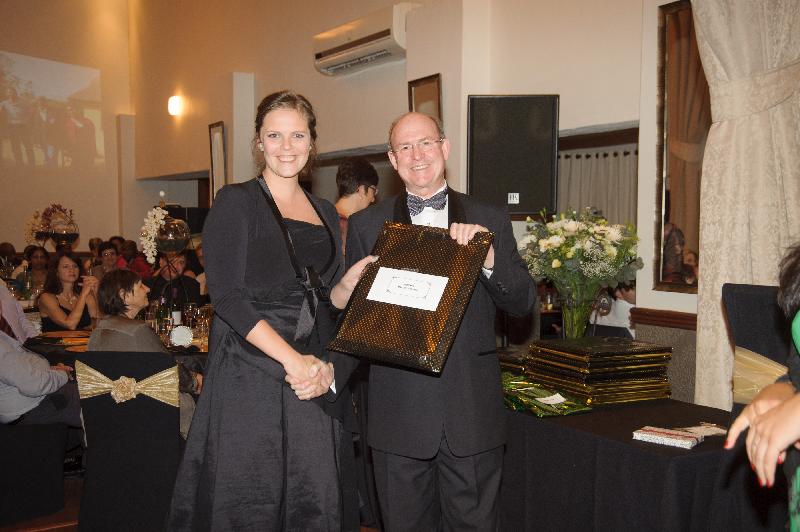 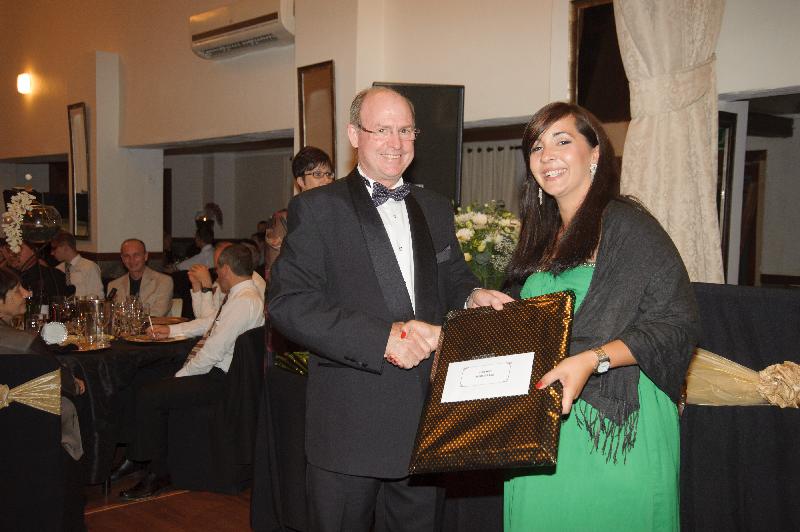 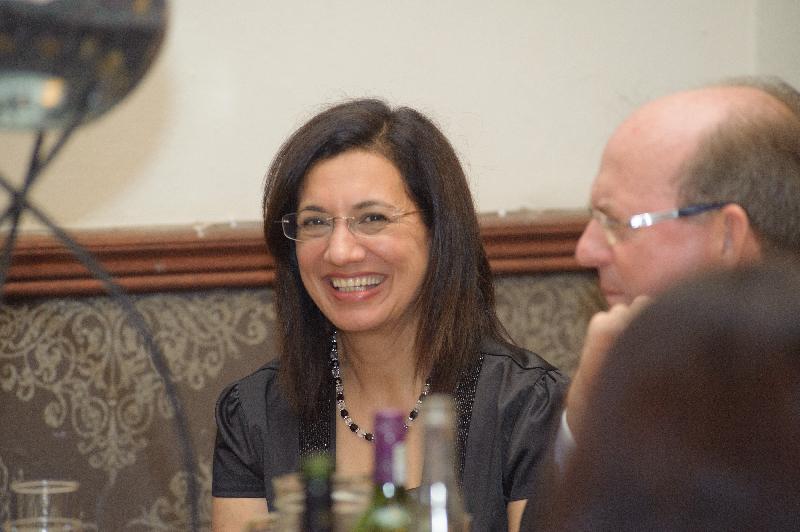 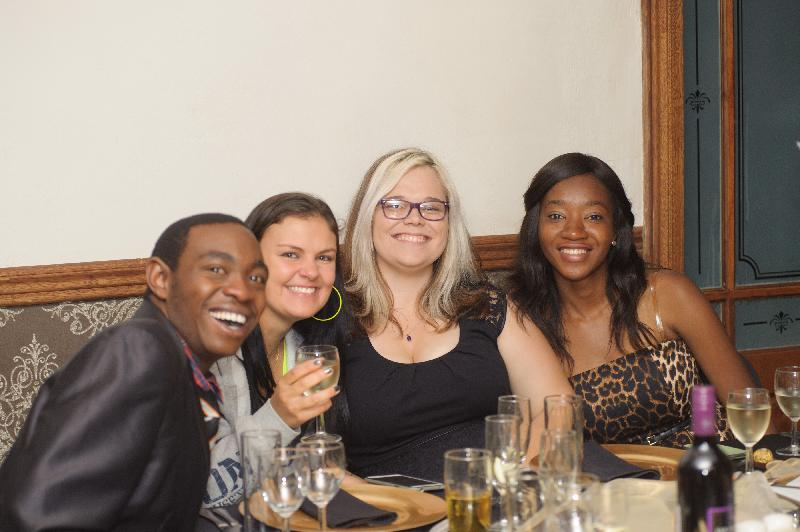 A fabulous Highveld thunderstorm provided the perfect prelude to the 17th Annual FABI year end gala dinner and awards ceremony. As the rain stopped and the last rays of sun peaked through the clouds, some 250 FABI team members and their guests arrived at the “River Lodge” to celebrate another amazing FABI year gone by. To add to the celebration, a family of frogs came out to add their chorus.
This year FABIans were privileged to have the Vice Chancellor and Principal of the University of Pretroria, Prof Cheryl de la Rey, as guest speaker. As always the formal gala dinner event represented  a “high point” on the FABI annual calender with the winners of the annual FABI awards also being announced.
In her address, Prof. de la Rey congratulated FABIans on their achievements and successes over the past 17 years. In describing FABI as a "flag ship" institute, she made the point that she uses the term flagship with caution because it is often over-used or used inappropriately. Yet, she felt strongly that it is a fitting and apt description of FABI, which she considers one of the flagships of the University of Pretoria. She described FABI as having become one of only a few examples of a successful triple helix model, in which the University, Industry and Government have joined forces to contribute in a socially responsible and meaningful way to teaching and research in South Africa. Prof de la Rey suggested that the fundamental ingredient of FABI's success is leadership, and that what she referred to as the "ABC" of leadership (Attitude, Behaviour, and Connectedness) were key ingredients. Her view is that to be successful requires a positive attitude that needed to be converted into hard work and discipline, and the ability to connect daily actions to ultimately achieve one’s vision. She ended by congratulating FABI and encouraging the "younger leaders" in the institute to learn from their mentors in FABI and to think like entrepreneurs.
Prof Mike Wingfield, the Director of FABI, in his annual address emphasized the point that to achieve success takes time and that it is important to recognize this reality when considering the achievments of FABI. He reminded the team that 17 years ago FABI started small, with 45 people and only five academics serving on the FABI Management Committee. The Institute has grown to a point where it includes some 200 people, mostly MSc and PhD students and Post Doctoral Fellows. At present 25 academics serve on the FABI MANCOM, leading the activities of the Institute. In considering the successes of FABI, he shared his view that people are all important and that FABI had the privilege of encompassing an incredible team of people at every level of the organisation. He concluded with the point that "success breeds success" and following this view, FABI was flying high and it was set for a fabulous future.
The FABI awards were presented by Prof Jolanda Roux, convener of the awards committee. The annual awards include those to FABI students, as well as two special awards to people outside of, but closely connected to FABI.

Special awards to people not a member of FABI

View more photos of the event in the gallery.