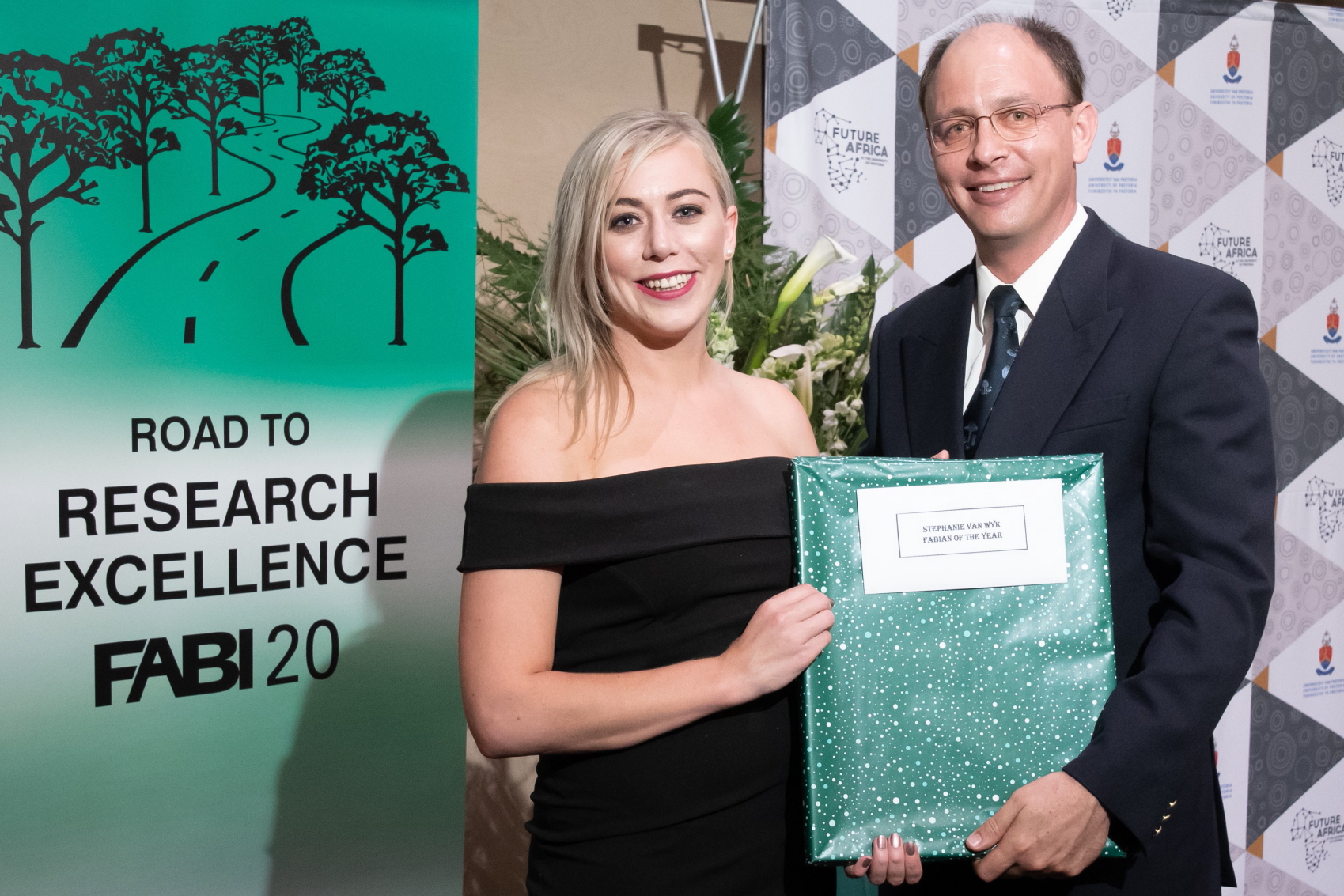 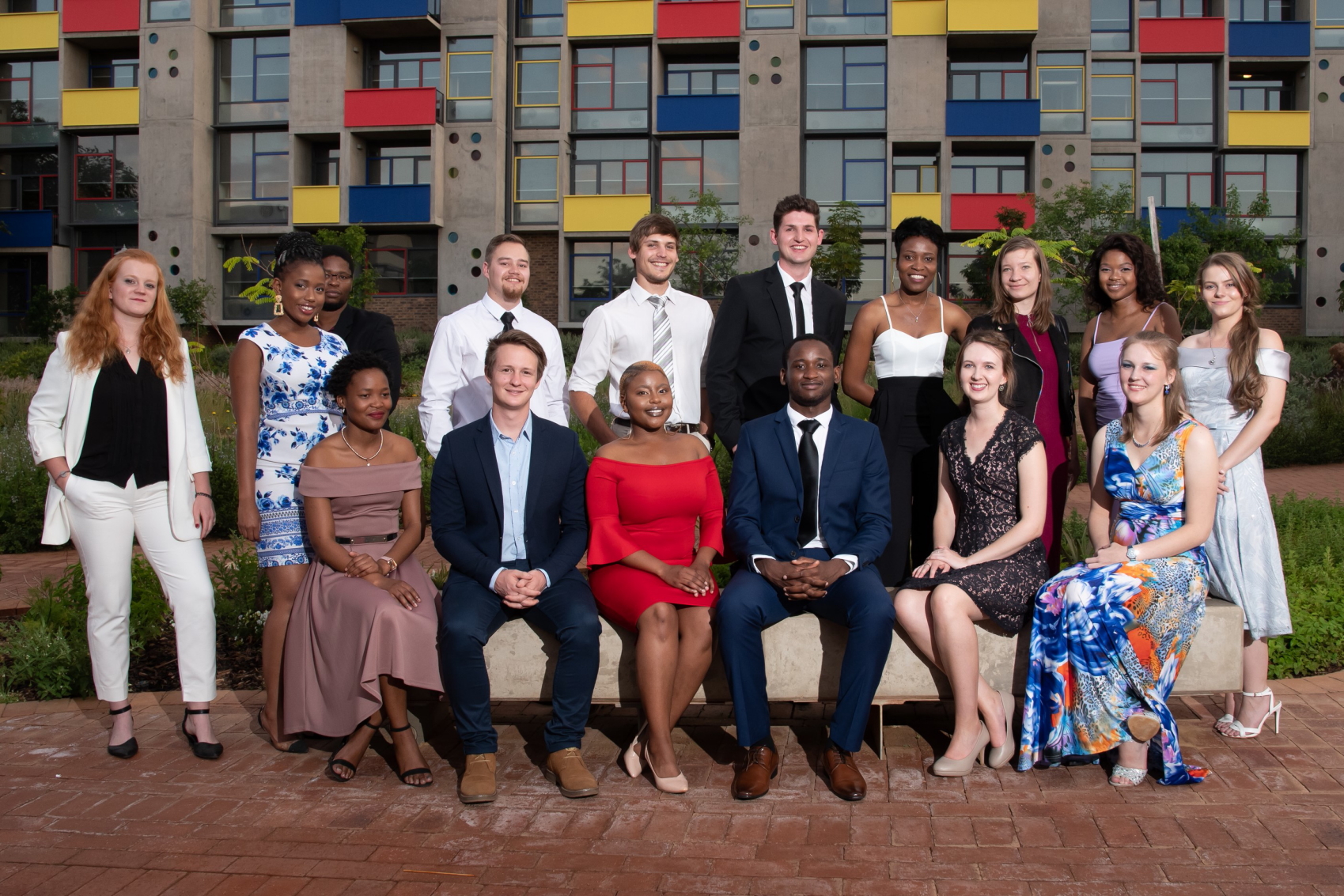 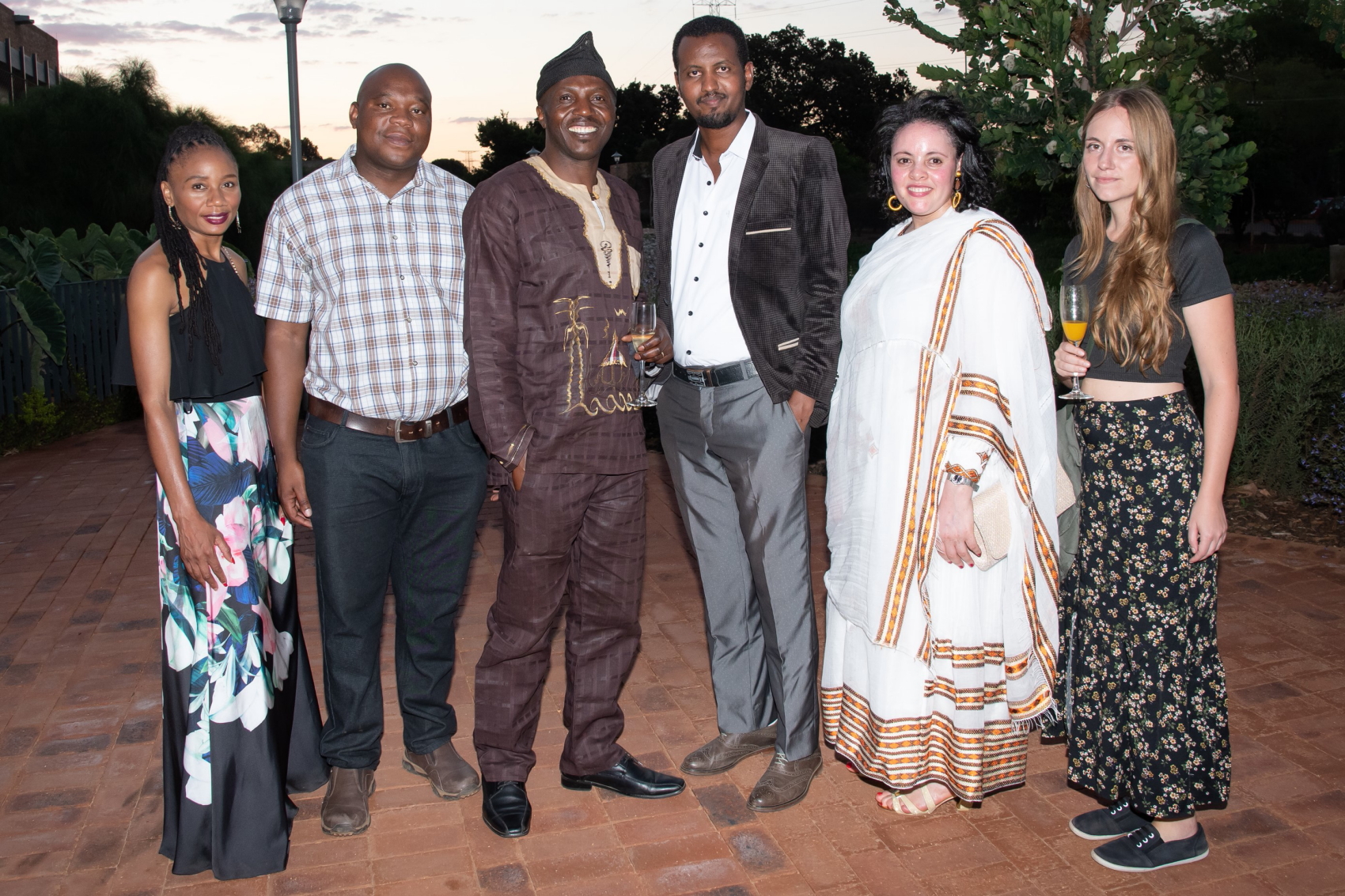 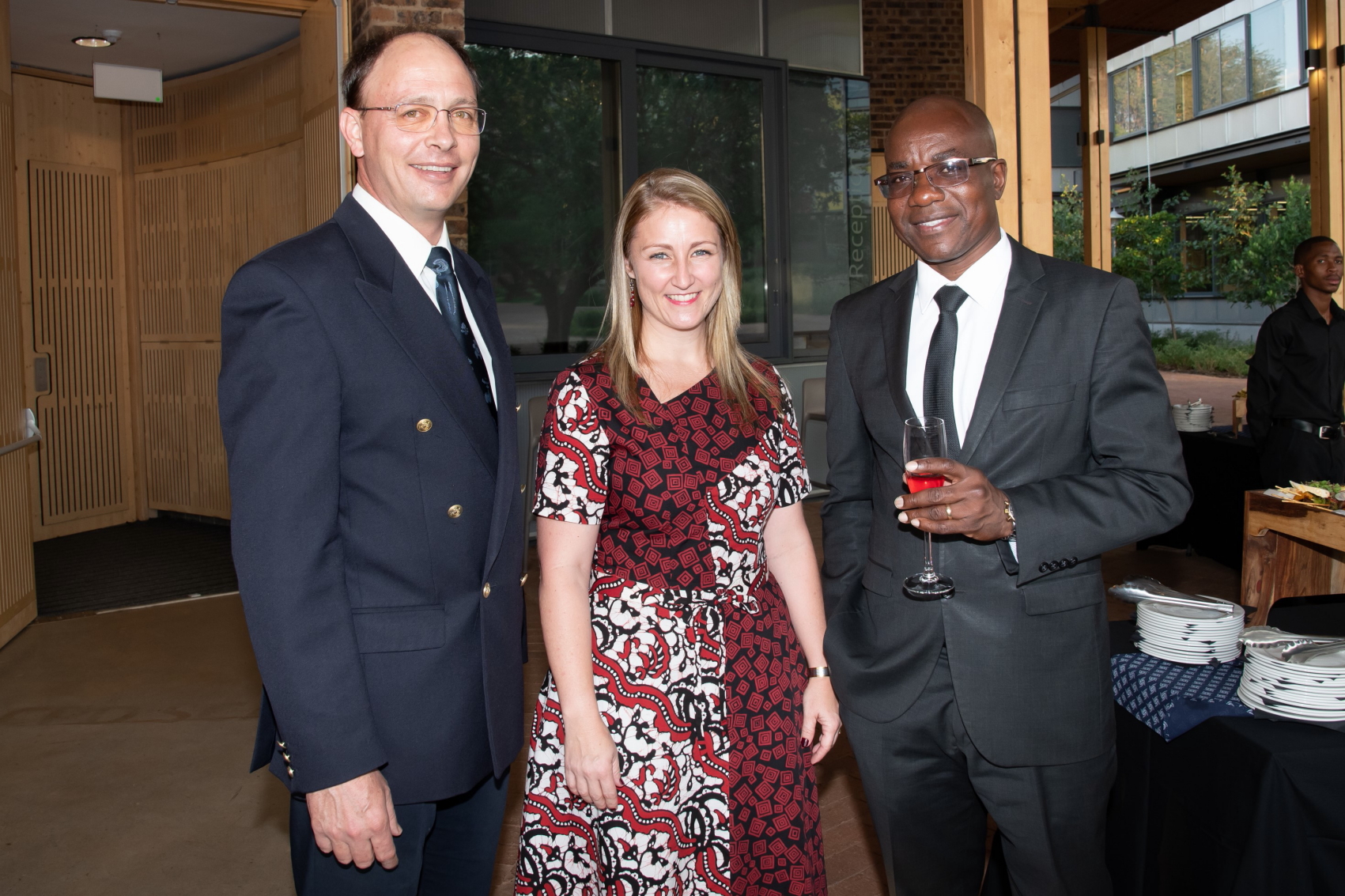 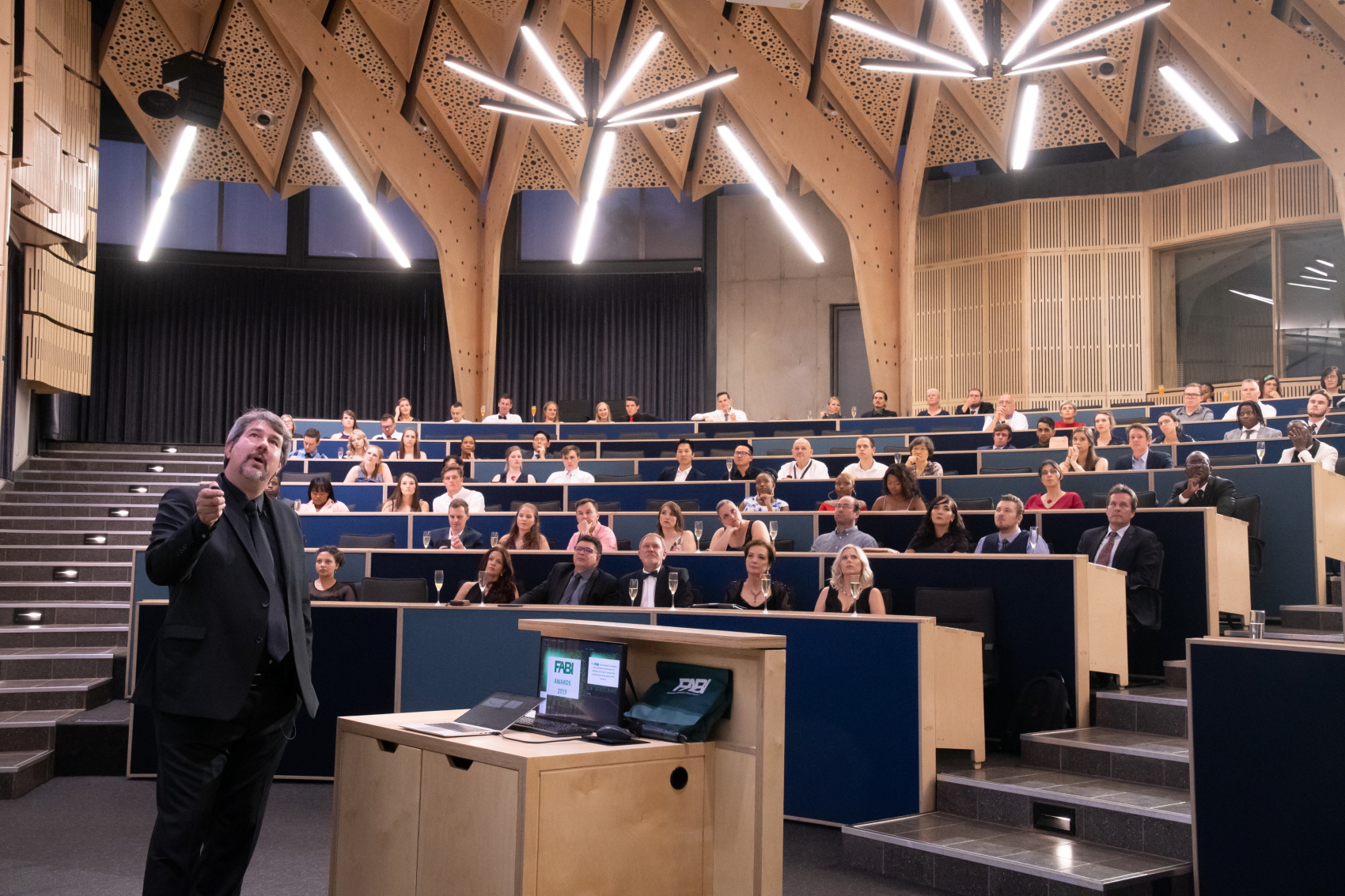 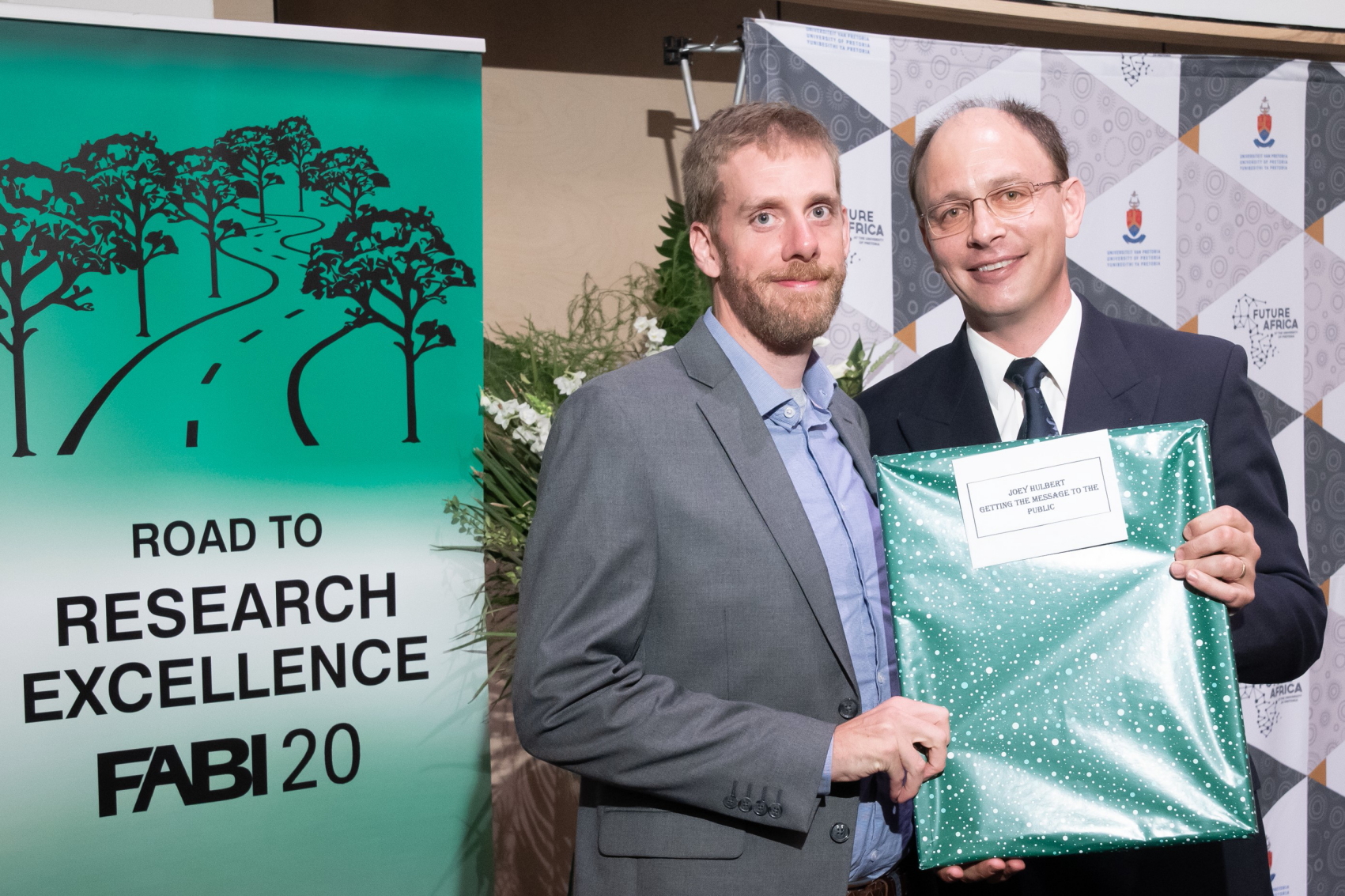 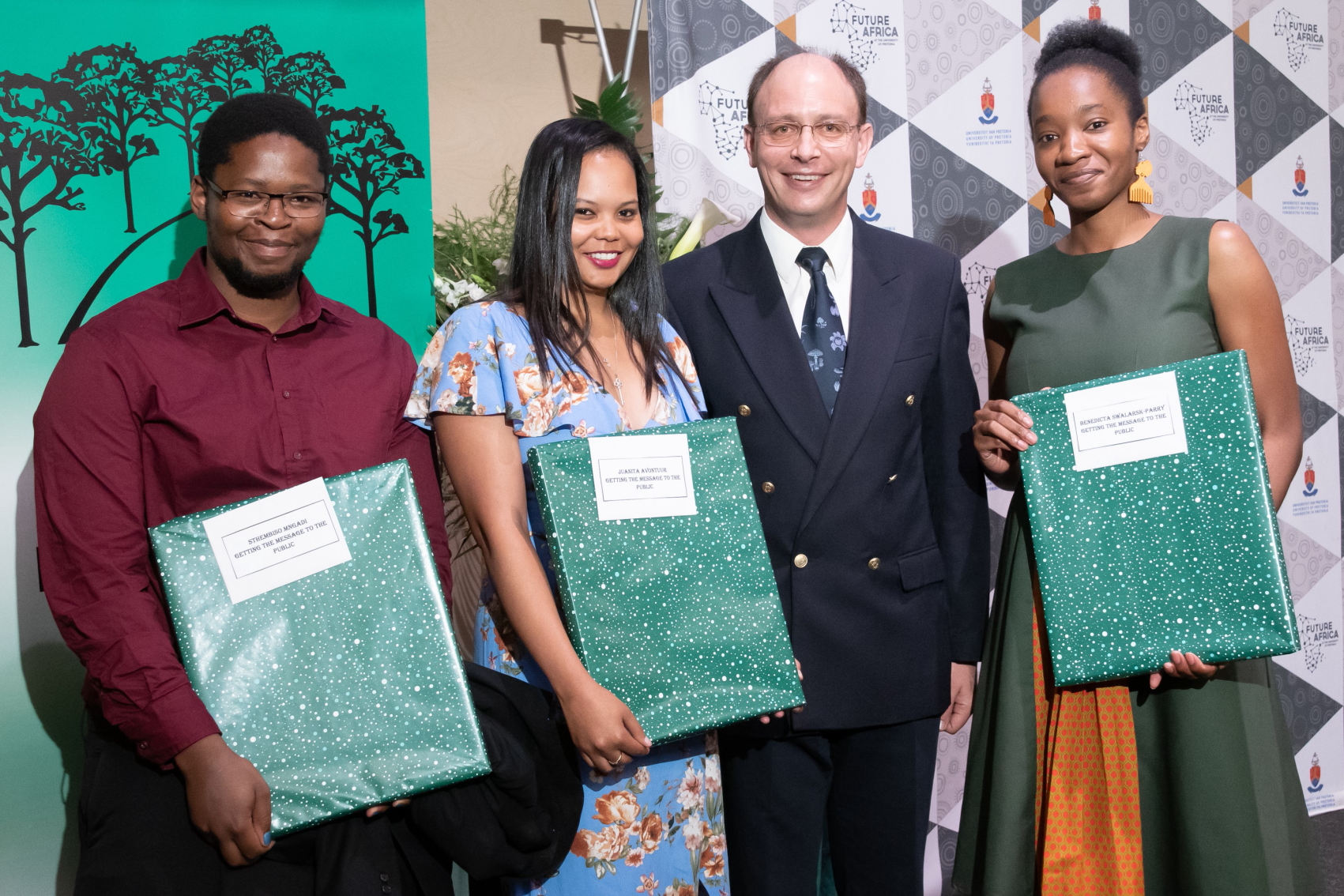 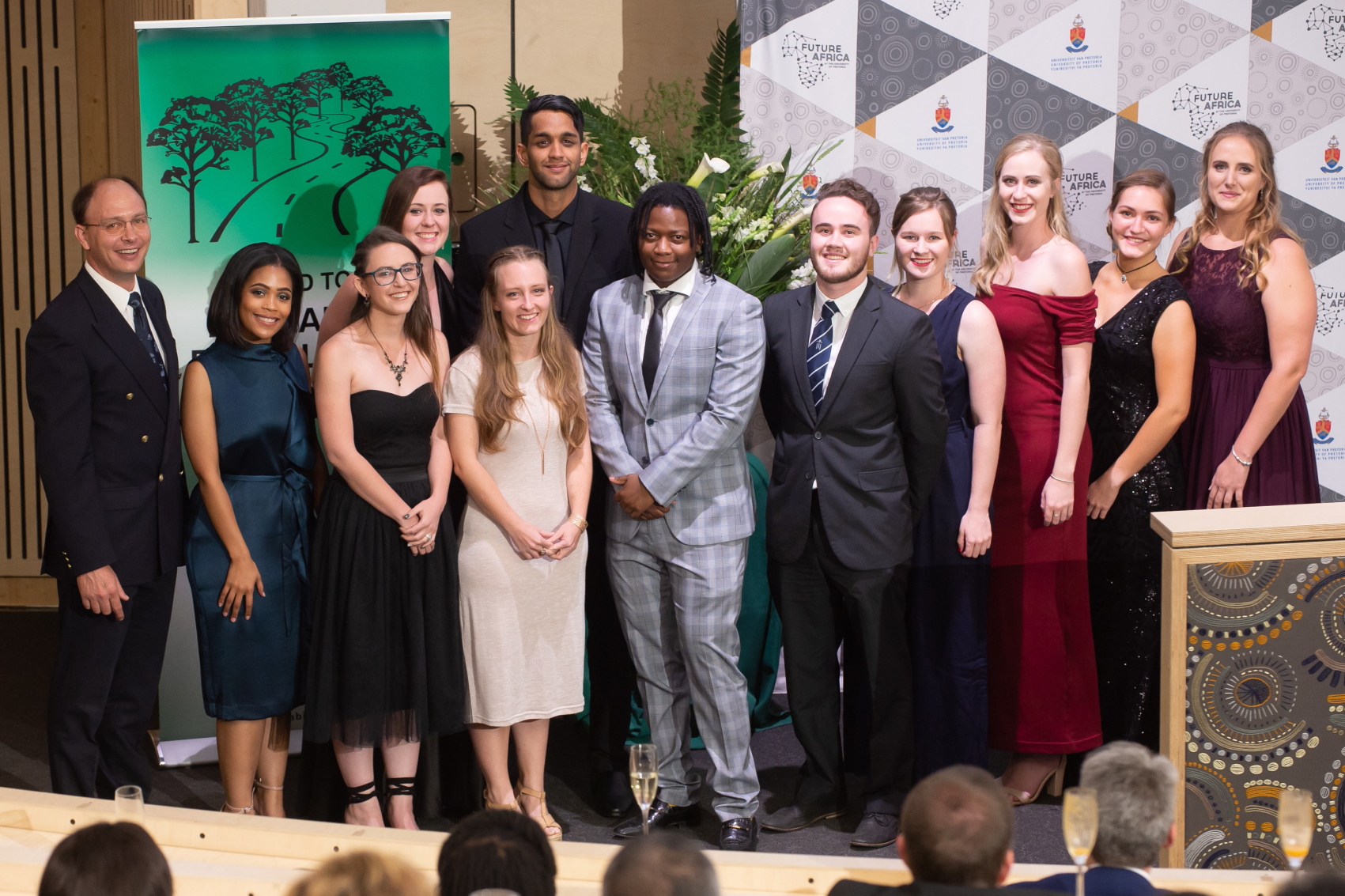 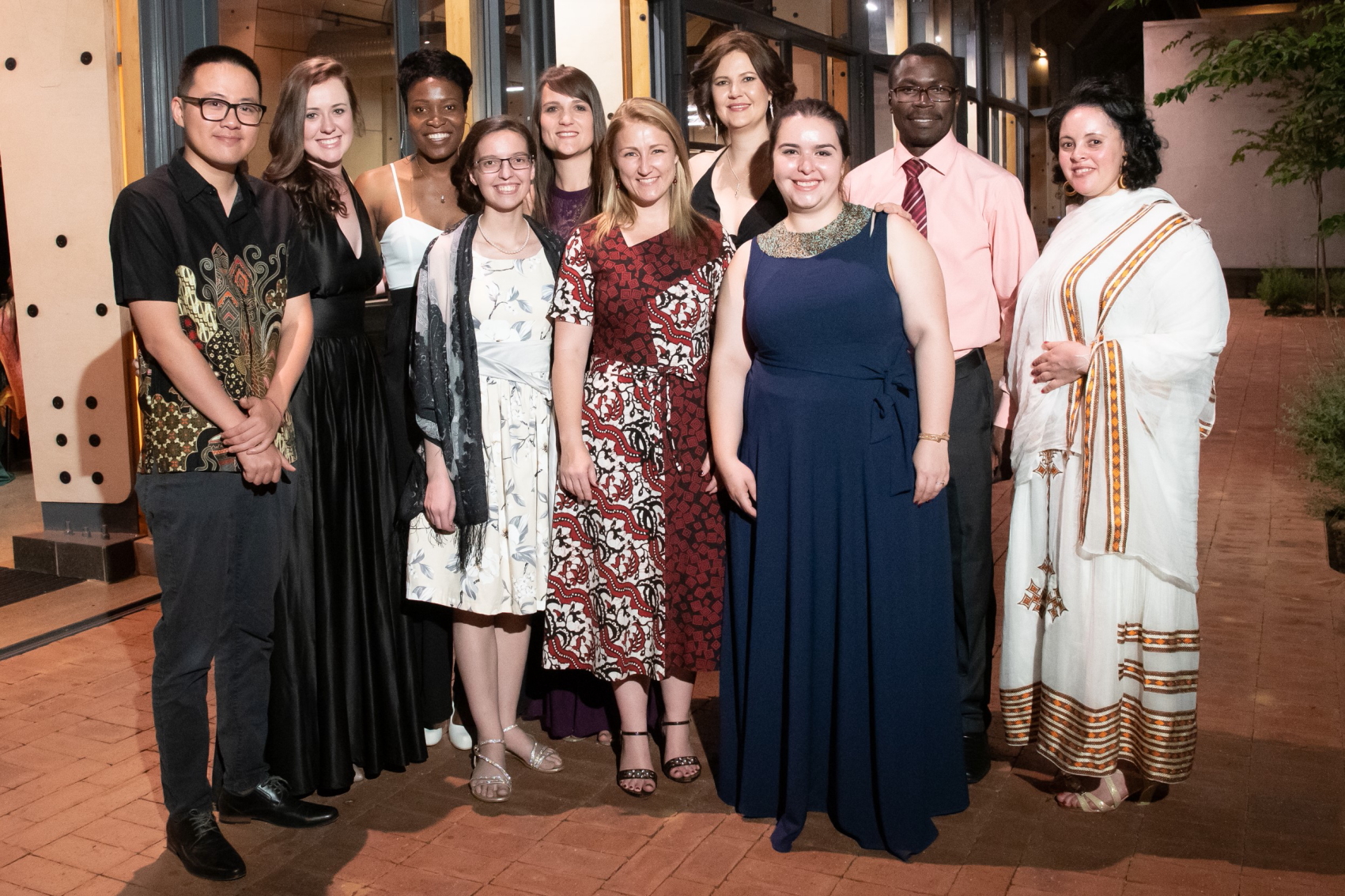 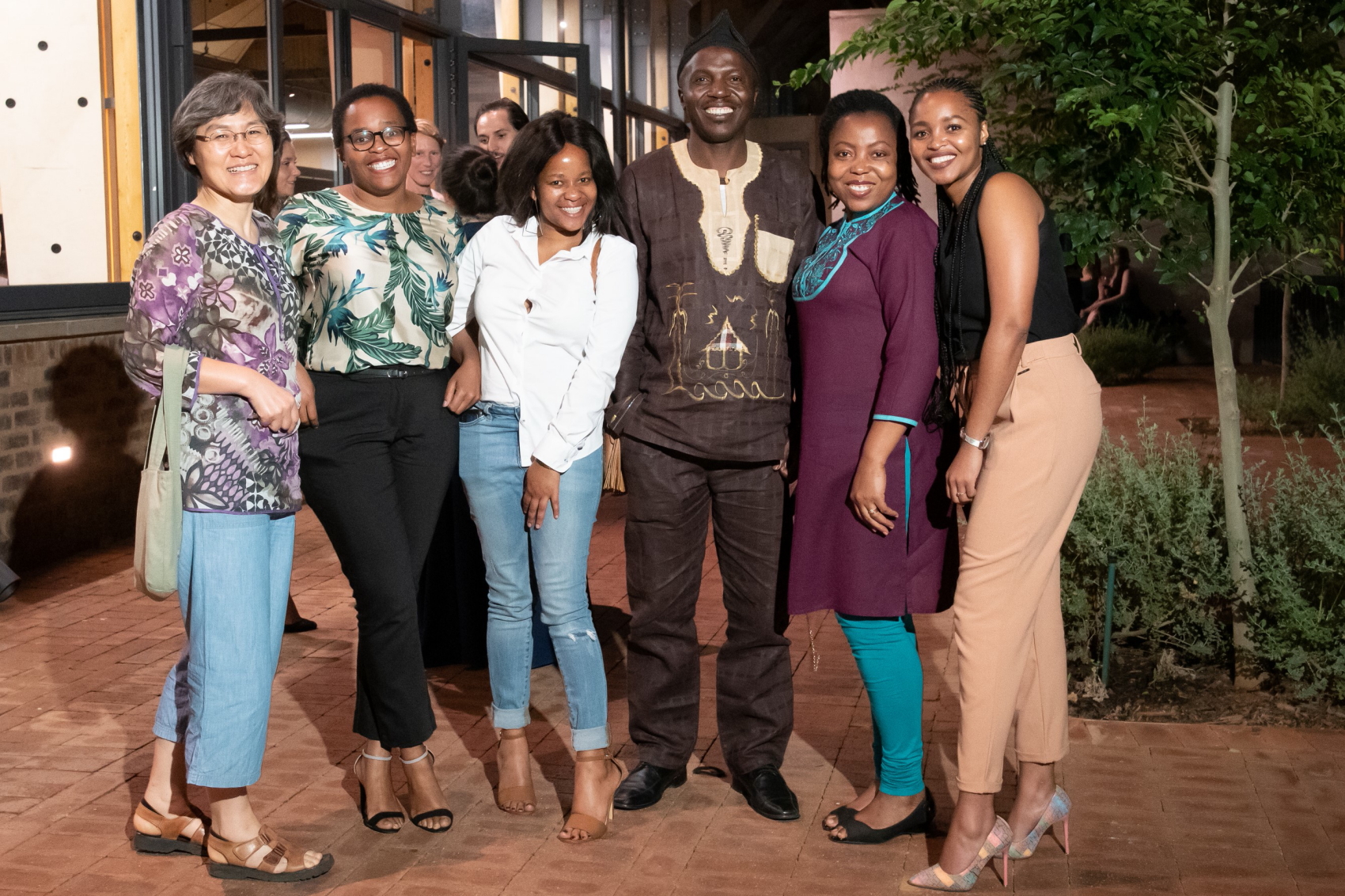 FABI Director Prof. Bernard Slippers applauded the passion with which FABIans had “weathered storms” in 2019 at the Institute’s year-end and awards ceremony on 16 November. He said this passion and a culture of excellence were strong enough to “weather changes” and to allow FABIans to exploit new opportunities during challenging times in the future. FABIans celebrated their successes on the night at the University of Pretoria’s Future Africa campus with colleagues, friends and the Institute’s academic partners.

Guests included Vice-Principal for Research and Postgraduate Education at UP Prof. Stephanie Burton (also chairperson of the Steering Committee of the CTHB); Dean of the Faculty of Natural and Agricultural Sciences Prof. Barend Erasmus (who delivered the keynote address); head of the Department of Biochemistry, Genetics and Microbiology at UP, Prof. Paulette Bloomer; Director of the Centre for Microbial Ecology and Genomics, Prof. Don Cowan; Extraordinary Prof. Coert Geldenhuys of UP and Stellenbosch University; Vice-Chancellor of Bindura University of Science Education, Prof. Eddie Mwenje and Extraordinary Prof Steve Verryn.

In his address, Prof. Erasmus highlighted the “tipping points” that the planet faces because of climate change. Prof. Erasmus warned that because Africa is warming at twice the global rate, it needed “bold and brave action” to counter its effects. He asserted that the Continent could not rely on legislation alone in its response to climate change. “Deep scholarship” and “quantitative science”, which he suggested were critical to nurturing “interdisciplinary scientists to drive the continent’s responses in addressing the social and economic effects of climate change, he said. He said FABI was perfectly placed to form partnerships with researchers across various disciplines to achieve this.

In the new category, Best Postdoctoral Fellow, two awards were given to Dr Marc Bouwer and Dr Victoria Maloney. Angel Maduke received the FABI Award for Mentorship. The Best Student Website awards went to Elisa Pal and Josephine Queffelec. Darryl Herron, Joey Hulbert and the five students who make up the CTHB Outreach Team; Juanita Avontuur, Modjadji Makwela, Sthembiso Mngadi, Fezile Mthunzi and Benedicta Swalarsk-Parry were lauded as ambassadors of the Institute and received the FABI Award for Getting the Message to the Public.