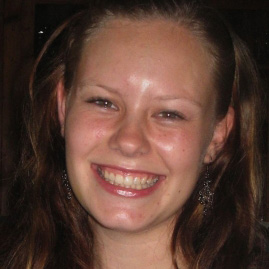 Currently, I am a postdoctoral fellow within the ARP with a research focus of unravelling callose deposition in avocado as a defense mechanism against the root rot pathogen, Phytophthora cinnamomi.

As part of my PhD study (Functional genomics of the cercosporin biosynthetic gene cluster in the maize pathogen Cercospora zeina), I conducted research into the causal agent of the economically important maize disease, grey leaf spot. Fungi in the genus Cercospora are pathogens of many economically important crops worldwide and their pathogenicity is linked to the production of the phytotoxin, cercosporin. Although it is highly pathogenic on maize, C. zeina fails to produce cercosporin. Using genome and RNA sequence data, I annotated the C. zeina cercosporin toxin biosynthetic (CTB) gene cluster. The CTB7 gene exhibited a suite of insertions and deletions, encoding a non-functional oxidoreductase enzyme which is essential for cercosporin biosynthesis. This defect was common to geographically separated isolates of the fungus from Africa and the USA, and facilitated the development of a diagnostic PCR assay to distinguish between isolates of the sibling species Cercospora zeae-maydis and C. zeina. Subsequently, I developed an Agrobacterium transformation protocol, which I utilised to transfer the functional CTB7 from C. zeae-maydis into C. zeina. Using HPLC-MS, I demonstrated that the transformants were capable of producing cercosporin, thus confirming that the defective CTB7 is the bottleneck for cercosporin production in C. zeina.